Spoilers ahead for Big Little Lies season 2. With only one week left before the Big Little Lies season finale, it still feels like way too much is up in the air. So of course, the internet’s finest HBO superfans are sharing Big Little Lies season 2 finale theories about how these major plot lines will play out. Will Ed ever forgive Madeline for cheating? Is Corey telling the truth about his trip to the police station? Will Bonnie finally crack under pressure and confess? And finally: Who will win custody of Celeste’s kids?

Given that BLL likely won’t return for a third season, these are all questions we definitively need answered. The Monterey Five have had such a devastatingly hard time of it this season: Bonnie, Madeline and Renata’s marriages are crumbling, Celeste’s drowning in grief and under attack from Mary Louise, and Jane — finally on the cusp of getting the kind of love story she deserves — has just been handed another huge reason not to trust the man wooing her. HBO wouldn’t put these women through so much and then not leave us with a satisfying resolution, right? Right?!

If this season taught us anything, it’s that we can’t predict what will happen next — but hey. Let’s do it anyway. Without further ado, our favorite theories for how BLL Season 2 will end.

There’s a Connection Between Mary Louise and Corey 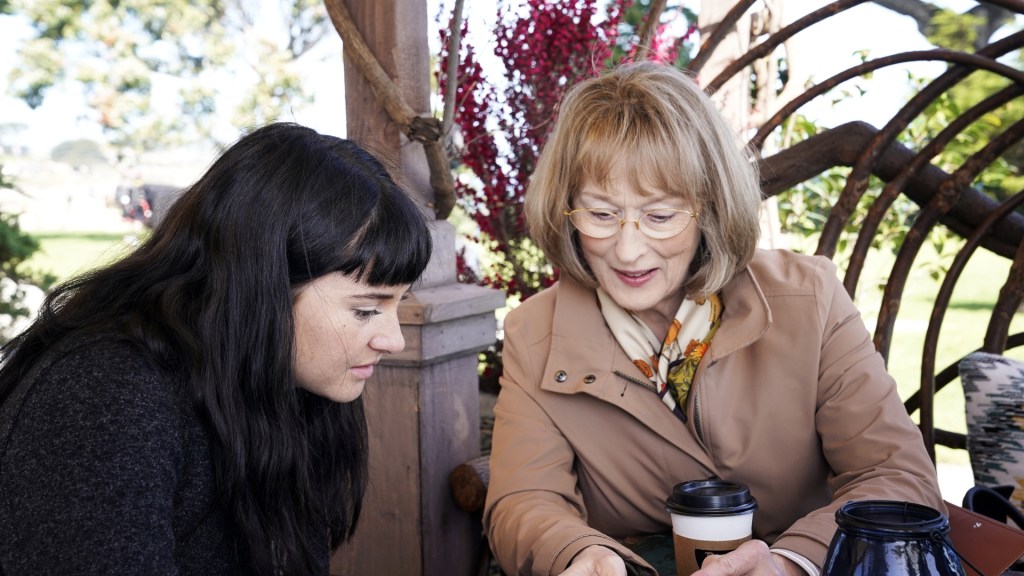 Fans have been suspicious about Corey ever since he came out of that police station, and one Redditor thinks his backstory could be the biggest twist yet. Given the mentions of Mary Louise’s other son who died (Perry’s brother), which have not yet been fully addressed, this Redditor believes it’s coming up in the finale — and that Corey will be revealed as Perry’s brother. They have their reasons: Mary Louise and Corey haven’t yet crossed paths, and it could make for a shocking reveal; Jane froze up while dancing with Corey at Amabella’s birthday, possibly signaling that his physicality reminded her of Perry; Corey could have been at the police station trying to gather information about his missing brother. Whether or not these exact details are correct, it seems that the audience — and Jane herself — need a little more information about Corey before letting our suspicions go.

Corey’s True Profession Will Come Out 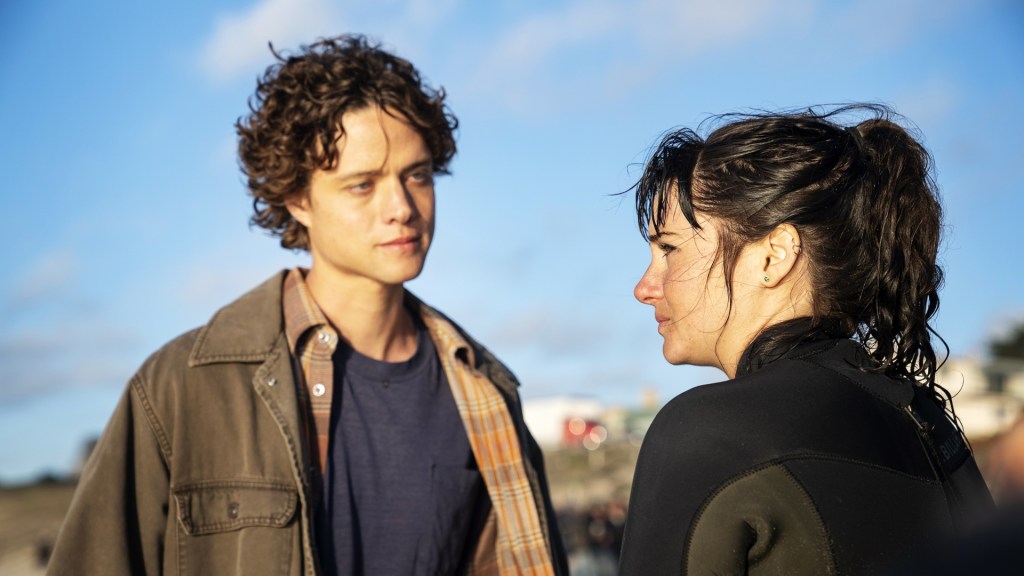 Another theory about Corey’s true identity goes back to the Big Little Lies novel, in which a journalist is interviewing Monterey residents for a book she’s writing. This Redditor posits that Corey is playing the journalist role, and that he’s been getting close to Jane in order to find out more about what actually happened that night. He could be working with Detective Quinlan and “[taking] advantage of his civilian status to do what the cops can’t do” — or he could just be an eager opportunist curious to get closer to the town’s scandal. After all, he was the first to tell Jane about their nickname as the Monterey Five. Journalist or not, he seems to have an ear for Perry-related gossip. 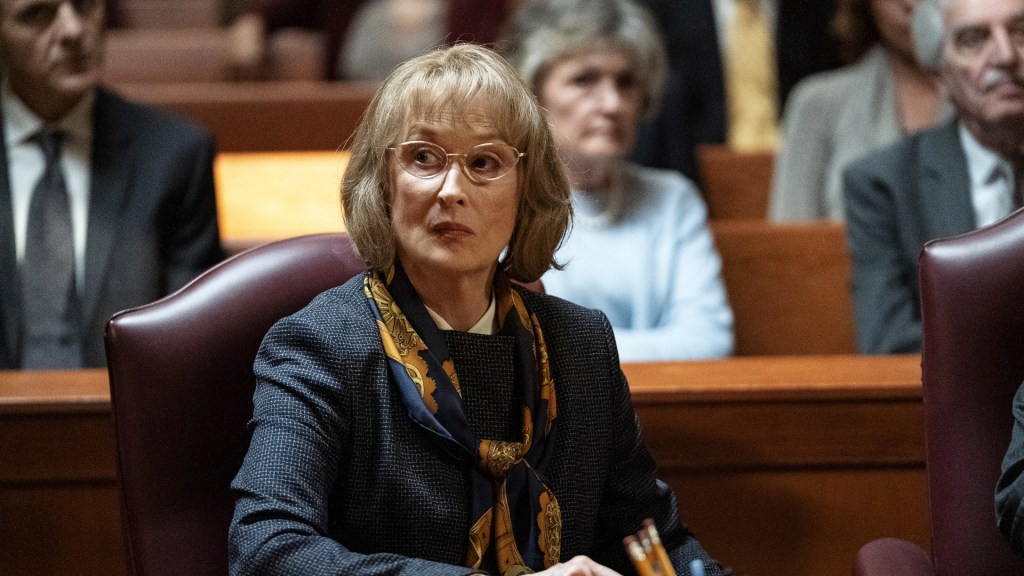 The big event of the season finale will of course be Mary Louise’s testimony, and we have a lot of questions. How did Perry’s brother die? How did Perry himself turn into such a monster? What happened in her life to make her such a cold-hearted villain, and why would the court ever put another set of young boys in her care?! (OK, that last question is more for the judge.)  “I think either Mary Louise killed him or Perry killed his brother and she covered it up for him.” one Redditor writes. Another agrees: “Mary Louise covered it up as an ‘accident’ which makes Perry’s death and subsequent cover up more ironic in retrospect.” And of course, the third option: Mary Louise faked the son’s death, and Raymond AKA Corey is still alive — and taking the witness stand next week. Can you even imagine Mary Louise’s face?

Someone Will Find Bonnie’s Journal 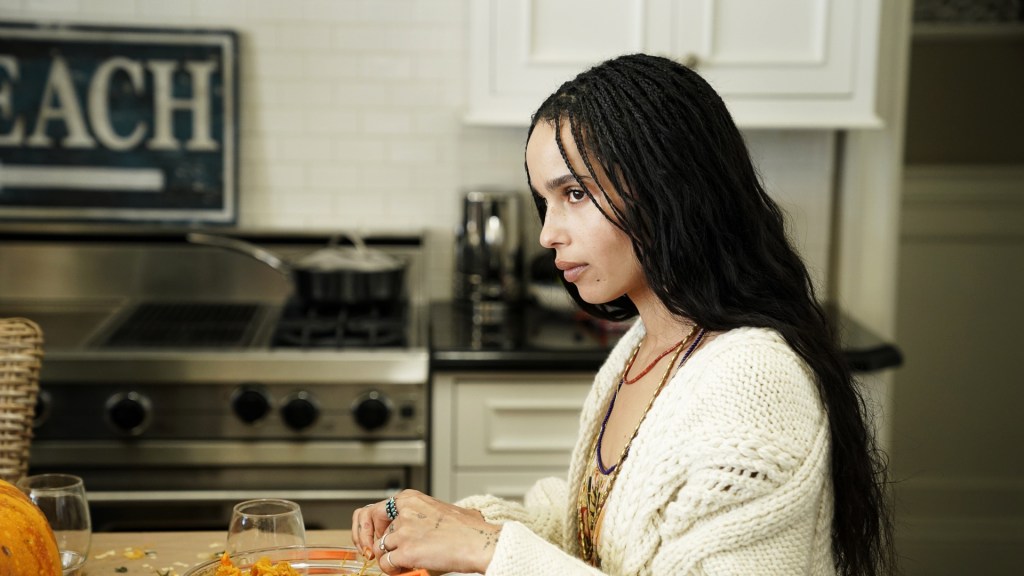 After Bonnie’s very moving speech to her mother, fans deeply felt for her — but ultimately questioned her judgment in actually writing those words down in a physical book. With Quinlan on a mad hunt for a confession, the idea of having one in writing is pretty unsettling, especially in a town like Monterey where no one hesitates to invade each other’s personal space. It could be that Bonnie’s mother wakes up and sees the notebook, that Quinlan pays another visit to Bonnie and finds it, or even that Nathan peers through it, still hoping to figure out what’s going on in his wife’s head. (He probably won’t be so crazy about the other parts of the confession he finds either.) We’re glad Bonnie got some closure. But maybe she could get even more closure by burning that piece of paper immediately?

Ed Will Confess To Madeline About Tori 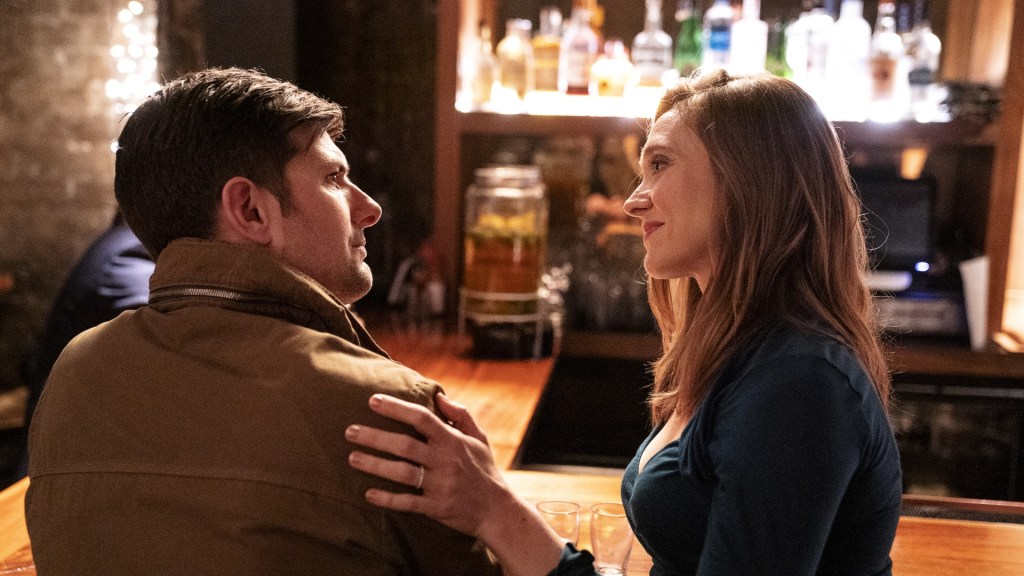 Ed and Madeline’s relationship is still in a very precarious place: One minute, he’s across a table from Tori telling him he’s on her bucket list; the next, Madeline’s dancing in her old wedding dress and bringing a reluctant smile to Ed’s face. Ed seems tempted, certainly — though it’s unclear whether he’s motivated by desire or revenge. Now that someone appears to have seen Ed and Tori together, though, fans are sure of one thing: Madeline is going to find out about their chats. “I think he’ll just be honest,” one Redditor writes. “He too was tempted, but ultimately he loves her and is ready to move on.” That’s kind of a best-case scenario for this plot line —  though then again, we certainly wouldn’t want to be in the position of telling Madeline Mackenzie we almost cheated on her. Would it be fair for her to react by lashing out? No. But might she do it anyway? Absolutely. 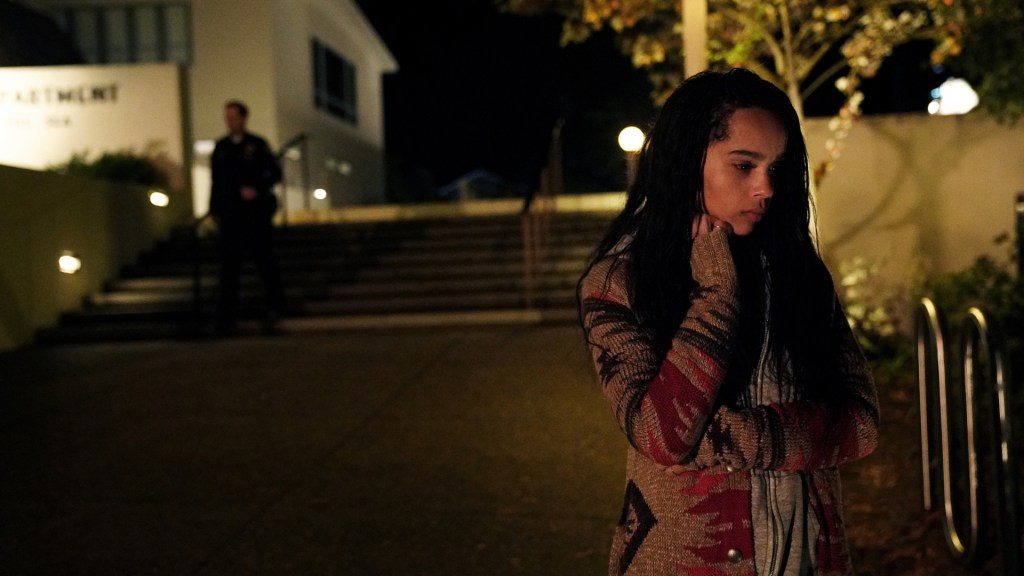 We’ve already covered the theory that Bonnie will drown at the end of this season. But with one episode left, Bonnie’s mother’s visions don’t seem to be going anywhere, even from the depths of a coma (earlier visions included Bonnie floating face down in water, and Bonnie’s dad mentioned her drowning vision too). And Bonnie may have unburdened herself slightly with her bedside confession, but Quinlan is nowhere near letting this go — and the rest of the Monterey Five are not up for telling the truth. Bonnie still stands the most to lose from this particular secret. As the one to deliver the final push, she’s ultimately the one who could be on trial. It could be that the pressure will simply become too much for her — or, that someone still mourning Perry (Mary Louise?) could take Bonnie’s fate into her own hands when denied “justice” in court.