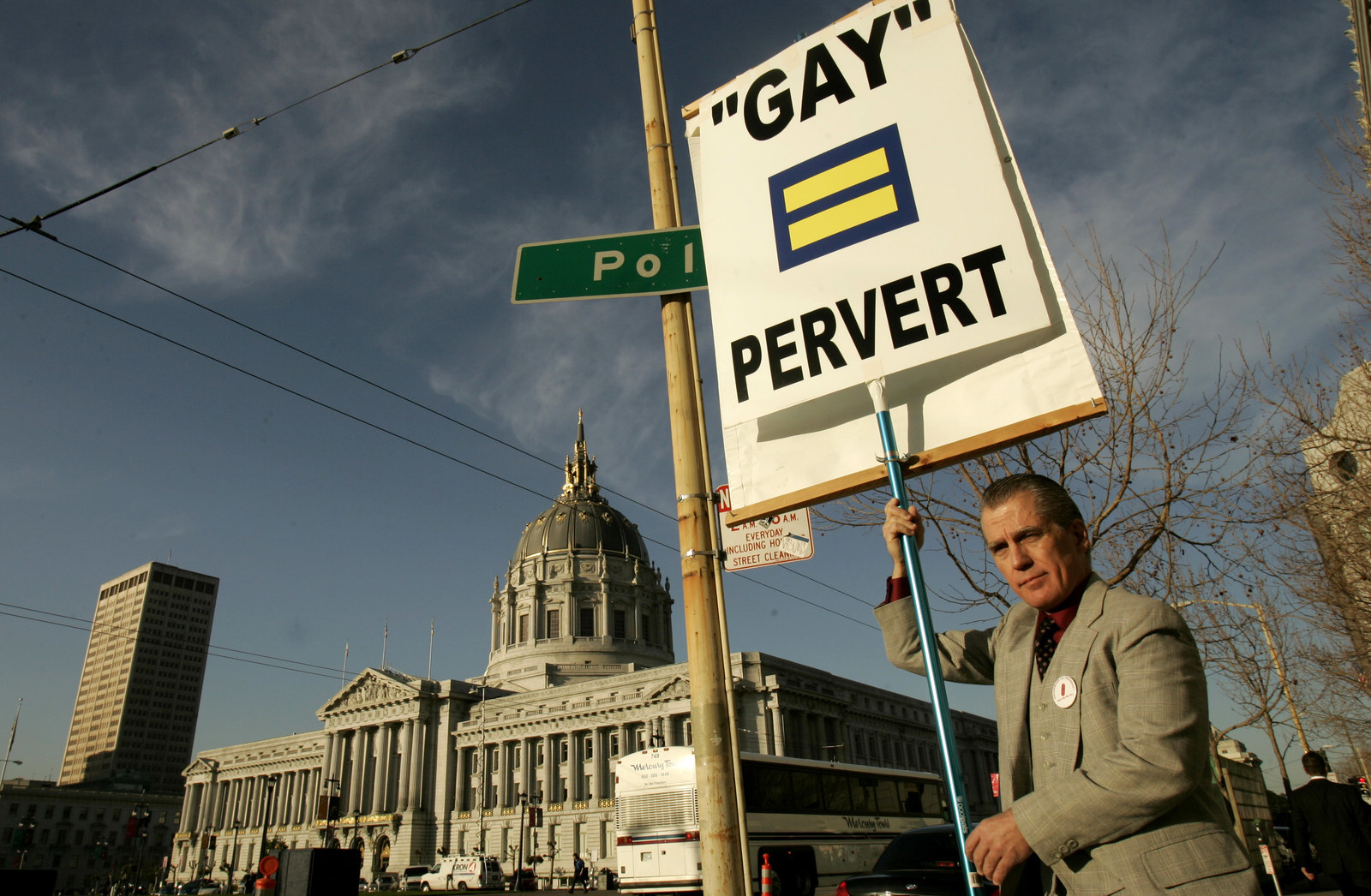 Don Grundmann, one of the organizers of the “straight pride” rally, in 2008 protesting same-sex marriage outside the California Supreme Court.

A failed US Senate candidate who believes that the LGBTQ community is waging a “cultural attack” on society is planning a “straight pride” rally in Northern California to promote “whiteness” and “Western civilization,” and is asking members of a far-right extremist group to show up in force.

Grundmann, a 67-year-old chiropractor based in San Jose, told BuzzFeed News that the event aims to celebrate masculinity, femininity, “the natural family of man, woman, and children,” babies, “Western civilization,” Christianity, and “whiteness.”

“A celebration of life is just a celebration of natural functions of heterosexuality which are under attack actually, culturally in our society,” Grundmann said. “All those things we are defending and celebrating and that makes up the core of our beliefs.”

The LGBTQ movement, he said, “is a massive multibillion-dollar social engineering movement to destroy the foundations of our culture,” resulting in a “24/7 psychological war against the appearance of conscience.”

On its website, the National Straight Pride Coalition claims the “inherent superiority” of whiteness, Christianity, Western civilization, and heterosexuality.

The event, scheduled for Aug. 24 at Graceada Park, has sparked outrage in the Central Valley city, with many calling on officials to deny the permit, but officials may not have the legal grounds to do so. 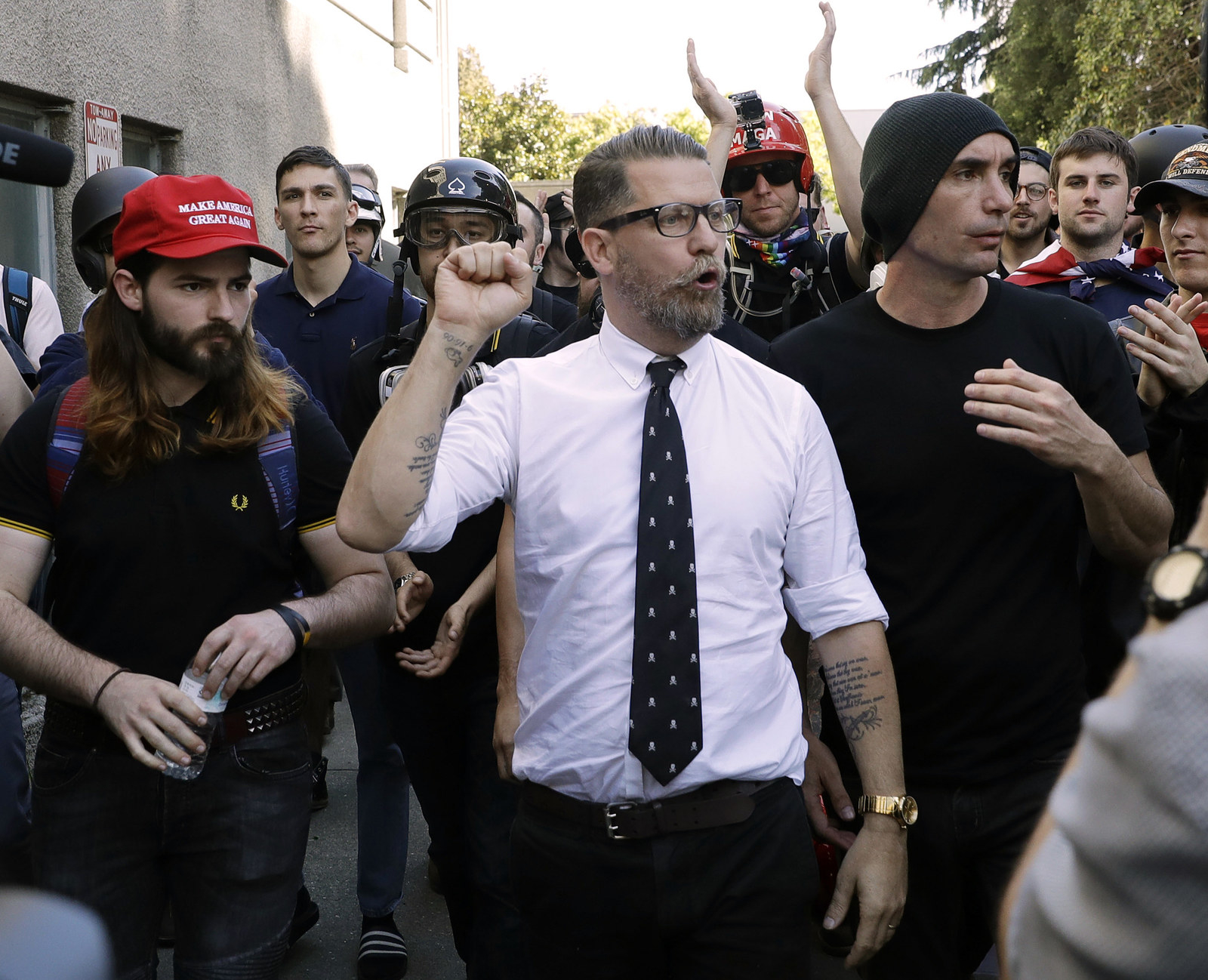 Gavin McInnes, founder of the Proud Boys, is surrounded by supporters after speaking at a rally in Berkeley.

The Bay Area chiropractor said he was inspired to put on the event after reading a column last year by then-Dixon vice mayor Ted Hickman proclaiming July “Straight Pride American Month.” Hickman faced widespread backlash for the piece and was voted out of office months later.

“He was the originator and we’re just carrying forth that idea but in a much more expansive way,” said Grundmann, a longtime opponent of same-sex marriage.

The goal, he said, is to start straight pride chapters in other parts of the country, ideally in every state.

Grundmann has run several unsuccessful campaigns for state legislature and Congress since the early 1990s, first as a Republican, then as a member of the American Independent Party. He now runs all of his campaigns under the Constitution Party of California, which has not qualified to appear as a political party on the state ballot.

On his most recent campaign website, Grundmann calls for a ban on same-sex marriage, sealing the Mexico border, abolishing the Internal Revenue Service and the Federal Reserve System, and a ban on “all vaccinations of children.”

He said he ultimately created the straight pride coalition, which is currently only active in California, this year in response to drag queen story hours, which he described as part of “a broad attack against society.” 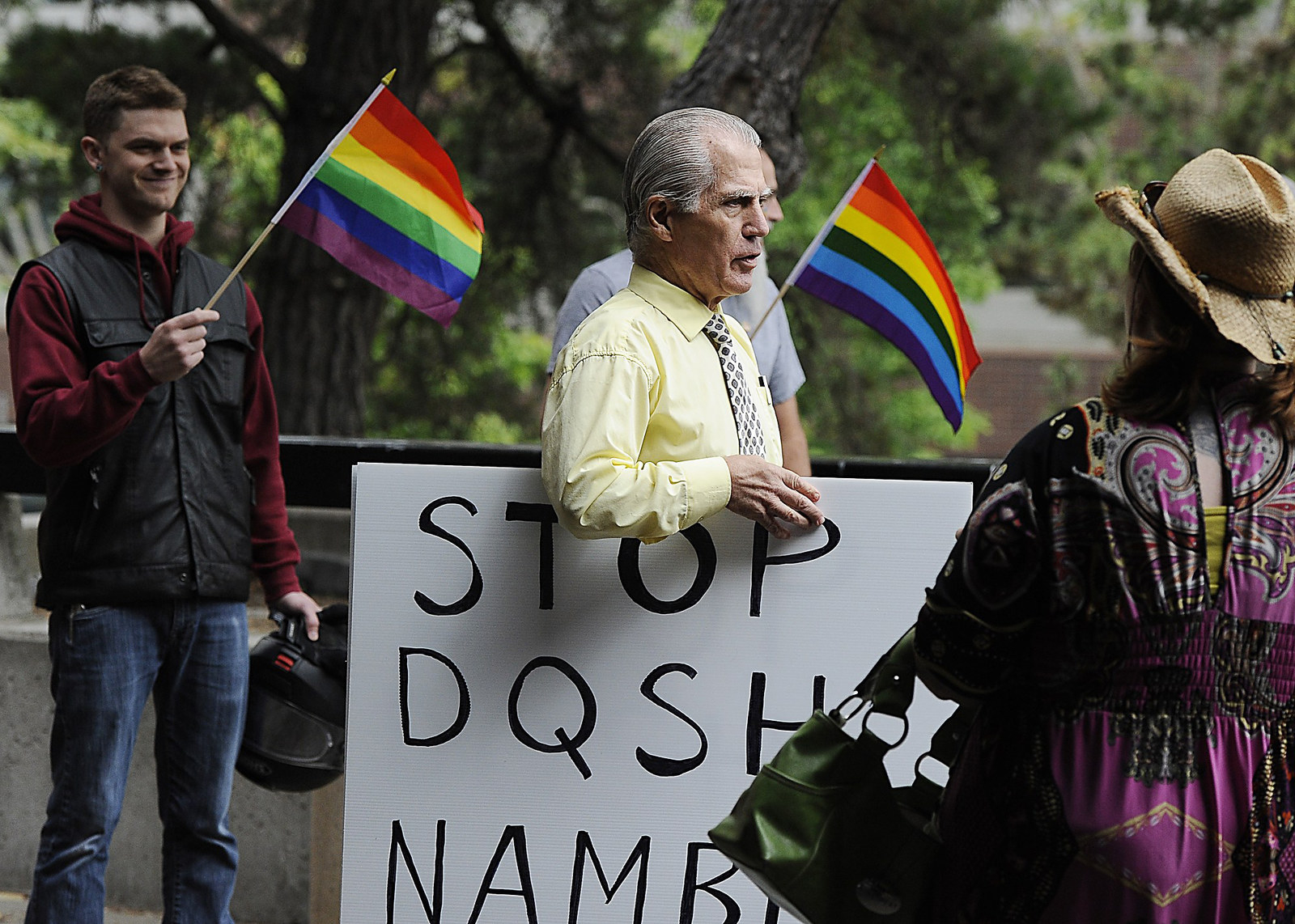 “We believe they were a very sophisticated social engineering way to molest children mentally, emotionally, and spiritually,” Grundmann said. “We believe these are crimes against children.”

Grundmann dismisses criticism that his group is promoting hatred, saying that the idea of hate is a socially engineered concept.

“We’re not haters. You can call us bigots in the sense that we’re bigots against the pathology which attacks people,” said Grundmann, who describes the LGBTQ community as suffering from a “soul cancer.” “We’re bigots against alcoholism, as an example, or anything which drags people from their God-given potential.”

Chris Ricci, president of the Modesto Progressive Democrats, said he was disappointed to learn the event was being planned in his community, saying the values the organizers are pushing are not Modesto’s values.

“What’s frustrating is that they are trying to wrap themselves up in the flag when they are opposing the basic premises of our constitution: freedom of religion, freedom for gay people to get married, freedom to control the destiny of your own body,” Ricci told BuzzFeed News.

His group is supporting a protest that’s being organized by community members.

“What we need to do as counter protesters is to make a loud declaration of what Modesto’s values really area, and they are acceptance and tolerance and overriding belief in equality,” Ricci said.

The 47-year-old Modesto resident said he believes the organizers of the straight pride rally have the right to put on the event but expressed concern about the potential financial hit the city could take as a result of the event and the protests it’s expected to attract.

When conservative political commentator Ann Coulter spoke at a Republican Party of Stanislaus County event in 2017, it cost the city nearly $65,000 to staff police to secure the area as demonstrators protested her appearance.

“For a city like Modesto that doesn’t have a massive budget, that’s a huge hit,” Ricci said.

Grundmann said he expects anti-fascist counterprotesters to show up, potentially setting up a clash between demonstrators. Anti-fascist protesters and far-right groups have recently gotten into violent confrontations in New York City and at demonstrations in Portland.

“Everyone hopes that it’s a peaceful situation and that everyone is able to express their opinions in a safe and respectable way,” Ricci said.