Ant and Dec will be ‘speaking to producers’ about Charlene White

For a few nights now Charlene White has refused to sleep in I’m A Celebrity…Get Me Out of Here! camp RV, but now Ant and Dec have said that they’re going to be having a word with producers about whether she is breaking the rules.

Despite being voted deputy camp leader earlier this week, Charlene has chosen not to sleep alongside camp leader Matt Hancock in the caravan.

When first inspecting her new digs, the Loose Women star found it full of spiders, one of which had also made its way into her bed.

Squealing, she exclaimed: ‘I can’t do this tonight’ and later said that her ‘bravery levels are done for today’.

Since Sunday, Charlene has continued sleeping out in the open, but it’s sparked criticism about whether she should suck it up, especially after comedian Seann Walsh pleaded with his fellow campmate for a bed swap as he complained about having a bad back due to sleeping in a hammock.

Speaking in an Instagram Live on Thursday, Ant and Dec took audience questions, with more than a few asking about what was happening, and whether Charlene was breaking the rules. 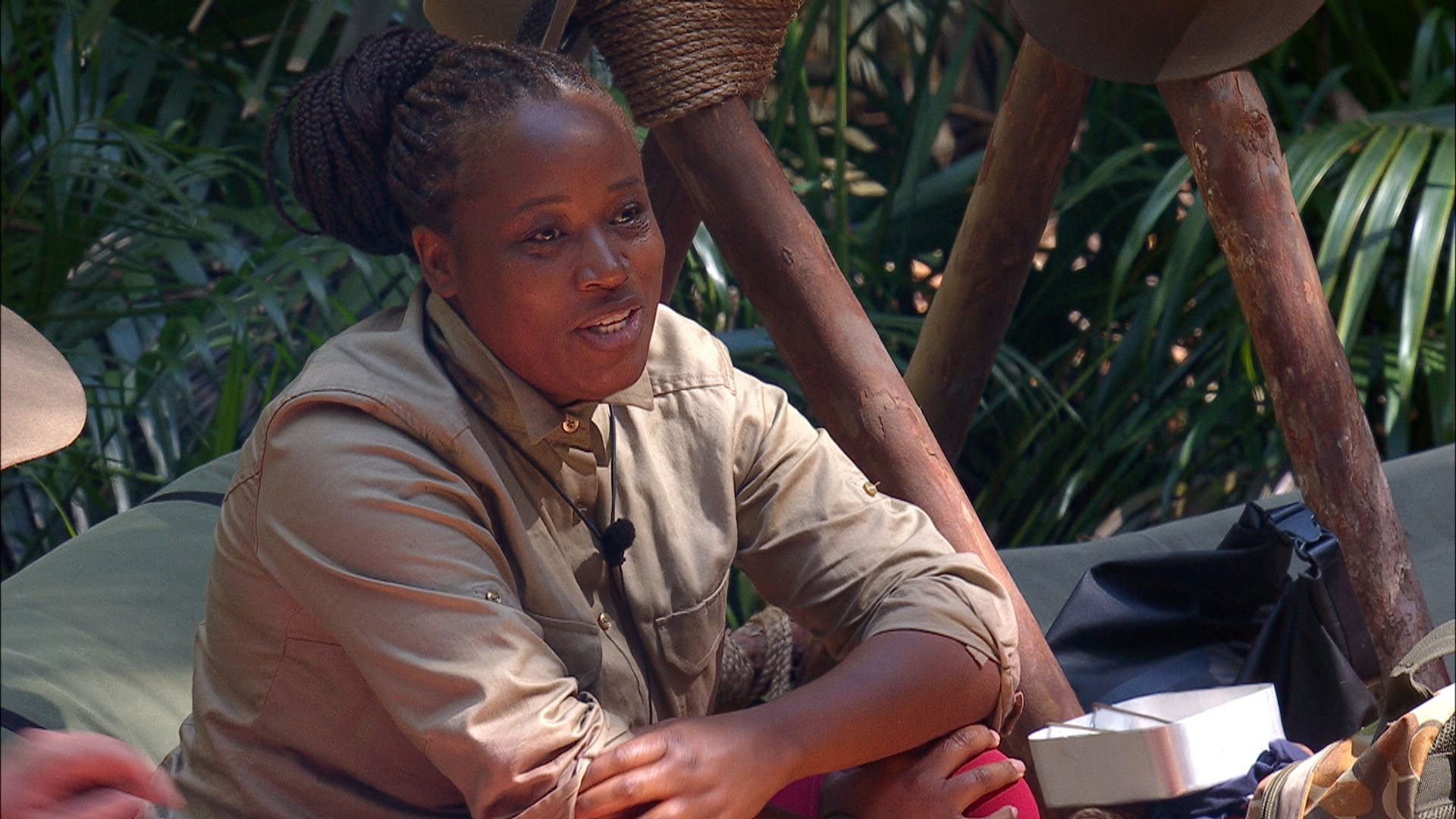 While many suggested it was simply that she didn’t want to share a room with Hancock, the pair agreed that although it might be the case, she should be considering her fellow campmates.

‘You’ve got to think of the others and if other people then have to sleep in a hammock because of your actions and have a bad back, you have got to look at your actions,’ Ant said.

‘I think maybe she is [breaking the rules] and I am going to speak to the producers about it,’ he added.

Their comments came after Mike Tindall also expressed his frustration over what was unfolding on Wednesday’s show.

‘If Charlene went in the RV, then another bed becomes available.

‘One less in the hammock, then hopefully that creates more, better night’s sleep for everyone.’

Tensions seem to be rising as bed allocations become a hot topic, with campmates pleading with Charlene to go to the RV and free up a wooden bed.

Meanwhile, Boy George is also refusing a bed swap, saying that he won’t be putting his hand up to head to a hammock.

I’m A Celebrity… Get Me Out of Here! continues tonight night at 9pm on ITV.