If you were on the internet at all this past weekend, it’s more than likely that you saw a video of actor Armie Hammer’s 2-year-old son sucking his toes.

Hammer posted the video on his Instagram story with the hashtag “#footfetishonfleek”, and it’s safe to say it got some…attention online.

People pretty much had the same reaction.

But while Hammer himself has remained silent on the subject, his wife, Elizabeth Chambers, did make her way to Instagram to defend him and explain why the whole thing happened in the first place.

In a comment on Perez Hilton’s Instagram post, Chambers explained that she had shared the video with their family because the fact that their son likes to play with feet is an “ongoing joke”. 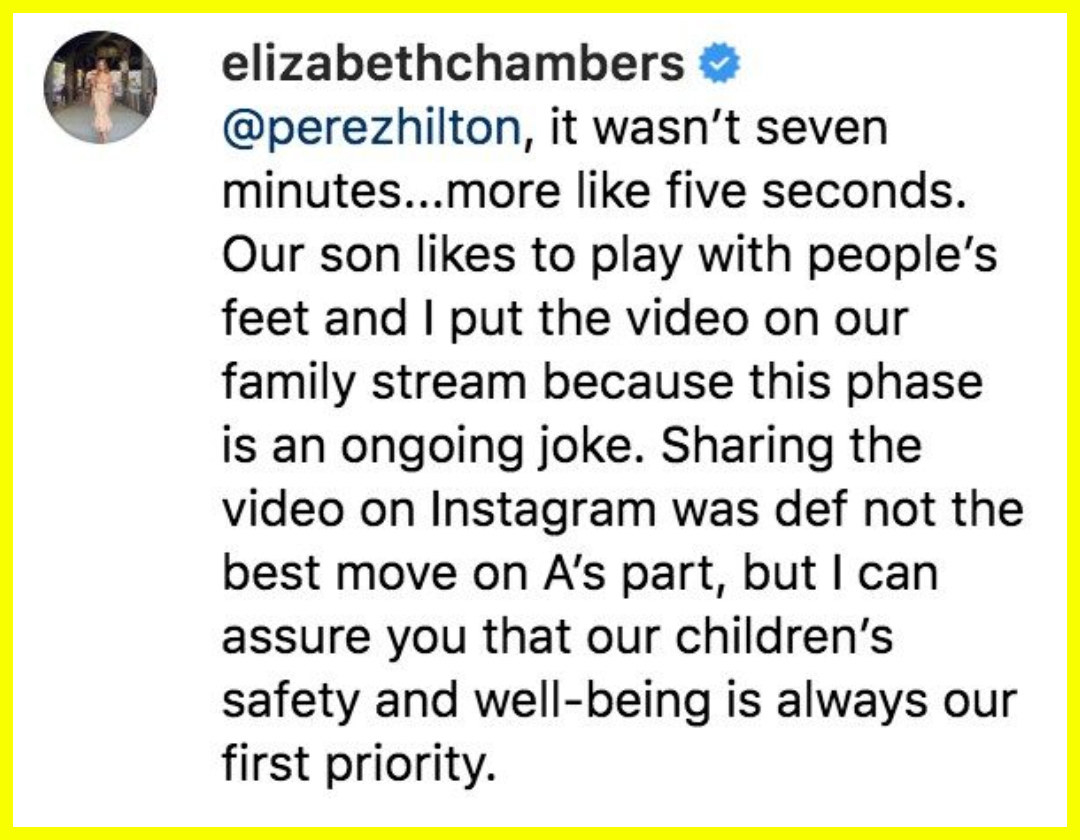 It appears that the comment has since been deleted.

“Sharing the video on Instagram was def not the best move on [Armie]’s part,” she continued, “but I can assure you that our children’s safety and well-being is always our first priority.”

Others defended Hammer and Chambers, saying kids just do weird stuff sometimes, and people shouldn’t read into it.

And one person said that while it’s not inappropriate, the video should never have been shared publicly. 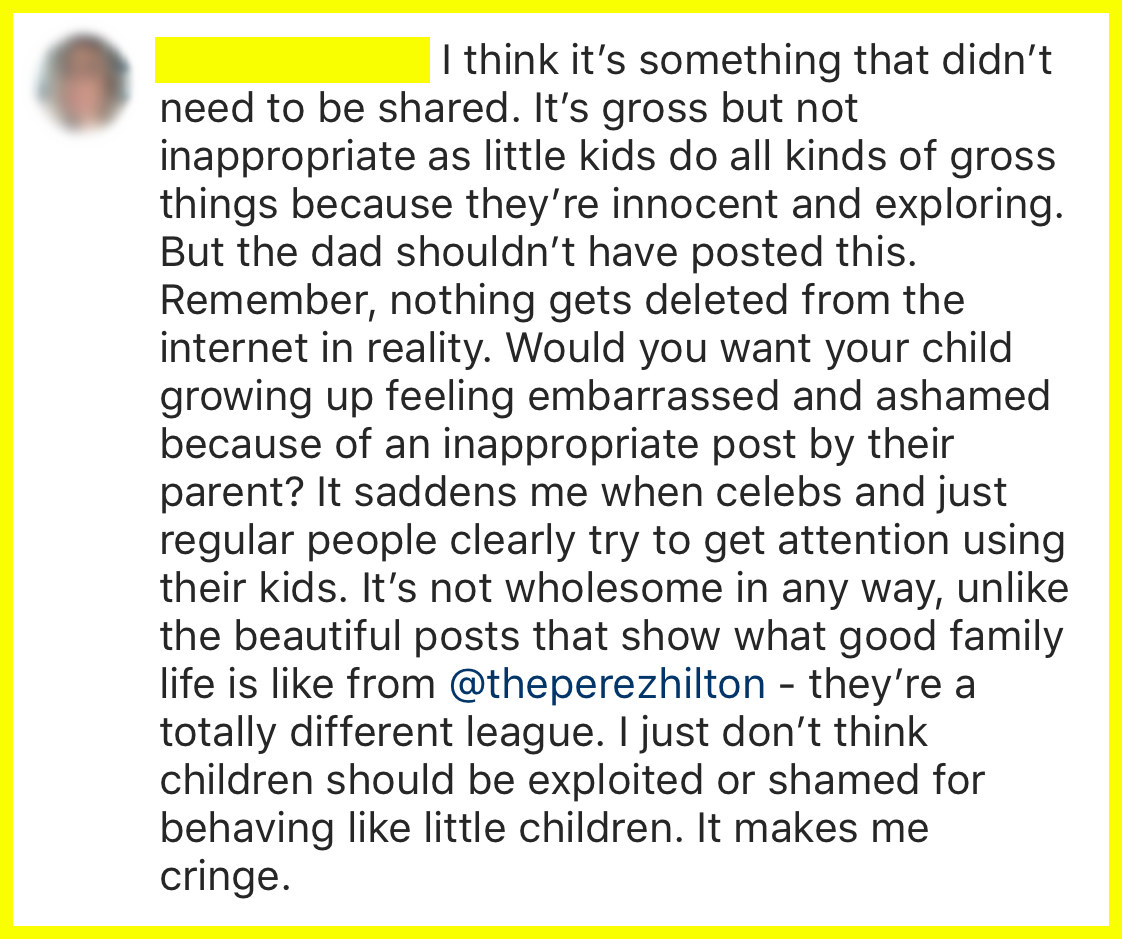 Ellie Bate is a celebrity reporter and talent coordinator at BuzzFeed UK and is based in London.