It’s been nearly 40 years since moviegoers saw Boba Fett, the fearsome bounty hunter of the original “Star Wars” saga, take an ill-fated tumble into the Great Pit of Carkoon, where he was presumed to have been devoured by the Sarlacc.

But death is often just a temporary state in “Star Wars,” and after his memorable (if mortifying) demise in “Return of the Jedi,” a very-much-alive Boba Fett has reappeared in subsequent novels, comic books and other media, having survived that seemingly fatal fall.

“The Mandalorian,” the Disney+ series set in the “Star Wars” universe, has also been building up to a fuller return of the enigmatic Fett: The character has been shown in cameo in past episodes, and in the most recent installment, “The Tragedy,” Fett played a central role when he came after the show’s title hero (Pedro Pascal) in search of his missing armor. 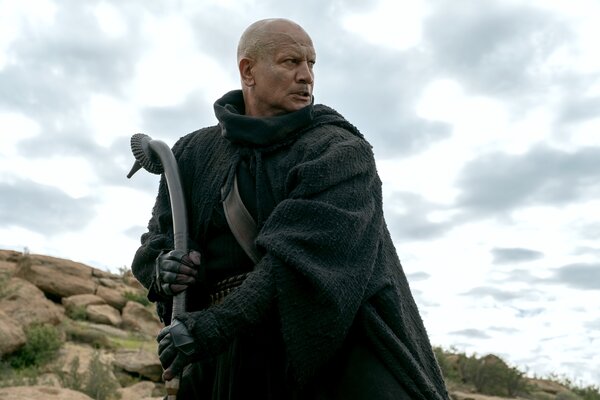 On “The Mandalorian,” Boba Fett is played by Temuera Morrison, a veteran of the “Star Wars” prequel movies. Morrison previously portrayed Jango Fett, the silver-suited soldier of fortune from “Episode II — Attack of the Clones” who provides the genetic template for the Republic’s Clone Army as well as for his own son, Boba, the future mercenary and nemesis of Han Solo.

(Multiple Morrisons appear in “Episode III — Revenge of the Sith,” in which he played various clone soldiers; he has also voiced Boba Fett and Jango Fett in several “Star Wars” video games, and his voice has been retroactively added to Boba Fett’s scenes in “The Empire Strikes Back” and “Return of the Jedi.”)

Morrison, who has also starred in films like “Once Were Warriors,” “Moana” and “Aquaman,” spoke on Friday about assuming the mantle of Boba Fett and his history with the “Star Wars” franchise. These are edited excerpts from that conversation.

How long have you been awaiting your opportunity to return to the “Star Wars” series?

There was a lot of stuff online about a possible “Star Wars” bounty-hunter film, and then I was watching all the new “Star Wars” movies coming out, wondering if they were ever going to do anything with Jango Fett. My agent and I had a number of discussions — when are they going to call me? But then I kept forgetting about it. In this day and age, they have a number of options. They could have called other people to play the part. They can go with a fresh face. They could have called the Rock. I felt so grateful that after all this time, something came to be.

What happened when you finally got the call that the series creator Jon Favreau and executive producer Dave Filoni wanted to meet with you?

I wasn’t even quite sure what “The Mandalorian” was about, but I kind of knew that Jango and Boba had their own Mandalorian history. At the time, I was in Los Angeles, meeting on another film, so I was pleasantly surprised to get the call. I actually got to the meeting quite early — I was so excited I got there about two hours early — and there were conceptual drawings on the wall. I saw an image that looked like me, and I said, I’m sure that’s me. But even then, I didn’t want to get too excited.

What did you discuss with them in that meeting?

I was just listening — I wasn’t discussing anything. I’m just nodding, going, yes, yes. Obviously they had their ideas about what they wanted to do, and they must have told me that they wanted me to play the role again. But I was so nervous that some of it was just going straight over my head. I was just going: “Wow! This is great.” It wasn’t until I got back in the car after the meeting that I went, “Is this actually going to happen?” But as you saw, it happened, all right.

Did they talk about his being a different, more seasoned Boba Fett than we saw in the early “Star Wars” films?

The one thing I can relate to is, I’m quite a mature man now and things always change. Sometimes you’re in Hollywood, in all the magazines and newspapers. And sometimes you end up in the fish and chip shop in New Zealand, where all the old magazines and papers go. You’re old news. [Laughs.]

Did your makeup and costume also help you find the character?

I was doing that kind of background work — what’s this guy going to look like? What’s he going to sound like? — and while they’re applying makeup, I’m going, well, here he is. We did quite a number of makeup tests and I worked closely with the makeup artist Brian Sipe. When I saw some of the scars on my face, I thought, well, maybe he does talk a little bit gravelly. Maybe his vocal cords have been affected as well. Then you put the costume on and it gives you a sense of power. The costume makes you feel like Superman. When I put the armor on for the first time, it just felt right.

How did you want to incorporate your cultural background into the role?

I come from the Maori nation of New Zealand, the Indigenous people — we’re the Down Under Polynesians — and I wanted to bring that kind of spirit and energy, which we call wairua. I’ve been trained in my cultural dance, which we call the haka. I’ve also been trained in some of our weapons, so that’s how I was able to manipulate some of the weapons in my fight scenes and work with the gaffi stick, which my character has.

How were you originally cast in the “Star Wars” prequels?

I give praise to George [Lucas] who made me Jango Fett in the first place. We filmed in Sydney, so he used quite a few actors from New Zealand and Australia. It wasn’t long after “Once Were Warriors” that I met with the casting people of “Star Wars,” and I feel that’s the movie that launched me in Hollywood. It wasn’t a big box-office movie here in America, but people in the industry saw it, and that opened a few more doors for me, that’s for sure.

What do you remember about your time on the set of “Attack of the Clones”?

I just had so much fun. I think I might have been killing George because I’d be singing on set, playing around with the weapons and wearing the outfits. I think I had too much fun. But I thought, man, if I get another opportunity to do this, I’m going to really get into it and do the best job that I can.

Did George Lucas explain to you that you would end up playing all these other characters who were cloned from Jango Fett?

Even when I finished the filming process, there was still quite a bit of work to do — I would keep getting calls from George: “OK, I just need you in the studio to voice some more stuff.” One moment I’m the voice of this, and then another guy, and then Commander Cody, and then a whole elite strike force. Things just kept going and going and going, but I didn’t mind.

Do you often hear from “Star Wars” fans who felt that Jango Fett suffered an unexpectedly abrupt death?

Yes, well, I know the feeling. I ended up watching “Attack of the Clones” in Dallas, and I was so excited to watch it with this new Dolby sound at the theater. I was just starting to enjoy myself when I got killed. “Wow, this is good. There I am.” [pause] “But anyway.” My journey in “Attack of the Clones” was pretty short-lived. But that was a long time ago. Now I’m back again.

I’m sorry that you’re going to get this question a lot, but “The Tragedy” doesn’t address how Boba Fett survived his encounter with the Sarlacc. Has that been explained to you? And do you know how the character stayed alive?

Ah, no, I don’t. There’s quite a bit of loose ends, and I’m not one of those guys that knows too much about the actual history. The fans of “Star Wars,” they have better knowledge of, What’s happened? How can he still be alive? I thought he was stuck in this place? I can find out more on the internet.

Has there been any talk of your returning as Boba Fett, whether on “The Mandalorian” or other “Star Wars” projects — even a series of his own?

I’m just going to have to wait and see. I think a lot of it depends on how things go with this season, but I don’t really know. I wanted to bring everything I had to that [episode] and give them a glimmer of what I can offer. There’s room for this to go someplace. I hope I’m going to be included.

Are you hoping to team up with Baby Yoda at some point?

Baby Yoda’s probably the biggest actor in Hollywood at the moment, but I never got to work with him very closely or with the people who move him around. I was using him in a not-so-good way, as bait. But hopefully I’ll get to meet him and we can have a little bonding session.