Buongiorno to only Ben Affleck and Jennifer Lopez, who are taking their amore to Venice ― OK, we’ll stop now ― where chances are they’ll make their red carpet debut as a newly formed couple.

The last time Bennifer hit a red carpet together it was for the premiere of the ill-fated “Gigli” back in 2003 right before their relationship imploded, so what better place to make new memories than the City of Love?

The pair were spotted arriving in Italy for the Venice Film Festival on Thursday ahead of the premiere of Affleck’s new period drama “The Last Duel,” which he co-wrote and stars in with Matt Damon.

The couple appeared to be as strong as ever, holding hands as they prepared to board a water taxi together. Lopez donned a white lacy frock, while Affleck kept things simple with all-black attire. Both wore masks and oversized sunglasses for the excursion.

In photos from the boat ride, Lopez and Affleck seemingly couldn’t stop smiling at each other and cuddling up before arriving on shore.

While it’s unclear whether Lopez will join Affleck at the premiere of the Ridley Scott drama, which also stars Adam Driver and Jodie Comer, it seems unlikely that she’d travel around the world for a high-profile event just to lay low in a hotel room.

Of course, the duo could be saving their big debut for Monday’s much-anticipated Met Gala, which was delayed last year due to the COVID-19 pandemic, as Lopez is reportedly one of many famous faces slated to attend the event.

The music superstar and the actor rekindled their romance after nearly two decades apart in April, after each split from their respective partners in a matter of months. Lopez ended her two-year engagement to Alex Rodriguez, while Affleck split with “Knives Out” star Ana De Armas in January after nearly a year of dating. 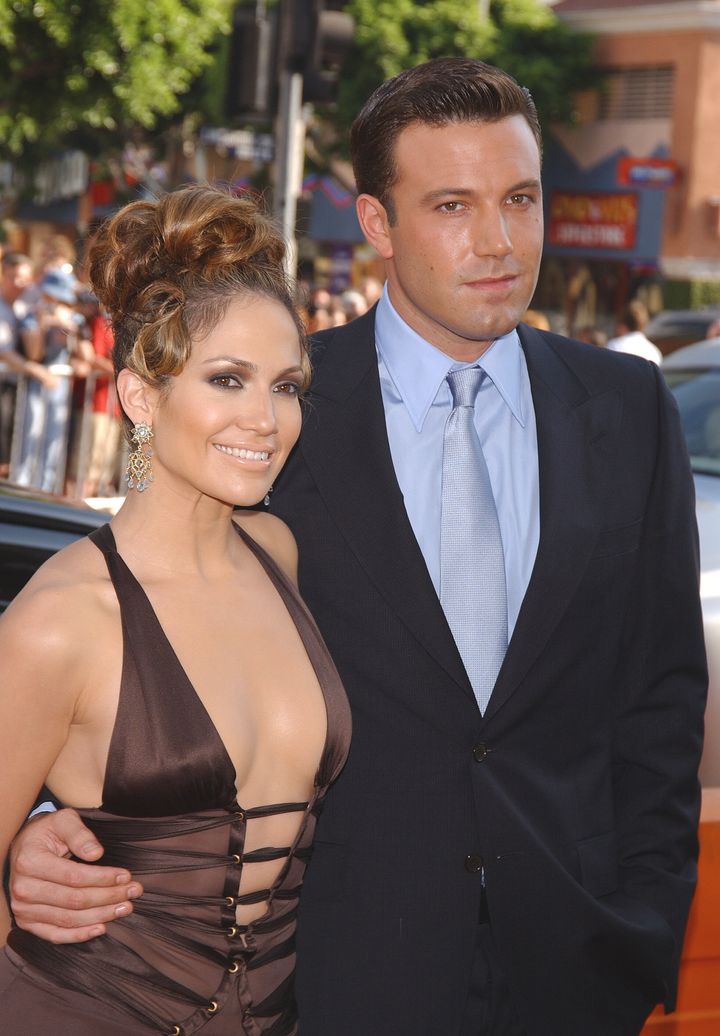 Bennifer, of course, first formed in the early 2000s after the two met on the set of “Gigli” and got engaged shortly thereafter. Lopez and Affleck eventually called off their September 2003 wedding and broke up at the beginning of 2004.

They don’t seem to be playing it safe this time around either, happily flaunting their love around the world, celebrating their birthdays, blending their families and even making things Instagram official with a makeout pic in July.

An unnamed source told People earlier this year that the pair “are in it for the long run” after they brought their children together for a trip to the Magic Castle in Los Angeles.

“Everything seems to be running smoothly,” a separate source added. “It’s very obvious that Jennifer is serious about Ben. She hasn’t looked this happy for a long time.”