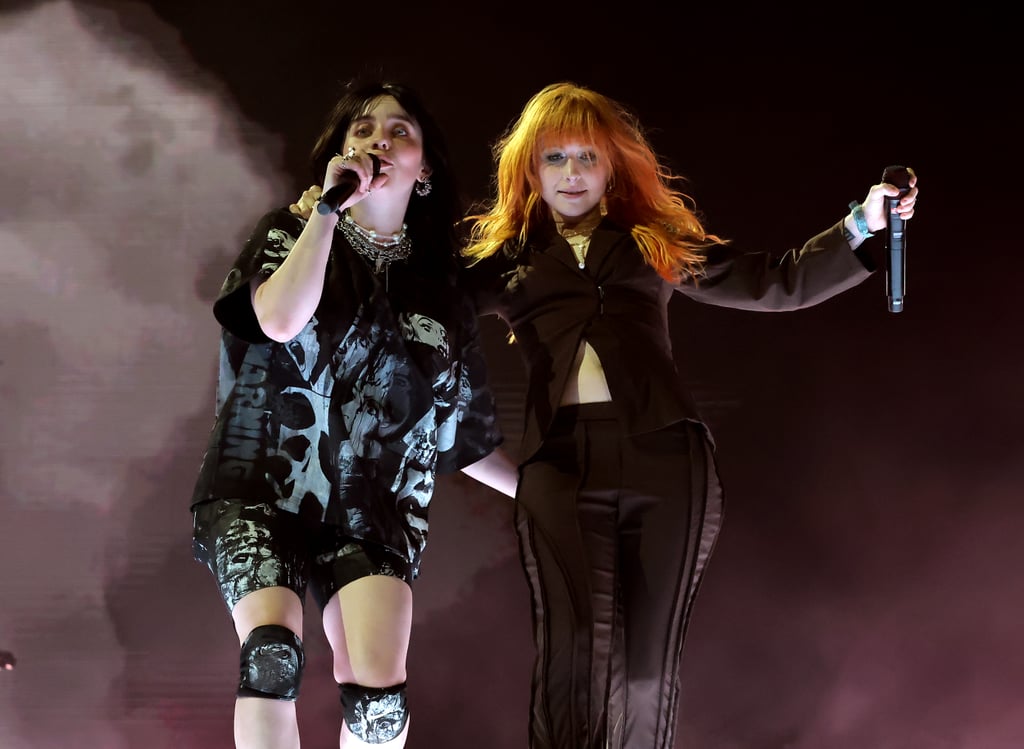 Billie Eilish has sway. During her second weekend headlining Coachella on April 28, the singer convinced Paramore lead singer Hayley Williams to bring “Misery Business” out of retirement. In addition to performing an acoustic rendition of the band’s pop-punk anthem, the two also closed the set with Eilish’s freight train of a single, “Happier Than Ever.”

Though the song is one of the band’s most recognizable, Paramore announced their decision to no longer perform “Misery Business” at a Nashville concert in 2018. “We wrote a song that now, as a 29-year-old woman, I don’t know that I’d use the same language,” Williams said, referring to the lyric “Once a wh*re, you’re nothing more / I’m sorry, that’ll never change.” She added at the time, “Calling someone a wh*re isn’t very cool.”

“Everybody, can we please welcome my friend, Hayley Williams,” Eilish said to the thousands in attendance. “Wow, my first Coachella,” Williams said. “Thanks for sharing this with me. This is sick.” Though she fanned out about Williams for much of the performance, Eilish pitched in with the chorus and second verse. It’s also worth noting she simply skipped over the aforementioned derogatory word.

Watch the duo’s nostalgia-inspiring performance ahead.