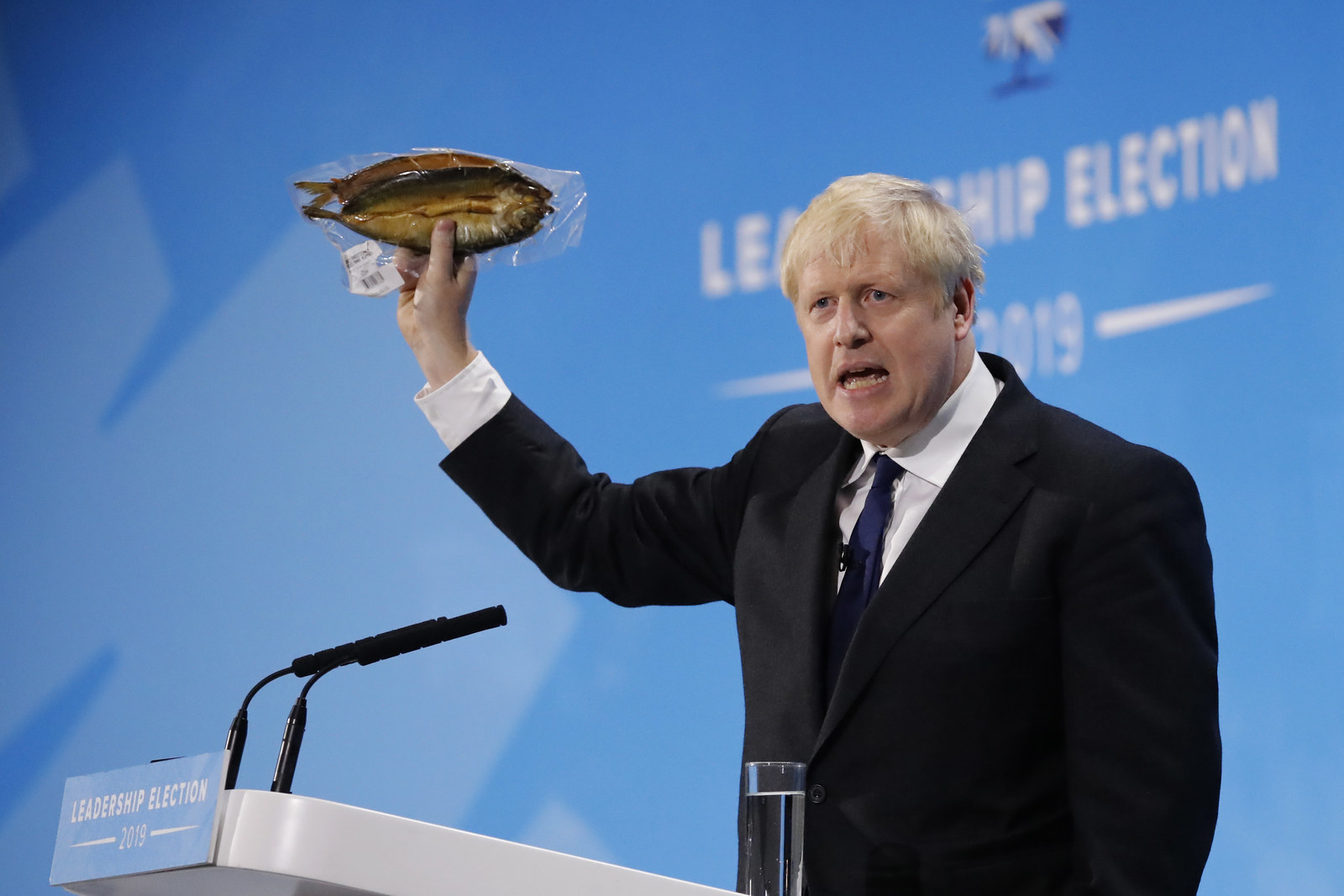 Boris Johnson has dominated media coverage of British politics during the Conservative leadership campaign, but the stories that have gone viral about the former foreign secretary on Facebook and Twitter have mainly been negative, according to a new analysis by BuzzFeed News.

A review of the 200 most shared articles about UK politics on social media since Theresa May announced she would resign two months ago, using data from the monitoring company BuzzSumo, reveals that Johnson’s bid for Downing Street has generated a massive amount of interest online, crowding out all other political figures.

But the articles that were most widely-circulated were those that emphasised questions about Johnson’s integrity and track record.

And that illustrates a looming problem for the likely next prime minister: While he appears to have the passionate support of around 160,000 rank-and-file Tories who now have the power to put him in Downing Street, he evokes strong negative feelings in many of the voters he’ll need to win a general election.

More than a quarter of the top 200 most shared political stories since May 25 have been about Johnson. But 55 percent of those have portrayed the leadership frontrunner negatively, according to BuzzFeed News’s analysis. Only four of the viral articles about Johnson were positive. The rest were neutral.

Those articles included several about the domestic argument between Johnson and his girlfriend Carrie Symonds. Another big story relating to Johnson was an attempt by an anti-Brexit activist to bring a private prosecution against him for allegedly lying during the 2016 EU referendum campaign, which was eventually thrown out by a judge.

An article in the Independent on May 29, headlined “Boris Johnson could go on trial for ‘lying and misleading’ in Brexit campaign, judge orders,” was the single most viral political story during the Tory leadership campaign, generating nearly 448,000 shares. 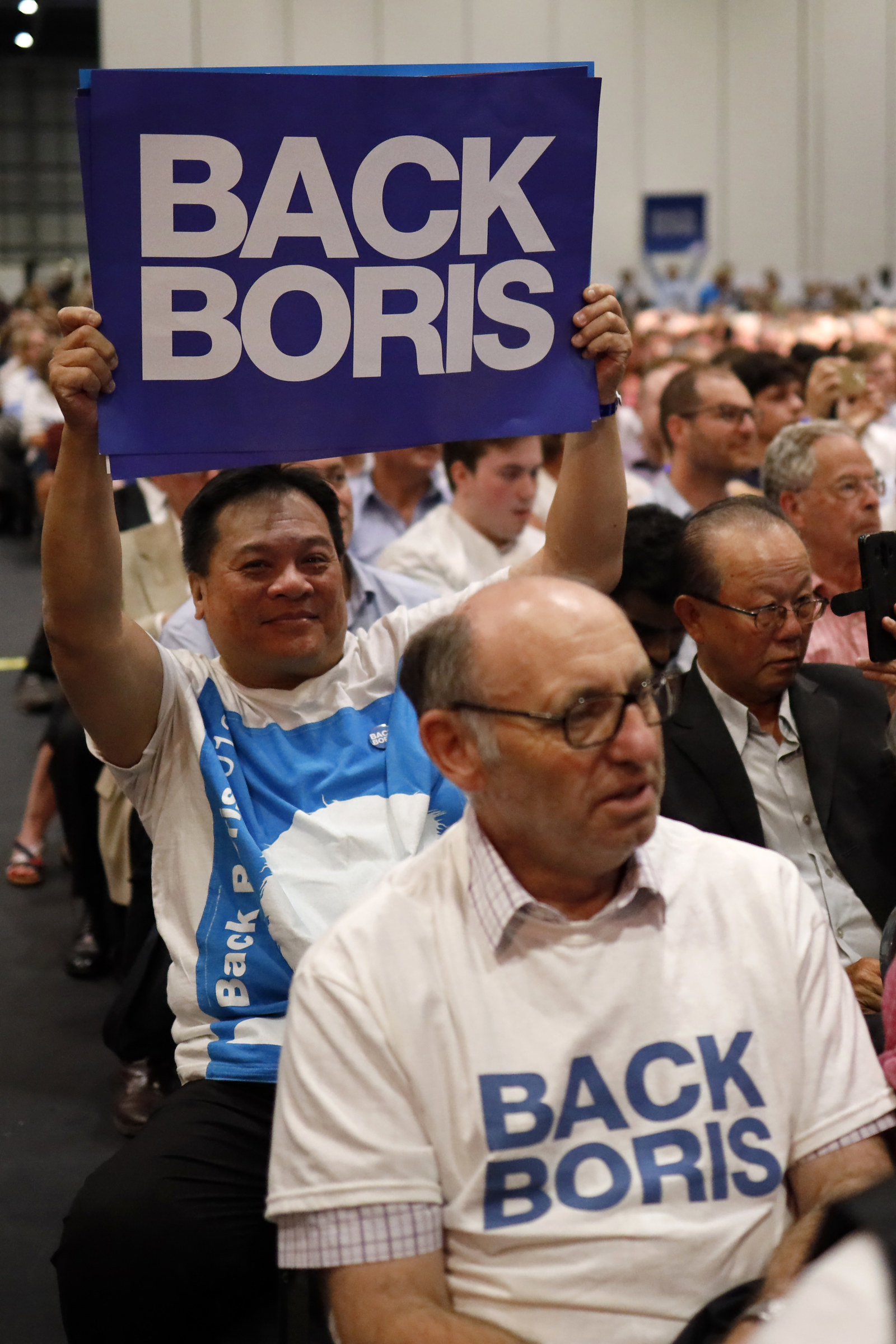 The data underlines both the strengths and the risks for the Conservatives in choosing Johnson as leader. His public profile and ability to draw attention are unmatched by any of his rivals. Supporters say he is the only senior Tory with the charisma and following to bring the party together and win a general election.

However, Johnson’s celebrity comes with a big downside, as many voters have firmly entrenched negative views of him based on his controversial personal life, his blunders and indiscretions as a frontline politician, the divisive leadership role he played in the 2016 Leave campaign, and the inflammatory things he has said as a newspaper and magazine columnist.

During the leadership campaign, many Westminster observers shrugged off negative stories about Johnson, arguing that no amount of adverse publicity would dent his popularity among the voters that matter most right now, the Tory membership. However, the heightened media scrutiny of him during the campaign could affect perceptions among the wider public.

The data suggests that recent articles which took a deeper look at Johnson’s record as a politician and journalist, resurfacing some of his most embarrassing and controversial moments, have gained a wide audience.

One example: Max Hastings, a former editor of the Daily Telegraph, who was Johnson’s boss for a while, wrote an article in the Guardian arguing that Johnson was cowardly, morally bankrupt and “utterly unfit to be prime minister”. It was shared 144,000 times.

One of Johnson’s main outlets in the media is his weekly column in the Daily Telegraph, for which he is paid £275,000 a year by the newspaper. Although it is widely followed in Westminster, its influence on social media does not appear to be as great as it is offline.

Although the Telegraph has published eight of Johnson’s columns since May announced she was leaving Downing Street, only one of them made it into the top 200 political articles: a column on June 23 insisting that the UK will leave the EU on October 31.

Nigel Farage’s column for the Telegraph tends to get shared more on social media, the data shows.

Of Johnson’s domestic policy proposals, the one which made the biggest impression on social media was his promise to cut income tax for high earners. Four of the top 200 articles were about Johnson’s plan to increase the amount at which salary earners must pay the higher income tax rate of 40 percent.

Jeremy Hunt, Johnson’s rival for the Tory leadership, has generated far less buzz on social media, according to the analysis.

Twenty-one of the top 200 articles were about Hunt, fewer than half as many as Johnson, although the heightened scrutiny around the Tory leadership contest meant that Hunt got more shares than opposition leaders like Corbyn and Farage.

Hunt’s biggest moment of the campaign, according to the sharing data, was when he suggested he would legalise fox hunting if he becomes prime minister, unexpectedly reviving a highly emotive issue that hurt Theresa May among some demographics in the 2017 general election.

One story in the Daily Mirror on July 3, “Tory leadership hopeful Jeremy Hunt admits he wants to bring back fox hunting,” was the 12th most shared article of the leadership campaign and the most viral involving Hunt, with 105,000 shares. 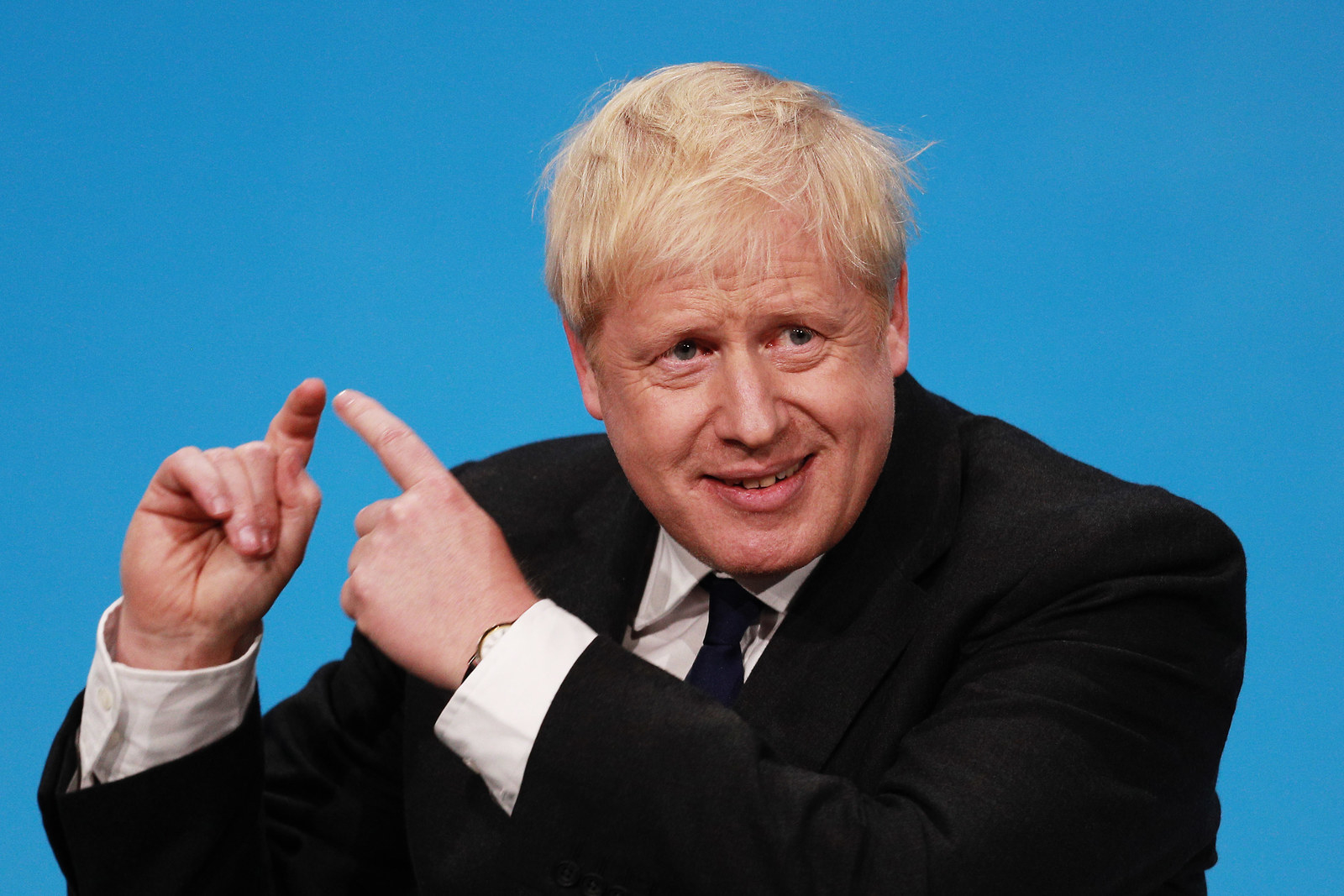 Social media is a primary source of news for 44 percent of British adults, second only to television, equal to radio, and ahead of newspapers, according to Ofcom’s survey of news consumption. Facebook is by a large margin the most popular social platform, although politicians and journalists typically pay closer attention to Twitter.

But while social media’s popularity as a news source has increased rapidly, the Conservatives have been slower to adapt to it than their rivals.

In the Tory leadership contest, it makes sense for candidates to prioritise right-wing publications like the Telegraph, Daily Mail, Sun and Spectator. On social platforms, however, the left-leaning Guardian and Independent websites and the BBC are the publishers whose output is most often shared.

In this fragmented online news ecosystem, articles on obscure Corbynite blogs or hard-right activist sites are just as likely to reach a big audience as those by mainstream legacy publications that carry weight in Westminster.