Home » Broadway Is Brimming With Black Playwrights. But for How Long?

Broadway Is Brimming With Black Playwrights. But for How Long?

Theater seems to be responding to demands for diversity. Artists are both delighted and worried about the precarious moment in which the gates have opened.

Norm Lewis, left, is starring in “Chicken & Biscuits,” a new comedy by Douglas Lyons, right, that has had a rapid path to Broadway. Credit…Lelanie Foster for The New York Times

Broadway’s prepandemic theater season featured two plays by Black writers, and one of them had been kicking around since 1981. The previous season, there was one such play, and the season before that, zero.

This season, if all goes as planned, there will be at least seven.

The sudden abundance, after decades of scarcity, is a response to criticism the theater industry, like so many others, has confronted since the widespread protests over police brutality that followed last year’s killings of George Floyd and Breonna Taylor. Facing scrutiny over what kinds of stories are told onstage, and who makes decisions offstage, Broadway’s gatekeepers have opened their doors to more Black writers, at least for the moment.

“I did not expect it, to be honest with you,” said Douglas Lyons, who turned to writing while performing in the ensemble of “Beautiful.”

Lyons was nothing if not determined. He met Norm Lewis, the much-laureled musical theater performer, when a onetime Elphaba introduced them at a party (Broadway is a very small community). Fandom turned into friendship, and now Lewis is starring in Lyons’s Broadway-bound comedy, “Chicken & Biscuits.”

“He’s a young African American male who said he’s admired my work, and that was an honor to hear,” Lewis said. “He could be my son, and knowing that he’s creating this new frontier, I’m excited to represent that.”

The path to Broadway for “Chicken & Biscuits” was fast and unexpected. The show, about a funeral upended by a family secret, was running at the Queens Theater, which has never before transferred a play to Broadway, when the pandemic forced live theater venues to close. But then Hunter Arnold, a producer who had neither seen the play nor met Lyons, offered to bring the show to Broadway, where it’s scheduled to start previews on Sept. 23 at Circle in the Square Theater. 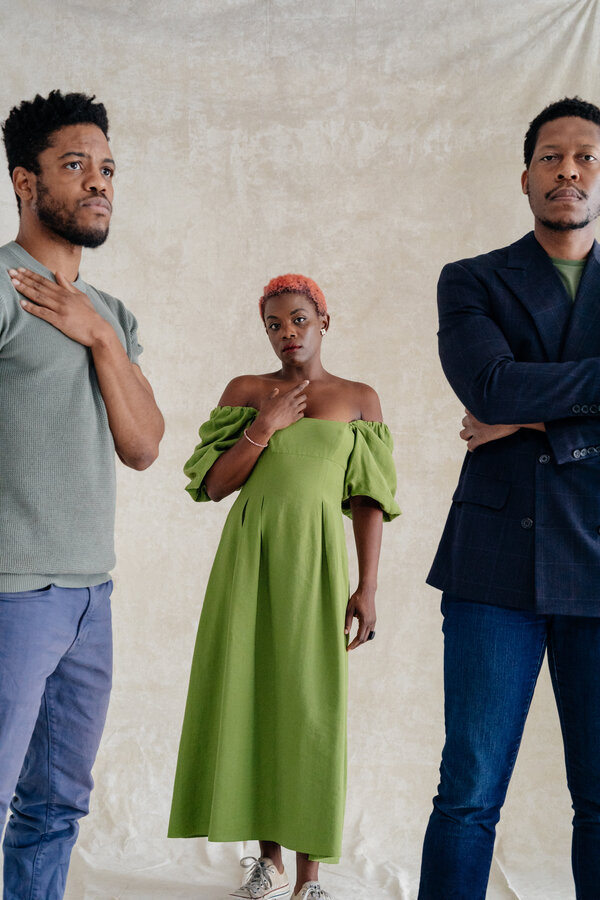 The quick transfer reflects not only this unusual moment, but also Lyons’s persistence. “He probably sent me 20 to 50 emails, submissions to the office, Instagram direct messages,” Arnold said. “I admire a hustler.”

Lyons said years as an actor had taught him to persevere. “I understand, having worked on Broadway as an actor — sometimes you got to go get the thing.”