Can Massive Cargo Ships Use Wind to Go Green?

In 2011, Gavin Allwright was living in a village outside Fukushima, Japan, with his wife and three children, when a powerful tsunami destroyed the coastline, splintering homes into debris, crashing a 150-foot fishing boat into the roof of his wife’s parents’ house and setting off a power-plant accident that became the worst nuclear disaster since Chernobyl.

Allwright had a background in sustainable development, especially as it relates to shipping. In his travels in East Africa and Bangladesh, he had watched traditional sails and masts replaced by outboard motors. The move locked people into a cycle of working to buy fuel, damaging their lives and the environment. In Japan, Allwright had been living a quiet life, running a sustainable farm and dabbling in consulting. Now, it seemed, environmental disaster had followed him there.

To escape the aftermath, the family moved to Allwright’s hometown on the outskirts of London. But Allwright couldn’t stop thinking about the Fukushima disaster. To him, it was a dramatic display of technology going wrong, further proof that the world we built is unsustainable.

He thought about shipping. It produces 2.9 percent of global carbon-dioxide emissions, almost as much as the entire continent of South America. With every country benefiting from global trade, it could be argued that shipping is everybody’s responsibility, but it is treated as if it is nobody’s. In the vast but liminal space of the ocean, cargo vessels — some of the largest machines on the planet — have generally operated in obscurity. The industry’s greenhouse-gas emissions have only grown as world trade has expanded, about 10 percent in the last six years. Shipowners, charterers and regulators have done little about the situation.

Allwright had previously spent 10 years working with a group that tried to build small cargo ships that would run on wind power to eliminate their carbon footprint. It underscored for him that sails aren’t a relic of the past. At the most fundamental level, the way modern sails work is similar to the way sails did a thousand years ago: As wind moves against their curves, it creates a high-pressure system on one side and a low-pressure system on the other, resulting in a forward thrust that pushes the ship along. But the design, materials and size of modern sails, along with the ships’ movements, allow them to harness significantly more power from the wind than the cloth sails of the past — enough so that they can move a huge cargo vessel. In conjunction with fuel, modern sails can power ships with something close to the speed and predictability to which the global economy is accustomed.

The group Allwright worked with never managed to get the ships built. Looking back on it, he believed it was a commercial failure, not a technical one. In 2014, he started the International Windship Association, a trade association, bringing together disparate groups of inventors, researchers and others who wanted to get modern wind propulsion on cargo vessels — not to replace fuel entirely but to require considerably less of it.

Climate change, Allwright told anyone who would listen, would create intolerable pressures. He would point them to books and reports by scientific organizations like the Intergovernmental Panel on Climate Change that outlined what would happen if the world stayed on its current trajectory, sending average temperatures up 3 degrees or more: vicious wars over resources, mass refugee migrations, major cities engulfed by rising seas. And because this was a crowd of businesspeople, he would mention, too, that all of that would be catastrophic for the economy.

This preaching of sustainability was heard, at first, as an act of aggression. Shipping executives would walk out of meetings and slam the doors as they left. When he brought up numerical targets for carbon-dioxide emissions from shipping, someone shouted that it would never happen. “It’s a fantasy!” another yelled. Then, in the last couple of years, something shifted. The industry has been facing more pressure to emit less carbon, but one of the most talked-about methods of reducing shipping’s carbon footprint — using alternative fuels such as hydrogen — is costly and difficult to pull off. Wind propulsion, on the other hand, is already available.

The fact that shipping is contributing significantly to climate change has become so well understood among shipowners that Allwright has been able to delete the two or three slides in his presentation that outlined the industry’s carbon emissions and its impact on the environment. An exception is presentations in the United States, where there are inevitably audience members who don’t believe in man-made climate change. For them, he keeps the environmental slides in, while emphasizing the economic argument: Fuel can be expensive, especially if, in the future, the price of oil spikes, taxes on carbon emissions drive up its cost or the industry is forced to shift to green fuels. Wind is free. If wind-propulsion technologies could be offered cheaply enough, the reduction on fuel use from wind-assisted ships may well make them more cost-effective than conventional combustion-engine ones.

Allwright’s trade association has grown, with about 40 companies now developing wind-propulsion technologies. They include a Finnish company that is installing sails on existing vessels, as well as businesses in Britain, France, China and Japan. Fifteen large wind-assisted ships are already on the water. Another five are expected to go into sea trials and enter the market soon, and more than 20 are in late-stage prototypes.

Yet unanswered is whether the sails can be made cheaply enough — and can save enough fuel — to make it worthwhile to install them. “Can we harness the wind?” Allwright asked. “Yes. Can we do it at a cost that is tolerable to the market? That’s the question we’re answering now.” 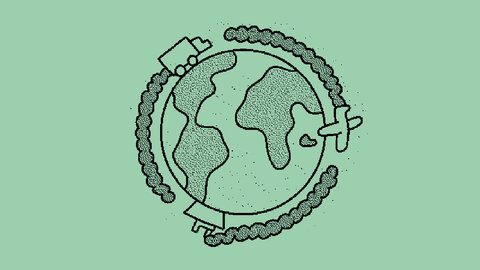 Transportation is responsible for 16 percent of global greenhouse-gas emissions. Light-duty vehicles like cars contribute the largest share, but large commercial vehicles are uniquely difficult to decarbonize.

Here are three ideas that could help → 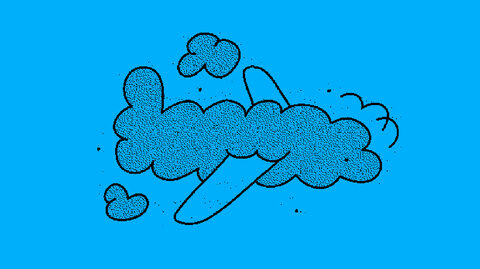 The Situation: Passenger planes (1.9 percent of global CO₂ emissions) are the most carbon-intensive form of transportation on a per-traveler basis — and the most difficult to decarbonize. 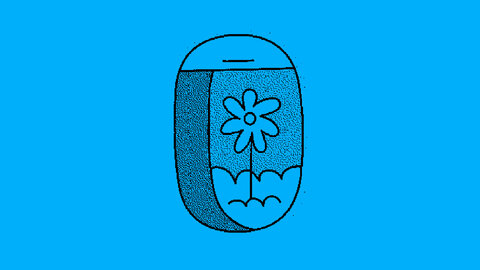 The Idea: Airbus is exploring ways to store hydrogen on some planes. The fuel can be derived from water and when burned emits only vapor and warm air. 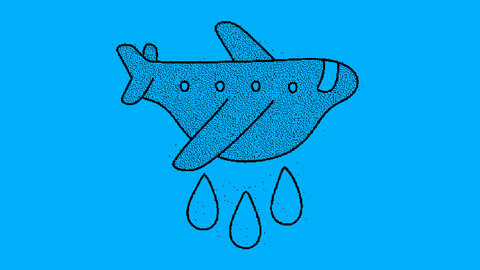 The Challenge: Hydrogen is volatile and producing it using green methods is expensive. Airbus estimates that it will take until the 2030s to develop the necessary technology and airport infrastructure. For now, the technology can’t handle long-haul flights. 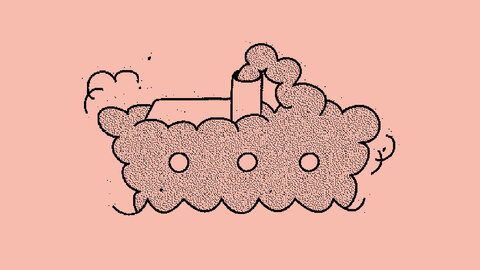 The Problem: Commercial ships (2.9 percent of global CO₂ emissions) are too big and heavy for battery power, and ocean crossings that can take several weeks require storing a substantial amount of energy onboard. 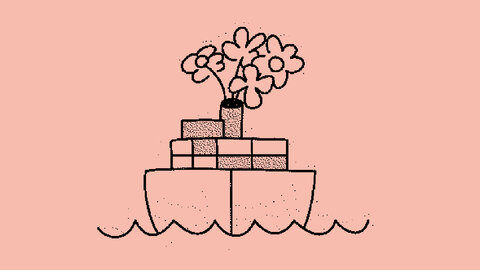 The idea: Alongside experiments with wind power, the shipping industry has seen a proliferation in projects testing hydrogen as a fuel alternative, along with ammonia. 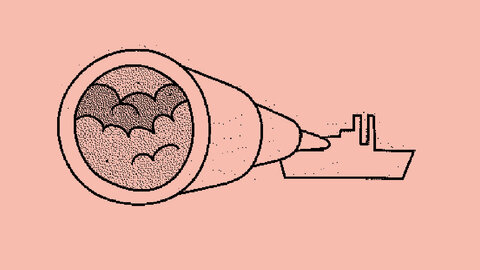 The challenge: Ships will need modified engines or new electric motors, fuel tanks up to quadruple the volume and new safety measures for the fuels. Ports will need new refueling infrastructure, too. 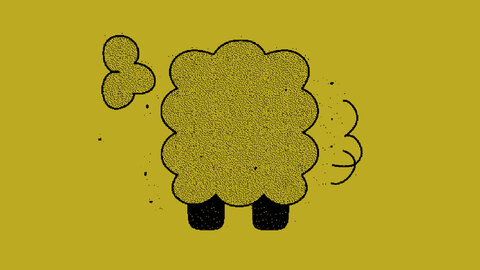 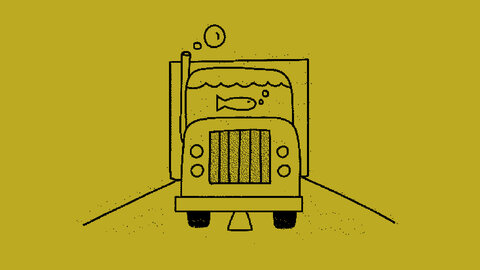 The Idea: Truck makers and climate-advocates are lobbying for a European network of electric-charging stations and hydrogen-refueling stations. And the Biden administration has proposed charging infrastructure that includes freight trucks. 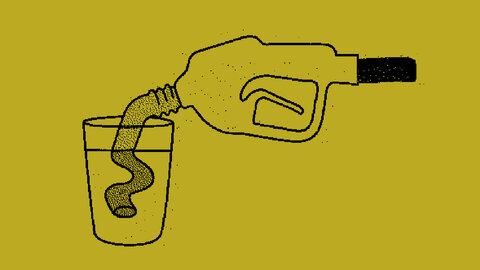 The Challenge: All this legislation remains to be negotiated and approved, and passage is by no means ensured. 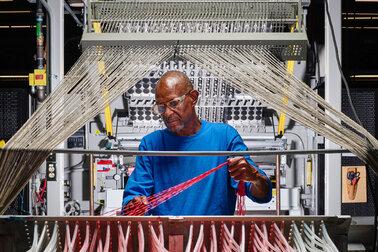 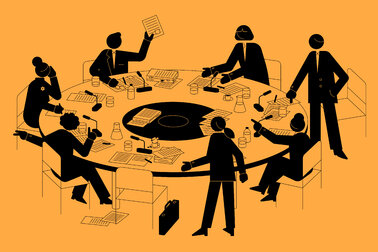