Home » Entertainment » Cancer Cost Him a Kidney. The Pandemic Delayed a Transplant.

Cancer Cost Him a Kidney. The Pandemic Delayed a Transplant. 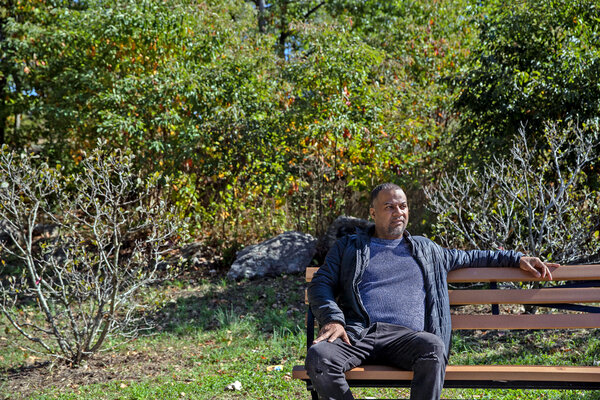 Robert Sanchez has spent much of his life waiting for the other shoe to drop.

At age 19, he began serving 15 years in prison for drug possession, and afterward, he dedicated himself to helping others who had been in similar situations. Then eight years after his release, he was told he was in rapid kidney failure and had just two weeks to live.

Mr. Sanchez, 52, found himself once again in this familiar Ping-Pong in December. A few days before he was set to receive his second kidney transplant, he learned he had kidney cancer.

After the cancerous kidney was removed, he was ready to try again for the transplant when the coronavirus pandemic hit New York City. As the city came to a grinding halt, Mr. Sanchez’s operation was postponed.

“I remember feeling, wow, this is just another thing I had to overcome like I’ve overcome so much in my life,” he said. “I was asking myself, when does it end? When do things get better?”

Donate now to the 109th annual campaign of The New York Times Neediest Cases Fund. All proceeds go to 10 organizations providing assistance to those facing economic hardship. Make a tax-deductible donation through GoFundMe.

Money was already running short. Sometimes, he found himself walking the two miles to the dialysis center, fearing that taking public transportation would expose him to the virus.

Mr. Sanchez, who receives $900 a month in Social Security Disability Insurance, would pay the essential bills he could, provide for his two small dogs and try to save enough to take a ride share to his dialysis appointments three times a week. When that wasn’t possible, he’d ask a city bus driver to let him ride free as he walked home.

“I would get tired because of my disease, so every now and then I would stop to catch my breath and keeping moving,” Mr. Sanchez said last month from his home in the Bronx.

As he tried to balance all these needs, Mr. Sanchez was repeatedly missing meals.

The dialysis treatments of the previous months had left him feeling exhausted, and he had to quit his job at a nonprofit working with incarcerated men.

“I liked the job because it was an opportunity for me to reach young men who, for whatever reason, are stuck in this place where they need guidance,” Mr. Sanchez said. “There aren’t many people to help guide them.”

In August, Mr. Sanchez found support when he was introduced to Catholic Charities Community Services. The group is part of Catholic Charities Archdiocese of New York, one of 10 organizations supported by The New York Times Neediest Cases Fund. Through The Fund, Mr. Sanchez received $250 for food delivery, $200 for transportation and $150 for cleaning services.

“When you grow up the way I grew up, you’re not used to asking for help,” Mr. Sanchez said. “The humbling part is learning how to do that now and to be open to it. And to say, you know, I could use a hand, and admit to somebody, I’m not doing well.”

Food insecurity has emerged as a pressure point for many Americans, and the lockdown made things worse.

Elizabeth Taylor, 21, was another New Yorker who found herself without enough food this year.

Ms. Taylor, who went into foster care when she was 4, was living in a transitional housing complex for those aging out of the system when the pandemic hit in March. A deep bout of depression set in.

“I wouldn’t come out of my room,” she said in a recent interview. “When I fall into a depression, I isolate myself from everybody and don’t want to be bothered. I tend to stay in a really dark hole and start to think about my mom, who I lost when I was 16.”

Depression, coupled with an old knee injury, left Ms. Taylor unable to leave her apartment to purchase food. By the end of April, her food stamps had run out and her supplies were low.

That’s when she called Children’s Aid, which is supported by The Fund, and her social worker at the Administration for Children’s Services. The groups provided Ms. Taylor with takeout to hold her over until she could get access to groceries, and, through The Fund, she received a $100 Stop and Stop gift card.

Ms. Taylor suffered from weight loss and felt too ashamed to go outside. But with encouragement from a friend, she began to emerge from her downward spiral. And after three months inside, Ms. Taylor came out for fresh air. She’s now studying for a license to become a security guard.

Mr. Sanchez is also emerging from his months in limbo. Last month, Mr. Sanchez had his kidney transplant, and today, he’s feeling “amazing.”

“I’m almost afraid to speak on it because I don’t want to jinx it,” he said.

Since March, he feared that the stranger who had decided to donate her organ would back out. She didn’t, and on Oct. 21, Mr. Sanchez received a new kidney as part of an eight-person donor swap that started in Pennsylvania and ended with Mr. Sanchez in the Bronx.

“Even though things have been rough, I look at these little moments and say, I’m going to be OK,” said Mr. Sanchez, who now owes $10,000 in rental arrears. “Who has a stranger offer them the gift of life? Those little things make me feel like, you know what, I can’t complain. I could but I’m going to chill because somebody is smiling on me.”

There is a long recovery ahead, but assuming the transplant takes and he has enough strength to get back on his feet, Mr. Sanchez hopes to return to the work force and to be able to save for retirement, maybe relocate to Rhode Island where he can see the leaves change colors and be close to good seafood, he said.

“I worked hard all my life. I recaptured my life, and this illness feels like it keeps me from growing and having the life I want,” he said. “I’m somebody who wants to be able to work and make a difference in the world, come home and watch a baseball game.”

Donations to The Neediest Cases Fund may be made online or with a check.