He exposed what he saw as pretension and bad art with passion and, at times, viciousness, winning fans but offending many. 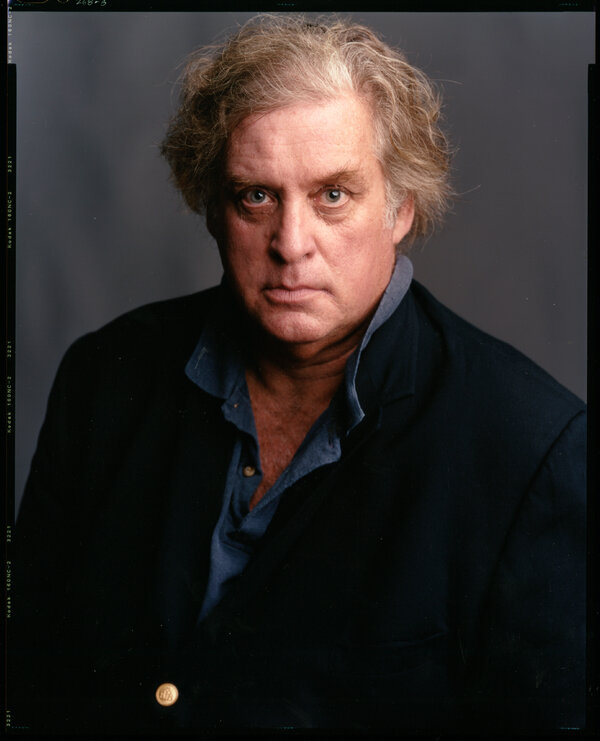 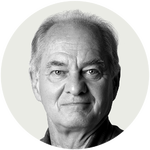 Charlie Finch, who shook up the New York art world for years with gossipy, often caustic writing about the city’s artists and art scene, died on Aug. 24 in Manhattan. He was 69.

His son, the writer Charles Finch, said he jumped or fell from a window on East 12th Street in Manhattan, where he lived on the fifth floor of a building near Second Avenue. Neighbors said the incident took place just before midnight.

Mr. Finch had been in declining health for years, with problems including cancer. Debby Lee Cohen, a neighbor who said she had known Mr. Finch for 40 years, said that besides his health, he might have been anxious about the future of the building, which had just been sold. He was a longtime resident who had a rent-controlled apartment.

First in the journal Coagula, then at the online publication Artnet, Mr. Finch skewered what he saw as pretension, trashed what he thought was bad art, and unabashedly mixed fact and fiction as he wrote about what was going on in the front rooms and behind the scenes at galleries, and in the art world in general. Adjectives like “polarizing,” “puerile” and “misogynistic” were often used by detractors to describe his writing.

The dealer Jeffrey Deitch was a frequent target — he said Mr. Finch once got his gallery staffers drunk so they would dish on what it was like to work for him — but said it was, in a way, flattering to be one.

“He had a very important role in the life of our community,” Mr. Deitch said in a phone interview. “When the new issue of Coagula would come out, everyone would run for it. It was essential reading for people in the art world in the 1990s.”

Mat Gleason, who founded Coagula on the West Coast in 1992 and brought Mr. Finch aboard soon after to write about the New York scene, said that Mr. Finch’s bite served a purpose.

“He was absolutely passionate about art, and while everyone recalls the inflammatory screeds, he wrote impassioned defenses of random things on the scene we might otherwise have missed and gave a nod to underdogs,” Mr. Gleason said by email. “On a personal level as an Angeleno, I will recall him as the quintessential New Yorker — larger than life, brutal confidence, just impossible to exaggerate. He crossed the line a few times and I may have crossed the line in printing those crossings, but he manifested a sort of karma for the snobs and elitists that they had earned and he inflicted upon them.”

Mr. Finch wrote for Coagula for most of the 1990s, but by the end of the decade he had moved to Artnet. In a colorful remembrance posted on Coagula, Mr. Gleason wrote that the move was “like handing my high-maintenance pit bull over to someone who needed it more instead of sending it to the pound.”

Walter Robinson, Artnet’s founding editor, wrote a remembrance of his own on that site.

“He could be almost cruel with his judgments, and wrong, but he carried the core avant-garde demand for extreme freedom of opinion into everyday action, as if challenging the art world to live up to its haloed mythos,” Mr. Robinson wrote. “And of course he aimed most of his barbs at powerful successes — the best of them bearing Charlie’s insults as badges of pride — while succoring the out-of-fashion and beginners.”

In his post, Mr. Robinson recalled one of his favorite Finches, not necessarily for its conclusions but for its style. The article, from 1998, carried the headline “Who Is the Worst Artist?,” and in it Mr. Finch compared Joe Bradley, Dan Colen and Rob Pruitt, saying spectacularly unflattering things about each and declaring a three-way tie in need of this tiebreaker:

“Which of the B.C.P. bunch would you NOT wish to be shipwrecked with on a desert island? Well, Colen has a practical side that could produce the needed tent or coconut. Bradley could certainly trade quite well with any putative natives. Rob Pruitt would drive you crazy with his irrelevant showmanship and, after, you prepared him on the spit for dinner, would taste flabbily bland.”

For the record, Mr. Pruitt was the unlucky winner.

In a 2006 interview with The New York Observer, Mr. Finch defended his no-holds-barred approach and catty style.

“In any other field — politics, show business, whatever — a gossipy scandal sheet would be nothing out of the ordinary,” he said. “But since the art world is so secretive — it’s the last unregulated business out there — this kind of thing was explosive.”

By that point, he acknowledged, he had lost some steam. Artnet would shut down in 2012, though it has since been revived.

“Now in the art blogs,” he told The Observer, “there’s this younger generation who thinks I’m this fat, old guy, that I’m out of it and know nothing. People are treating me the way I treated them. But it’s fine. What goes around comes around.”

Charles Baker Finch Jr. was born on April 22, 1953, in Manhattan. His father was a utility company executive, and his mother, Angela Cobb (Havens) Finch, was a fashion buyer and later a homemaker.

Mr. Finch grew up in Manhattan and graduated from Phillips Academy in 1970. His grandmother would often take him and his brother to museums on weekends, Charles Finch III said.

“As he told it, the modern wing of the Met was what made him love art,” the younger Mr. Finch said by email.

He earned a degree in political science at Yale University in 1974 and dabbled in politics, including campaigning for Gary Hart when he sought the Democratic presidential nomination in 1988. He also studied at Union Theological Seminary but dropped out.

Mr. Finch started writing for Coagula in 1992, a throwback in the computer age.

“Charlie would mail me hand-scrawled prose to be retyped for desktop publishing,” Mr. Gleason said. Mr. Robinson also mentioned that Mr. Finch wrote by hand or dictated articles to him by phone.

Larissa Nowicki, an artist who lived in Mr. Finch’s building, recalled in an Instagram post how she went from fearing her fellow tenant to befriending him.

“He cut an intimidating (sometimes terrifying) figure through the halls, and I avoided him until I couldn’t,” she wrote. “After a meeting in the laundry room, he barged into my apartment demanding to see what I was making, and then a most unusual, hilarious, frustrating, kind, exacerbating, generous friendship began.”

In recent days, she and many others shared the news of Mr. Finch’s death on social media and in an email chain, the comments running all over the emotional map as people remembered one of the art world’s more divisive figures.

“There’s no need for anyone to feel anything except a pleasure in knowing him,” Ms. Nowicki said in the email chain, “and the wild roller coaster ride that came along with being his friend or relative.”