A concerned friend. Corey Feldman opened up to Us Weekly exclusively about his friendship with Aaron Carter amid the singer’s public family feud.

“I had many long talks with Aaron Carter, and so did my wife, [Courtney Anne Mitchell],” Feldman, 48, told Us exclusively. “He confided a great many things in us. So I just want to say a lot of the accusations and finger-pointing and things that he’s saying right now, it’s not the first time he said it. He has said this before. He’s just said it in confidence. I think there’s some truth to some of the stuff that went on in his home life, and it was really dark and it did a lot of damage.”

The Goonies actor said Carter, 31, was a “victim who needs to come forward and speak about his own abuse.” He argued that doing so would “bring healing” to the singer, who costars with Feldman on the new season of Marriage Boot Camp: Family Edition. 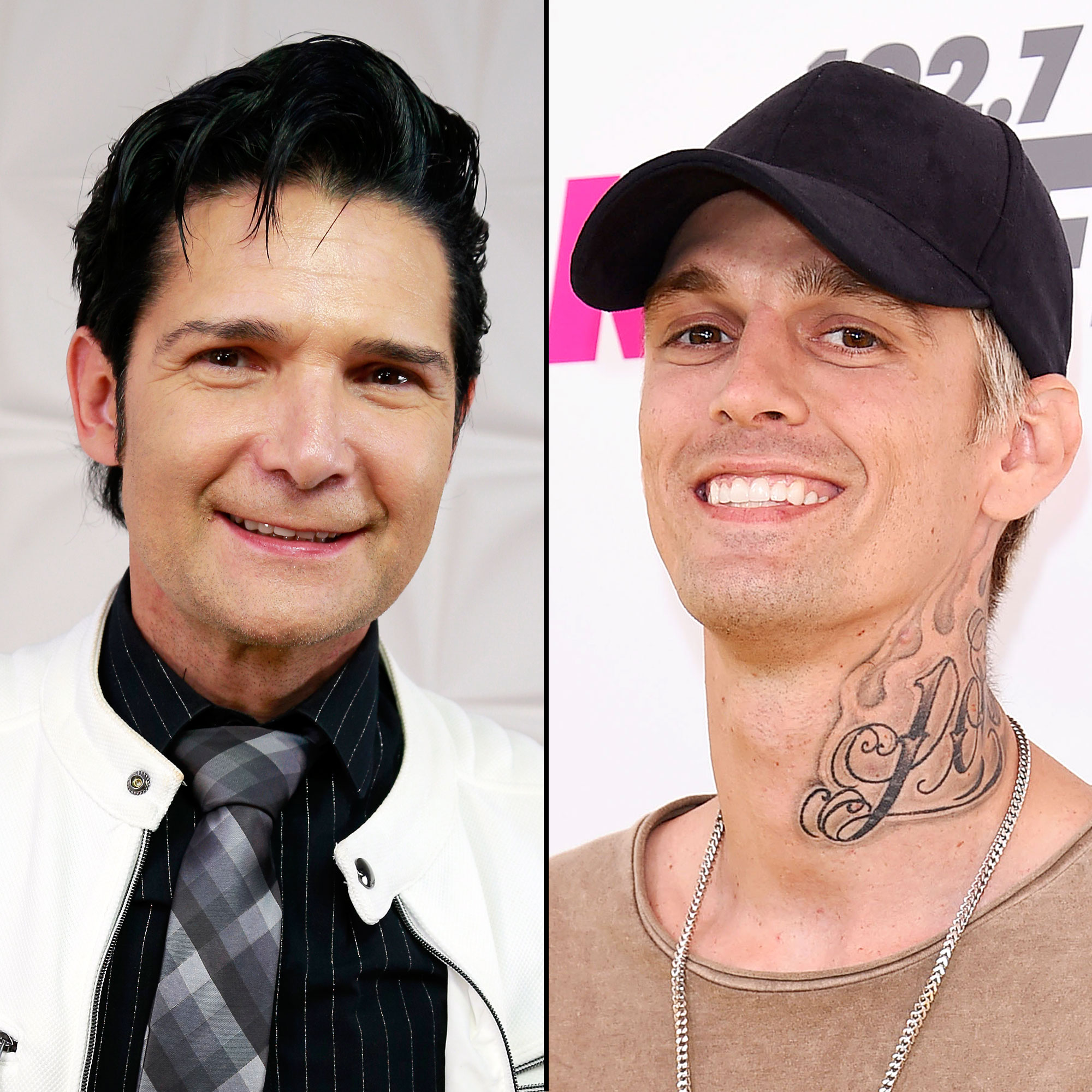 “He needs to go through that process. We all do. The point is that the statute of limitations basically puts blindfolds and gags over all of us victims, and it makes you feel like you can’t tell the truth,” he continued. “You can’t speak the truth because your life’s in danger for even trying, your career’s in danger for even trying and enough is enough. Look at the abuse, look at the damage. This kid needs to be able to heal. I need to heal. We all need to heal.”

The “I Want Candy” singer was hit with a restraining order from his brother, Nick Carter, and sister, Angel Carter, in September after the Backstreet Boys singer claimed Aaron had threatened to kill Nick’s wife and unborn child. Aaron, who revealed on an episode of The Doctors last month that he suffers from “multiple personality disorder, schizophrenia, acute anxiety and manic depression,” denied the allegations. The former child star, who checked into a treatment center in 2017, was also visited by police for a welfare check in August.

In a sneak peek for Marriage Boot Camp: Family Edition’s new season, Aaron broke down in tears while detailing how he believed many of his family’s tragedies were his fault. “I felt like I had been responsible for the death of my sister, for the death of my dad, for my family falling apart,” he explained to the doctors as his mother, Jane, and his housemates, including Feldman, listened.

The doctors hugged Aaron after his confession, and Feldman approached his friend to do the same. The Stand by Me actor then sat behind Aaron to comfort him when his mom stood up to complete the exercise.

“I was sitting there and it was very genuine because it was like, ‘Here’s a guy who’s saying everything that I feel.’ I get it,” Feldman told Us, recalling how he supported Aaron in that difficult moment. “Mom screwed you over, used you, abused you and what have you got to show for it? You just want to feel love, right? You just want to feel love. I totally could relate. My brother, Eden, could totally relate. My wife could totally [relate]. We were all just sitting there going, ‘Aw.’”

Feldman continued, “So I just went over and gave him a hug. But that said, from that moment on, I feel like he kind of clung to me and we kind of developed this brother-type relationship, which honestly, although I loved it, was also a bit hard because I was there to work on my relationship with my own brother.”

Though Feldman’s focus was on his family, he noted to Us that he did what he could “to show compassion and love to Aaron.”  The actor added that he has “nothing but the best wishes for him.”