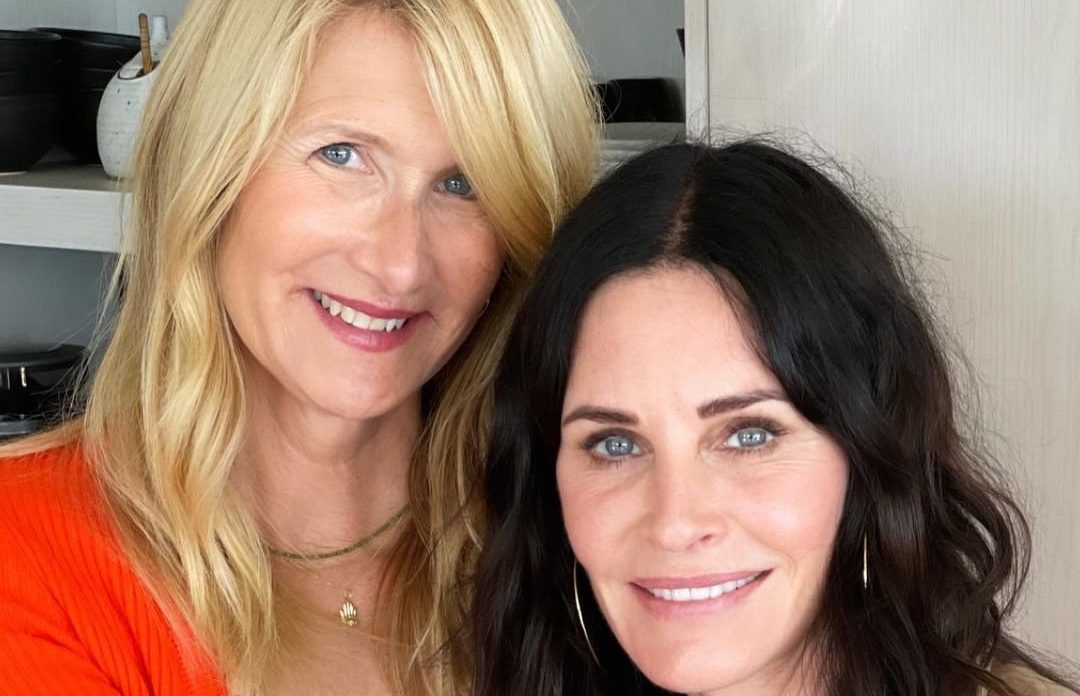 Courteney Cox and Laura Dern got matching tattoos with their kids and we’re loving their new ink.

The Friends star showed off the group’s body art on Wednesday, quipping that before long they’ll all have sleeves.

Courteney, 58, has been friends with 55-year-old Laura for many years and revealed that their families have spent Christmas Eve together for the past 16 of them.

The Oscar-nominated actress shares both her children with her ex-husband Ben Harper.

The gang got inked on different parts of their bodies by tattoo artist Scott Campbell, whose design showed the words ‘go long’ trailing off into a paper plane.

Scream star Courteney captioned her post: ‘Adding a new layer to our 16 year Christmas Eve tradition. Watch out… we might have sleeves by 2025.’

Her A-list pals were quick to comment on the snap, with Reese Witherspoon penning: ‘Love it!’ and Michelle Pfeiffer echoing: ‘Love!’

It comes after Courteney revealed she rang in the new year in London with her Snow Patrol member boyfriend Johnny McDaid.

Taking once again to Instagram, the actress shared a photo of the pair kissing and wished her followers a ‘happy GMT New Year!’

The couple have been together for more than eight years, first dating in September 2013 and getting engaged in June 2014.

However, they called off their wedding in 2015 but have remained loved up as a couple ever since.

Johnny, 45, previously revealed that the couple tried to ‘stay as connected as we could’ over ‘tough’ lockdown when they were stuck in different countries, explaining that they both ‘dived into being creative’ while apart.

‘She made her show and a new product line, and I made Bad Habits with Ed [Sheeran], so we were able to stay really productive even if it was tough being apart – and it was tough, but we don’t have the toughest lives in the world – we’re so lucky,’ he told MailOnline.