After besting baddies across the galaxy and back again, Daisy Ridley said she’s now having to push back against labels that she’s “intimidating” and “quite aggressive.”

The 28-year-old British actor, who’s only appeared in a handful of roles since starring as Rey in the most recent “Star Wars” trilogy, candidly reflected on how she’s been perceived by some crew members, noting a particularly frustrating experience filming the upcoming and much-delayed movie “Chaos Walking.”

“I’ve been told that I’m intimidating,” Ridley said in an interview with Tatler in the magazine’s February issue, according to Yahoo. “That was on ‘Chaos Walking.’ I was having my hair done, having my wig put on. I remember thinking, ‘God, should I be smaller? Should I be quieter?’”

She went onto add that an unnamed director also called her energy “quite aggressive” during a meeting on another project. 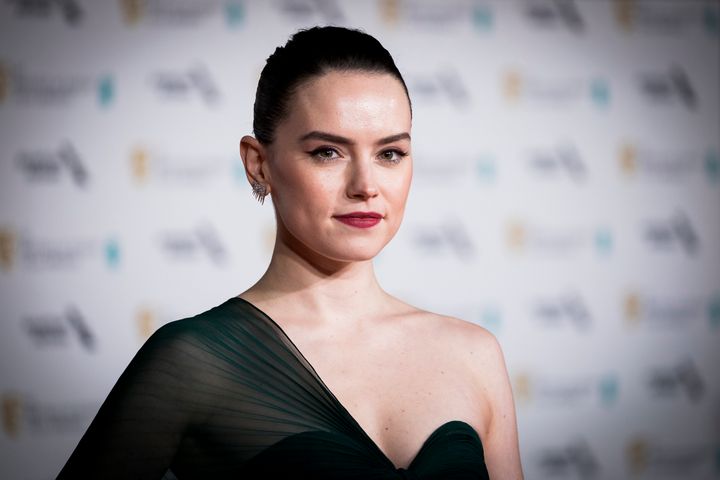 “I was thinking: ‘But why? Is it because I maintained eye contact? Is it because I’m passionate about what we’re talking about?’ I dunno,” Ridley continued. “You have that horrible sinking feeling of, ‘God, do I not come across the way I think I do?’”

While Ridley seems keen on dispelling notions about herself while on the job, the actor is less invested in the public’s opinion about her life offscreen, explaining that she’s become guarded about sharing personal information with the press.

“When I signed on to ‘Star Wars,’ there was nothing in my contract that said: ‘Your life will be talked about,’” Ridley told Tatler. “It got to the point where I realized so much of my life was out there. People knew my mum’s name, my dad’s name, what my sisters do for a living. And I thought it would be nice to have something that’s for me, that isn’t for everybody else. I just thought I would keep that separate.”

Ridley famously left social media back in 2016 following backlash after she posted a message in support of victims of gun violence. Many of her co-stars have also been the subject of online bullying by fans of the franchise.

But adapting “Chaos Walking” to the big screen has faced a slew of challenges from the start. After overhauling the script several times, filming eventually kicked off in 2017 and wrapped months later. But the project was unceremoniously removed from the release schedule after it tested poorly in initial screenings, which resulted in significant reshoots in 2019, two years after production initially wrapped.

“Chaos Walking” is now set to hit theaters on March 5.