Donald Trump is Reportedly 'Livid' & 'Screaming at Everyone' Over Midterm Results

Tuesday night’s midterm elections did not go as planned for the Republicans, particularly for Donald Trump. He was hoping to use the momentum of a “red wave” to launch his 2024 presidential campaign and get himself back to the White House.

Well, the Democrats and Independents (go, Gen Z!) showed up in droves to prove that the GOPS’s current agenda of restricting reproductive rights, banning books, and diminishing LGBTQ+ legislation was not going to fly in 2022. The election disappointment left Donald Trump “livid” and “screaming at everyone,” according to one of the former president’s advisers via CNN personality Jim Acosta’s Twitter account.

What’s even more curious is that Donald Trump’s aide criticized the midterm candidates he chose to endorse. Acosta added in his tweet, “The adviser went on to slam the former president’s handpicked contenders: ‘they were all bad candidates. Candidates matter,’ the adviser said.” This messaging also aligns with FOX News, who also appears to be withdrawing major support for Donald Trump. Their Truth Social post on Wednesday, via Ron Filipkowski’s Twitter account, reads, “Conservatives point finger at Trump after GOP’s underwhelming elections results: ‘He’s never been weaker.’” Ouch! That probably doesn’t resonate very well with Donald Trump’s ego.

With all signs pointing to the GOP moving on to another candidate, likely Florida Governor Ron DeSantis, to lead the way, Donald Trump may not have a political party to support his Washington, D.C. ambitions. After the Republicans aligned with him so strongly for years, it appears there is a change in the air — and Donald Trump is not a part of their plan. 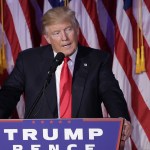