Alexis and Fallon Carrington could never! Elaine Hendrix and Elizabeth Gillies may have a complicated dynamic on Dynasty, but off screen they are closer than the mother-daughter duo will ever be.

“Liz and I — it’s a total lovefest,” Hendrix, 50, exclusively told Us Weekly of their friendship. “When we very first met one of the first things she told me was how much of a fan she was of Superstar and Parent Trap. But she particularly loved Superstar. And I said, ‘Ow, you hurt my t-tty.’ And then it was just love from there. When we did Sex & Drugs & Rock & Roll, we were these two girls and that’s a total dude world. And so we really held on to each other through that whole crazy ride. And then she really was one of the ones championing for me to come over to Dynasty.”

Hendrix and Gillies, 27, previously played Ava and Gigi, respectively, on the FX comedy for two seasons from 2015 to 2016. The Romy and Michele’s High School Reunion star would join The CW’s Dynasty reboot in season 3. 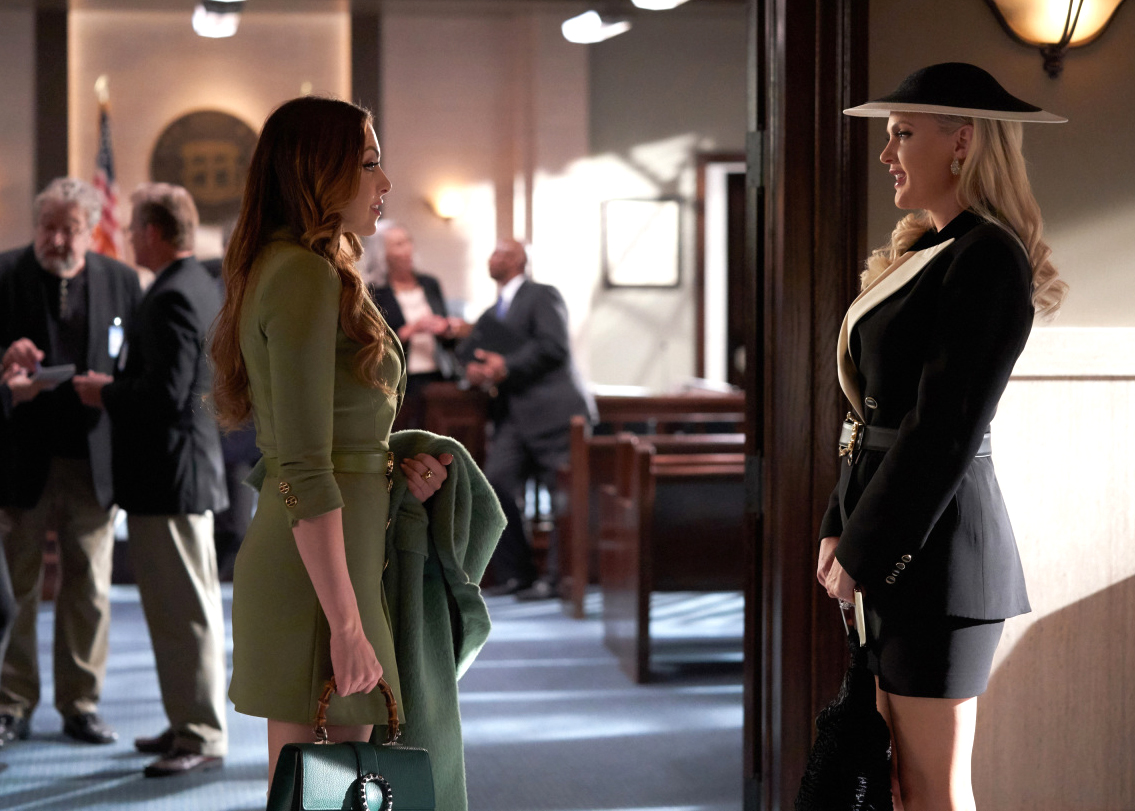 “It seemed like a particularly natural progression given our history,” Hendrix explained. “And then, for us personally, and then working together on screen, it was a natural progression. We have a shorthand with each other. We know each other’s rhythms; we know how to work together and thanks to the magic of the universe we just have a really good chemistry together.”

Parent Trap Campers: Where Are They Now?

In addition to taking on the juicy role of Alexis Carrington, which was originally played by Joan Collins, Hendrix is best known for playing Meredith Blake in the 1998 film adaptation of The Parent Trap.

“I’ve been doing this awhile and I’m now at the point, when I look back on my career, I’ve been very fortunate to play some iconic characters in some really established franchises over the years,” Hendrix told Us. “I never even knew that I could be a professional performer. And then once I did learn it, I started out my journey and I worked my butt off and I’ve gone along, and I’ve taken all these opportunities. And so, to now sit back and look at this, it’s like, wow, I’m kind of in awe because it’s one thing to be a working actor, but it’s another thing to be a working actor and do all these memorable pieces. And to do that as a villain, I think those are the characters that really, to me, usually stand out. And they’re certainly the ones that are the most fun to play. So I feel total gratitude and excitement.”

She teased: “I do love that there’s generations who have embraced Meredith and I laugh that Meredith Blake grew up to be Alexis Carrington. Who knew!”

As for season 4 of Dynasty, there’s so much more wicked behavior to come. “At this point, I can only speak generally because the amount of things I was told I can’t talk about was about the length of my body. But, this whole season, I think, is our strongest season so far,” she told Us. “There’s a lot of shakeups, a lot of power dynamics that shift. There’s, of course, the usual high glam, some parties, the regular murdering and backstabbing and conniving catfights. But also, I think the wardrobe is better than ever. I think just the whole look of it. We get to meet new people. We lose some. So much happens to everybody on this show.”