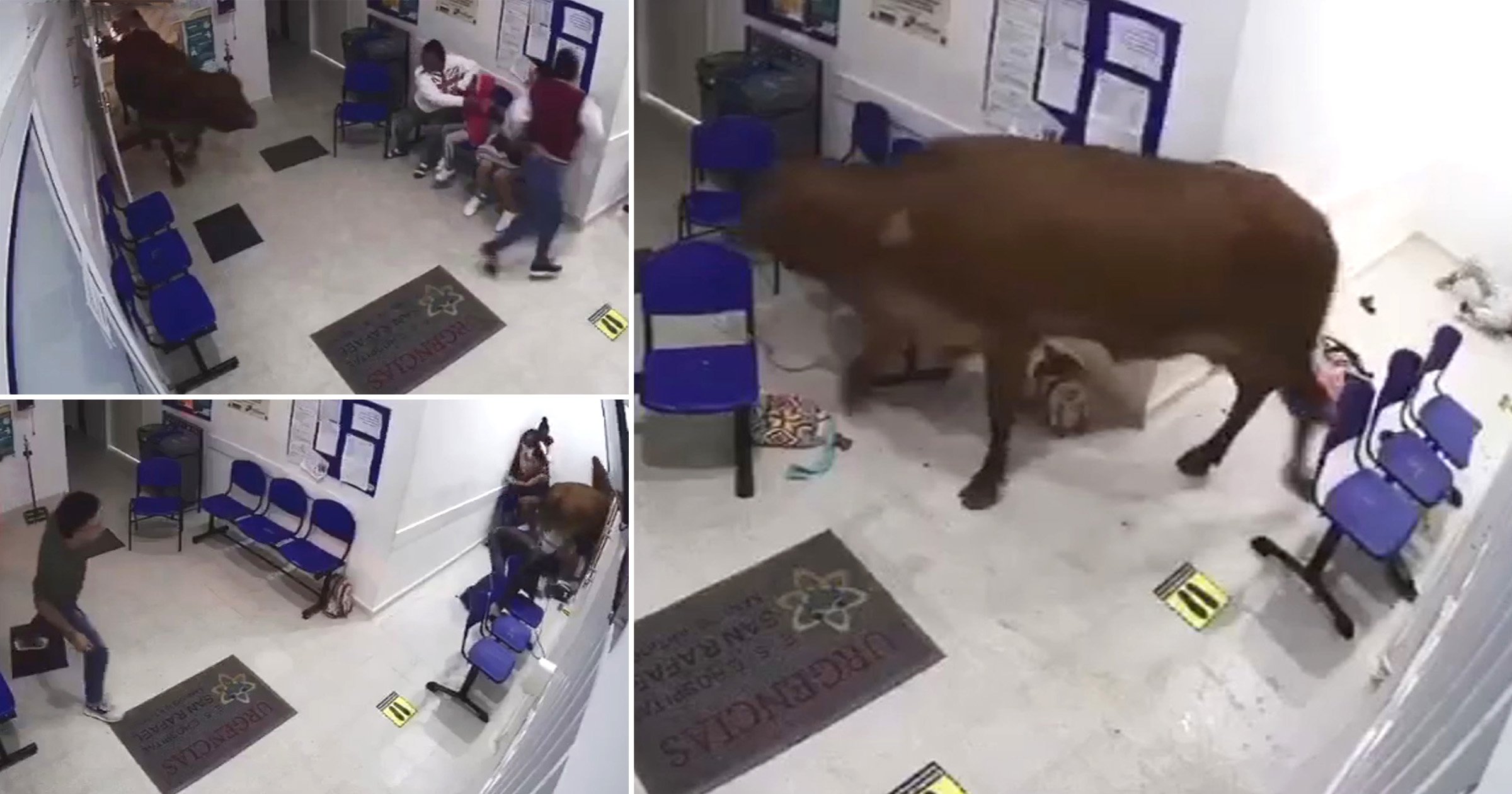 An escaped cow ran inside a hospital and attacked patients, knocked over chairs and caused general panic.

CCTV from the waiting room shows how the animal got inside and started running around, like a bull in a china shop on February 13.

A group of people inside ran to a corner for safety but were followed by the cow that then slammed into them.

In the video, the cow falls several times allowing some patients to escape, but leaves an injured woman trapped on the floor as two men manage to grab the animal’s lead and pull it away.

However, it charges at the woman again as a man follows and tries to coax it back it before the cow is finally seen exiting the hospital and the woman looks for help.

The bizarre incident occurred in Colombia’s Hospital San Rafael in the municipality of San Luis in the department of Antioquia.

A second video shows the incident from outside the medical centre where a group of people clap and whistle at the cow but flee as soon as it exits.

Local newspaper Vanguardia said nobody was seriously injured in the incident as the trampled woman was treated for minor contusions and pain while the rest of the patients did not seek treatment.

The rogue cow also damaged two motorcycles at the hospital’s entrance and some chairs in the waiting room.

Vanguardia said the cow’s owner went to the hospital to apologise for the incident and asked about the woman’s health as well as the material damage, but it is unclear if he plans to pay for anything.

There have been no reports of the police opening an investigation.

For more stories like this, check our news page.