Home » Entertainment » Everything you need to know about 'F9'

Everything you need to know about 'F9'

The Fast Fam is back! The ninth installment in the “Fast & Furious” franchise opens in theaters on June 25, 2021. To mark the occasion, Wonderwall.com rounded up everything you need to know about “F9″… starting with the official synopsis: According to Universal, the action-thriller kicks off with Vin Diesel’s Dom Toretto “leading a quiet life off the grid” on a farm in central California with his longtime love, Michelle Rodriguez’s Letty, and his son. In “F9,” Dom is set to face a threat that will force him to “confront the sins of his past … to save those he loves most.” He’ll reunite the crew to “stop a world-shattering plot led by the most skilled assassin and high-performance driver they’ve ever encountered: a man who also happens to be Dom’s forsaken brother, Jakob.”

Keep reading for everything else you need to know about “F9″…

RELATED: The stars of the “Fast & Furious” franchise then and now

In 2017’s “The Fate of the Furious,” Dom discovers that former love Elena Neves secretly gave birth to his son. (Dom and Elena had a relationship while he was under the impression Letty was dead but called things off once she resurfaced.) “F9” will explore Dom’s life as a father to Little Brian (Dom named his son after his brother-in-law, the on-screen alter ego of the late Paul Walker) and his desire to protect him above all else, which pushes Dom to settle down and leave his wild ways behind. In a video shared on Instagram on June 7, 2021, Vin Diesel says there’s “no moment more powerful in this film than seeing Dom with his child.” Adds the actor, “You’re seeing the embodiment of what this whole saga stands for.” Family! (Twins Isaac and Immanuel Holtane portray Little Brian.)

“F9” will see Michelle Rodriguez’s Letty chafing against her new quiet life on a farm in central California while simultaneously struggling with her new role as a mother to Dom’s son with Elena following the former cop’s death in 2017’s “The Fate of the Furious.” While Dom is willing to change his ways to keep his little boy safe, Letty isn’t so sure she’s ready to give up their old life, causing tension in their relationship.

John Cena is making his “Fast & Furious” franchise debut as Dom and Mia’s estranged brother Jakob, who’s been described as “the most skilled assassin and high-performance driver” the Fast Fam has ever encountered. The disgraced U.S. government operative — who has mysterious ties to Kurt Russell’s Mr. Nobody — is behind “a world-shattering plot” involving Charlize Theron’s Cipher that Dom and his crew will have to thwart.

Vin Diesel and Michelle Rodriguez aren’t the only members of the Fast Fam who are set to star in “F9” after appearing in 2017’s “The Fate of the Furious.” Tyrese Gibson returns as Brian’s childhood pal Roman Pierce — a skilled driver in his own right. Ludacris is back as tech expert and mechanic Tej Parker. Nathalie Emmanuel takes another whirl as hacktivist Ramsey. Kurt Russell returns as the mysterious high-level government operative known as Mr. Nobody. Helen Mirren is back as Shaw family matriarch Magdalene “Queenie” Shaw, a crime boss who recently allied with Dom’s crew. (She made her debut in “Fate” and then appeared in the 2019 “Fast & Furious” franchise spinoff “Hobbs & Shaw.”) And finally, Charlize Theron is back as the cyberterrorist Cipher, who eluded capture at the conclusion of “Fate.”

Jordana Brewster — who didn’t appear in the last installment in the “Fast & Furious” franchise, 2017’s “The Fate of the Furious” — returns to the role of Mia Toretto, Dom’s beloved kid sister and Brian’s wife. Mia has been away from the action since 2015’s “Furious 7,” presumably raising the children she shares with Brian, who was portrayed by the late Paul Walker. (The actor died in 2013, midway through production on “Furious 7.”) “F9” will see her teaming up with her big brother once again. (Jordana, Vin Diesel and Michelle Rodriguez, by the way, are Fast Fam OGs: They all appeared in 2001’s “The Fast and the Furious.”)

“F9” will feature another major Fast Fam reunion: Sung Kang returns as Han “Seoul-Oh” Leu! The street racer made his debut in 2006’s “The Fast and the Furious: Tokyo Drift” and then appeared in 2009’s “Fast & Furious,” 2011’s “Fast Five” and 2013’s “Fast & Furious 6.” In 2015’s “Furious 7,” it’s revealed that Deckard Shaw (Jason Statham) caused the crash that led to Han’s presumed death at the conclusion of “Fast & Furious 6” as an act of vengeance against Dom and his crew. Fans have clamored for his return ever since — even launching the (now successful!) #JusticeForHan campaign.

Vin Diesel’s son, Vincent Sinclair Diesel, is making his acting debut as the youngest version of his dad’s on-screen alter ego, Dom. (Vinnie Bennett plays another younger version of Dom.) “What ‘F9’ does is shed light on how Dom has managed his vulnerability his whole life,” Vin has said. Younger versions of Mia and Letty will also pop up in “F9,” as will younger versions of original “The Fast and the Furious” crew members Vince and Jesse.

“Animal Kingdom” and “Peaky Blinders” star Finn Cole portrays the younger version of Dom’s little brother Jakob in “F9,” which will pull back the curtain on Dom’s childhood and reveal why family is so important to him.

Cardi B makes her “Fast & Furious” franchise debut in “F9” as Leysa, a woman with a connection to Dom’s past.

Bad Bunny is another major music star set to pop up in “F9.” He’ll briefly appear as a lookout… though it’s unclear for whom! He’s also contributing a song, “De Museo,” to the “F9” soundtrack.

Lucas Black is back as Han’s protégé Sean Boswell, who made his debut in 2006’s “The Fast and the Furious: Tokyo Drift” and then briefly appeared in 2015’s “Furious 7.”

Shad “Bow Wow” Moss returns to the role of Twinkie for the first time since he made his debut as the mechanic — a member of Han’s crew who befriends Sean — in 2006’s “The Fast and the Furious: Tokyo Drift.” Rounding out the “Tokyo Drift” reunion crew is Jason Tobin, who portrayed Earl Hu, another member of Han’s crew.

After nearly a decade away from the Fast Fam, Shea Whigham makes his return as FBI Agent Michael Stasiak, Brian’s former colleague who reluctantly allied with Dom’s crew first in 2009’s “Fast & Furious” and then in 2013’s “Fast & Furious 6.”

Multi-talented Kiwi newcomer Anna Sawai joins the Fast Fam as 19-year-old orphan Elle, a skilled fighter who grew up in Tokyo after her parents (both scientists) were assassinated. She’s guarding an important secret that proves instrumental to Dom’s mission.

“Mayans M.C.” star JD Pardo is set to appear in flashbacks as Jack Toretto — Dom, Mia and Jakob’s father. (Mia and Brian’s first child is named after him.)

The “Fast & Furious” franchise is known for its globe-spanning action. The Fast Fam has sped their way across an arctic plain in Russia, between skyscrapers in Abu Dhabi and from rooftop to rooftop in Rio de Janeiro. “F9” takes place in London, Tokyo, Central America, Edinburgh, Azerbaijan and the Republic of Georgia. 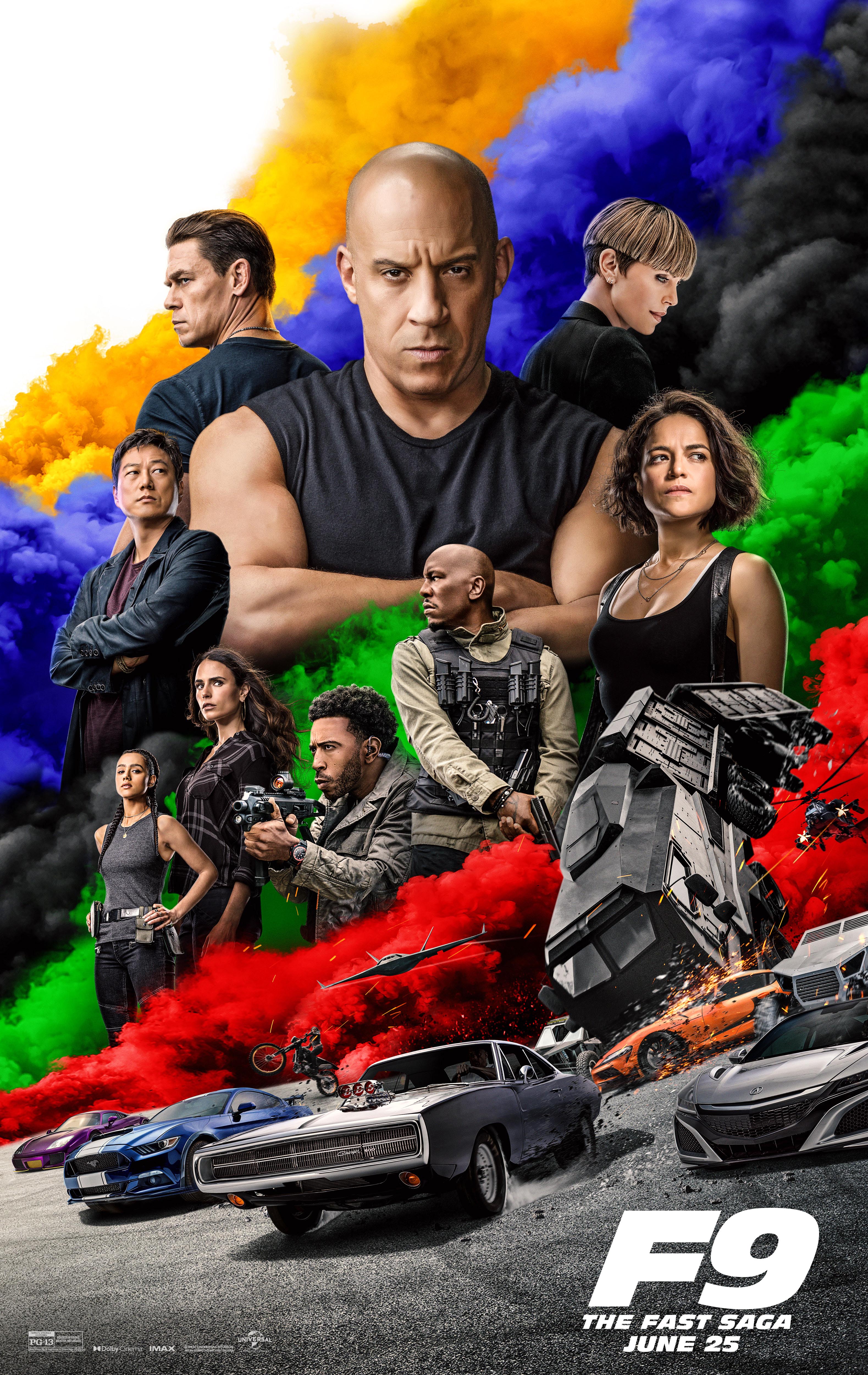 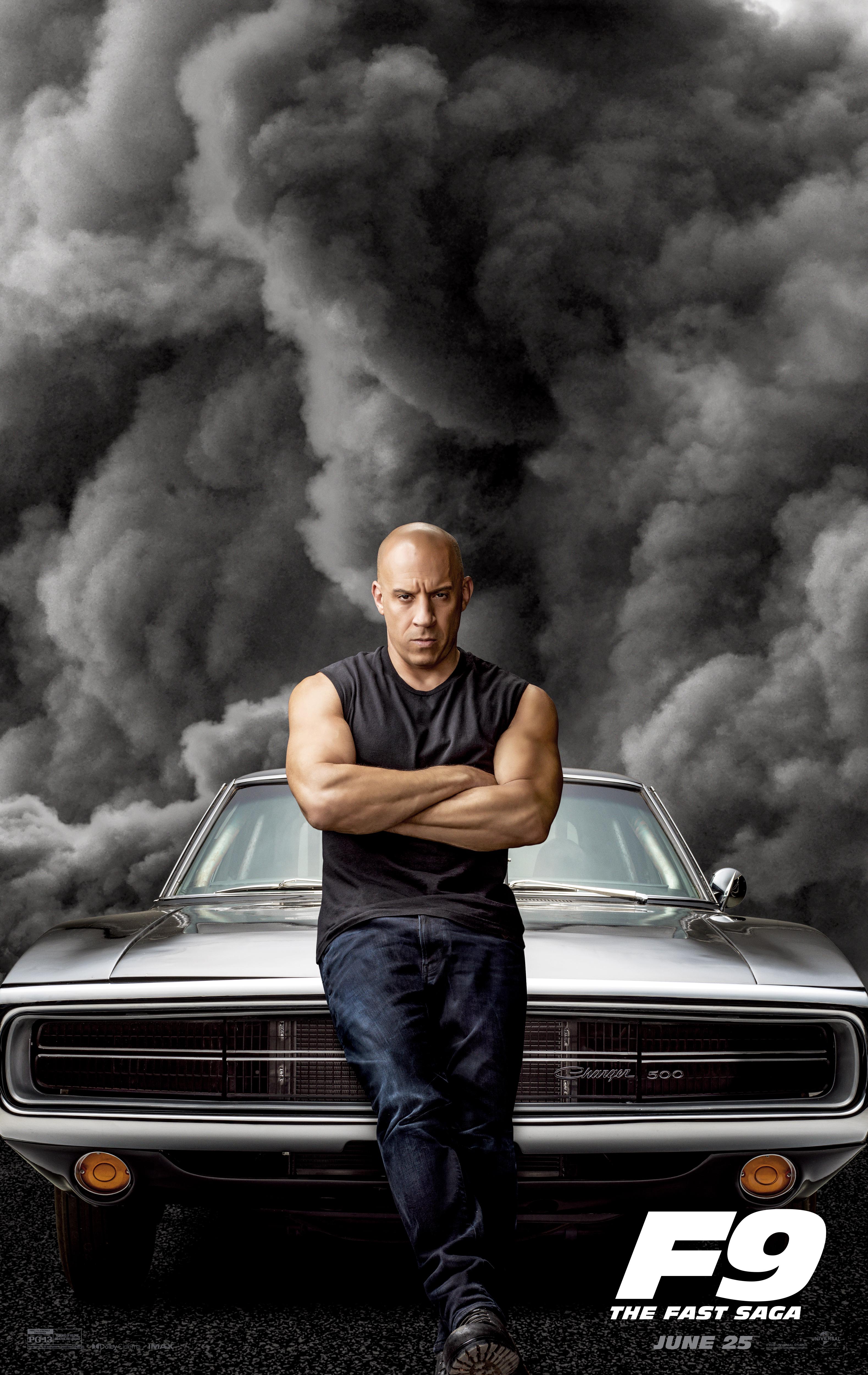 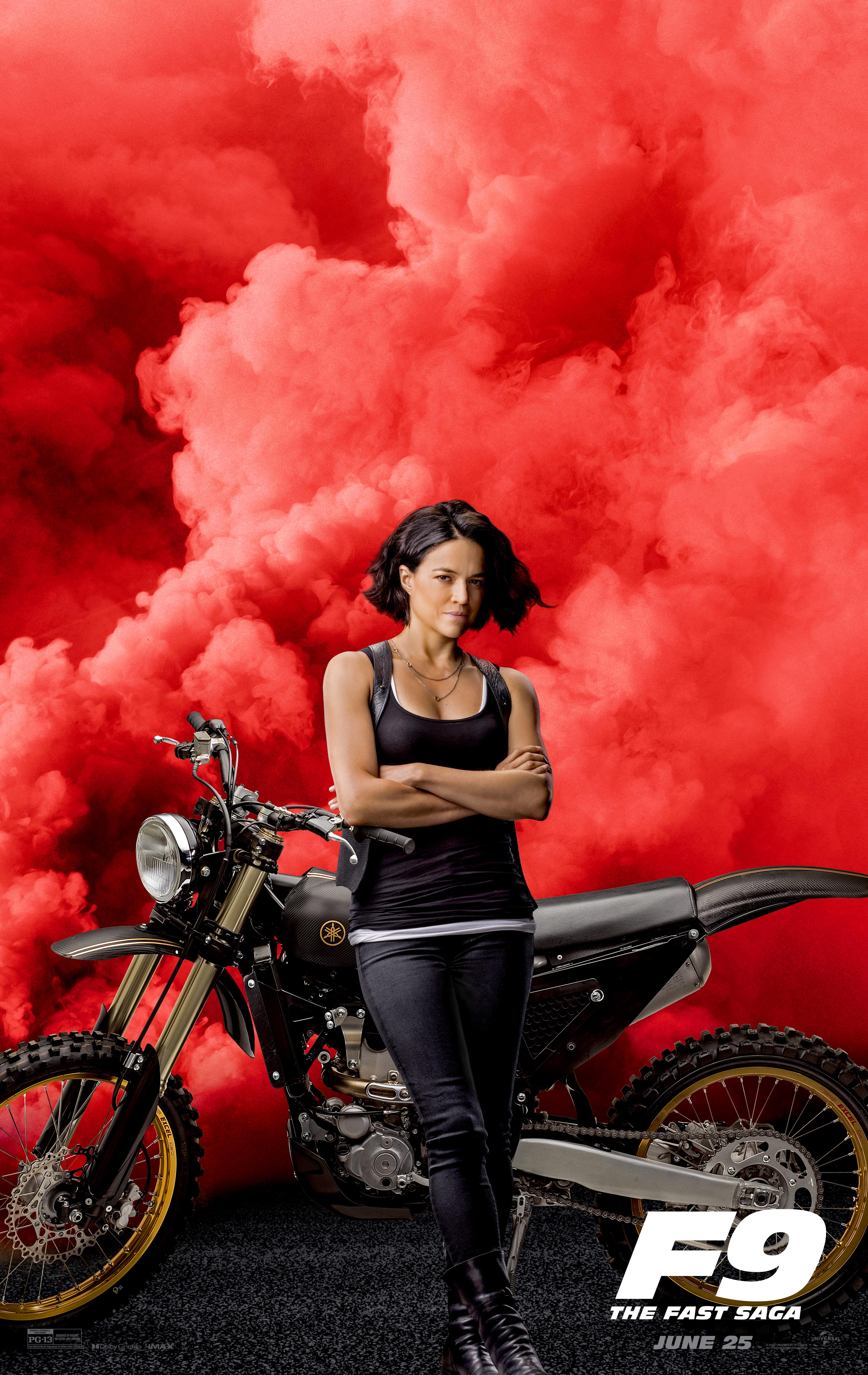 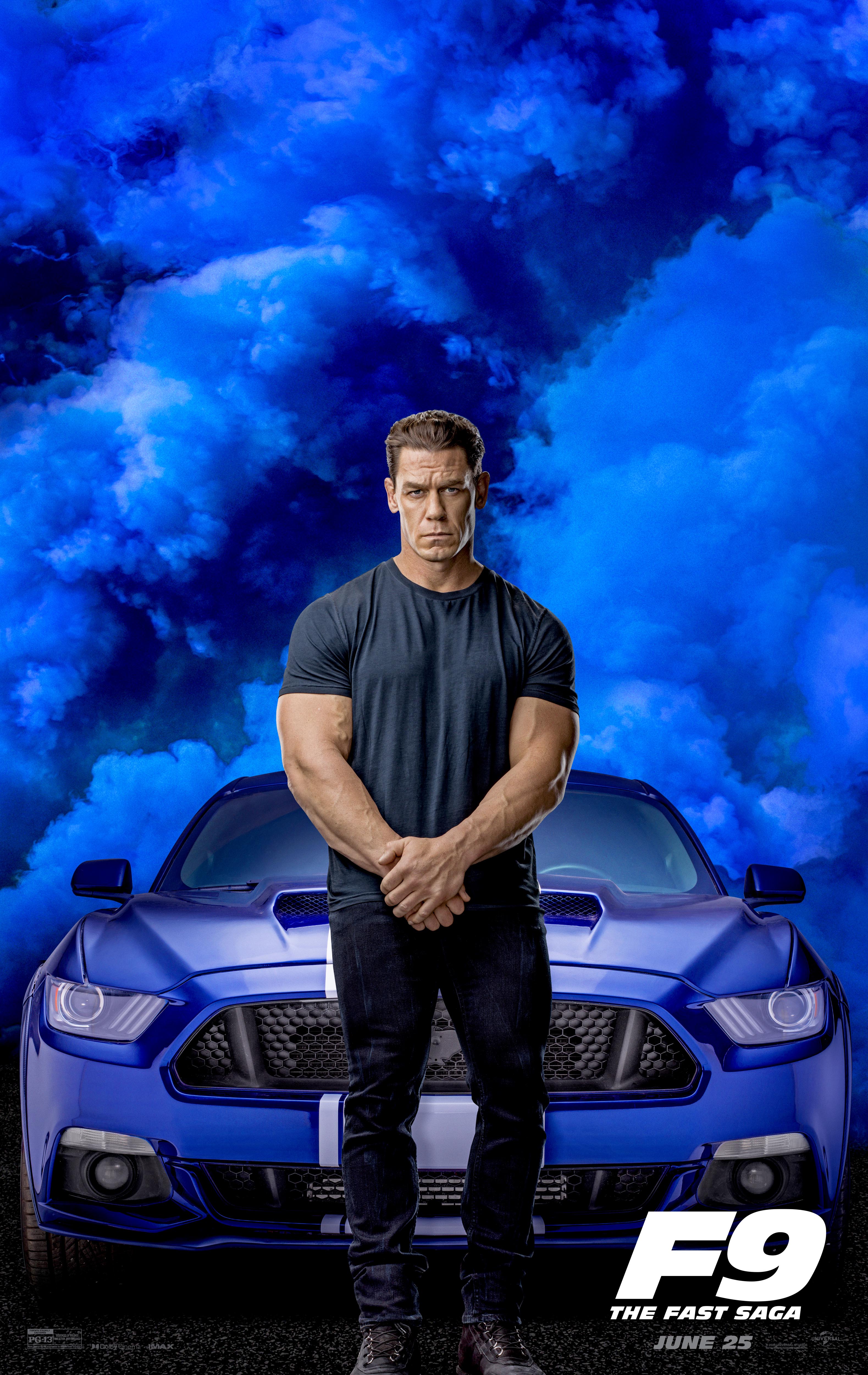 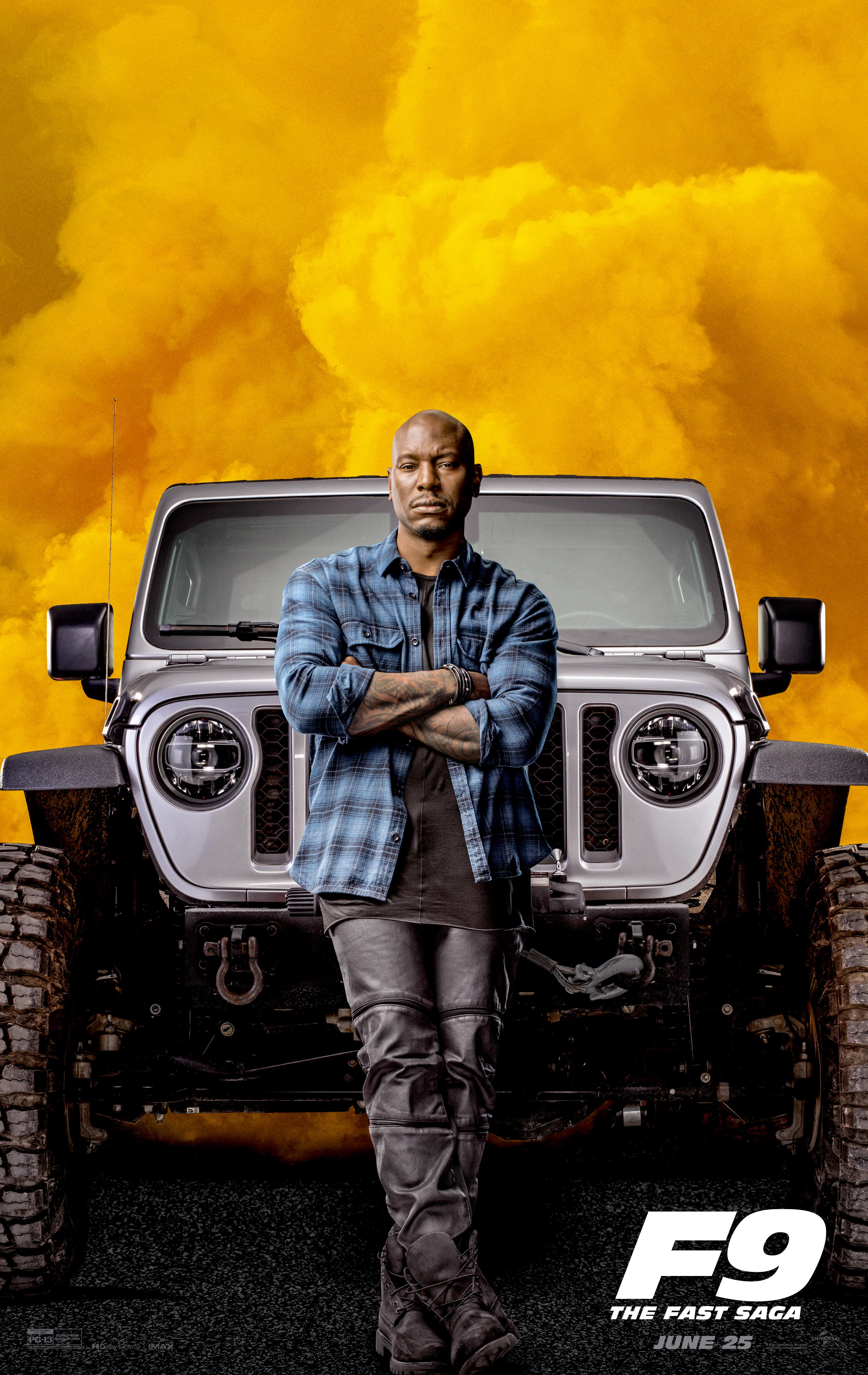 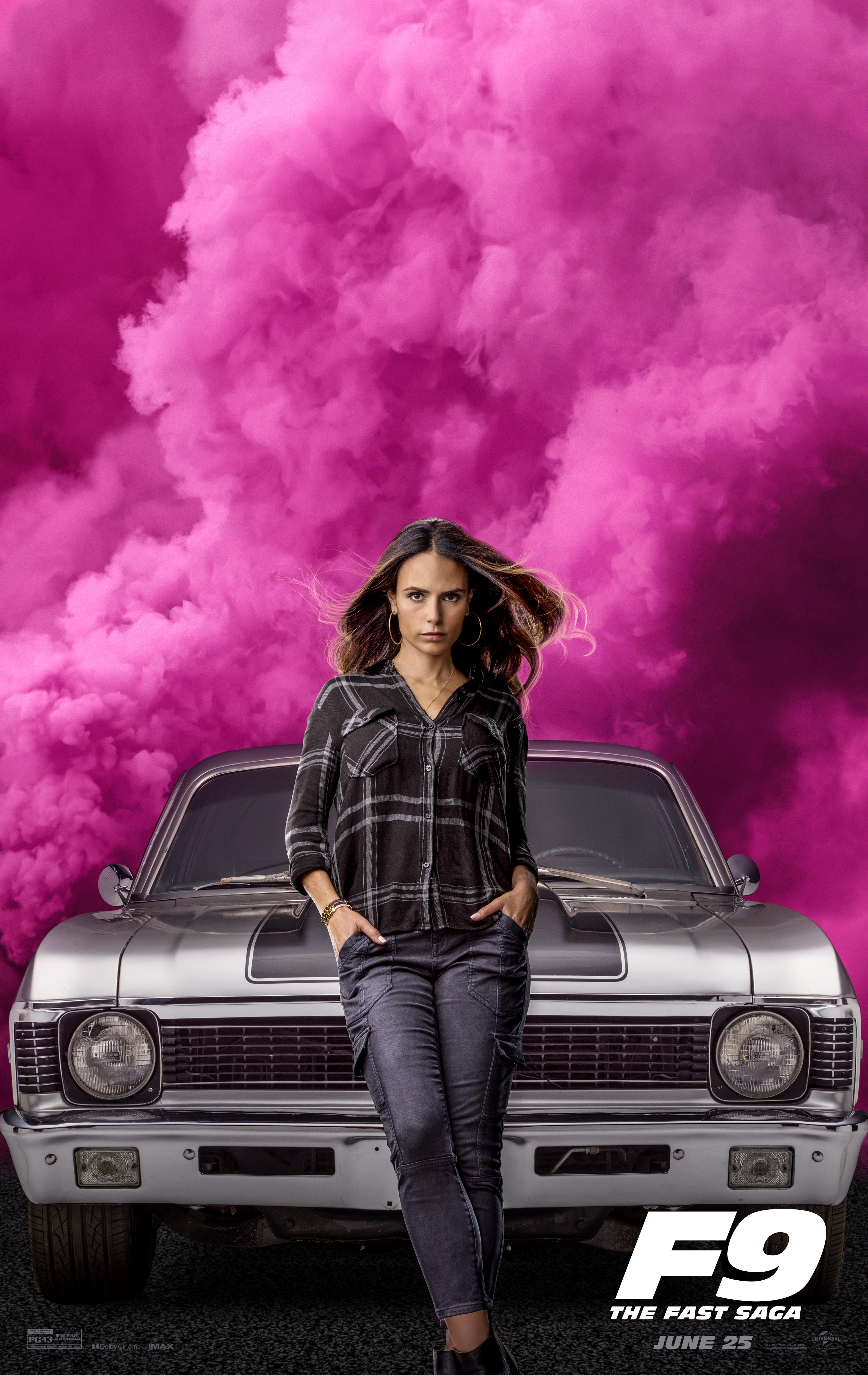 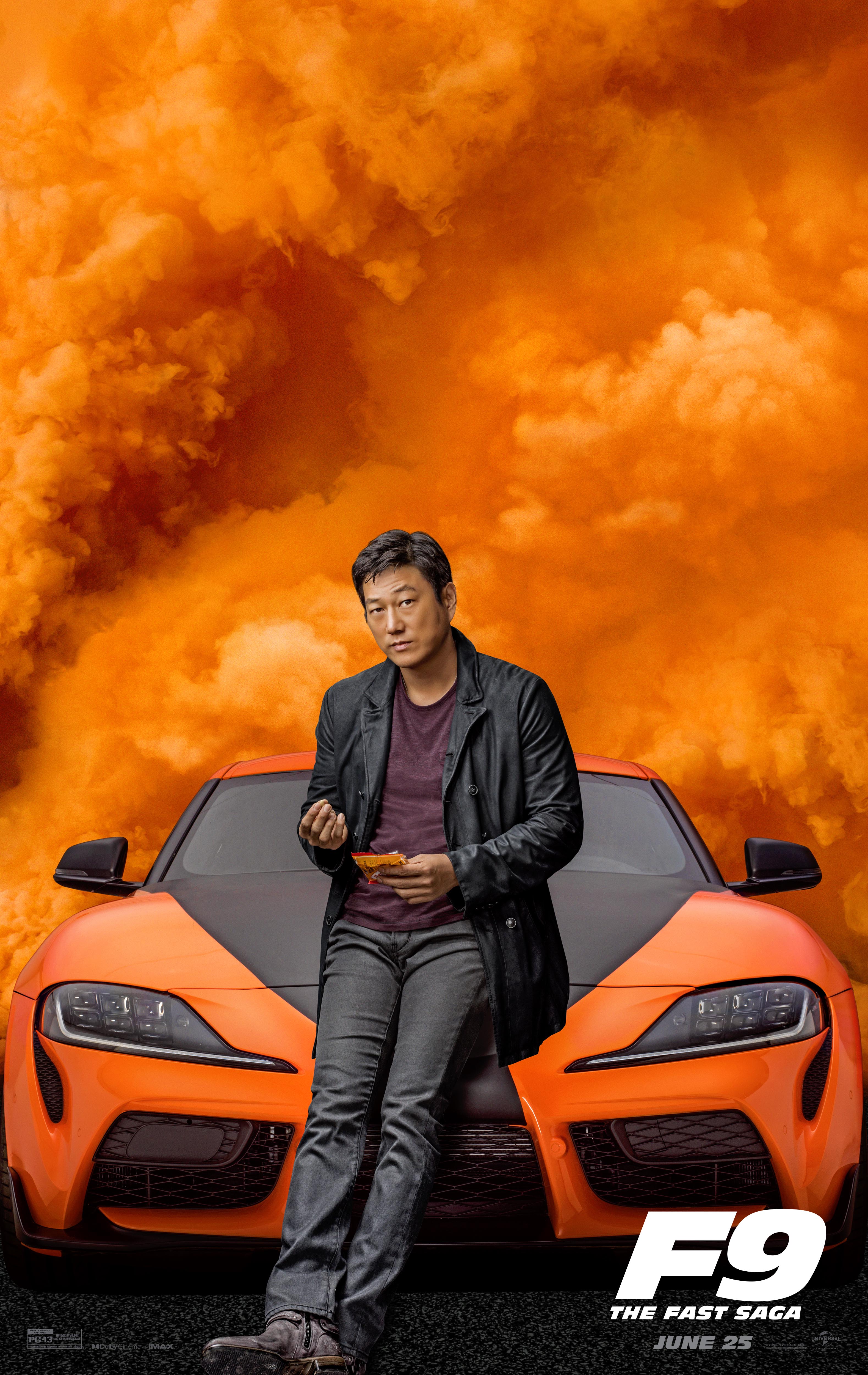 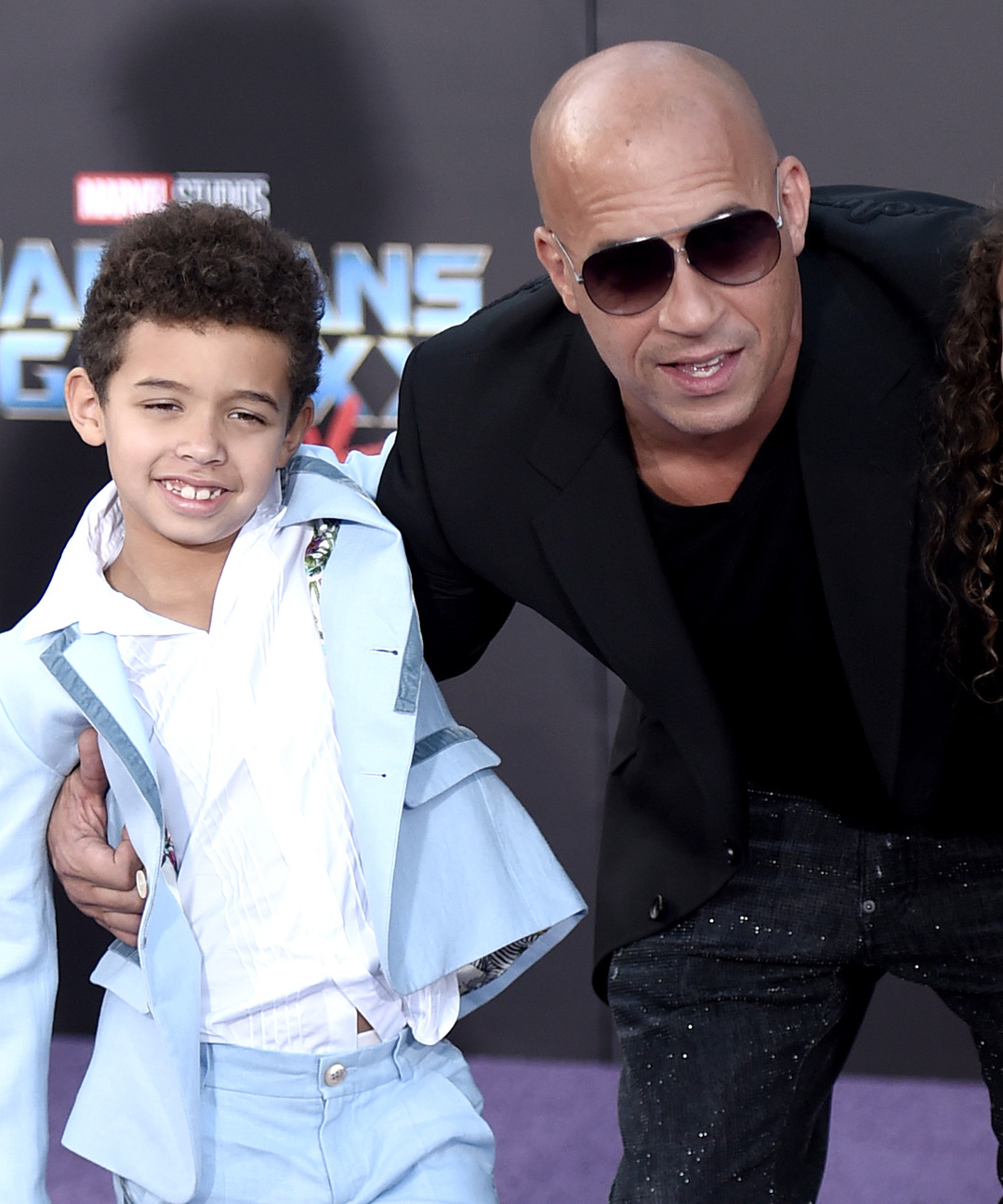 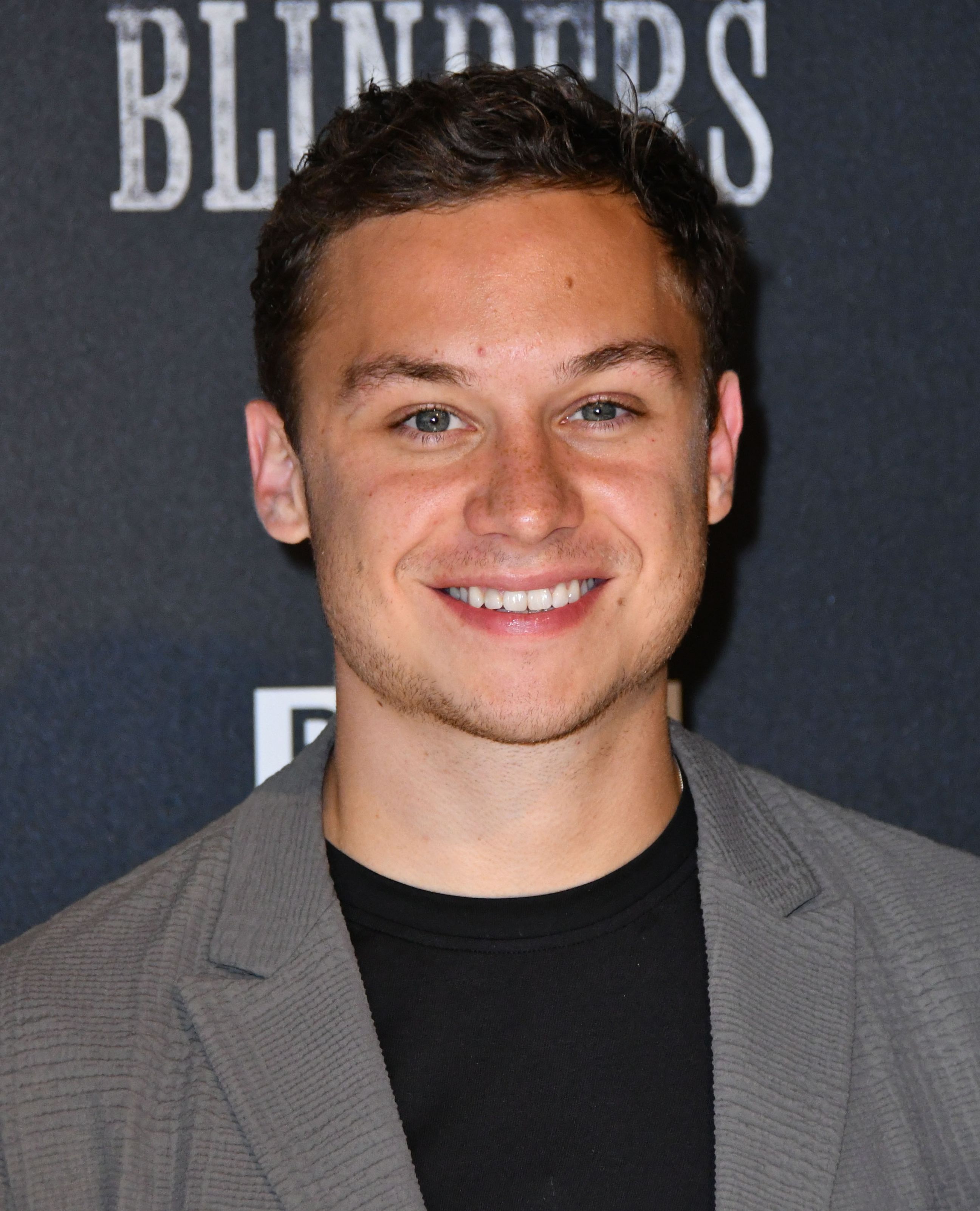 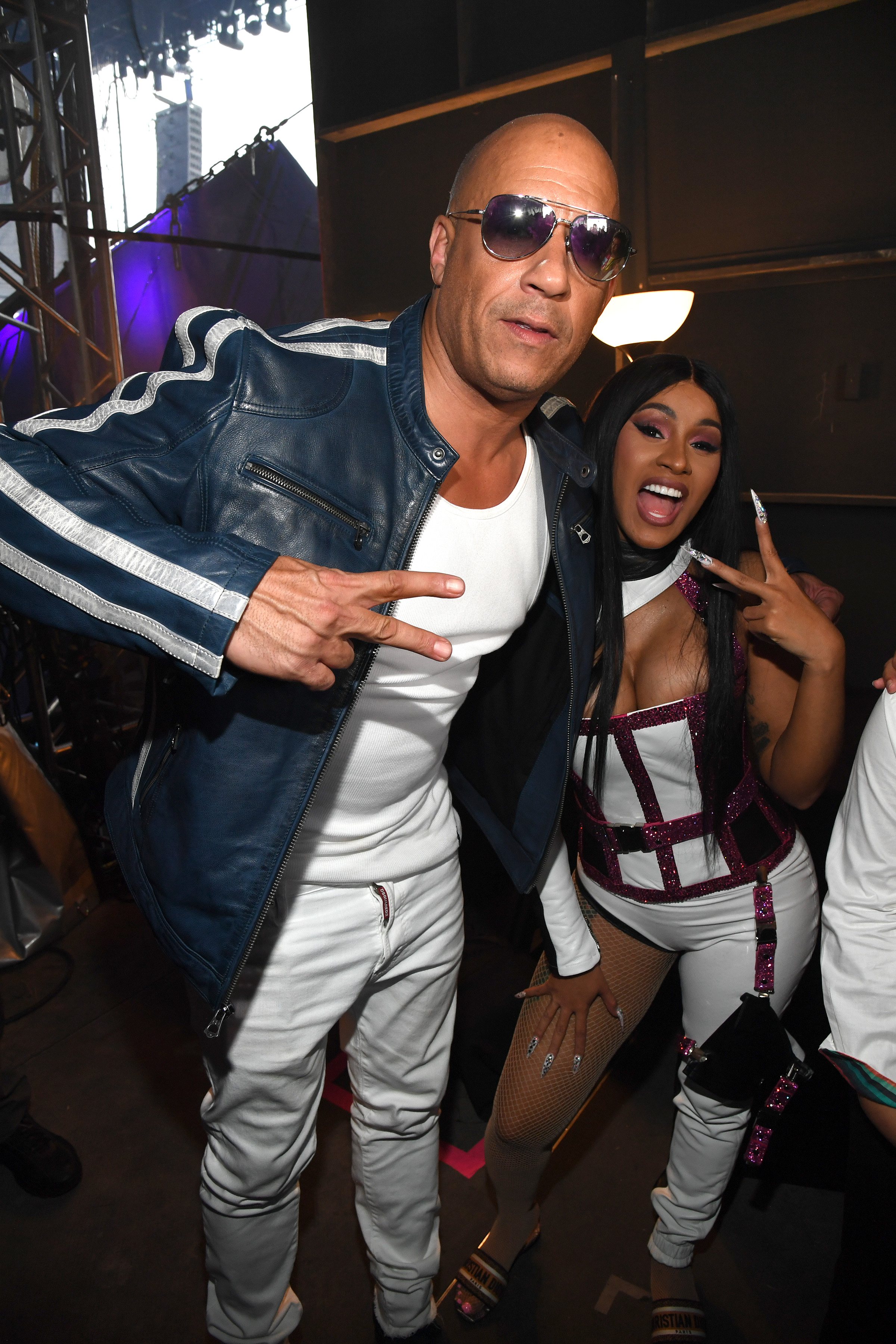 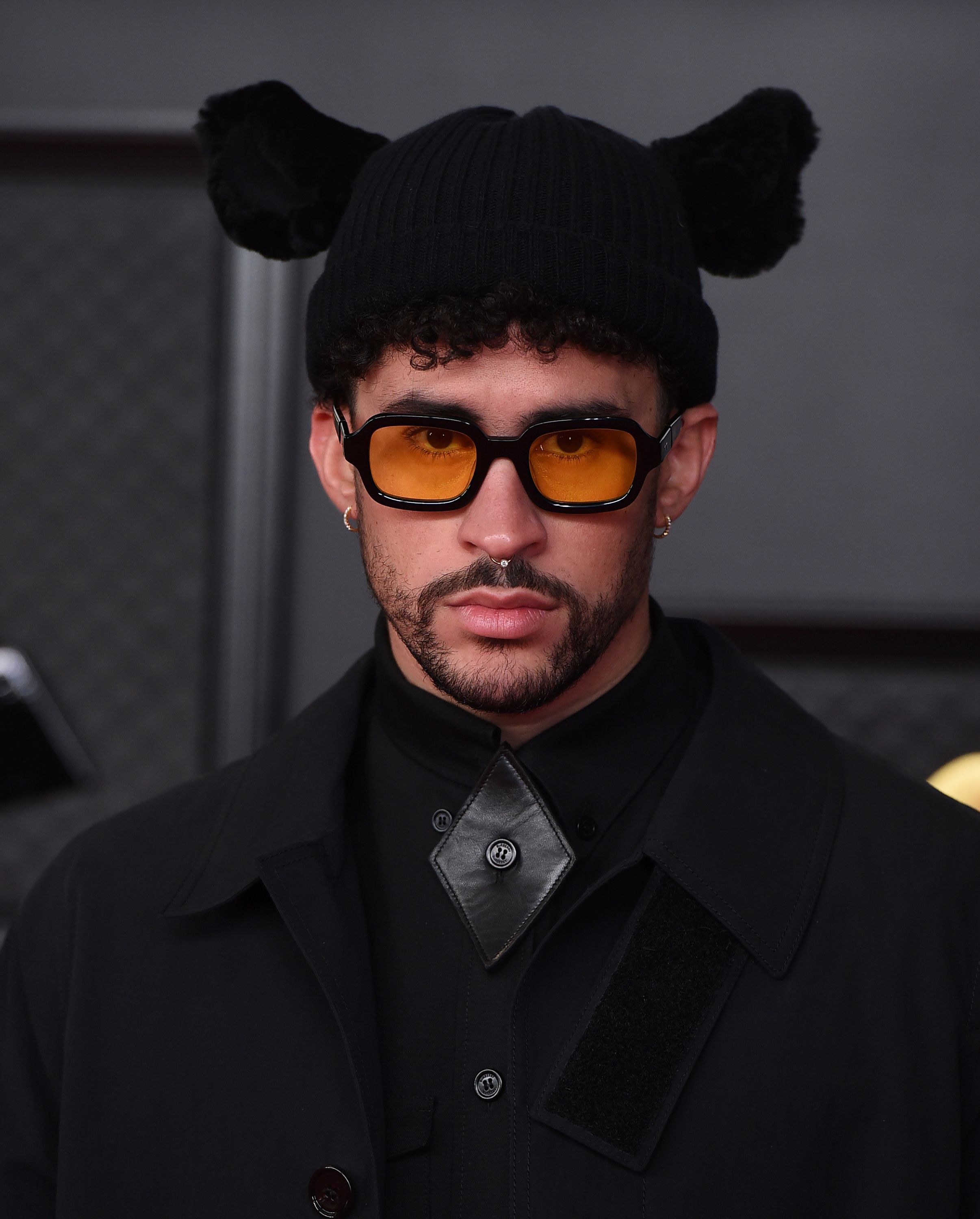 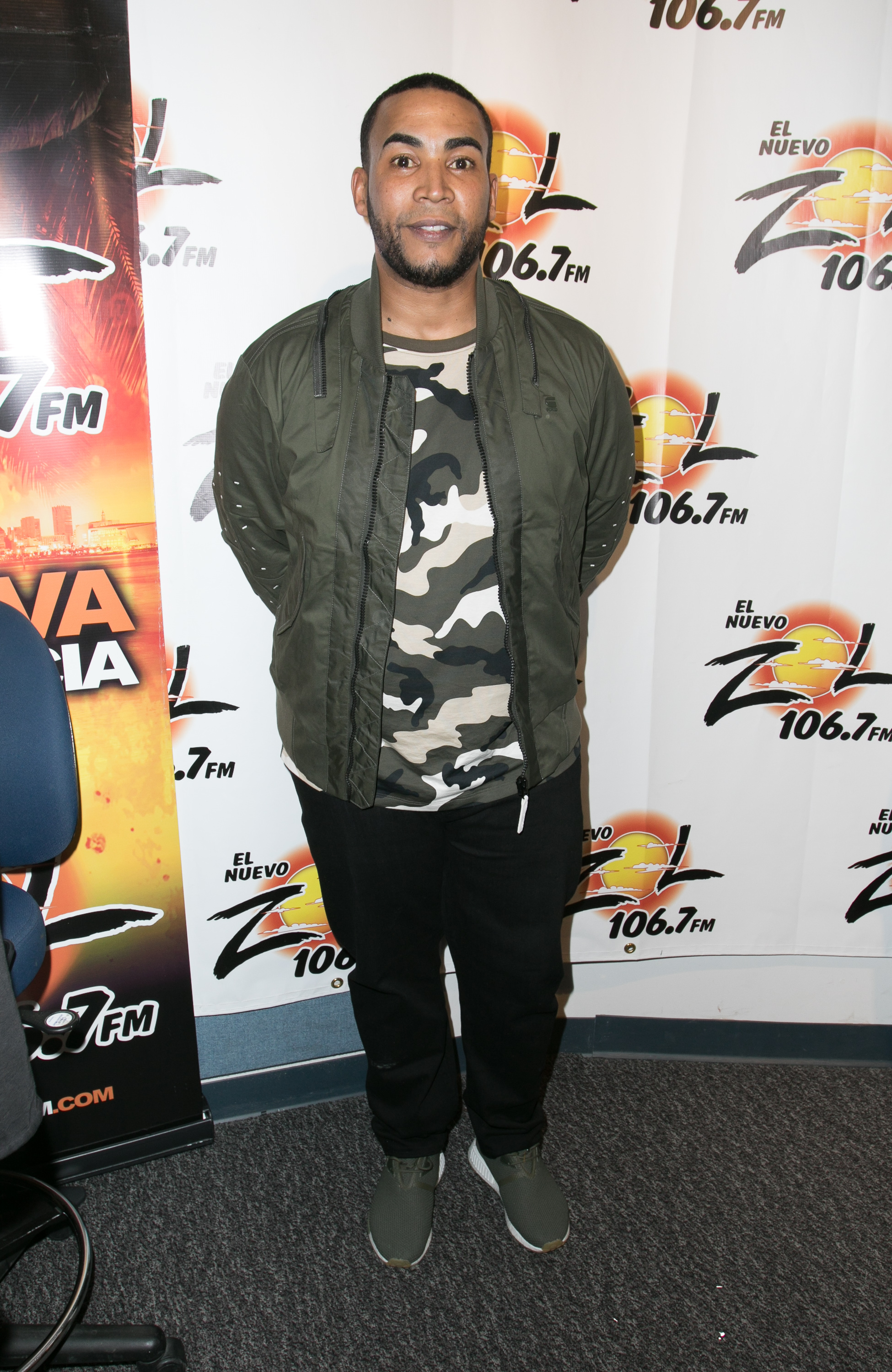 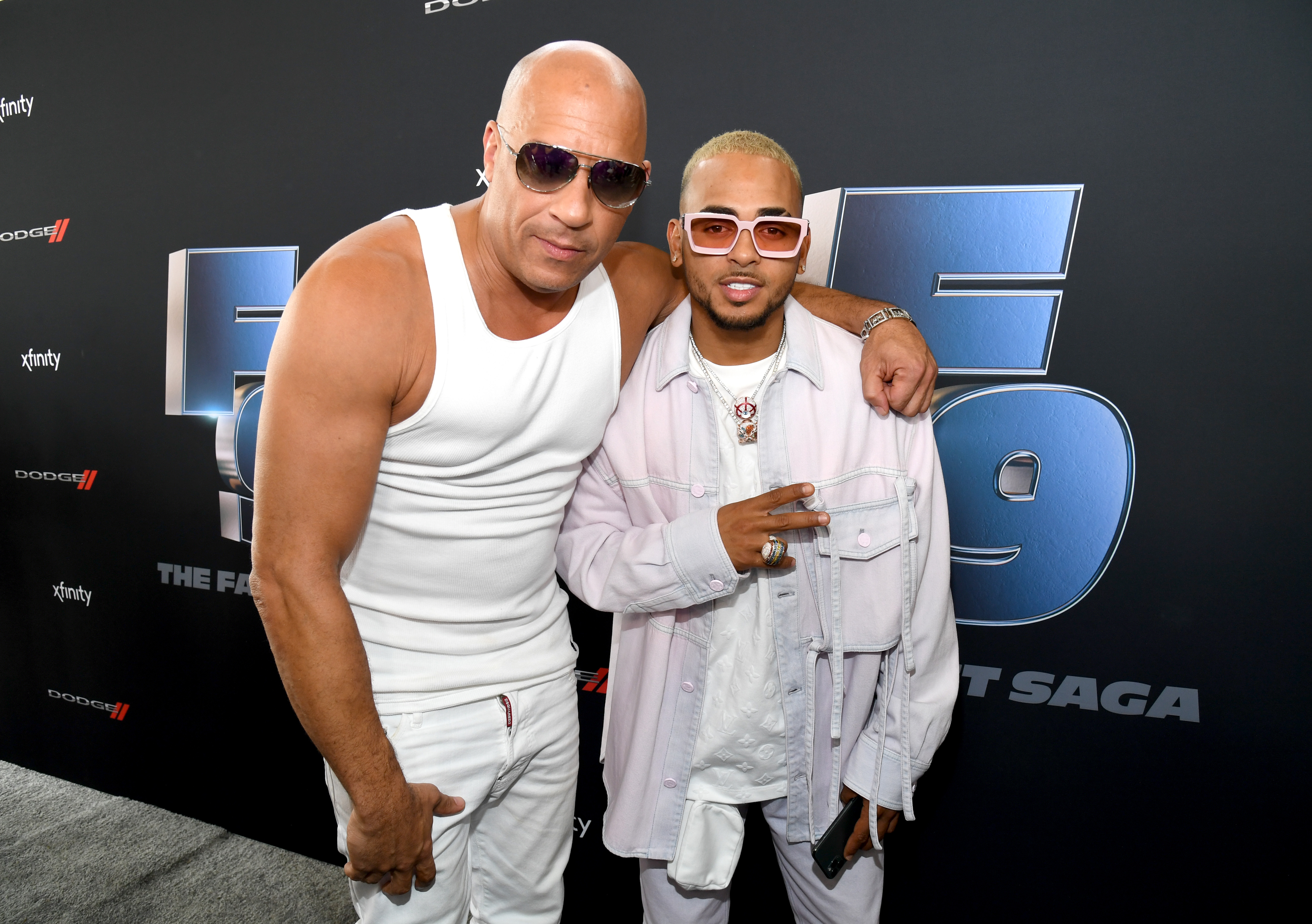 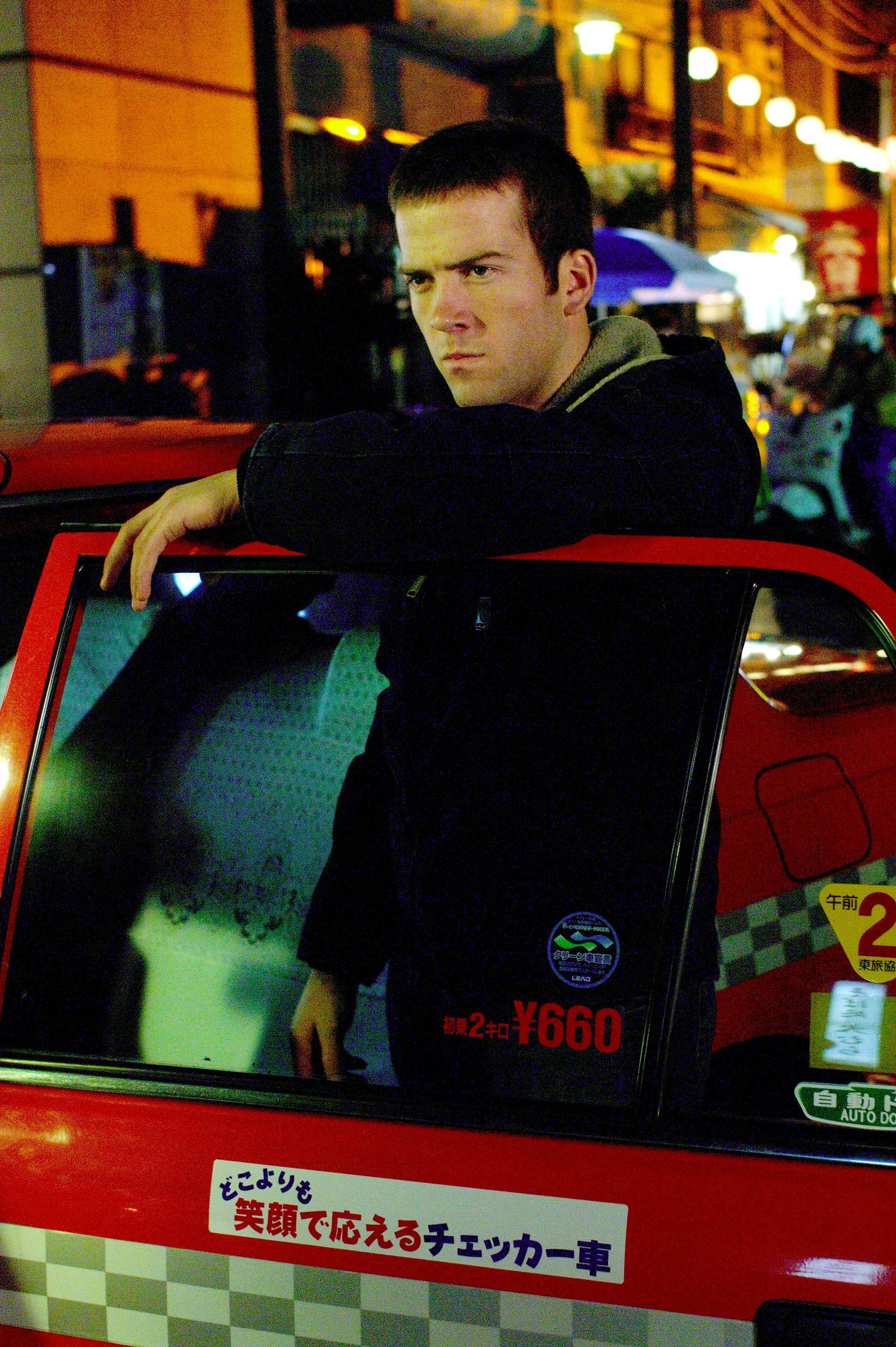 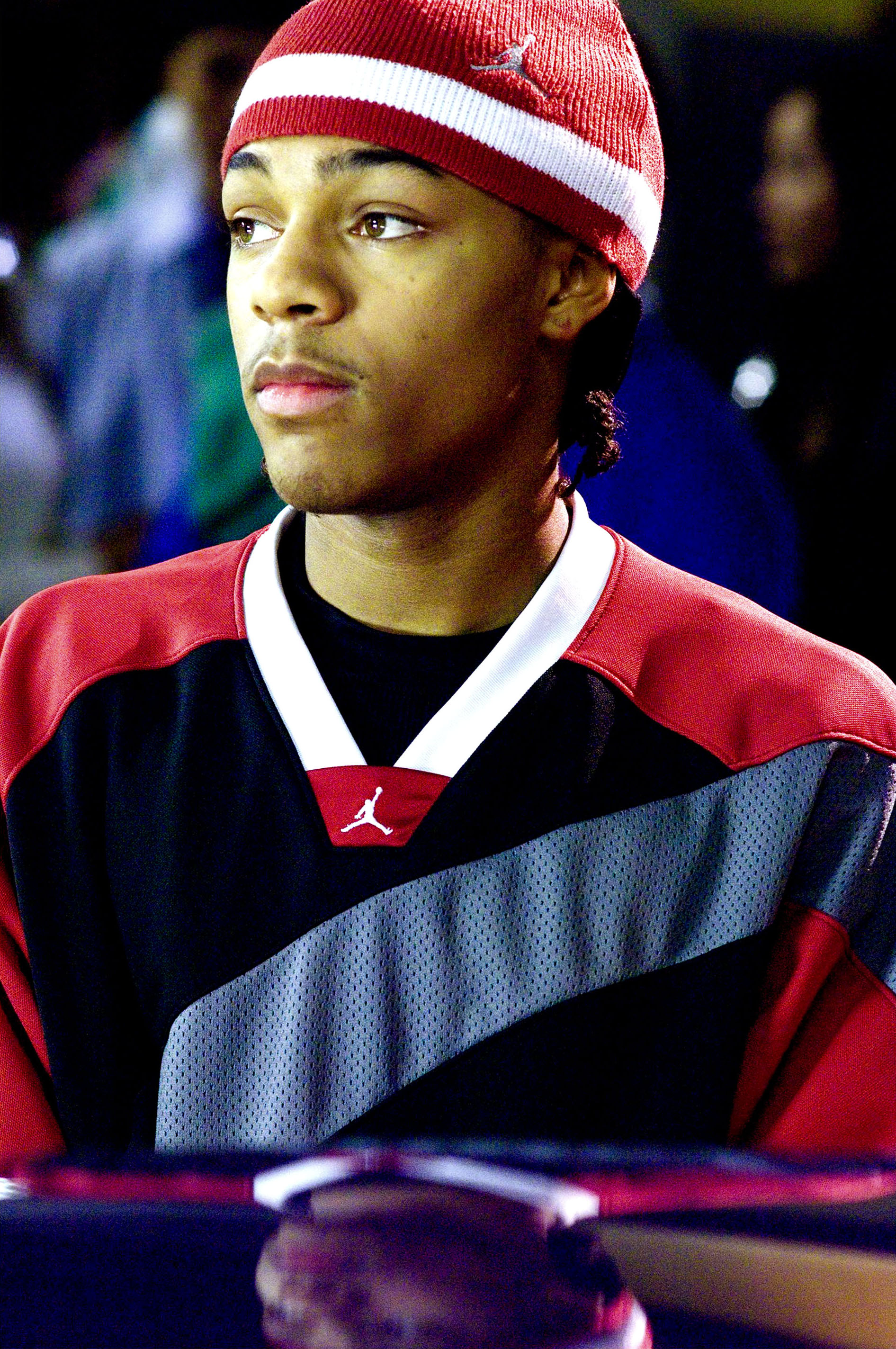 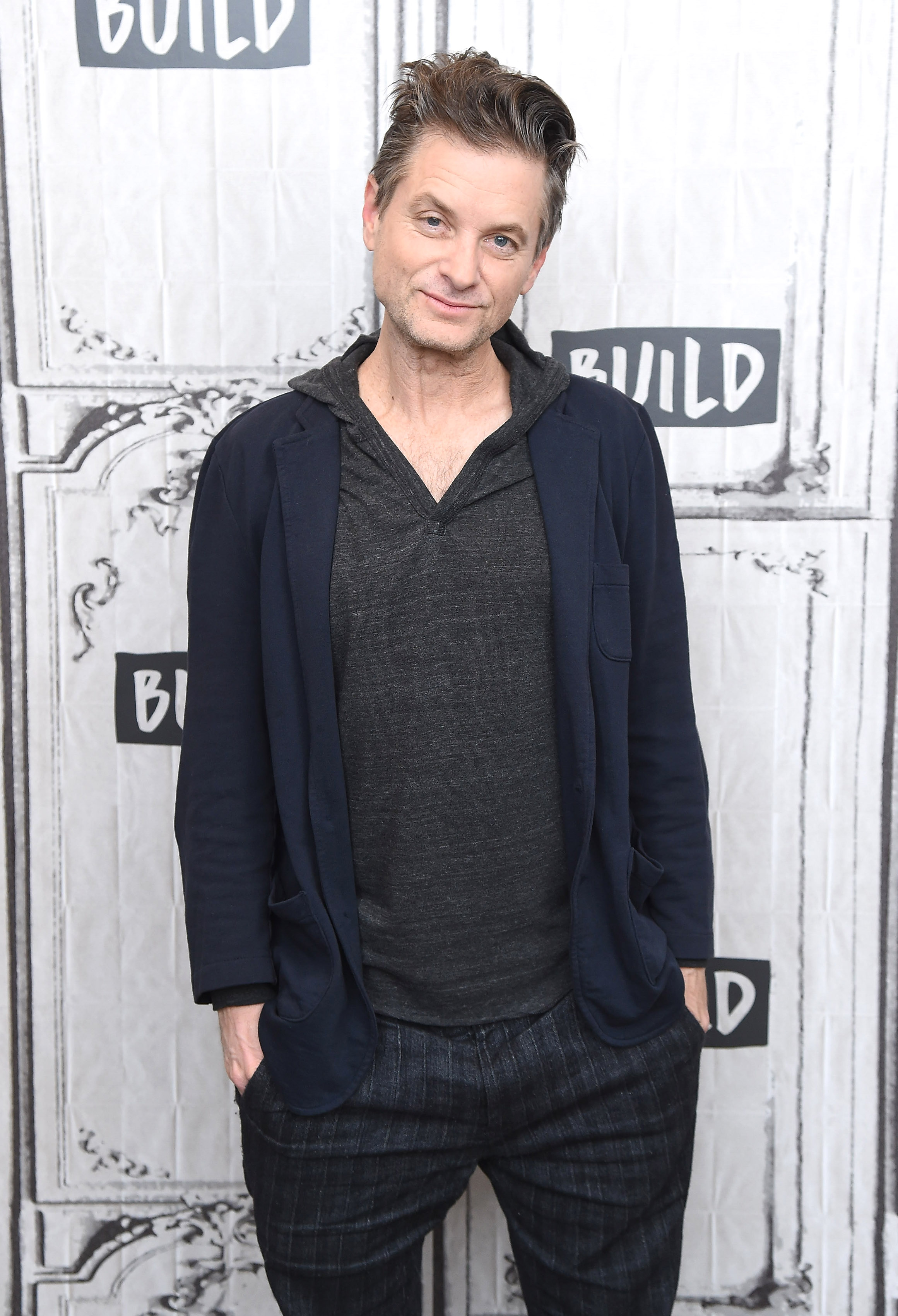 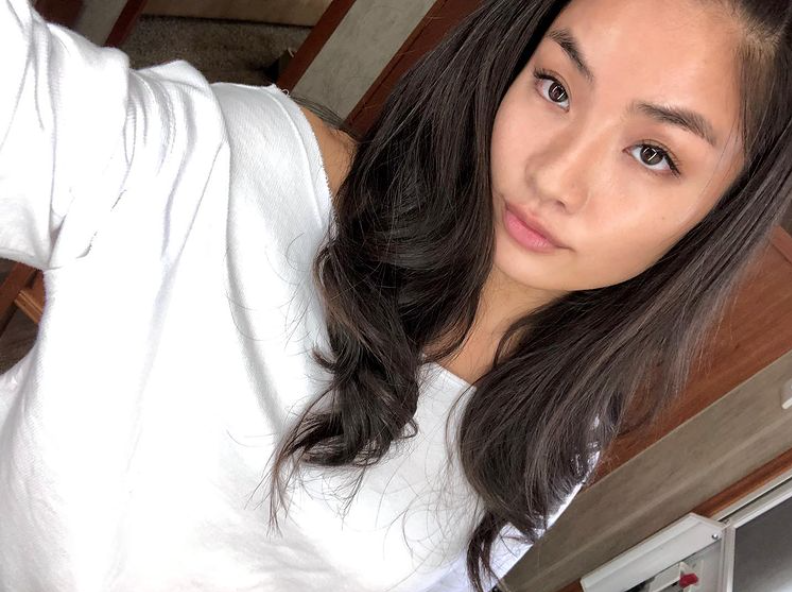 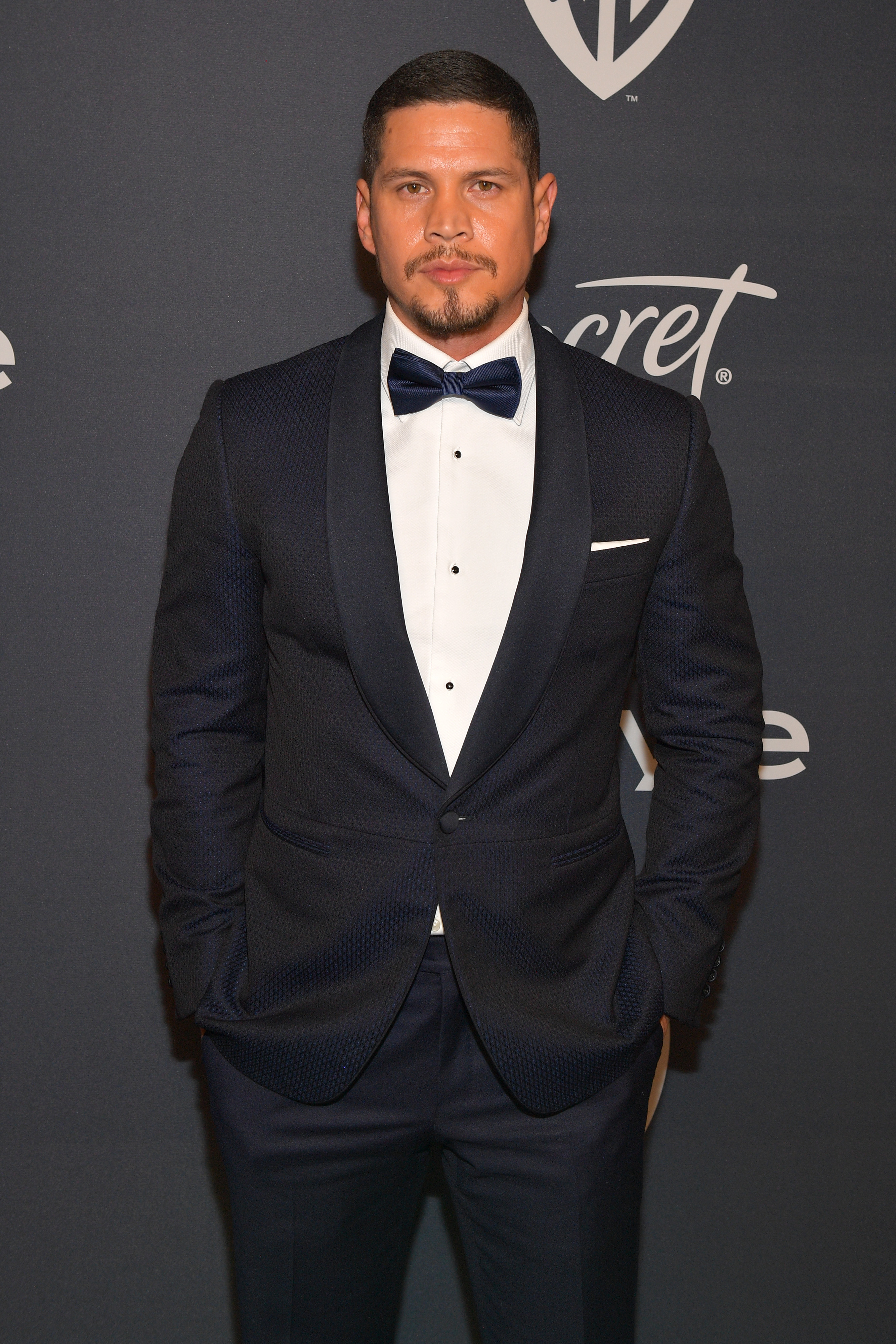 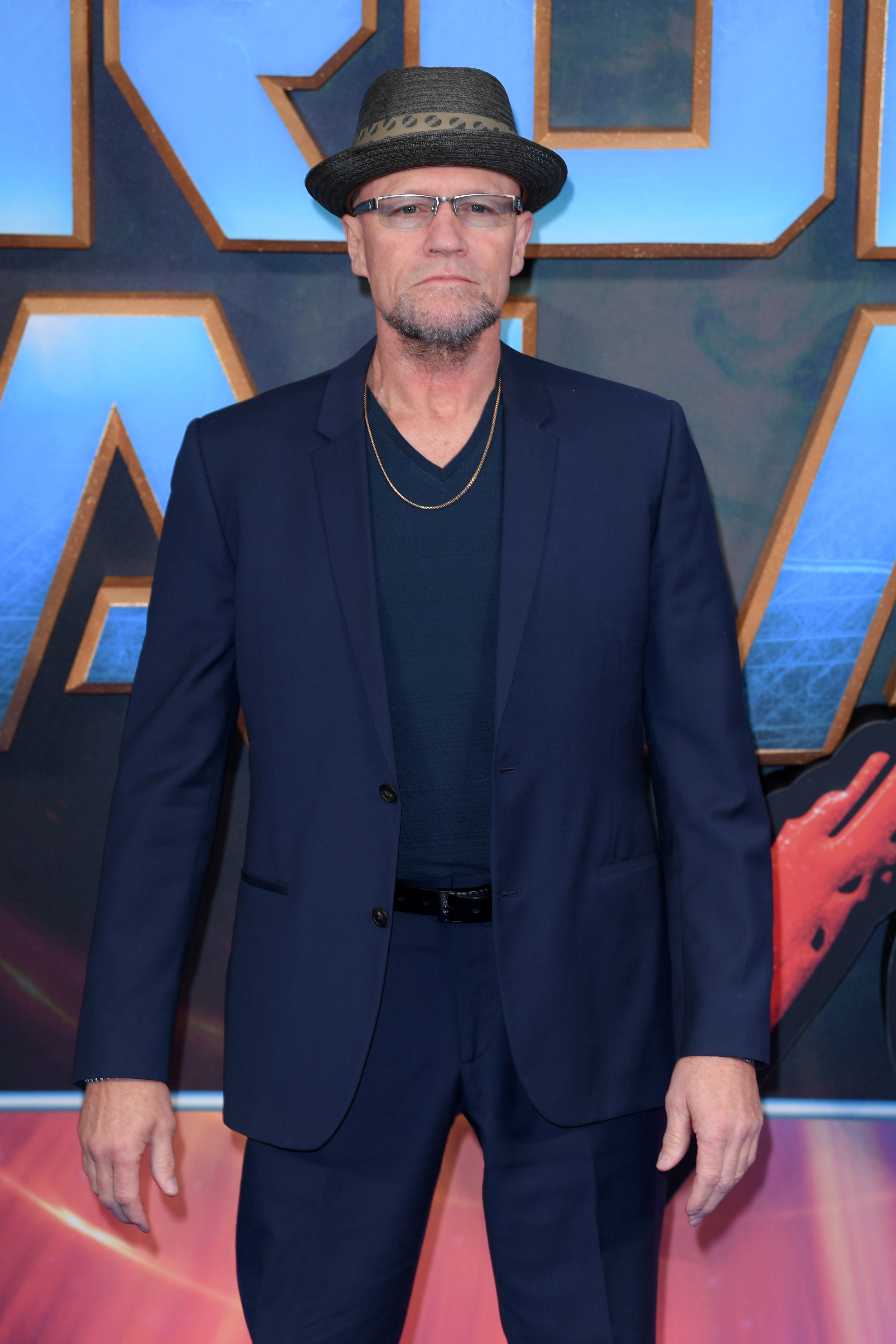 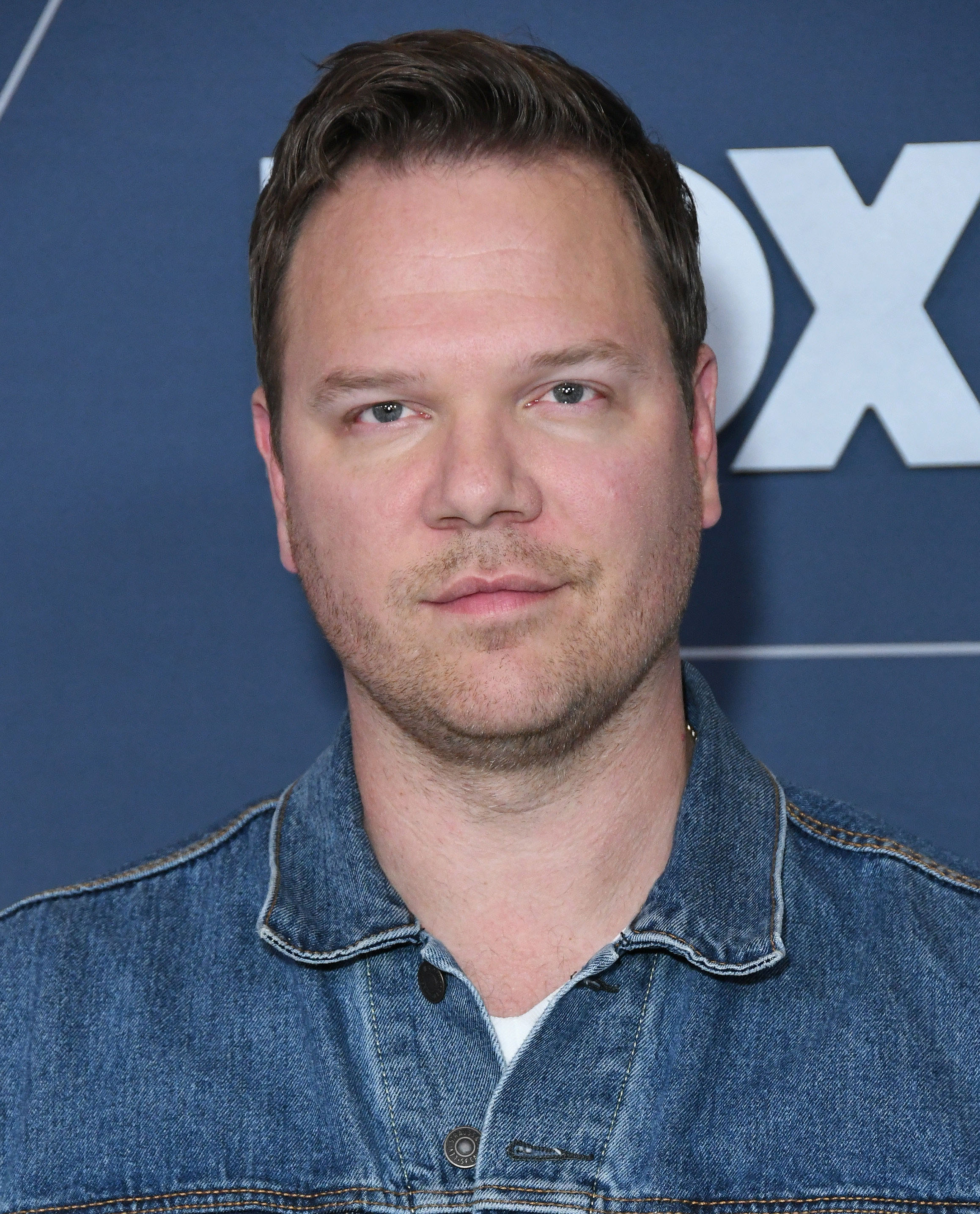 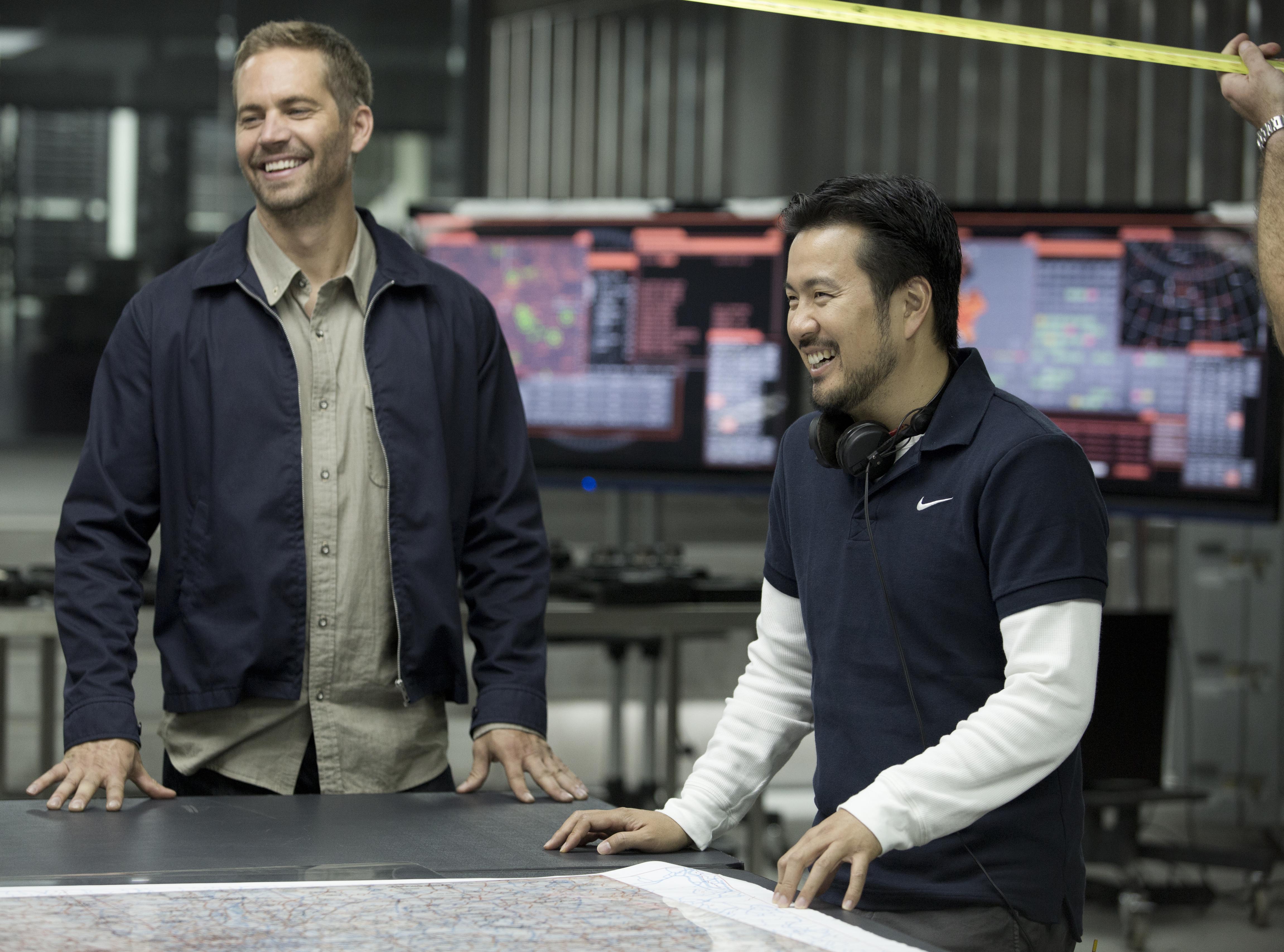 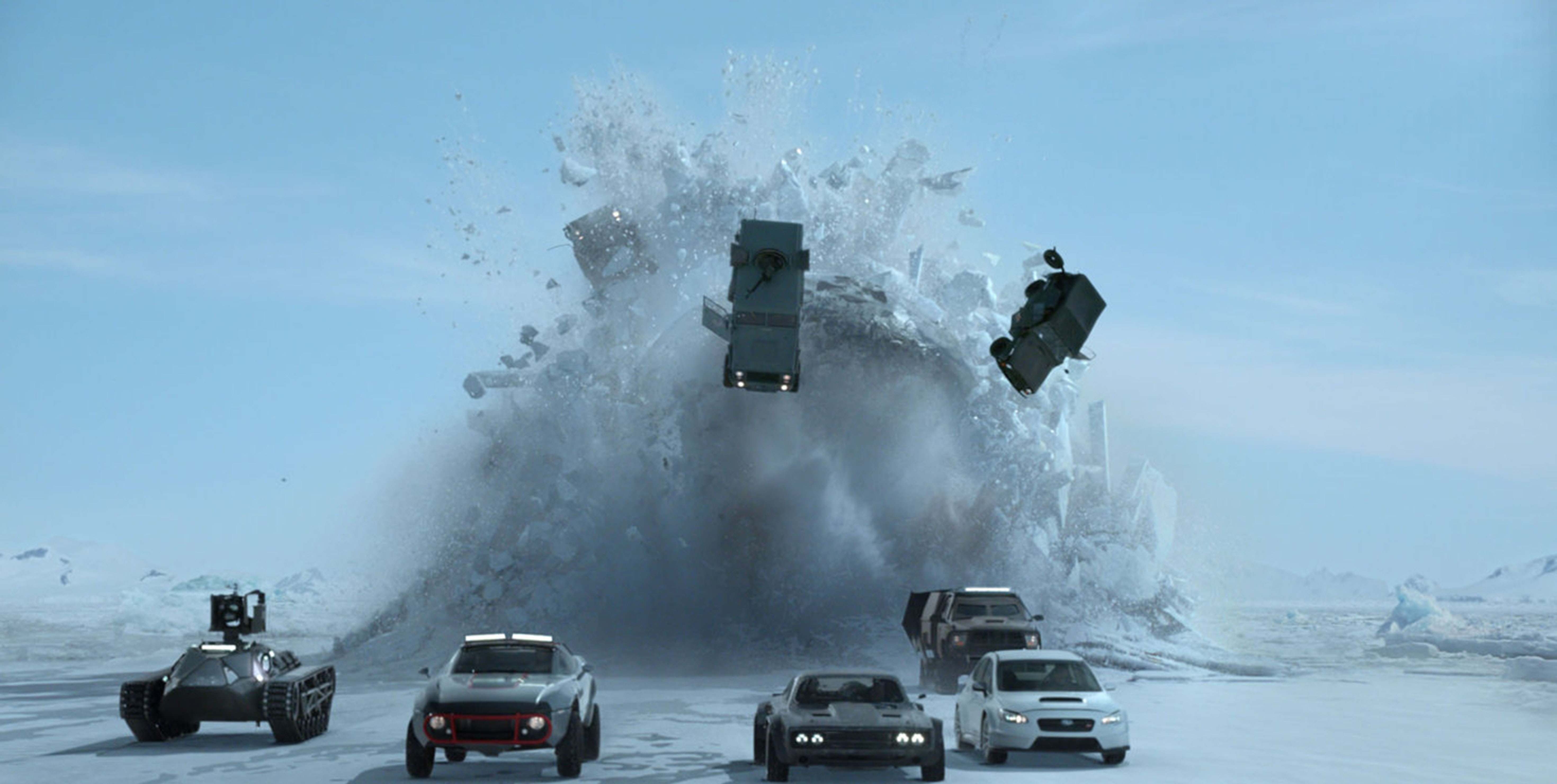 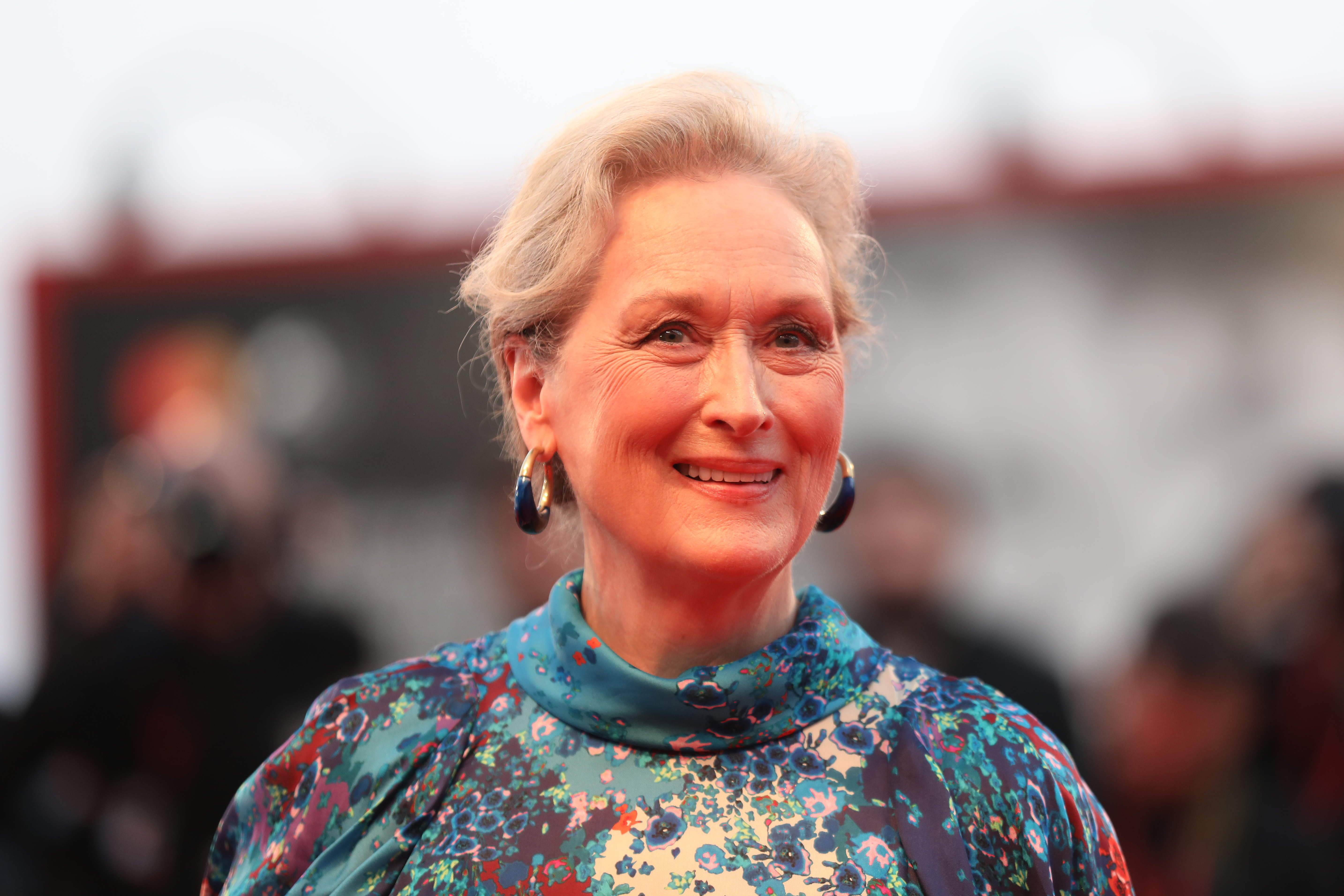