G-SHOCK’s G-B001MVA-1 and G-B001MVB-8 models are new iterations of the DW-001 model released in 1994. The newly interpreted pieces reference the Capsule Tough design (formally known as “Jason”) and feature a rounded face and resin back cover, reinforced with a Carbon Core Guard structure, a metal-clad exterior and a detachable urethane and stainless steel bezel. The styles offer an array of solid and ombré-style colorways, including the yellow/gray G-B001MVE-9 (featuring a rainbow ion-plated metal bezel), the black/gray G-B001MVA-1 and the black/gold G-B001MVB-8 — both replete with metal or urethane bezels, reimagining G-SHOCK’s signature rugged facade in a colorful, playful redesign. 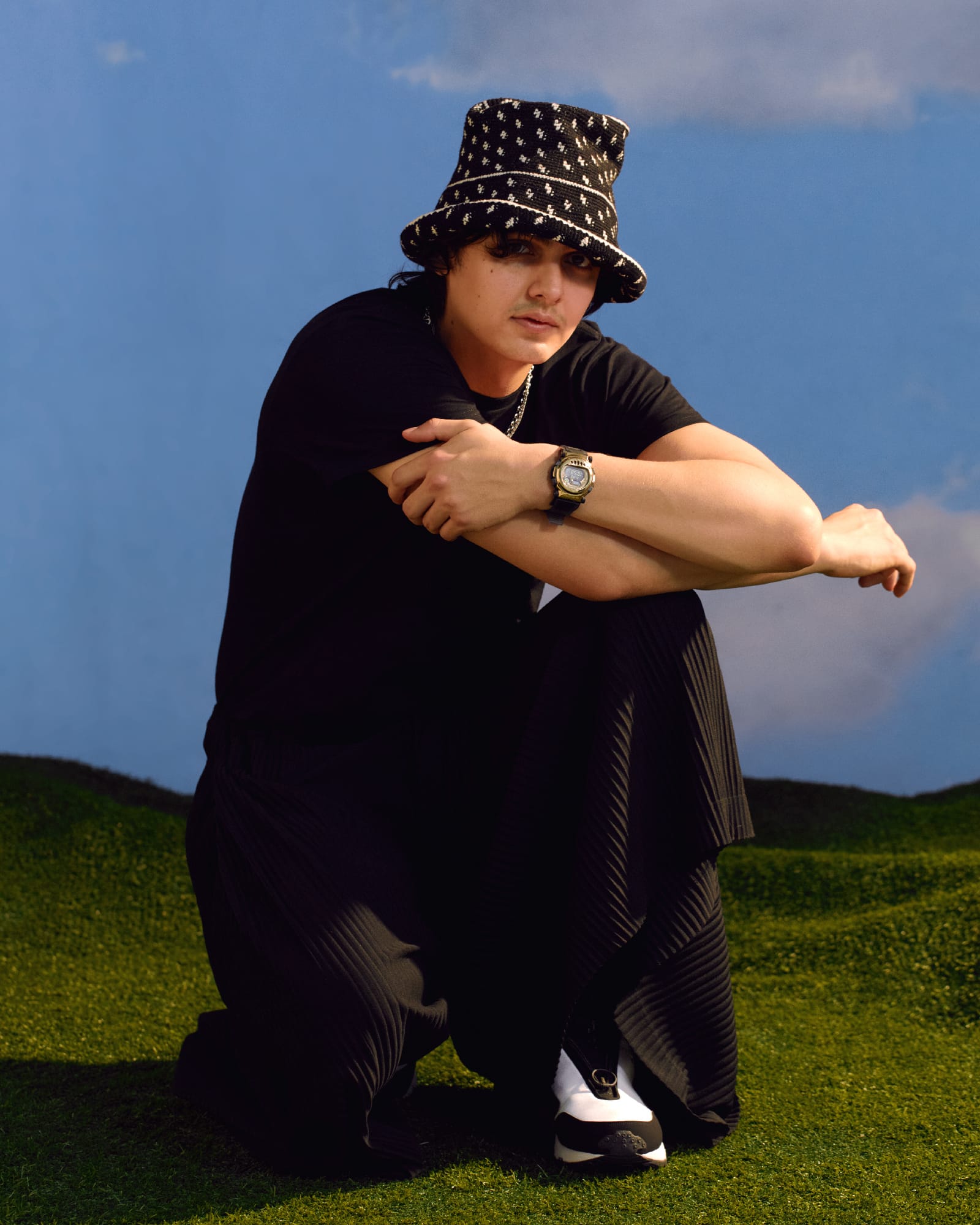 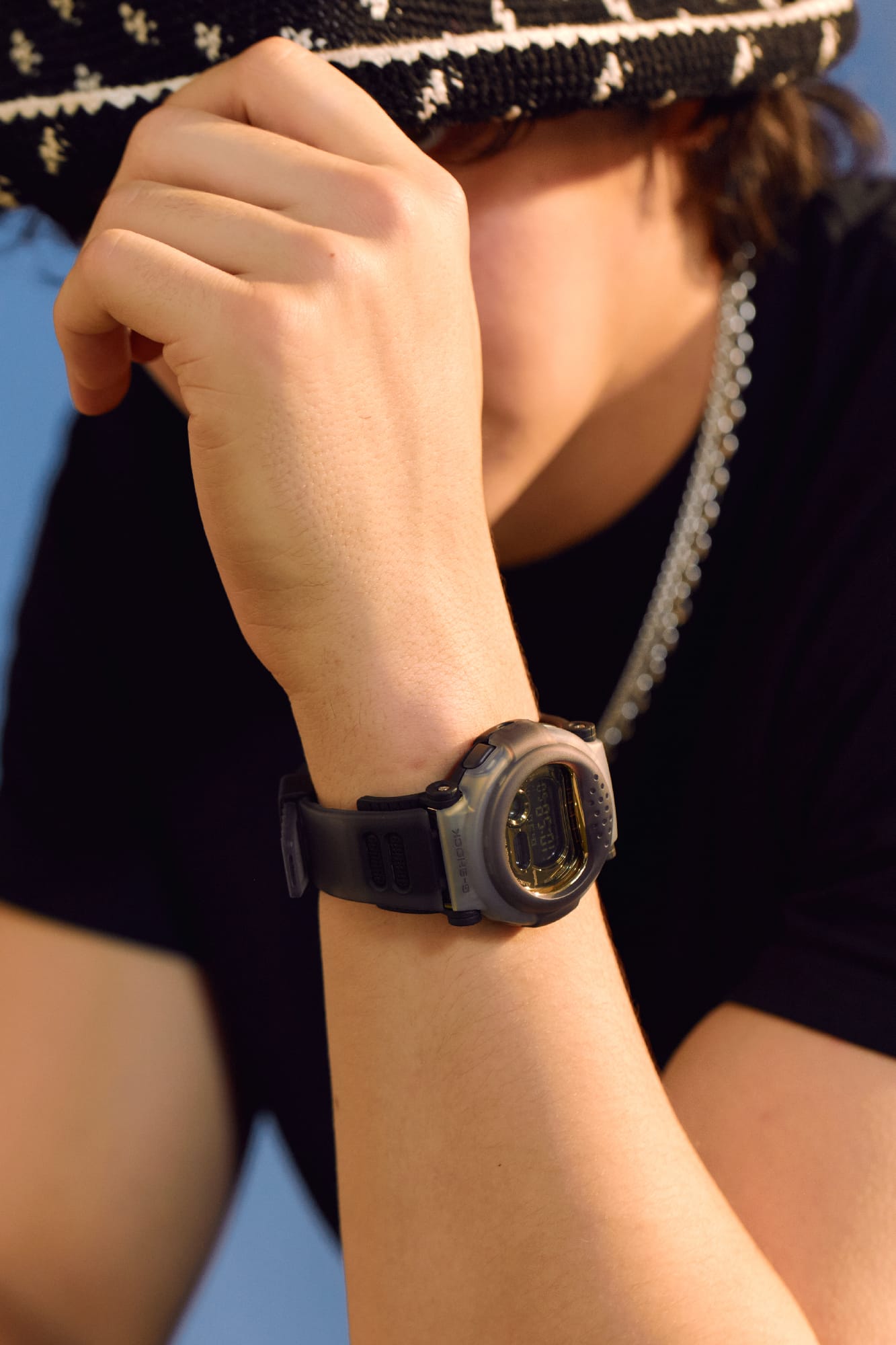 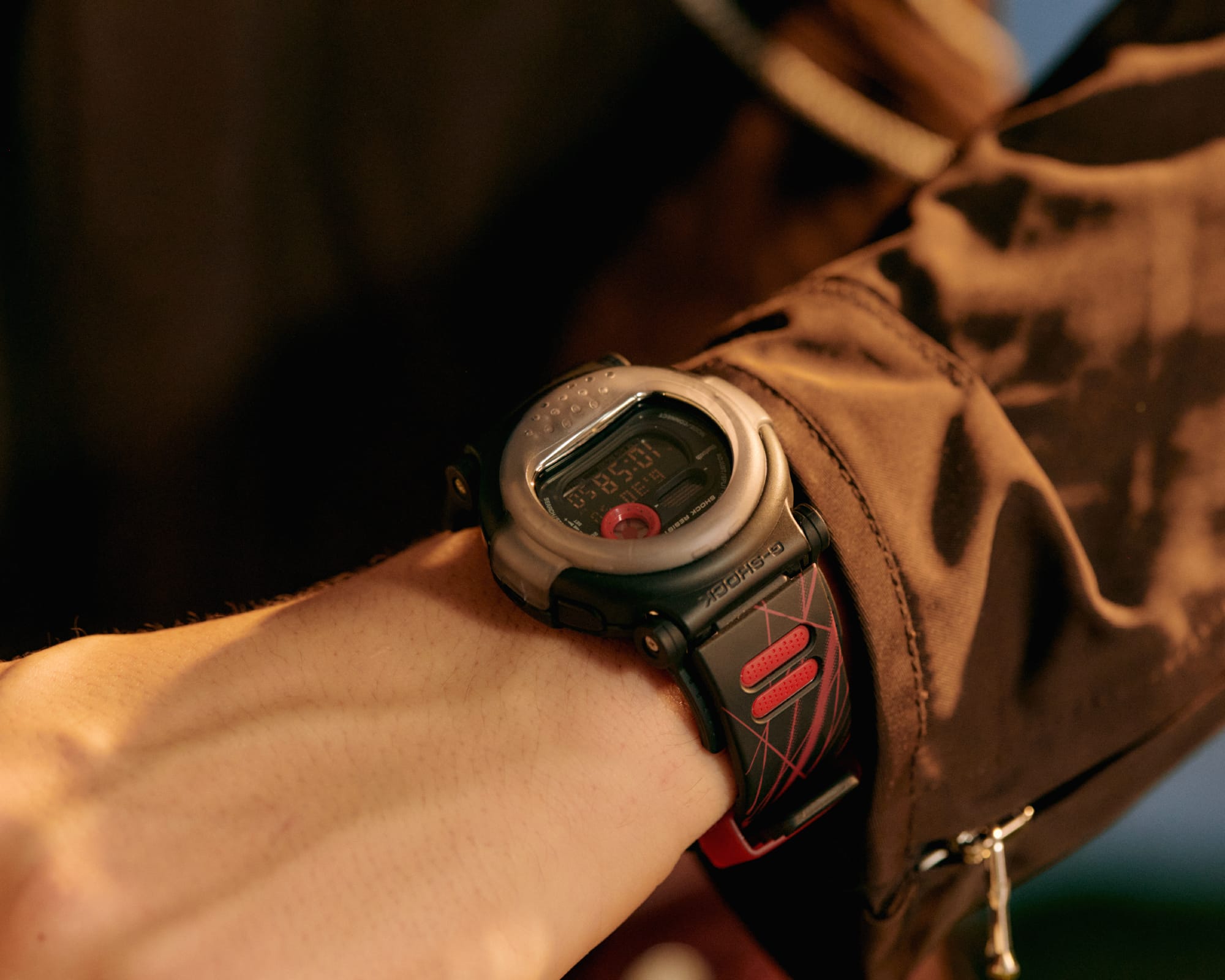 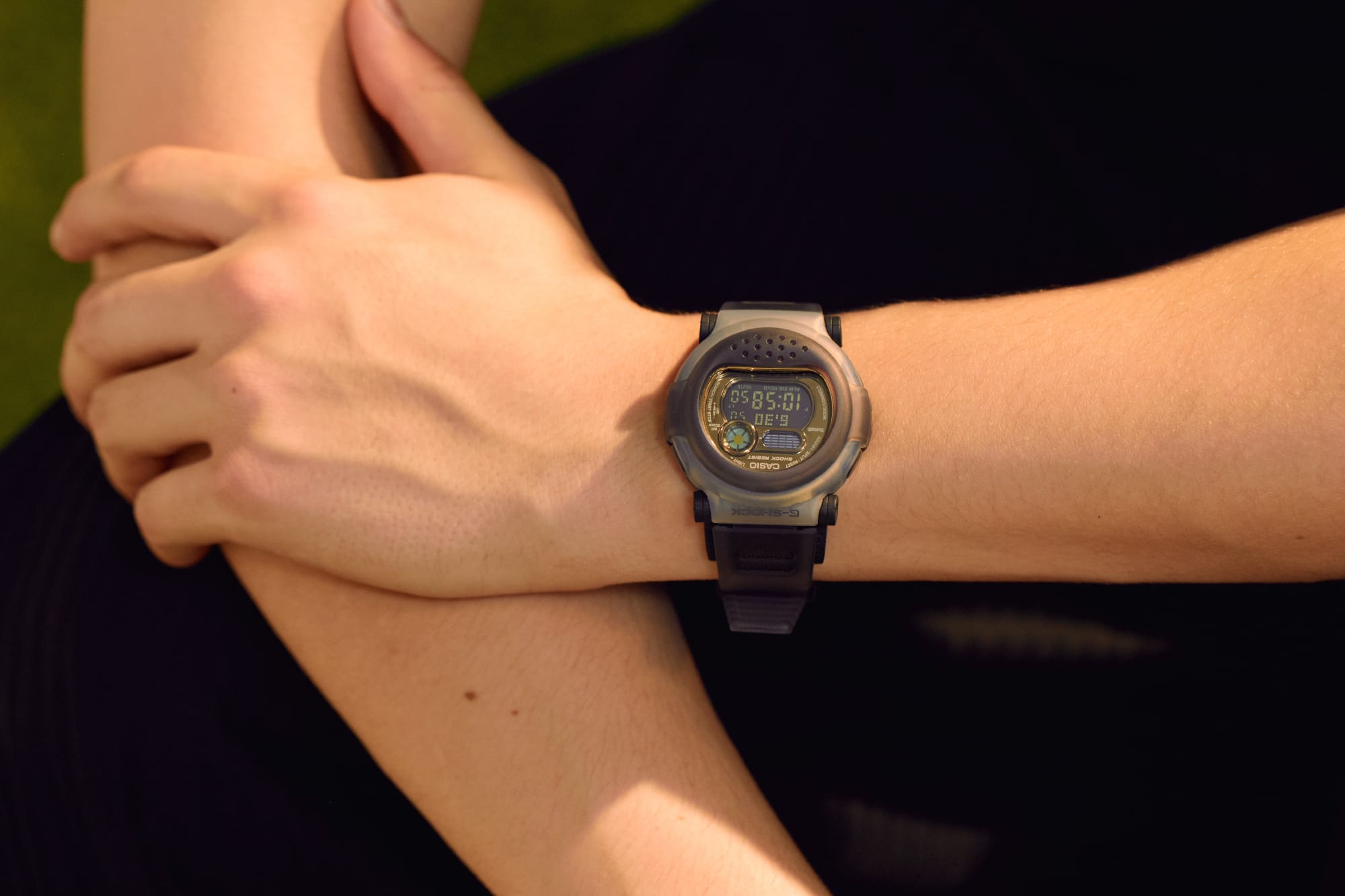 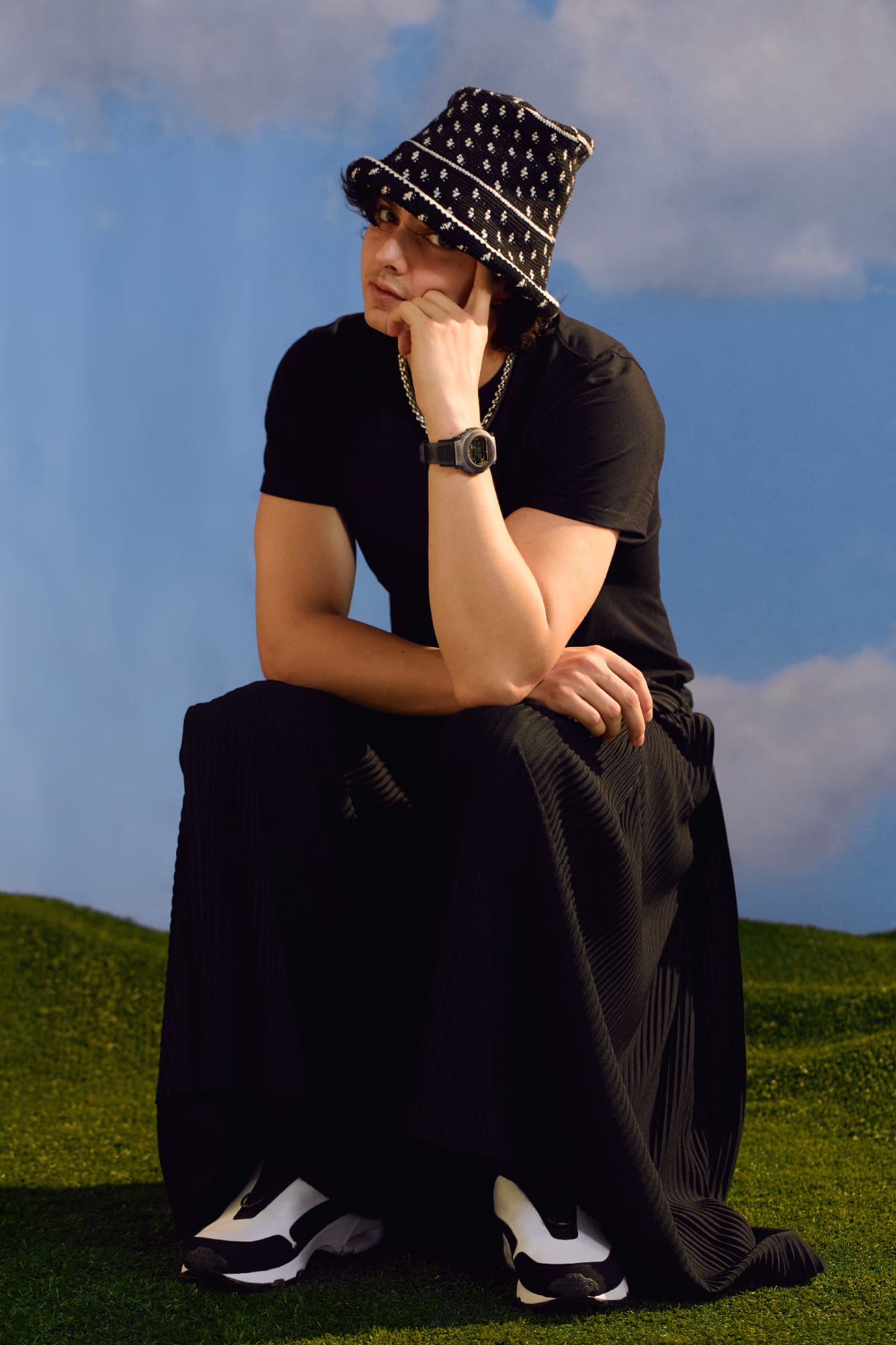 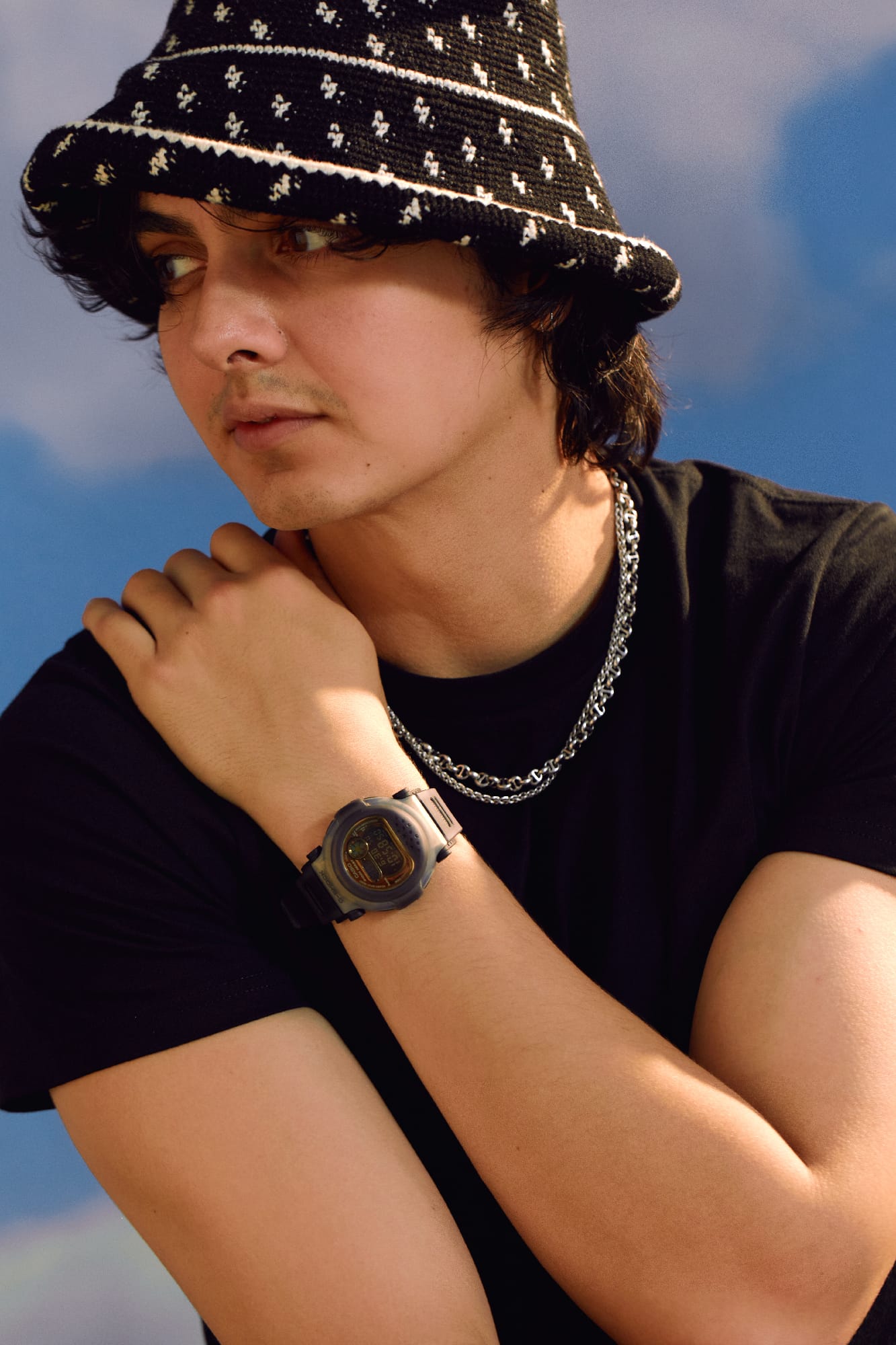 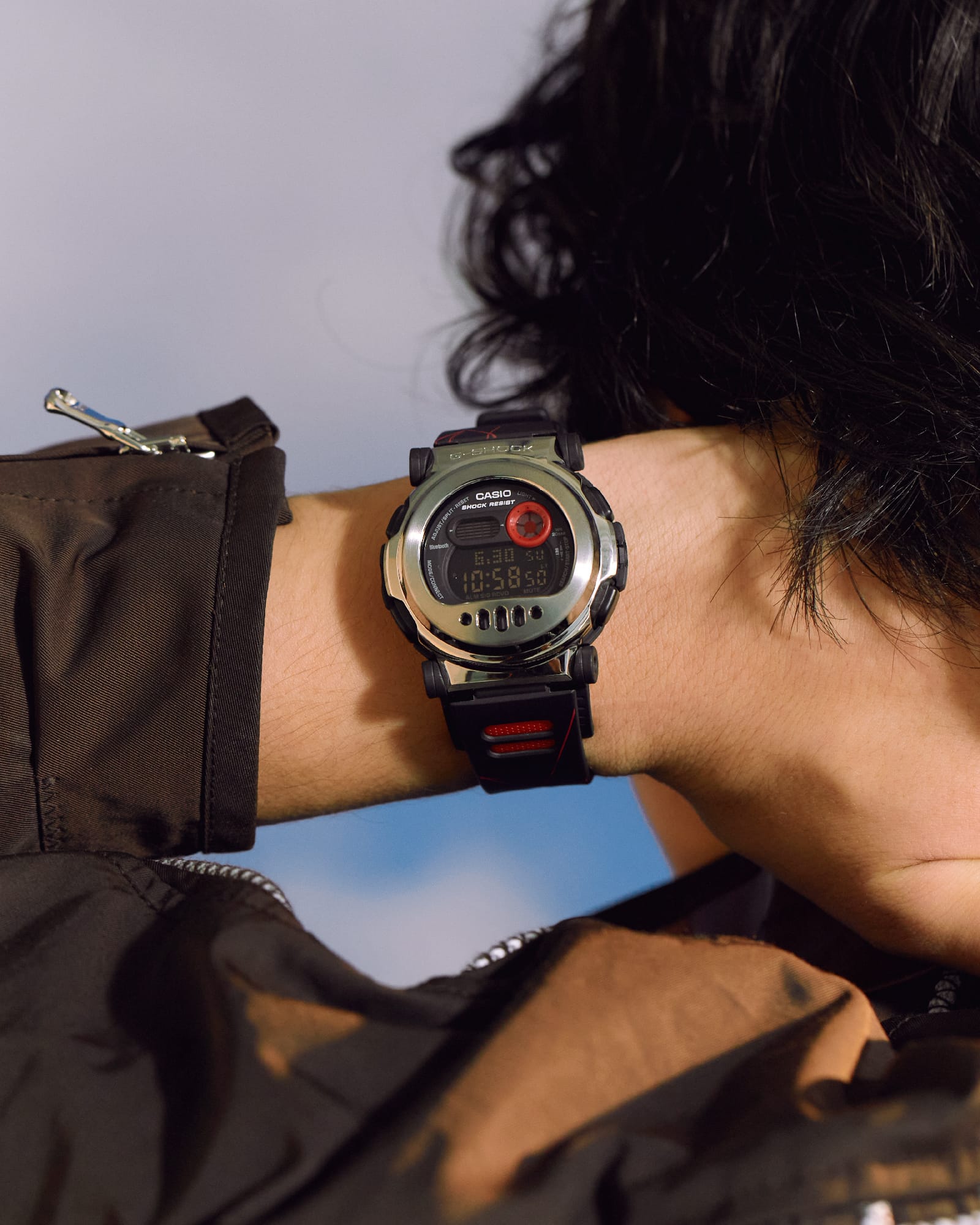 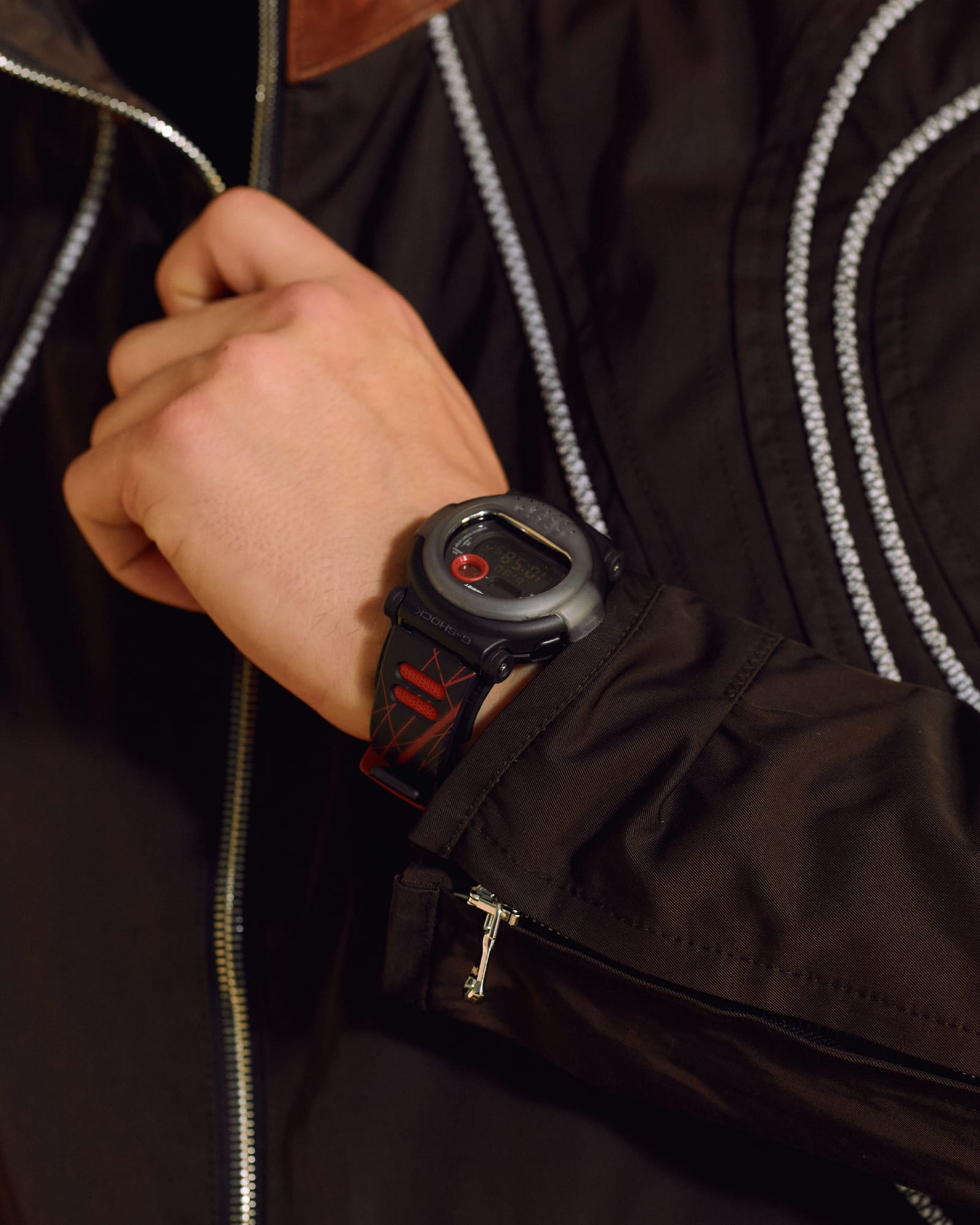 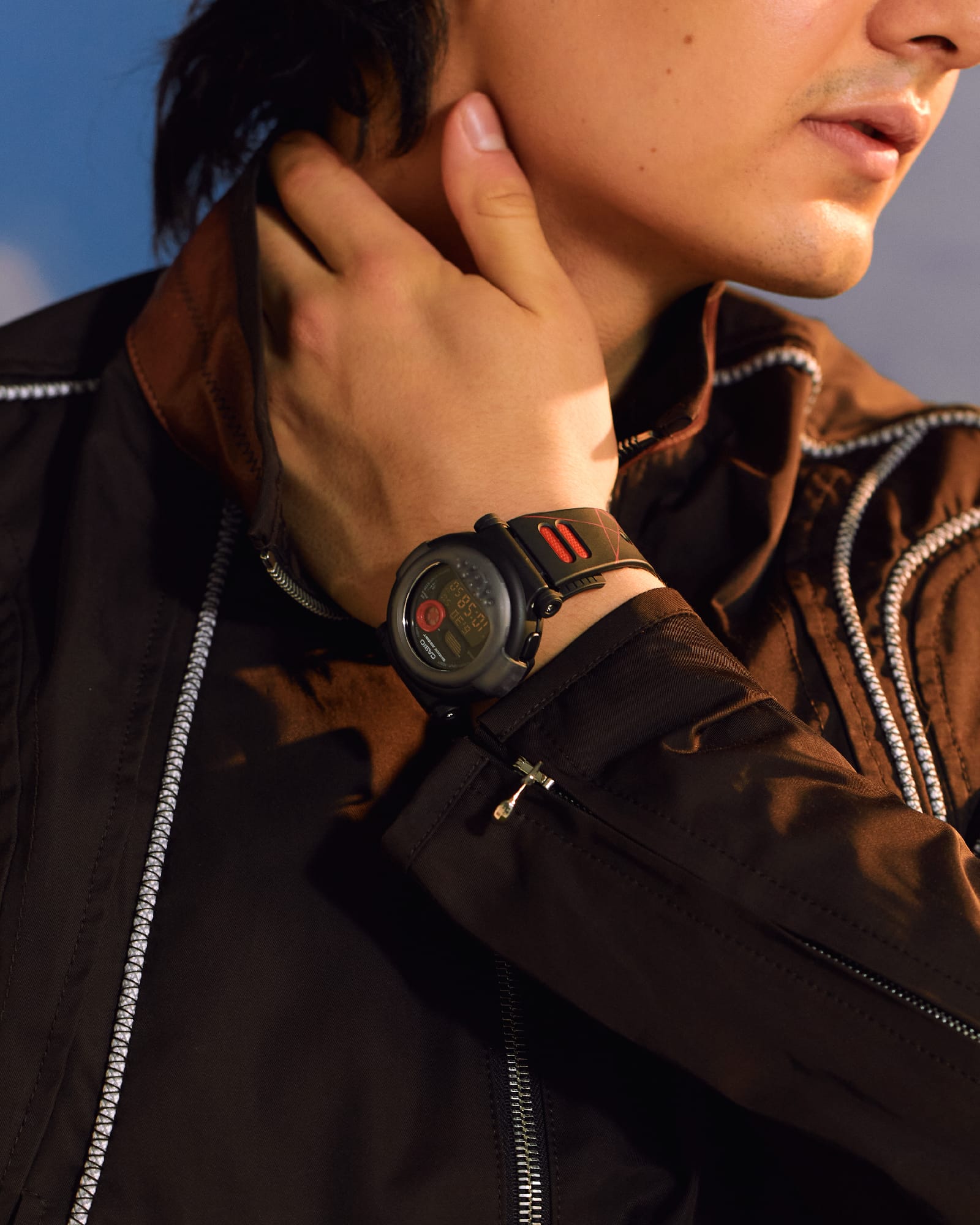 This series adopts the band design of the DW-001, namely the wing components on the underside of the band, which aids in a non-slip fit. The familiar decorative inserts near the base of the band are swapped from metal mesh in lieu of fine resin in continuation of the colorblocking theme deployed with each piece. Comparatively, the G-B001MVE-9 is the most expressive of the series, with its iridescent bezel taking on a mirror-like ion plating, while the other models display a high-shine finish. Two custom components accompany the G-B001MVE-9, including an ombré blue band and two-tone bezel in orange and green, further distinguishing its personalization elements. All featured models are shock-resistant and feature world time in 38 time zones, five daily alarms, a 1/100-second stopwatch, an automatic calendar, a countdown timer and a Super Illuminator LED backlight. Additionally, the series is equipped with Bluetooth connectivity via Smartphone Link.

In the lookbook above, the watches are modeled with interchangeable metal and urethane bezels. For a closer look at the G-B001MVA-1 and G-B001MVB-8, visit G-SHOCK’s website, and read more about G-SHOCK’s latest releases here.
Source: Read Full Article