Halsey responds to biopic backlash with a 'baby daddy' shout-out, plus more news

Halsey’s not here for your biopic backlash. Negative chatter about a possible Halsey biopic surfaced on social media this week after the singer confirmed on “The Tonight Show” that a feature film about her life could be in the works. On the show, Jimmy Fallon proposed Millie Bobby Brown could make a great onscreen Halsey. The 27-year-old singer, who uses she/they pronouns, agreed wholeheartedly, citing their resemblance to the “Stranger Things” star. Millie apparently caught wind of all this and posted on her Instagram Stories that she would be “sooooo down” to play Halsey on the big screen. Cue the Twitter naysayers. “What’s so interesting about her life that she deserves a biopic?” one Twitter user asked. “I thought those were only for legends like Aretha, Elvis and Ray Charles.” Another tweeted, “who is asking for a halsey biopic,” which sparked responses like, “literally no one.” In the wee hours of June 17, Halsey hopped on Twitter to weigh in herself. “I just wanna say RE: ‘why would Halsey have a biopic’, I didn’t show up somewhere and ask someone to make a movie about me,” they wrote. “A studio bought the rights to make it ONE DAY & I said ‘ok! cool.’ Best thing that ever happened to me bc the guy hired to write it became my baby daddy!” That would be writer/director Alev Aydin, who met Halsey in 2017 after he was hired to write a movie about her, according to Buzzfeed. The two ended up falling for one another and recently welcomed their first child together, Ender.

RELATED: See which stars have welcomed babies so far in 2022

Khloe Kardashian tweeted a reminder about life lessons, teachable moments and the value of forgiveness after the season finale of “The Kardashians” aired on Hulu on June 16. The episode showed Khloe’s reaction after she learned in December 2021 that her then-on-again partner, Tristan Thompson, had not only cheated (again), but fathered a child with another woman during his relationship with Khloe. “This was definitely a tough episode but there’s so much beauty in watching how close my family is,” tweeted Khloe, who shares daughter True with the NBA star. “… we’ll always stick together and love one another deeply,” she added. Khloe was candid about her response to the paternity scandal in the episode, saying in a confessional at one point: “A courtesy would be not doing it. But fine, if you do it, you’re not even gonna be a f****** heads up before the rest of the world? It’s just an additional slap in my face. It’s humiliating, I’m embarrassed.” She also admitted she was starting to become “immune” to Tristan’s repeated infidelity, calling that fact “sad.” On Twitter this week, though, she sounded determined to move past it. “Life is full of lessons, teachable moments,” Khloe tweeted. “We should handle them with grace/love. Even if we are hurt by them. Take ur moment, cry/scream but remain composed & remember that Love heals & teaches more than anger or hate ever will. We all deserve forgiveness and most of all… LOVE.”

Bring on the diva memes! Mariah Carey was inducted into the Songwriters Hall of Fame this week and she didn’t shy away from poking fun at herself when she accepted her award. After thanking the organization for honoring her, Mimi paused to put sunglasses on, joking that she needed “to check out this lighting” because her “lighting guy couldn’t get on the plane,” according to Billboard. A few hair tosses later, she told the audience, “I’ve become a hermit in case anybody is curious,” and said it was her “first actual live moment” since the pandemic began. “Congratulations to my fellow inductees,” she continued, before taking a playful swipe at one of her R&B peers. “Jermaine Dupri got in, I don’t know, before COVID,” she said in mock annoyance. “And I was like, ‘You know what, Jermaine? I’m really p***** you got in before me.’ But that’s a whole ‘nother story …” The singer even referenced a recent copyright infringement lawsuit filed against her over “All I Want for Christmas Is You” when she admitted songwriting is “not the easiest profession in the world” because of potential lawsuits. She got more serious after that, recalling how writing music and poems as a little girl helped her manage her “dysfunctional background.” Finally, Mariah said that even though she wrote all but one of her 19 Billboard Top 100 hits, “I constantly have to remind people I’m a songwriter.” The singer put her sunglasses back on. “It’s become a joke … I’m a diva, whatever,” she continued. “You may be somewhat familiar with the meme of me going, over and over, ‘as a songwriter, as a songwriter, as a songwriter.’ Hopefully tonight I can create another meme … as a SONGWRITER.” Other inductees included the Eurythmics’ Annie Lennox and Dave Stewart, The Isley Brothers, Steve Miller, Pharrell Williams and Chad Hugo of The Neptunes, Rick Nowels and William “Mickey” Stevenson, plus a special “young songwriters” honor that went to Lil Nas X.

Priscilla Presley praises Baz Luhrmann’s ‘Elvis’ for ‘showing who he was, what his dreams were’

Elvis Presley “would have loved” Baz Luhrmann’s new biopic about the late music icon, according to Priscilla Presley. Priscilla — who met “The King” in 1959 at age 14, married him in 1967 and divorced him six years later — shared her thoughts on “Elvis” on “Good Morning America” on June 17. “I’m sitting there watching this movie and going ‘god I wish he could see this. It was perfection,” said Priscilla, 77. She appeared on “GMA” alongside Olivia DeJonge, who plays Priscilla in the film. Asked about a scene where Olivia’s character urges Austin Butler’s Elvis to get help for his drug problem, Priscilla said it triggered a wave of memories. “It was getting more and more frightening as time went by where he just was like, rebelling,” she recalled. Priscilla also spoke highly of both Austin and Olivia’s performances, saying she appreciated that Olivia played her as someone “sensitiveand … caring,” but also “a little strong with” Elvis. “Austin was just unbelievable,” she said. “As I was watching it, actually, I was going wow, this is a movie that he would have really loved. Showing who he was, what he was striving for, what his dreams were.” Baz Luhrmann’s “Elvis” hits theaters June 24, followed by a release on HBO Max premieres in theaters June 24. The film arrives on HBO Max 45 days after its theatrical release.

After multiple COVID-related cancelations, Motley Crue finally kicked off its Stadium Tour in Atlanta on June 16 — but one OG band member didn’t make it through the set. Tommy Lee, 75, was only able to play five songs before he got up from behind the drum kit to announce he’d be leaving the stage. “Two and a half years? We did it!” he said at first. He went on to explain, “… about 14 days ago, I broke not one, not two, not three but four f****** ribs …,” before introducing replacement drummer Tommy Clufetos (Black Sabbath), who would be subbing in for him while he heals. Before he headed back to the wings for the rest of the show, he admitted he was out there for the first few songs against doctors’ orders. In a statement on the band’s Instagram, Tommy wrote, “I’ve been resting and healing and even though the doctor tells me I shouldn’t play at all, you know I’m stubborn and I’ll beast through the pain every show for as many songs as I can,” he wrote on Instagram, noting Tommy Clufetos will continue to fill in as needed “until I’m back at 100 %.” “We’ve all been waiting years for this moment and there’s no way I’m missing this!” he added. Machine Gun Kelly, who played Tommy Lee in 2019’s “The Dirt,” sat in later in the set, according to NME. The Stadium Tour, featuring Motley Crue alongside Def Leppard, Poison and Joan Jett, continues through mid-September.

RELATED: Pam Anderson and Tommy Lee, plus more of rock’s most iconic couples 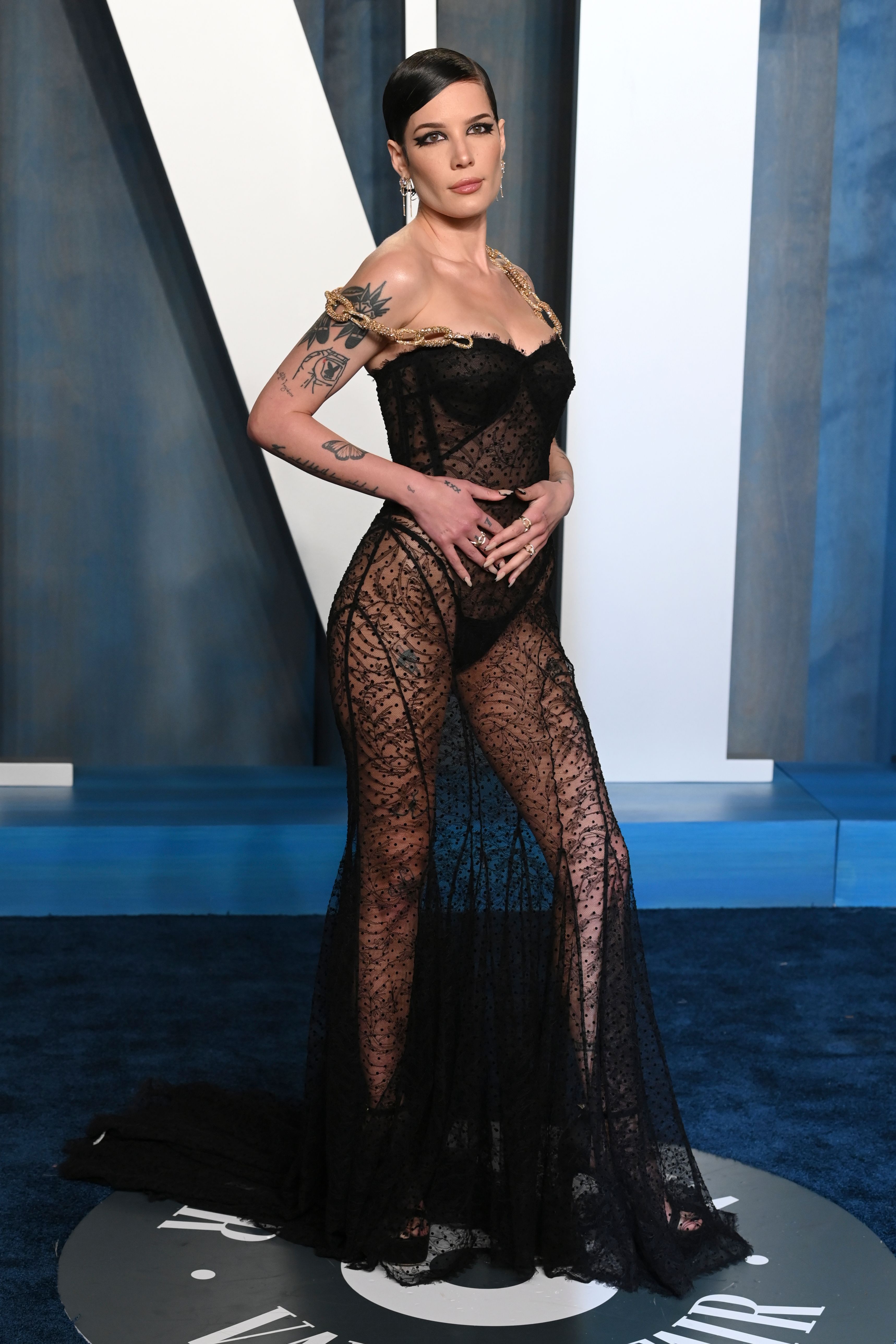 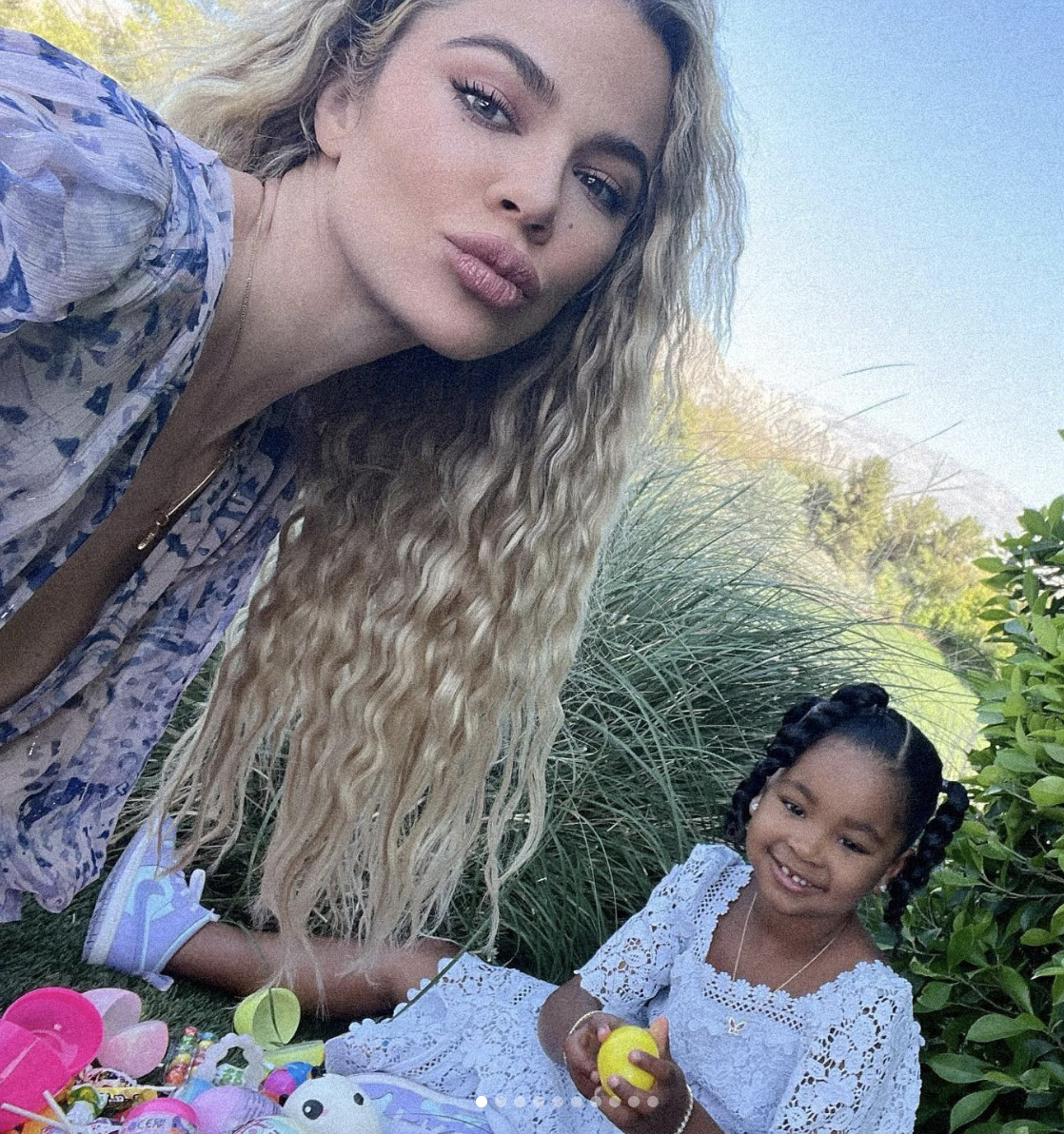 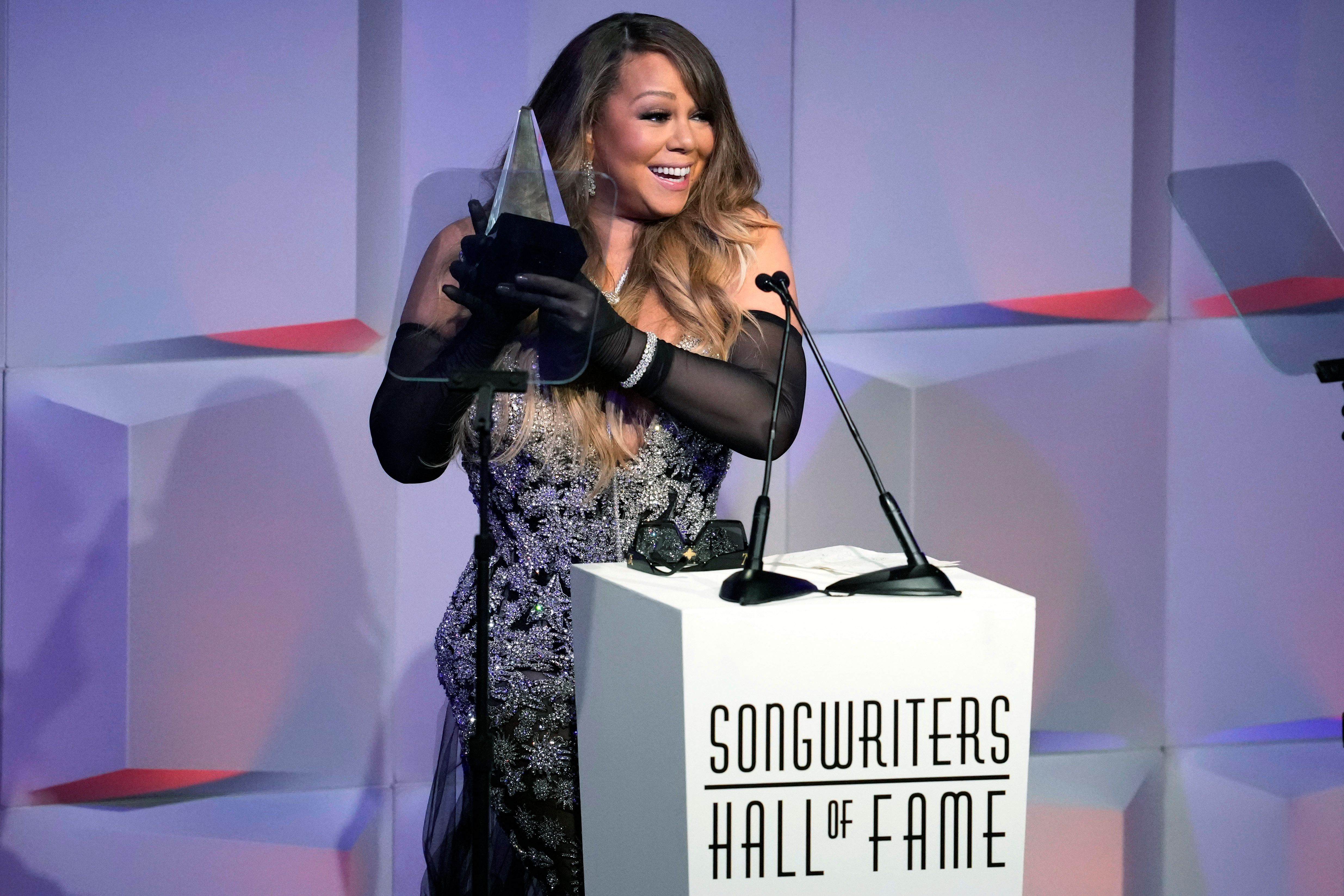 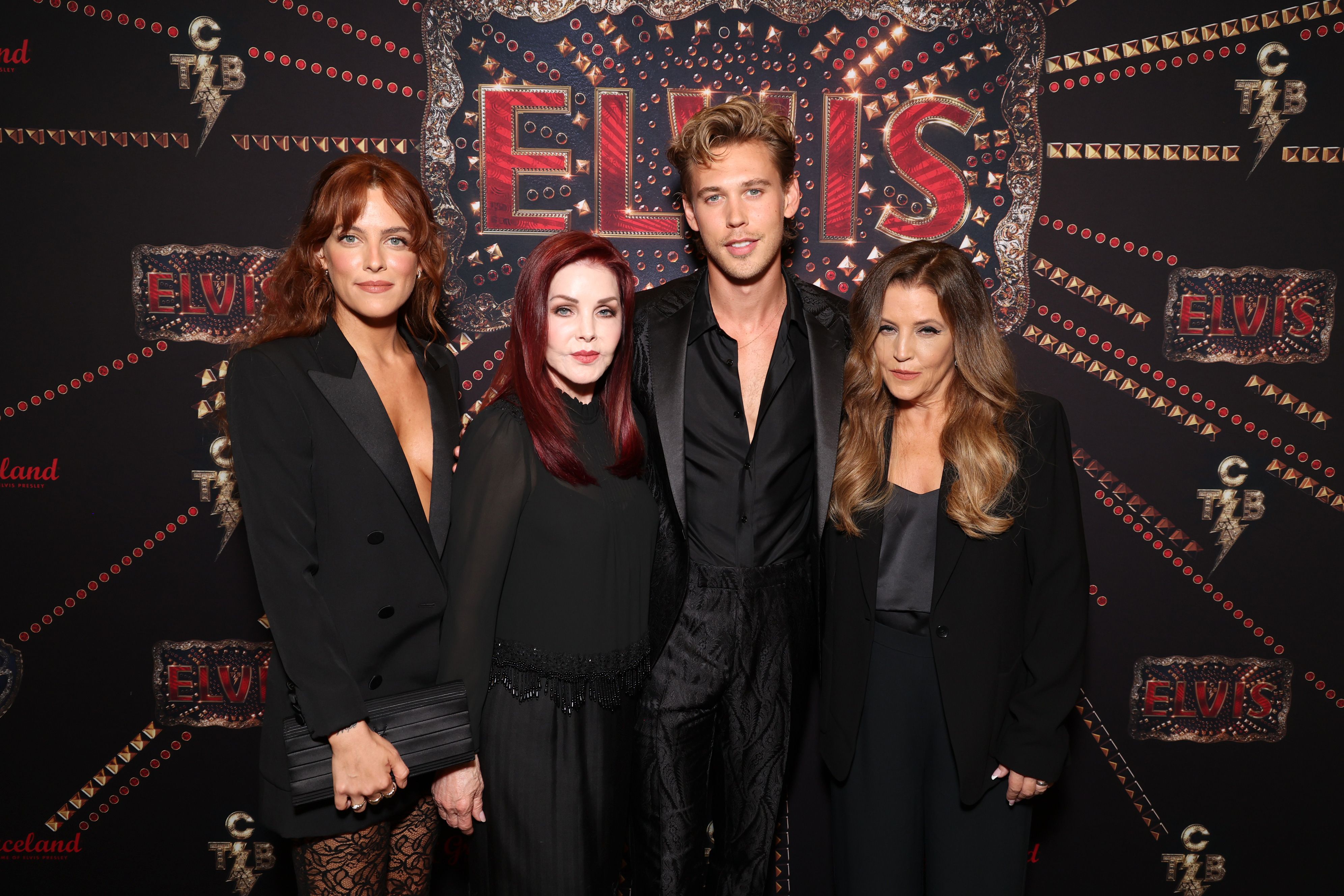 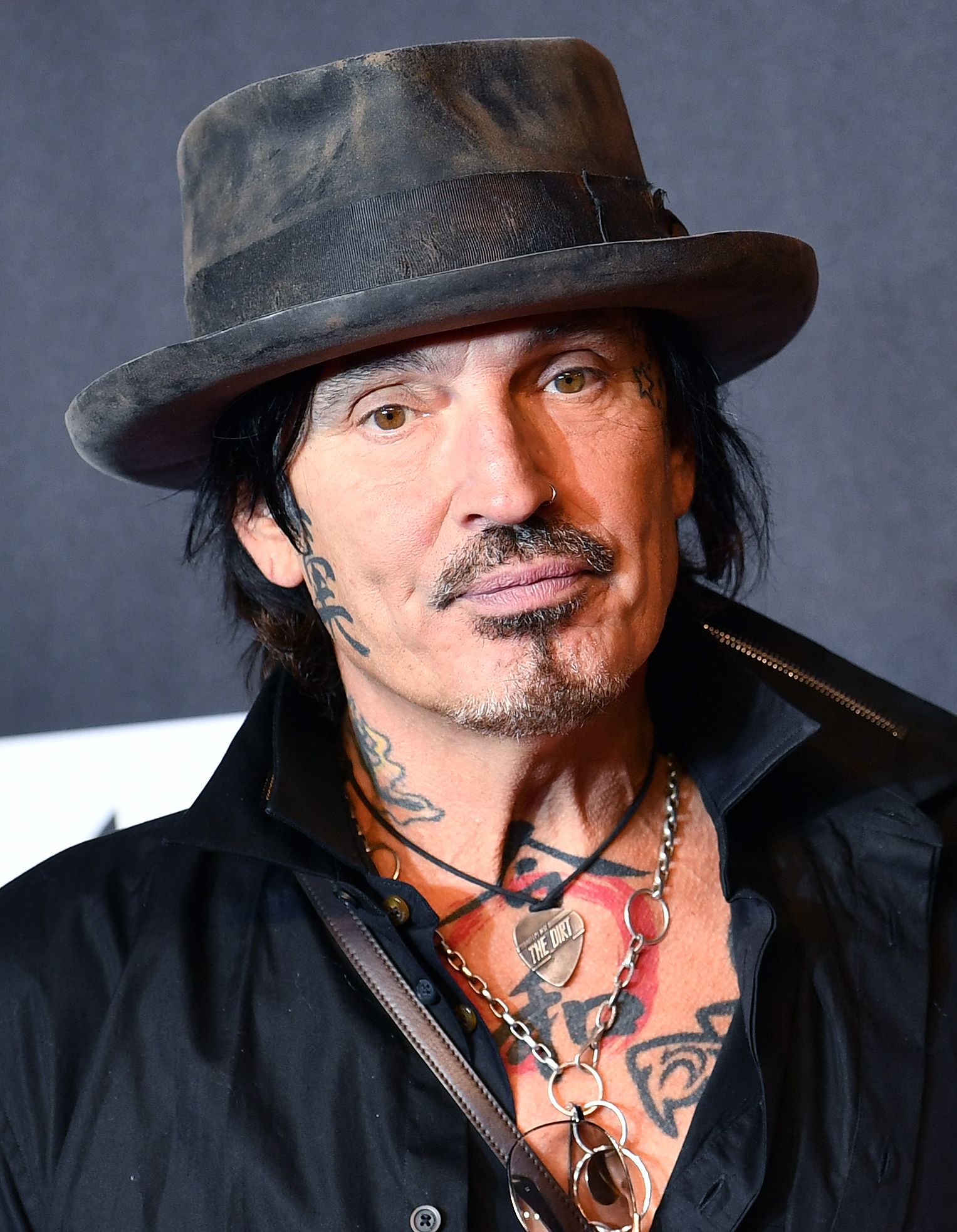