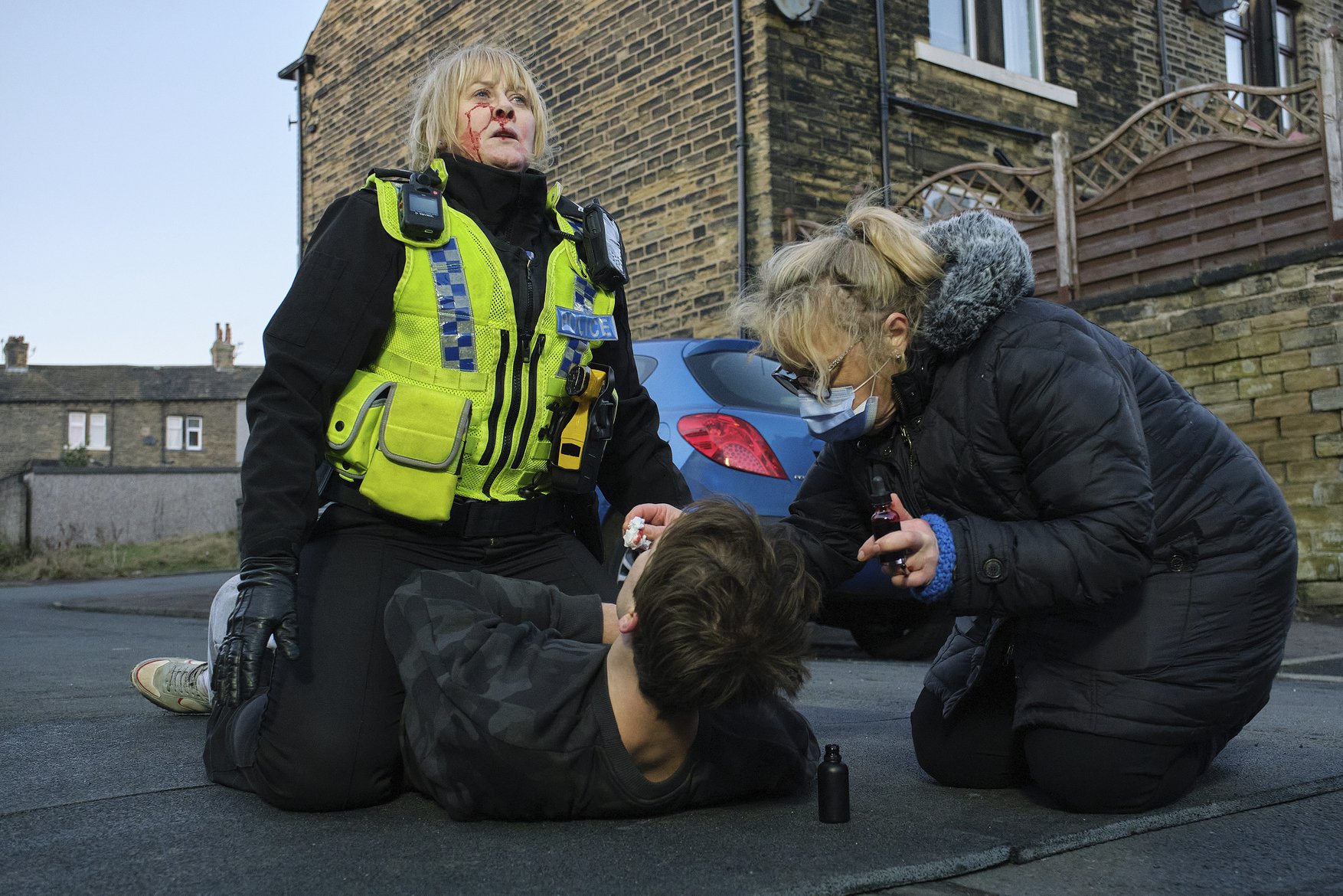 The cast of Happy Valley has no idea how the hit BBC drama will conclude after filming multiple endings.

The third and final series of Sally Wainwright’s gripping series is well underway and with two episodes to go, fans are already sharing theories of how the finale will play out.

Amit Shah, who plays the drug-dealing pharmacist Faisal, has revealed that he hasn’t a clue how the storyline for his character wraps up, given that he shot a variety of different scenes.

‘I still don’t know how it all ends up for him because we filmed the final scenes in various different ways,’ he told the Obsessed with… Happy Valley podcast.

During Sunday night’s episode, Faisal was confronted by Rob after he went into the back of Faisal’s car during the school run.

Faisal remained scarily calm under the circumstances, which occurred just hours after he had murdered Joanna.

‘I think he’s going through that weird transition period,’ Amit continued on the podcast.

‘When the collision happens and he realises it’s Rob like a switch goes in his head. He thinks, “Okay, I can either be Faisal from before or I can take control of the situation.” It’s just a different him.’

Elsewhere during the chilling episode, Rob discovered his wife Joanna’s body stuffed in a suitcase in their garage, and Tommy Lee Royce (James Norton) made his great escape during a court appearance.

Happy Valley airs Sunday nights at 9pm on BBC One.