Home » Entertainment » How Much Watching Time Do You Have This Weekend?

How Much Watching Time Do You Have This Weekend?

This weekend I have … a half-hour, and I’m spacey 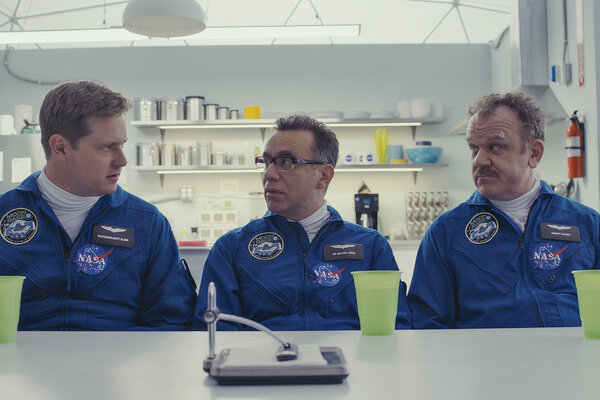 This new comedy feels light enough to float away, more like a web series than a premium-cable comedy — somehow an appropriate serving for such joy-starved times, like eating ice chips when you’re too weak to swallow. Tim Heidecker, Fred Armisen and John C. Reilly, who created the show with Jonathan Krisel, star as earthbound astronauts training on a simulated lunar base in Arizona. Petty grievances and bureaucratic minutiae abound, but the show feels easy and fun and silly. If that setup sounds cool but you want something more substantive, try the fantastic nonfiction podcast “The Habitat,” about volunteers who live in a faux Mars outpost as part of a NASA study.

… an hour, and I’m at ‘bite through the night guard’

‘Earth’s Great Seasons’
When to watch: Saturday at 8 p.m., on BBC America.

For those who already plowed through “World of Calm” and need more onscreen serenity, or for anyone who is considering getting a drone, this new documentary is on the chill “enjoy this time-lapse sunset” end of the spectrum rather than the savage “behold nature’s microscopic murder machines” end. Narrated by Andrew Scott, the show has all the restrained marvel and sumptuous landscape footage one could hope for. This week’s premiere is about spring, which means lots of baby animals clomping around being goofballs, but I’m partial to the fourth episode, about winter.

‘Save Me’ and ‘Save Me Too’
When to watch: Now, on Peacock and Peacock Premium.

Lennie James wrote and stars in this tense missing-kid thriller. His character Nelly is a charismatic dirtbag jolted into action when his teenage daughter, with whom he has no relationship, disappears after posting a video saying she was going to visit him. “Save Me” and its second season, “Save Me Too,” are solid entries in the British Crime Show genre: lots of familiar performers (including Suranne Jones as Nelly’s ex), an engrossing mystery, the requisite sexual violence of society’s vile underbelly. It’s also a superb entry in the Distinctive Coats genre. All six episodes of Season 1 and the first episode of Season 2 are available on Peacock, which is free; the rest of Season 2 requires a subscription to Peacock Premium.