On Sunday I attended the most bizarre wedding reception I have ever been to In my life: the union of YouTubers Jake Paul and Tana Mongeau in Las Vegas.

The reception was in the middle of an outdoor mall, the groom’s own brother told me he thought they’d last a month, Jake attacked the wedding cake with a sword and destroyed it, they hired an Oprah impersonator (?), and the couple left separately after an hour and a half.

Here’s all the details — if you really want them: 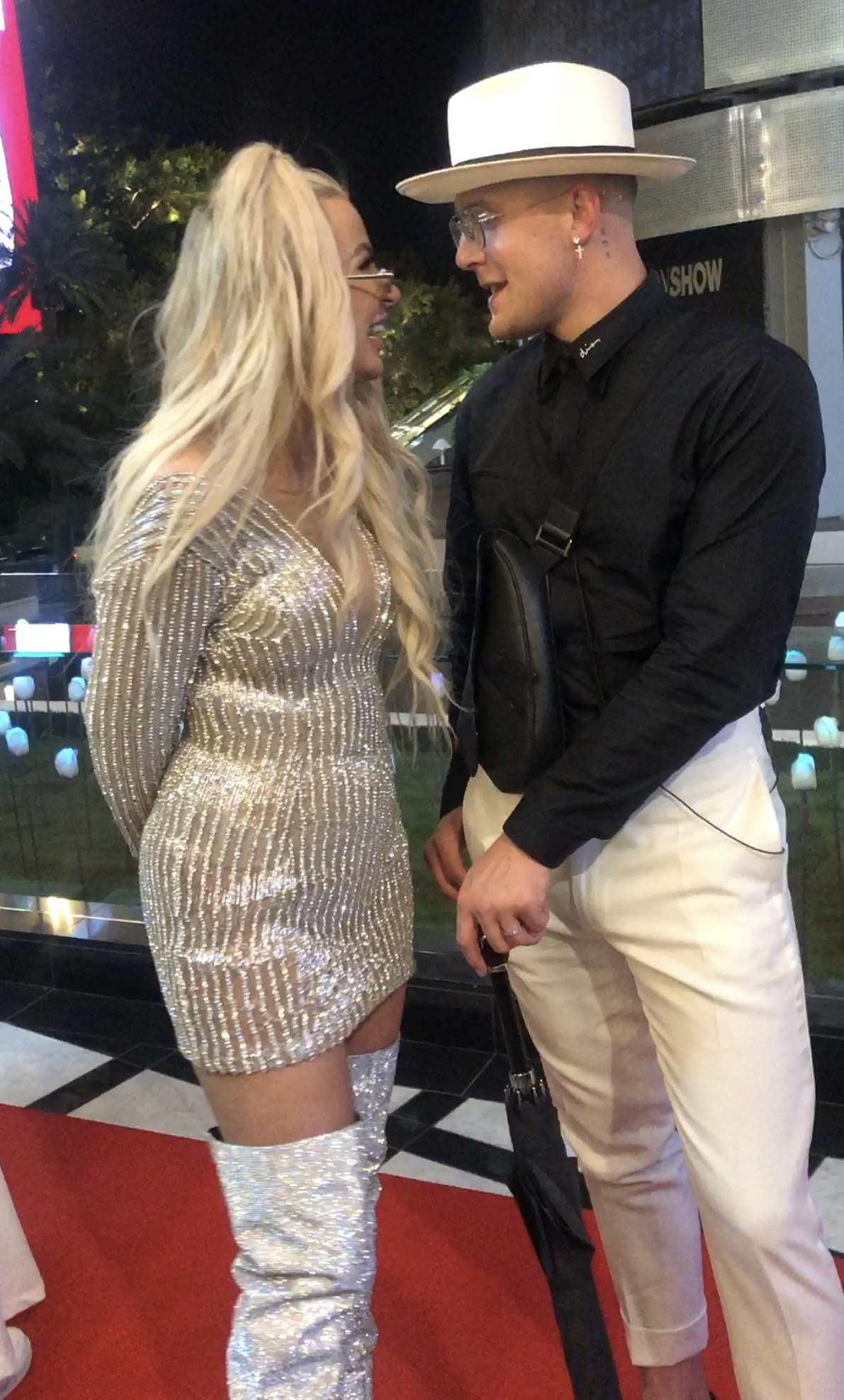 First, some background. The YouTube power couple have been dating for about two months. Their short courtship, combined with the fact that YouTubers are constantly posting clickbait for drama, meant when they announced their engagement on June 24 a lot of people didn’t buy it. TBH, I wondered if I would show up on Sunday and find out it was all a hoax.

Fans wondered too, and some were so curious, they paid $50 to watch the wedding ceremony live on Halogen TV.

But the couple did, in fact, show up and exchange vows at the Graffiti Mansion in Las Vegas.

Of course, there was (probably manufactured) drama. Shortly after the couple said “I do,” a fight broke out among some of the ceremony guests. It ended pretty fast and everything seemed fine.

After the ceremony was over, I arrived at the Sugar Factory at the Fashion Show Mall at 10:00 pm to attend the couple’s reception. It was a sweltering day in Vegas, and was still in the 90s as we stood outside waiting for the couple to arrive.

My first observation was that everything was smaller than I anticipated, given that the wedding had reportedly cost half a million dollars. The “red carpet” was a few rugs covering a small walkway, and the venue was no larger than your average bar. The DJ, the buffet, and a kind of sad looking desert table were all crammed in the corner. There were about 10 tables for guests covered with Sugar Factory-branded ducks and small floral arrangements.

The only stuff that was larger than your average wedding was a huge cake — and a throne for the bride and groom. Also, it was super weird that we were in the middle of an outdoor mall, right next to a Zara. All in all, it seemed low budget for a celebrity affair. 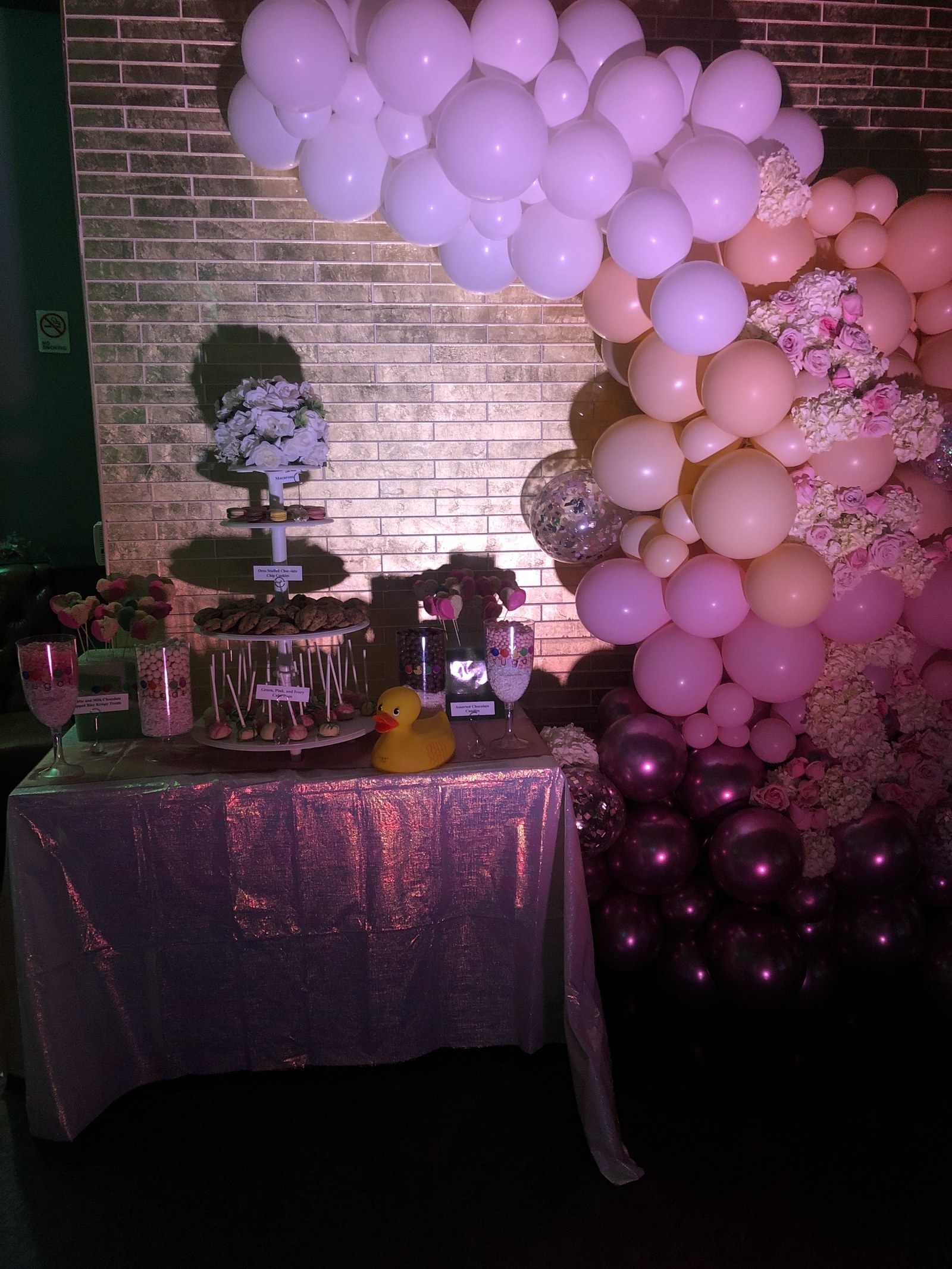 Tana and Jake were supposed to arrive at 10:30 pm, but were late. While I was waiting, I noticed a group of about eight teenagers nearby, so I chatted with them. They all had heard the wedding was happening, and were already in town on family vacations. So they hung out hoping to get a glimpse of Tana and Jake. 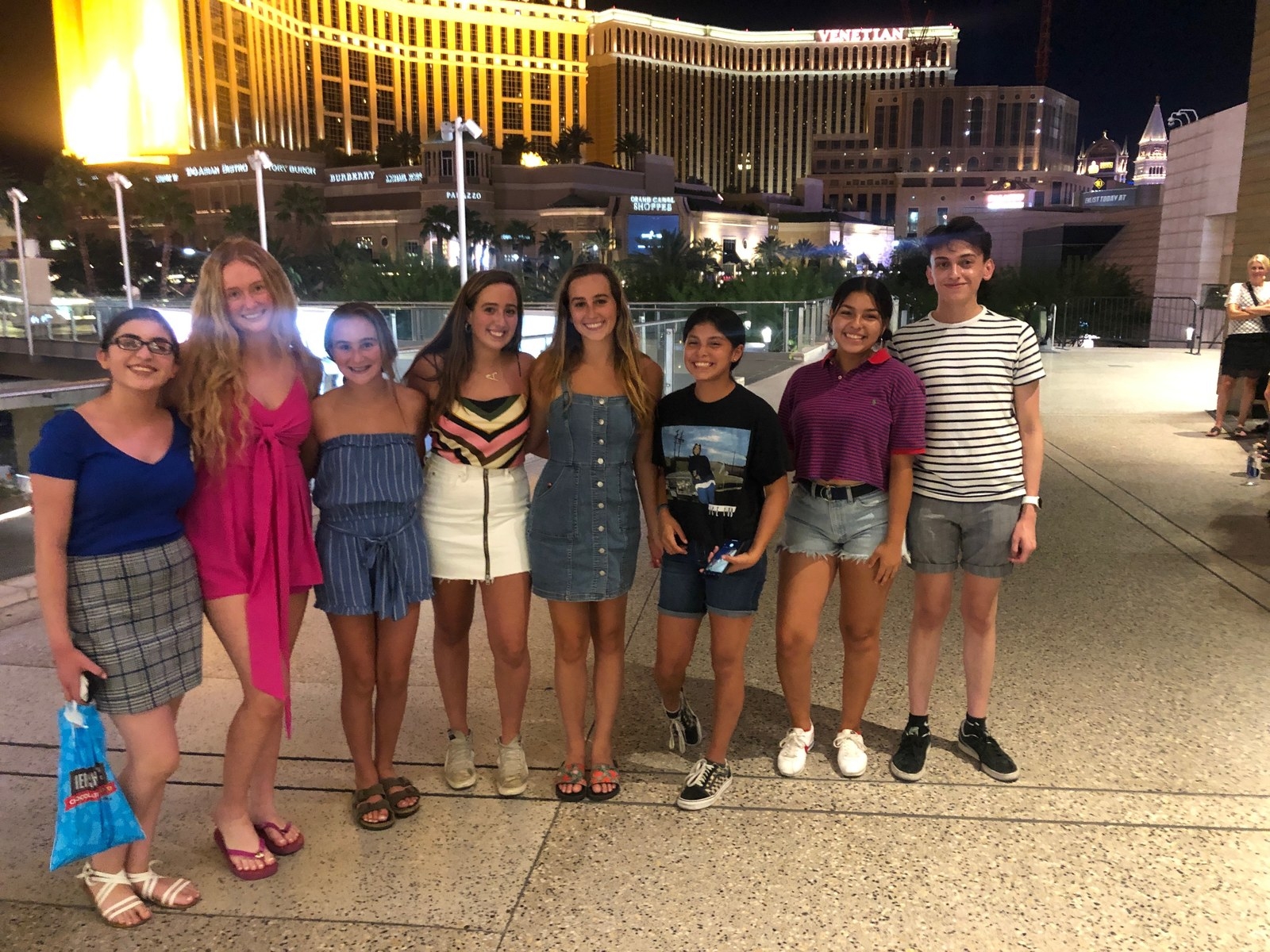 Around 10:50 pm, wedding guests began to arrive. Before the couple showed up, “Mini Jake Paul” and his family posed for pictures on the red carpet (his sister didn’t seem that happy). They were there for a while, and spent the most time posing for photos out of anyone at the wedding. 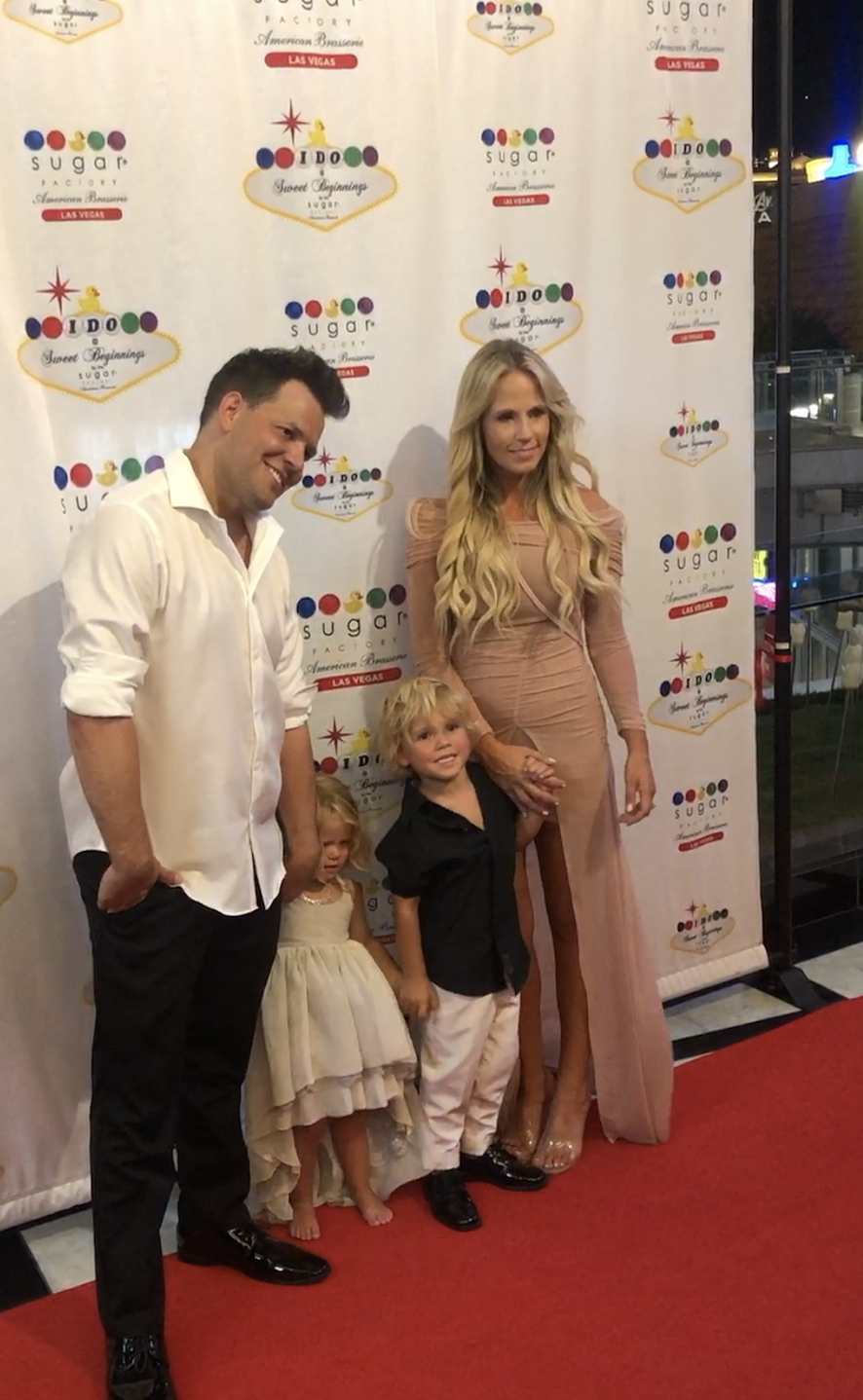 The couple arrived and walked the red carpet at 11:00 pm. Jake, wearing a white hat and a leather fanny pack, posed for a few photos and inexplicably pointed an umbrella at us. He soon headed towards the front door and waited, looking bored.

Tana walked the carpet and posed, answering reporter questions and chatting. Jake grew impatient, complained it was hot, and didn’t speak to us. After about five minutes, the couple went inside. 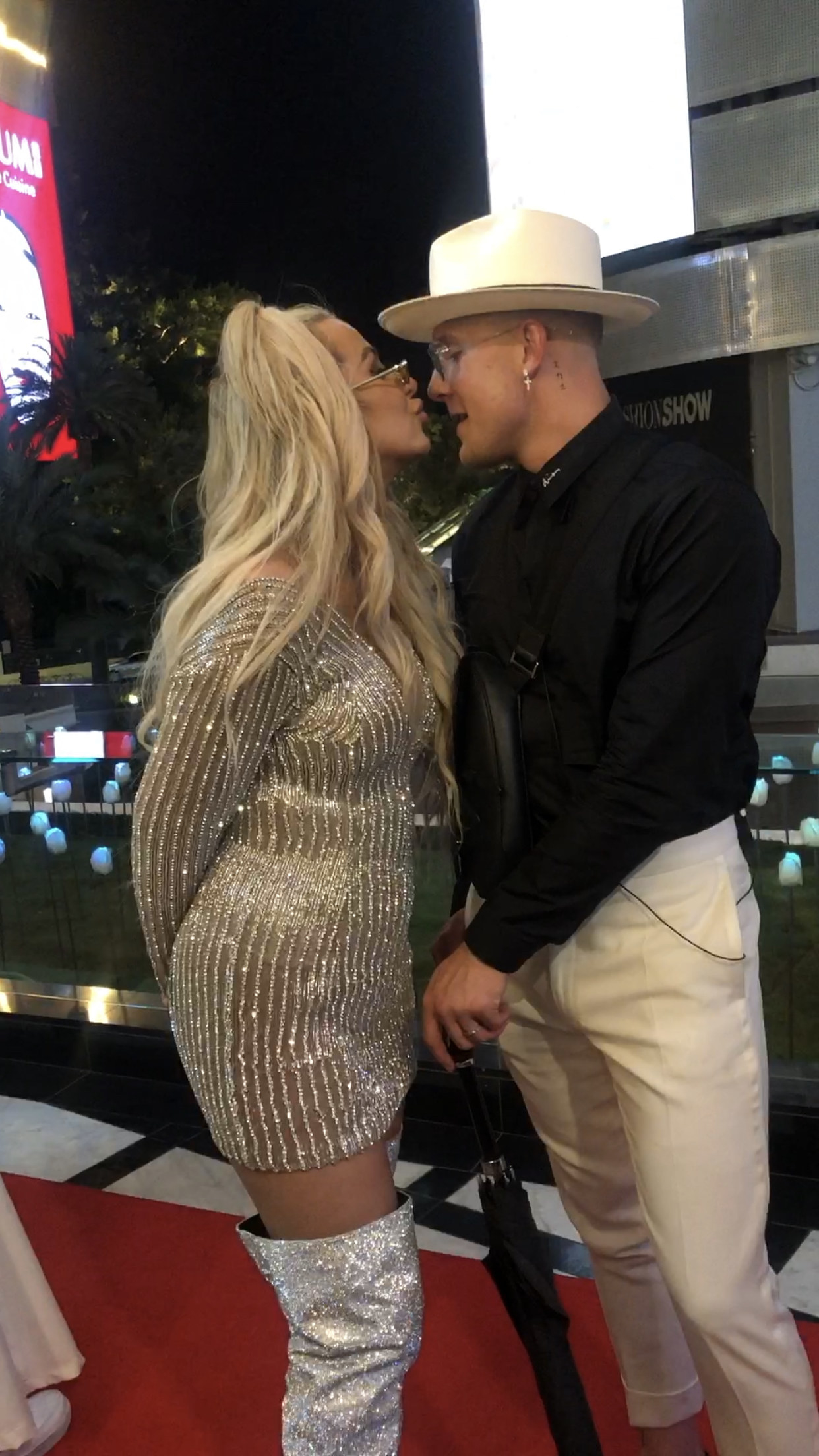 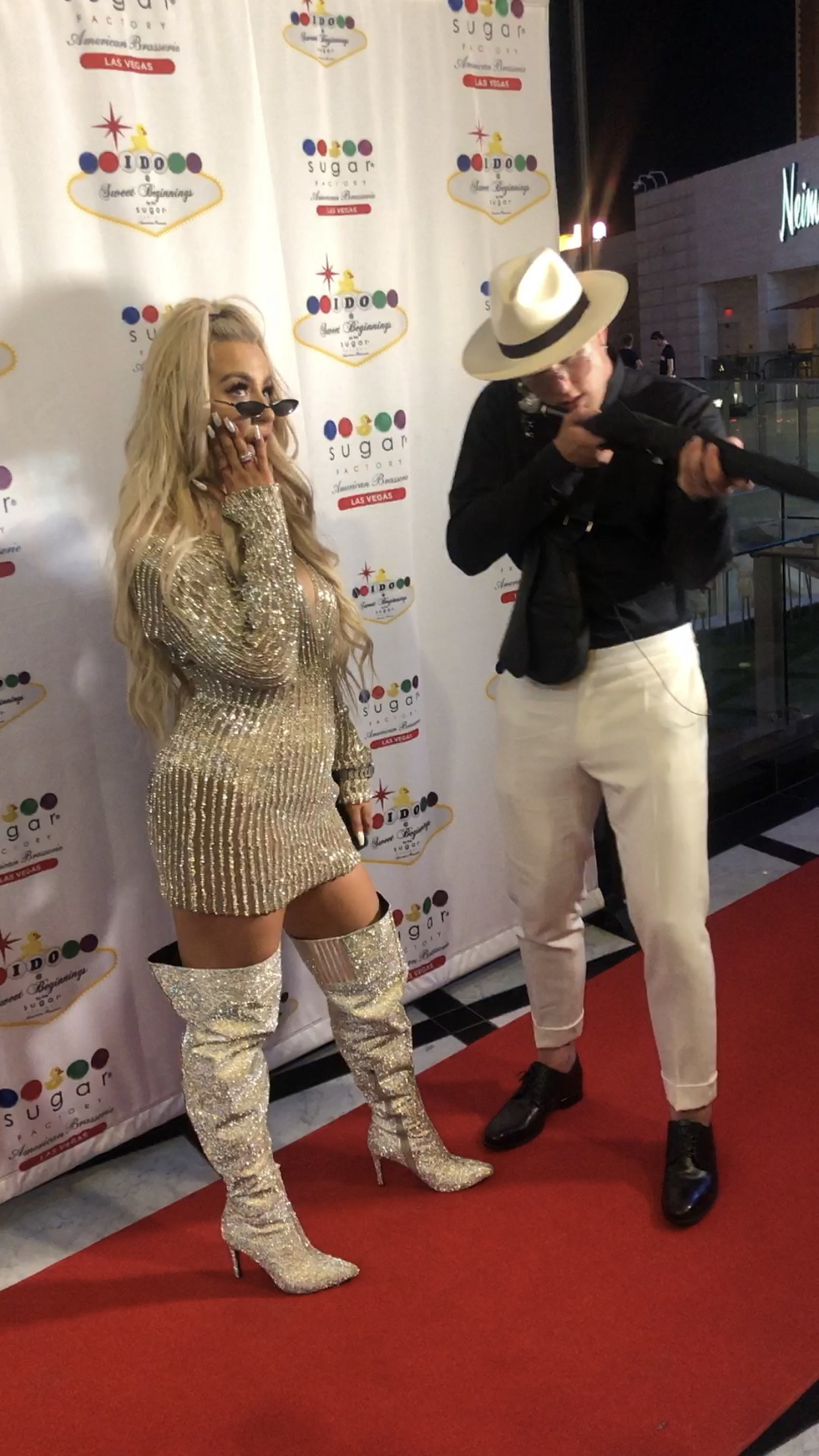 We were promised they would come out and do more interviews, but they never did. Another reporter requested Logan Paul come out instead, so the PR rep went out to find him. I heard her ask the other workers at the event, “Do any of you know who Logan is?” Which, LOL.

Logan obliged, and chatted with reporters for a while, being sure to bring up the “fight.” I asked him if he thought Jake and Tana would last and he said no.

When I asked how long he would give them, he said “a month, a month and a half.”

When asked if he had advice for the couple, he said: “Don’t get married when you’re 22.” He added though that it did “seem realistic” and, perhaps, they would surprise us all. Logan also told us that the Pauls’ dad wasn’t at the wedding because he was “riding his motorcycle across the country,” but their mom was.

With the carpet over, I headed inside. It was strange. It looked like a normal wedding reception if you subtracted everyone over the age of 25. There were a lot of people who had the vaguely familiar look of minor celebrities dressed in everything from cocktail dresses to a beanie and sweatpants. As I was looking around, I saw a blonde girl trying to Facetime Rickey Thompson, an Instagram star.

One of the weirdest parts of this whole thing was Jake and Tana were just sitting there on their throne. Anyone could go talk to them, so I did. Jake, again, ignored me, but Tana chatted with me for a bit. She said the wedding was everything she has ever dreamed of but “more,” because it was “more emotional.” She said they never wanted a “traditional wedding.”

Though Jake ignored me he did start filming me (I later found out I made it on his Instagram story, which ?). Tana told me he had planned the entire wedding, so she wanted him to just be able to relax and not do interviews.

While I was walking around, I noticed a guy that kind of looked like Bruno Mars. Then, I ran into a woman who was a dead ringer for Oprah. She told me her name was Caroline Hodge, and she works as an Oprah impersonator. Her agent had booked her for the event, but she didn’t know why. 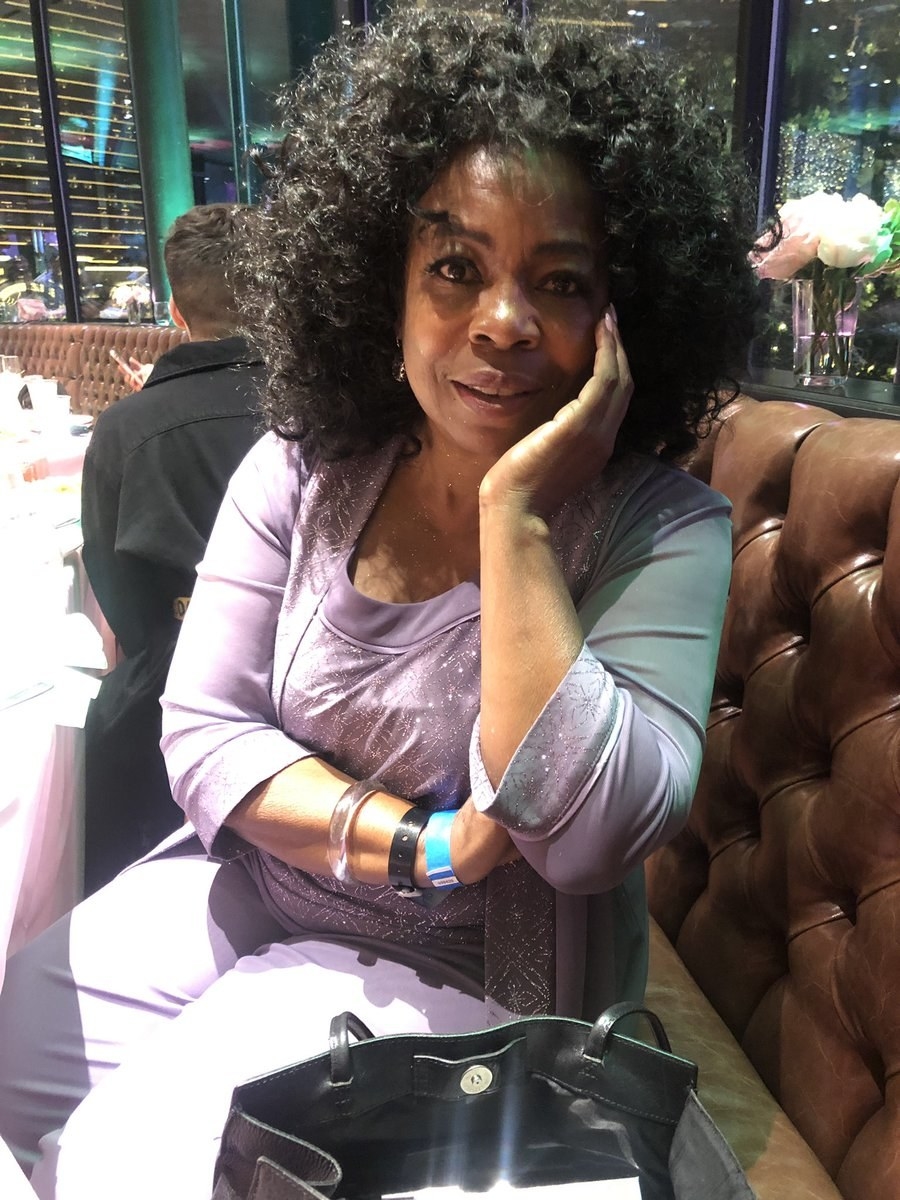 The only identifiable wedding tradition was the cake cutting. After the couple cut it, Jake attacked it with a sword, and it fell to the ground. Jake continued to hack at it until it was all over the floor (and my shoes). He then proceeded to dance in it with a friend as Tana looked on.

The reception was scheduled to go until 12:30 am, but around midnight, the lights came on and the music was cut. People began to speculate the Sugar Factory was kicking us out. Some began to chant “bullshit.” Around 12:10 am, Jake and a crew of friends peaced out.

I followed them down to the Strip, looking for Tana. I didn’t see her, but I did see a few girls with their arms around Jake. They crossed the street, headed towards the casinos.

A few minutes later, Tana arrived with her own crew. She went the opposite way of her new husband. I followed her behind the mall, where she eventually got into an Uber in front of a Forever 21.

TBH, it was kind of anti-climatic. Tana and Jake were barely there an hour and a half, and were off to apparently spend the night apart.

When I got back to my hotel, I noticed people on Twitter complaining about the low-quality of the $50 stream of the wedding.

And a lot more people making fun of anyone who spent the money.

It’s unclear if the couple is actually legally married. A search of the Clark County Marriage Records came up empty.

No matter if Jake and Tana are really husband and wife or not, at least I’ll always be able to tell my kids I was on Jake Paul’s Instagram story. And that to me is #priceless.