Home » Entertainment » In This Petal Poem Game, Say It With Flowers

In This Petal Poem Game, Say It With Flowers

In Victorian England, flowers were sometimes used as a form of coded communication to express feelings that could not be spoken aloud. Each bloom was said to have a specific meaning — for example, daisies conveyed innocence, while tulips were a declaration of love — and a bouquet might be assembled to send a secret message to the recipient. This game uses flower names as a phonetic alphabet, like the well-known NATO alphabet, where each letter is assigned a word from Alfa to Zulu. A poet thinks of a four-letter word and describes it in couplets, others try to guess the subject, framing their answers in flower code. Try your Buttercup Echinacea Sunflower Tulip. 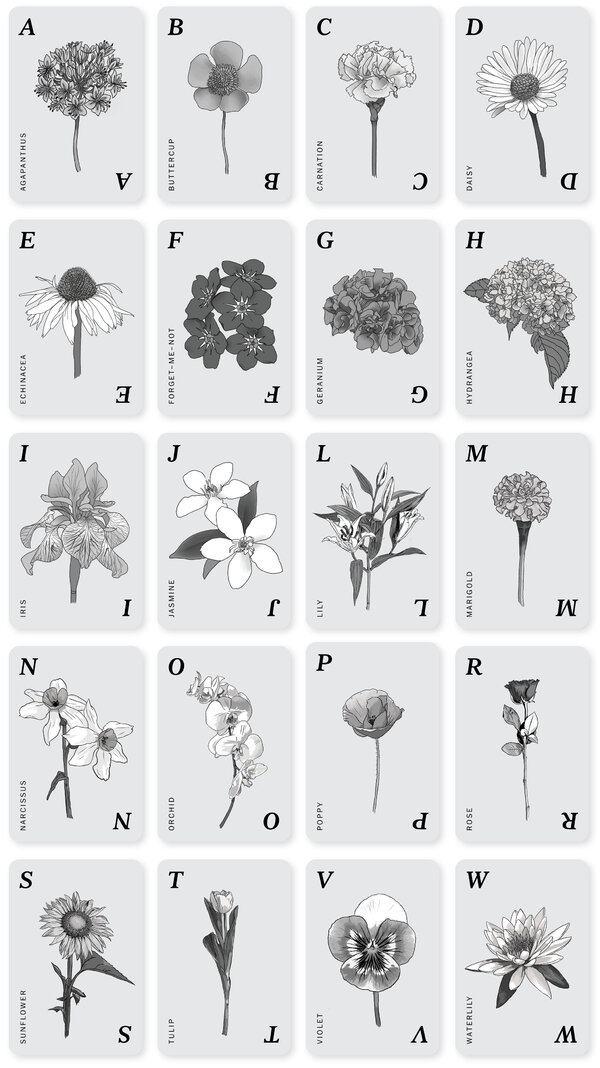 Start with two or more players over text or email (or on good old-fashioned paper). One player is the “Poet,” and describes any four-letter word with rhyming couplets. The word can be an object, concept or verb such as, in this case, “LOVE.”

The other players take turns guessing the subject of the poem, using the flower key as a phonetic alphabet akin to the NATO alphabet (“Alfa,” “Bravo,” etc.) to spell out their guesses. So if a player guesses “HOPE,” it would be spelled out like this:

The poet responds to each guess with more couplets, but must include capitalized words that start with any correct letters from the previous guess (in this case “E” and “O”).

Play continues until someone guesses the subject correctly.

At that point the poet sends the entire poem back to the group.