Is Livestreamed Stand-Up Here to Stay?

The cultural legacy of the pandemic may not only be shows canceled, careers derailed and theaters and clubs closed. There has also been innovation, like the emergence of the virtual comedy club.

What began out of desperation has matured into a new digital genre that has drawn sizable audiences in the habit of buying tickets to livestreaming stand-up from the comfort of their own homes. As clubs now start to reopen, and comics and patrons return to their old haunts, the next few months will be a key test of this business. Was it a pandemic-era fad or will it be an enduring part of the landscape?

Many are skeptical, including fans who badly miss being surrounded by echoing laughter and stand-ups who are exhausted by performing for screens and who widely prefer telling jokes in the same room as crowds. While conceding that nothing replaces the traditional comedy format, Paiz-Bourque said the doubts will look as shortsighted as early mockery of Twitter, podcasting and so many other now common internet forms. She has good reason for such swagger. Paiz-Bourque’s business, which she calls “a Silicon Valley start-up,” regularly sells over 1,000 tickets to see comics like Sarah Silverman, Patton Oswalt and Maria Bamford. In February, she sold 15,000 tickets to eight shows, bringing in close to $280,000 in revenue.

“Once we got our first taste of 5,000 ticket shows, that was intoxicating,” Paiz-Bourque said (Colleen Ballinger, the popular YouTuber best known for “Miranda Sings,” was the breakthrough artist.)

As touring resumes, Paiz-Bourque is tweaking her vision, moving away from a tight focus on those headlining and radically increasing volume. By the summer, her goal is to produce five shows a day, every day. In other words, to live up to the slogan that appeared on her site before a recent show: “The biggest comedy club on the planet.” She said she wasn’t worried about clubs reopening because “I have way more supply than they have access to.” 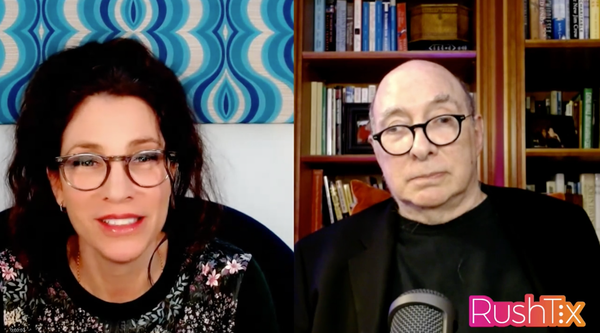 In the next month and half, she’s rolling out nine original, interactive series, including competitions (“Very Punny With Kate Lambert”), a cooking show (“Baking It Better with Tom Papa”) and a dating one (“Find Your Boo With Reggie Bo”). She’s also adding closed captioning, a subscription package and new technology that allows patrons to move around the “club” and hear different levels of laughter.

The overall vision is to produce new work with emerging artists during the week while doubling down on headliners on Friday and Saturday nights. How will she compete when stars are eager to tour and return to live stages? Simple, she says: Make comics offers “worth their while.” After previously offering 80 percent of tickets sales, she’s recently started guaranteeing up to five figures. She says six figures will become common among an elite few. “I’ve gotten pushback on this from Day 1,” she said about enlisting comics. “Then you start wiring thousands and tens of thousands of dollars and they were like: I get it.”

RushTix is hardly the only player in this market. Nowhere Comedy Club, a smaller, scrappier operation that was started by the comedians Ben Gleib and Steve Hofstetter, has booked a stellar lineup of comics, including Mike Birbiglia, Gilbert Gottfried and Nikki Glaser. In something of a coup, Bill Burr recently performed in a benefit production from a studio that Gleib built in his home, a booking that Paiz-Bourque said she was “devastated” she didn’t get a chance on. (She just announced that Burr will be appearing at RushTix on May 16 in a live version of the animated TV show “Dr. Katz, Professional Therapist.”)

Gleib, who began Nowhere after ending a presidential campaign in 2019 that left him nearly broke, also performs his own show online every week. And while he is optimistic about the future of livestreaming, he sounded more anxious than Paiz-Bourque about losing comics to touring. “I think we can peaceably coexist,” he said. But as he approaches Nowhere’s anniversary next week, his strategy is not to rebrand or recast so much as make Nowhere fit more seamlessly into the existing ecosystem.

He recently started geotargeting, a technology that restricts consumers from certain areas from buying tickets, a tactic he called potentially “game-changing.” This enables a comic heading out on a tour to block the places he’s visiting so as not to depress sales there.

Emilio Savone, the co-owner of the New York Comedy Club, which begins indoor shows on Friday, when the city will begin allowing indoor shows at 33 percent capacity with a limit of 100 people, said such digital theaters have a future. “Do I think it can sustain as a seven-night-a-week type of thing? Maybe not?” he wrote in an email. “But I do think it’s a good tool for comedians to work on material, and it offers another way for the comic to engage and reach their audience.”

Felicia Madison, who runs the West Side Comedy Club in Manhattan — which will begin outdoor shows on April 14 but not indoor shows until the city allows for 50 percent capacity — also see a future involving a hybrid of traditional and digital clubs. “If they’re smart, they’ll work with clubs” to livestream from there, she said.

RushTix is already doing that, with the stand-up comedian Godfrey performing from the Gotham Comedy Club on April 7. But neither Paiz-Bourque nor Gleib sound enthusiastic about the economics of such arrangements. Gleib argued that strength of Nowhere was in the relationships it has developed with new comedy audiences. “We’ve reached huge demographics that have never been serviced by comedy clubs,” Gleib said, pointing to patrons who live in remote areas or those with disabilities or social anxiety. “Then there’s the lazy,” he added. “We’re great for lazy people who don’t want to go out.”

Nowhere puts fans’ faces onscreen and allows everyone to talk, laugh or even heckle (though they can muted for that, too). This creates a freewheeling show that emphasizes the community of audience and performer. By contrast, RushTix keeps the audience to a chat room and limits laughter to 20 people. Gleib called this “elitist,” saying the RushTix approach didn’t resemble live stand-up.

Paiz-Bourque doesn’t argue, saying that since no online show can duplicate a live one, her goal is to produce the best experience. “We gave up on trying to emulate the live experience and the more we gave up on that, the more we started opening up barrels of creativity,” she said.

If anything, she wants to move away from a dependence on conventional stand-up, while still booking big names. It’s why one of the first comics she recruited was Bamford, a natural experimentalist who is putting on an unusual show on April 17: after doing a set, she will film herself sleeping for the next eight hours. You can watch and join her for breakfast the next day.

Bamford already has a dedicated audience that will follow her wherever she goes. The real test for these clubs will be whether they can develop enough loyalty to get audiences to try less established talents. These platforms tend to benefit those who already have large and engaged online fan bases. When clubs and theaters return, they are going to be booking acts that they know can sell tickets, which may make them more wary of adventurous or emerging comics.

There is a real danger right now that we are entering a very cautious moment in comedy as institutions struggle to rebuild, and Paiz-Bourque, a former comic gifted in the art of selling a premise, argues now is the moment for her to fill another niche.

Pointing to a logjam of early- and midcareer stand-ups whose careers have been slowed by the pandemic, she said, “Not only is this going to be a business that works. It needs to creatively for all these comedians.”