Ivanka Trump and Jared Kushner have exited political life, but they were certainly in the mix during the Donald Trump administration, where they are being accused of trying to unseat Vice President Mike Pence for the 2020 presidential campaign. Those allegations surfaced in former Secretary of State Mike Pompeo’s upcoming book, Never Give an Inch: Fighting for the America I Love.

The excerpt, obtained by The Guardian, claims that the couple plotted with Nikki Haley, then-ambassador to the United Nations, to position her as Donald Trump’s running mate. Haley even managed to secure a solo meeting without Pompeo or chief of staff John Kelly present, which annoyed them both. Instead, she was accompanied by Ivanka and Kushner.

“As best Kelly could tell, they were presenting a possible ‘Haley for vice-president’ option,” Pompeo wrote. “I can’t confirm this, but [Kelly] was certain he had been played, and he was not happy about it. Clearly, this visit did not reflect a team effort but undermined our work for America.”

Pompeo’s revelations also back up 2019 rumors that Donald Trump was ready to ditch Mike Pence in favor of Haley. Donald Trump never did deny the whispers that discussions were happening behind closed doors, but told Fox & Friends, “Nikki would be great, but Mike Pence has done a phenomenal job as our vice president. He is our guy, he is my friend,” he said. It’s still baffling that the former vice president somewhat supports his former political partner even though evidence has shown time and again that Trump family, who was involved in the administration, continually undermined his power. 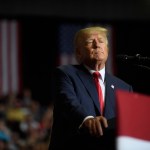