Summer is in full swing and so are the legs of some of Hollywood’s hottest actors and musicians, including Jason Statham and John Mayer. Cue the bottle cap challenge! 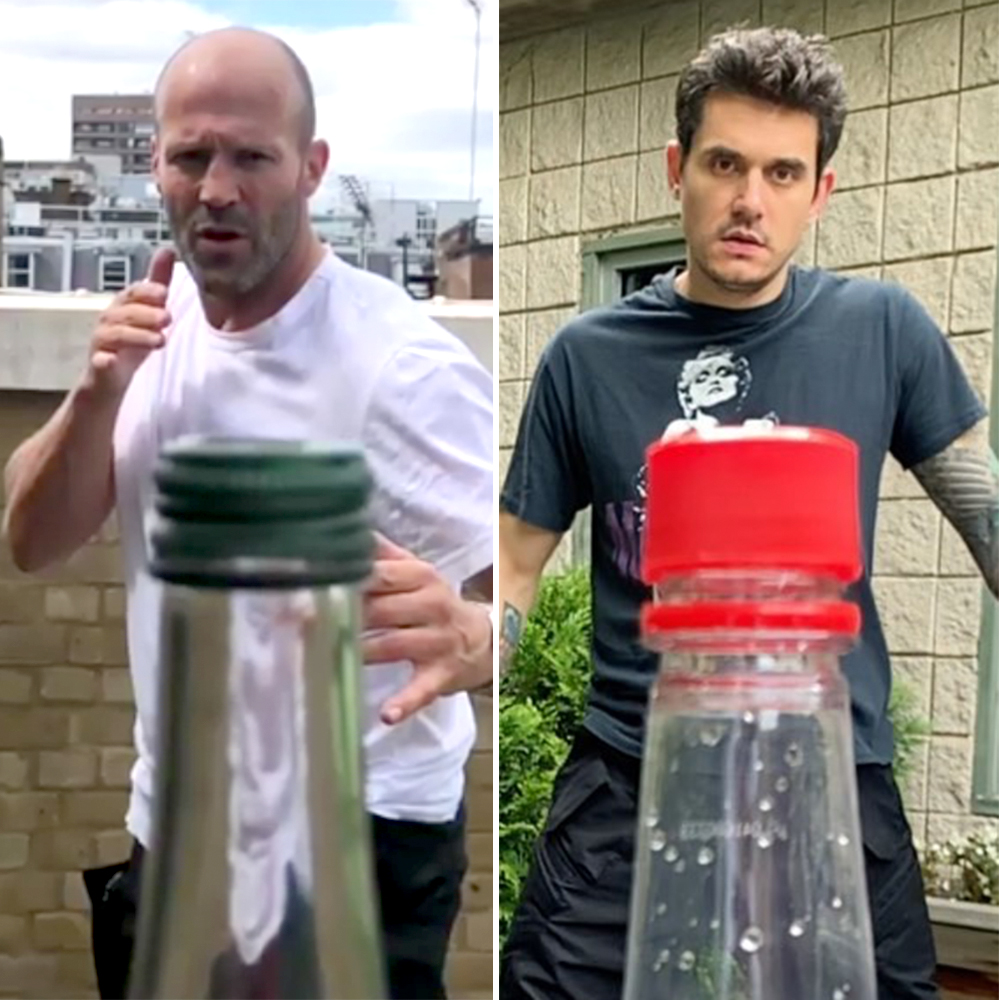 After UFC fighter Max Holloway mastered the viral trend — in which a person kicks the top of a bottle off with his or her foot — in a video posted to his Instagram page on Saturday, June 29, he challenged the “Your Body Is a Wonderland” crooner, 41, to give it a whirl.

And Mayer delivered. “First @erlsn.acr did it. Then @blessedmma followed, and challenged me. I now challenge @jasonstatham. #bottlecapchallenge,” he captioned his clip on Instagram, which garnered the attention of celebrities who took to the comments section to share their thoughts.

“I actually can’t believe this wow,” Shawn Mendes wrote. David Spade added: “Can i do the one where you drink it.”

The Meg actor, 51, also did not disappoint. “This thing landed on my head from @johnmayer but will quickly go to a couple of fellas we’ve seen do push ups badly,” Statham penned alongside his slow-motion video in which he nails the challenge. “All yours @guyritchie and @jmoontasri.”

Comedian Whitney Cummings even got in on the fun. “I personally feel like I won the #bottlecapchallenge,” the 2 Broke Girls alum, 36, captioned her clip.

Spade, 54, upped the challenge by trying it on a miniature Tito’s vodka bottle — and succeeding.

“Hi-ya! Try it with an airplane bottle @johnmayer. (Never took a class),” the Grown Ups actor wrote. “I challenge @kingjames @kendalljenner and the yodel boy from Coachella ?. #bottlecapchallenge.”

Diplo, meanwhile, tried it out and joked: “Since no one requested me to do this (@johnmayer ) and also since no one thinks I’m good at anything except pushing button on stage .. here is evidence that I also do karate. I challenge Prince Harry and Meghan Markle, Kevin Durant and Obama @[email protected] @barackobama#bottlecapchallenge.”

Watch the video above to see all of the celebs who tried out the #BottleCapChallenge!