Home » Jennie Garth: I Felt 'Threatened' by Other Women Because of '90210' Costars

Jennie Garth: I Felt 'Threatened' by Other Women Because of '90210' Costars

As Jennie Garth and Tori Spelling continue to spill secrets from the set of Beverly Hills, 90210, the former costars got candid about how their time on the beloved drama affected them.

During the Monday, May 24, episode of their “9021OMG” podcast, the actresses answered a viewer question about them throwing “shade” at their male costars — Jason Priestley, Brian Austin Green, Ian Ziering and Luke Perry. 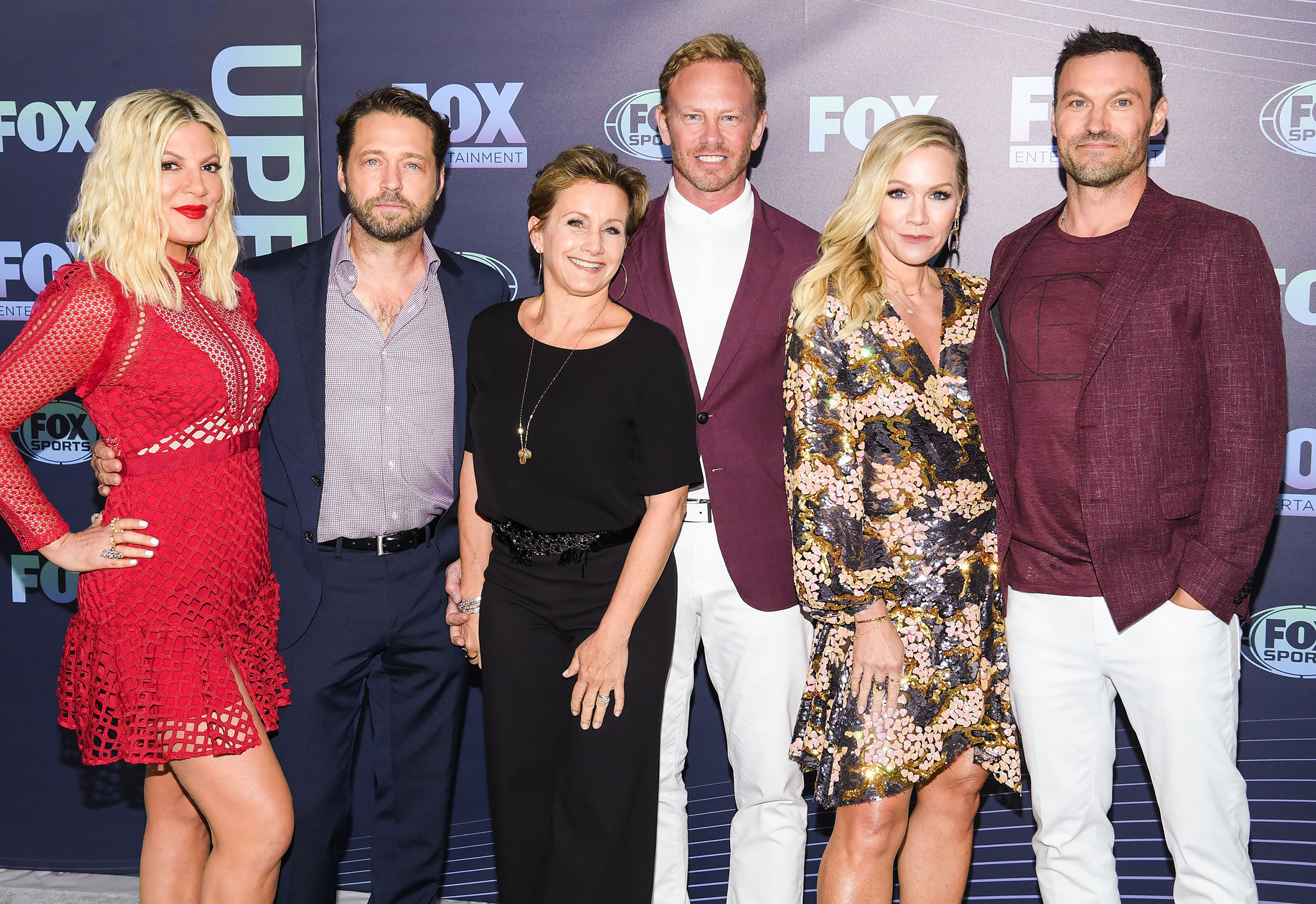 “Those were our formative years. We were young girls and we were very, very impressionable,” Garth, 49, said. “Tori and I have talked about this before. … A lot of what happened on that set shaped us in all directions. … It brought out a super competitive part of me, being in that environment.”

Donna and Kelly Forever! Tori and Jennie’s Friendship Over the Years

The What I Like About You alum added that it was “a different day and age” working on the drama from 1990 to 2000, citing being judged because of her “looks” or “how she looked in an outfit.” 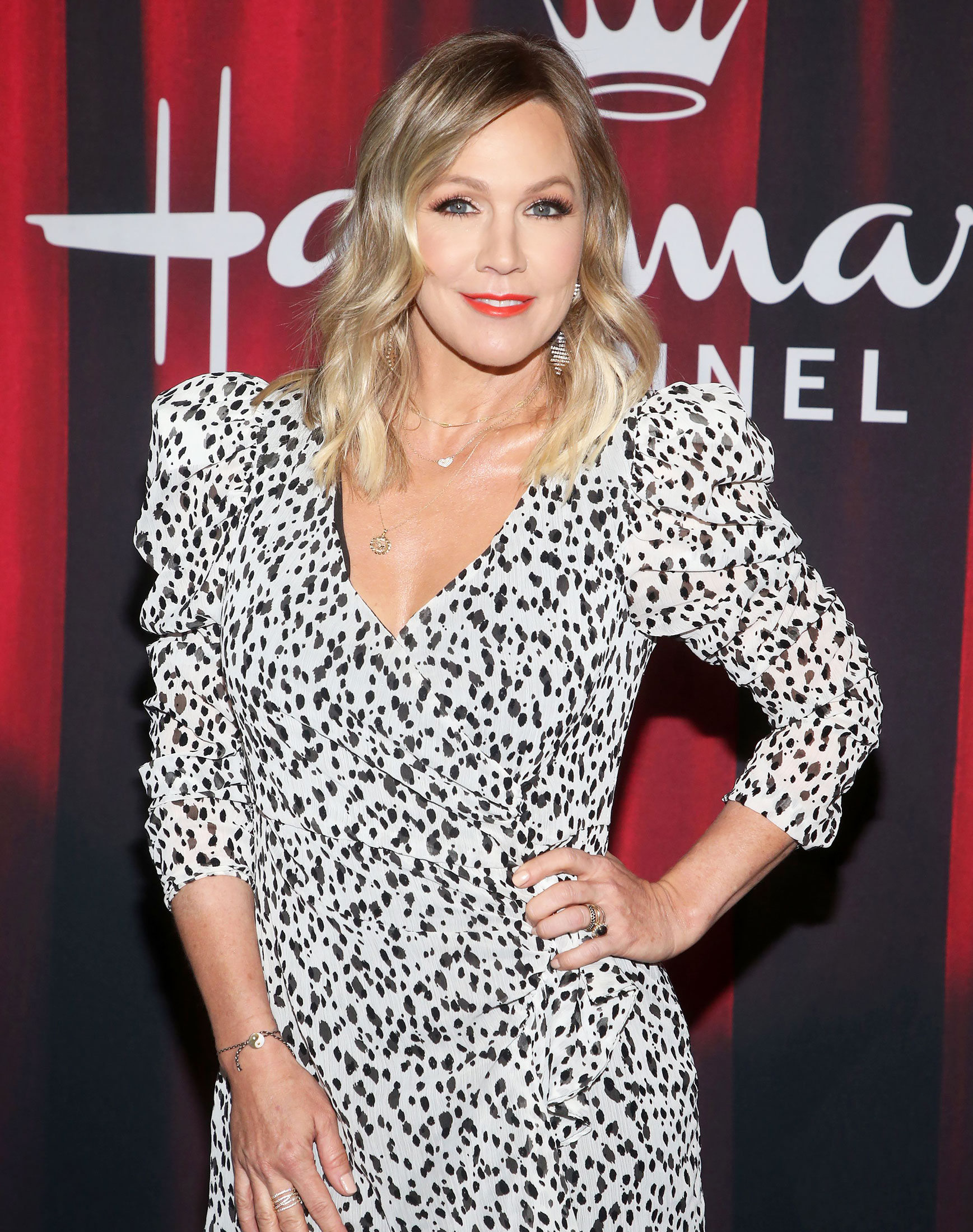 The Deep Thoughts From a Hollywood Blonde author played Kelly Taylor on Beverly Hills, 90210, for all 10 seasons alongside Spelling, who portrayed Donna Martin.

“I got tired of the heaviness of it sometimes,” Garth said on Monday’s episode when asked about Kelly’s dramatic story lines, including being trapped in a fire, getting shot and escaping a cult. “That’s why I love the scenes on the show of everybody hanging out and having fun. … I did so many of those dramatic things and I developed into a pretty dramatic person.”

Garth added that her “traumatic experiences on camera” may have “shaded” her “life experience,” referring to herself as a “blue person.” She called Spelling, 48, a “yellow person, explaining, “You air more on the lighter, happier, sunnier side of the spectrum. I’m more a blue person, I’ve always struggled with depression. … [But] I love my blueness, I embrace it.”

The sTORI Telling author, for her part, said she “carried” being cast as Donna on a show produced by dad Aaron Spelling throughout her adult life.

“I didn’t show any emotions because I didn’t want to be labeled anything. I just wanted to be perfect. They already had preconceived notions because she’s the producer’s daughter,” Spelling explained. “Going into that job I was like, ‘I have to be sweet, I have to nice, I have to be kind.’ And I was all of those things, but it’s carried over into my adult life that I don’t have the voice to be strong or brave or the confident woman I want to be because I’m spending so much time focusing on being so sweet and wanting everyone to like me.” 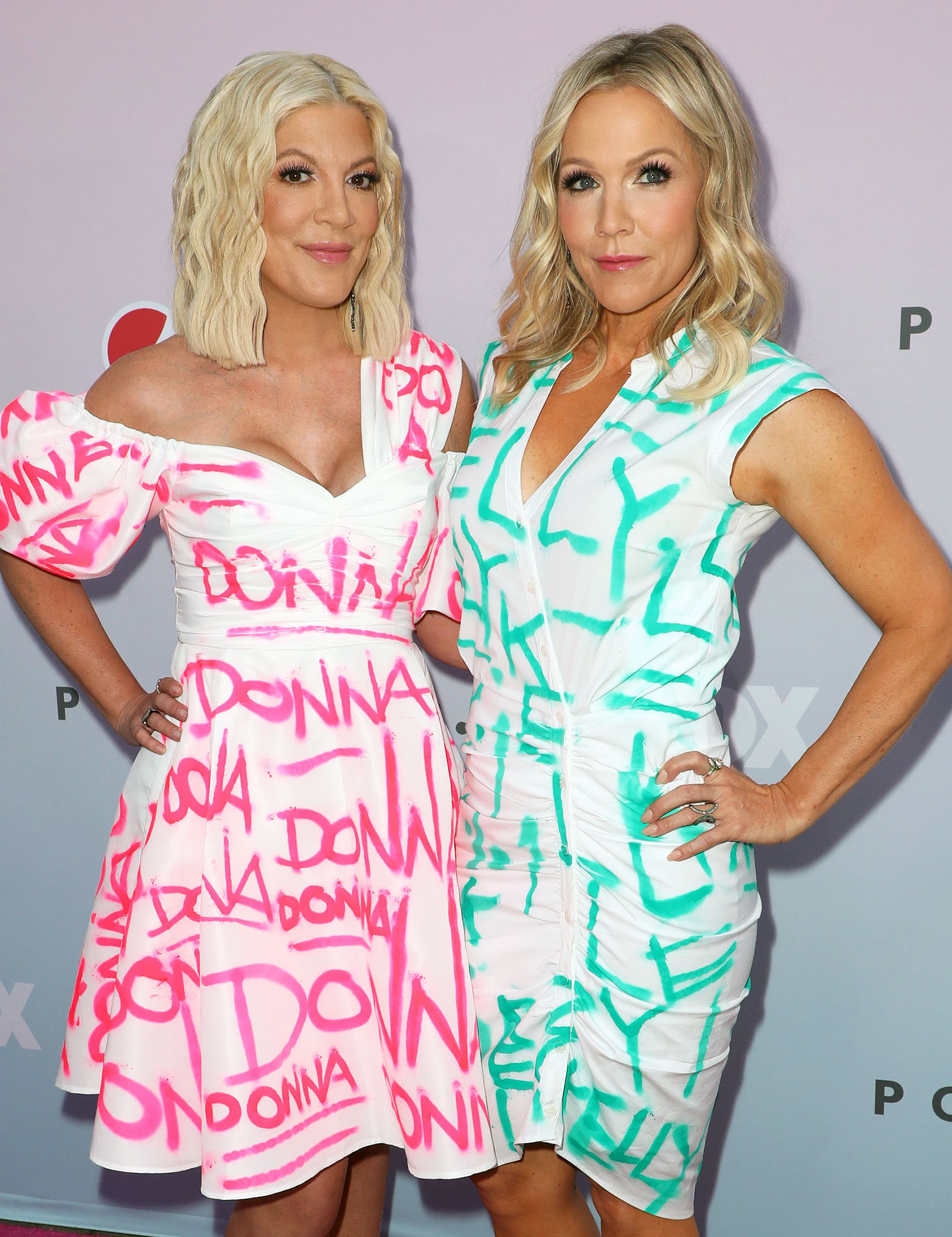 Garth previously told Us Weekly that she was “nervous” as she and Spelling entered season 2 of Beverly Hills, 90210, and prepare to revisit Kelly’s infamous love triangle with Brenda (Shannen Doherty) and Dylan (Perry) on their rewatch podcast.

“It’s weird, even now, before the triangle’s even happening, there are some times when Kelly and Brenda and Dylan are in scenes together and I’m thinking, ‘Oh, like, is it weird? What’s she going to [to do]? Is there a weirdness happening? Is this foreshadowing?’” she told Us earlier this month. “Getting into that will be interesting. I’m pretty sure I will feel awkward.”