A few short years ago, Jennifer Lawrence took a bit of a hiatus from the busy and often high-pressure world of Hollywood. But now she’s back with a new movie and an exciting chapter of her life that’s about to unfold. The Oscar winning actress attended the red carpet premiere of Don’t Look Up along with the film’s star-studded cast. While posing for photos, Lawrence’s growing baby bump was highlighted by the stunning gold gown she wore, and she looked as breathtaking as ever.

The actress looked radiant in a dazzling sequined Dior gown, which featured a floor-length, semi-sheer cape. Lawrence, who is expecting her first child with husband Cooke Maroney, wore her hair in a pulled-back low bun and accessorized with some delicate Tiffany & Co. jewelry. The actress joined her co-stars — Leonardo DiCaprio, Meryl Streep, and Jonah Hill — for a few more photos prior to the film’s world premiere, too. By the looks of it, the actress’ pregnancy appeared to be fairly well along, and Lawrence already has a plan for how she’s going to handle being a mom in the spotlight. 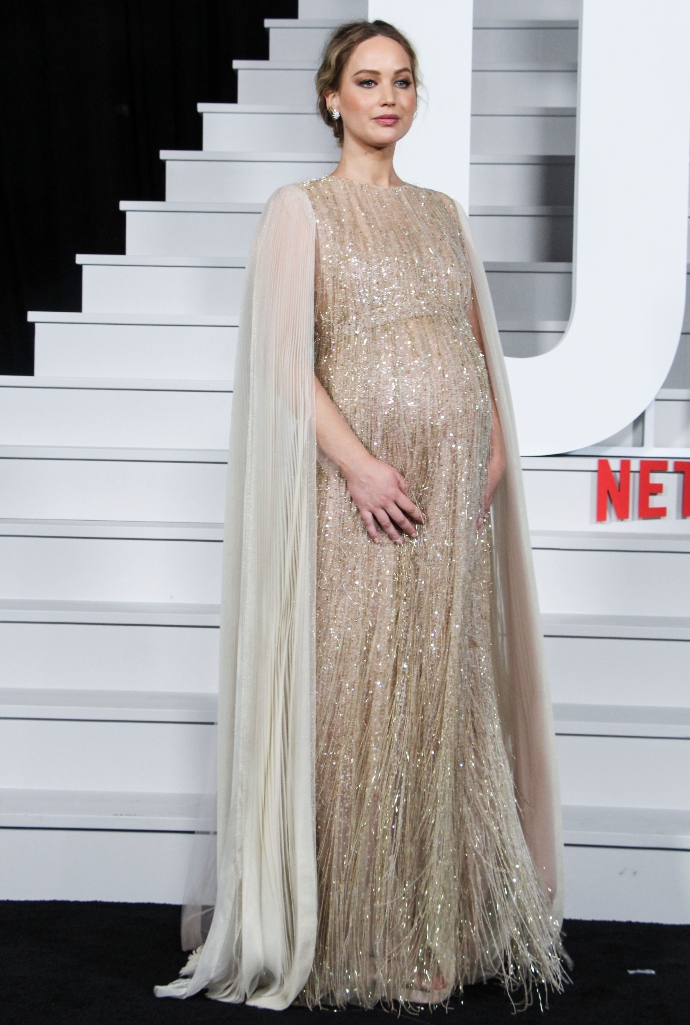 In a recent interview with Vanity Fair, Lawrence described how “grateful and excited” she is about impending motherhood. She does, however, have some firm boundaries she wants to establish once her child is born. “But every instinct in my body wants to protect their privacy for the rest of their lives, as much as I can,” she explained to the outlet. “I don’t want anyone to feel welcome into their existence. And I feel like that just starts with not including them in this part of my work.” 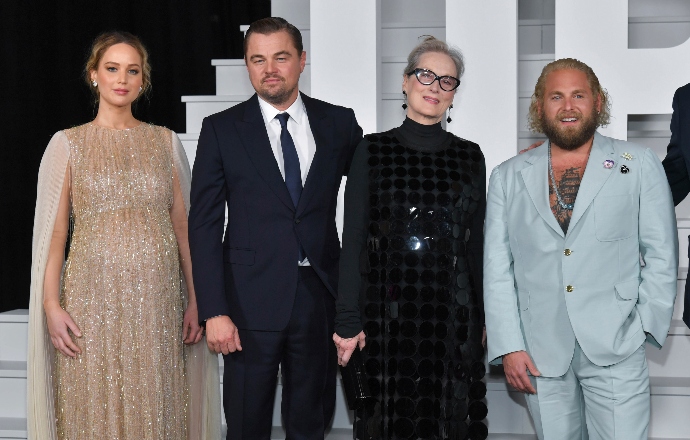 As one of the biggest movie stars in the world, Lawrence has clearly learned a lot about setting boundaries and keeping specific aspects of her personal life as private as possible. Given her high-profile and often demanding job, it’s clear why the actress wants to give her future child the space to thrive without the fear of cameras constantly being in their face. We’ve seen so many different stars take thoughtful approaches to parenthood, and we’re glad to see that Lawrence knows how she wants to raise her child as she heads into new projects and makes more red carpet appearances.

Before you go, click here to see all the pregnant celebs who have showed off their baby bumps on the red carpet. 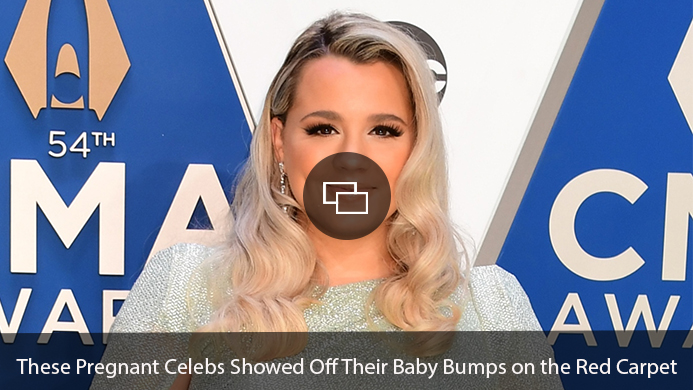