“I’m confused — I thought these guys hated cancel culture,” Kimmel said after the Republicans ousted Cheney from her leadership position in the House on Wednesday. 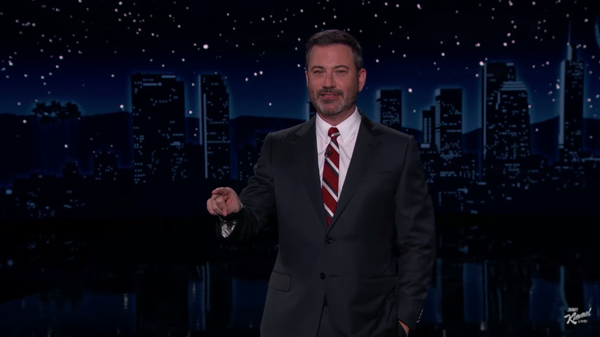 Welcome to Best of Late Night, a rundown of the previous night’s highlights that lets you sleep — and lets us get paid to watch comedy. We’re all stuck at home at the moment, so here are the 50 best movies on Netflix right now.

The Ouster of Liz Cheney

Late-night hosts were all over the vote by Republicans to boot Representative Liz Cheney on Wednesday from her House leadership post after she refused to toe the party line on Donald J. Trump.

“I never thought I’d be pro-Cheney in any way, but it has happened.” — JIMMY KIMMEL

“She said Republicans must speak the truth; the election was not stolen. So she had to go.” — JIMMY KIMMEL

“Living in reality should be the bare minimum for holding public office, and yet today’s G.O.P. is so [expletive] crazy, simply living in reality is considered heresy.” — SETH MEYERS

“I mean, here they are, trying to move past the attempted coup and focus on looking forward to the next attempted coup, but Cheney just wouldn’t let it go.” — TREVOR NOAH

“Wow, I respect Liz Cheney taking a stand against Trump, but it does feel a little less threatening when she’s doing it as she’s being removed from power, you know? It’s got the vibe of a villain falling into a volcano while saying, ‘This isn’t over!’” — TREVOR NOAH

“Cheney was ousted via voice vote during a closed-door meeting. So we don’t know exactly what happened, but sources in the room say she made a defiant final speech that drew boos from her colleagues. But to be fair, Matt Gaetz boos any woman not wearing braces.” — STEPHEN COLBERT

“Her principal political patron is a man who was compared to Darth Vader and took it as a compliment. She learned Washington infighting from a man who lived a year with no heartbeat. If I were Kevin McCarthy, I’d grow a beard and dig a spider hole.” — STEPHEN COLBERT

“You know, you can’t have Republicans going around saying Biden won the election — people might get the right idea.” — JIMMY KIMMEL

“Yeah, Republicans haven’t turned on someone this fast since they tried to murder Mike Pence.” — JIMMY FALLON

“After the vote, Liz Cheney said that she doesn’t want Trump to get near the Oval Office ever again. Yeah, it’s not that hard — all you have to do is hang a sign outside that says, ‘Just Salad.’” — JIMMY FALLON

Samantha Bee dedicated Wednesday’s “Full Frontal” to confronting gun violence and asking viewers to “do one [expletive] thing about guns.”

What We’re Excited About on Thursday Night

Chris Rock, star of “Spiral,” will be on Thursday’s “Jimmy Kimmel Live.” 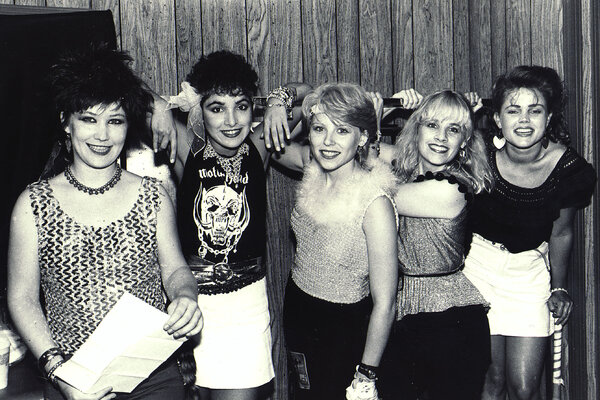 Half of this year’s Rock & Roll Hall of Fame inductees are women, including Tina Turner, Carole King and the Go-Go’s.