President Donald Trump and his Republican allies have argued for weeks that the impeachment investigation wasn’t valid unless the House voted. 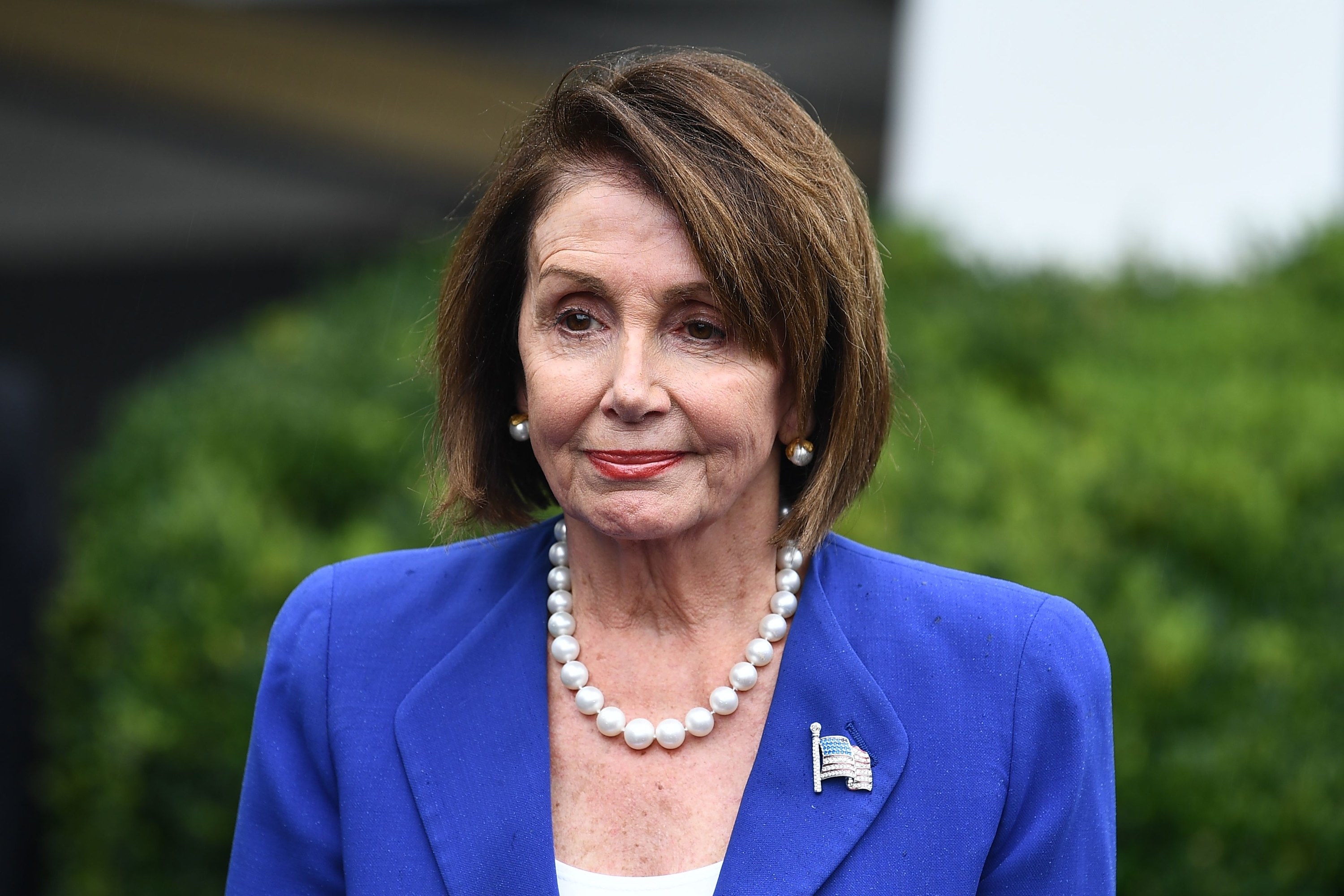 It passed by a vote of 232-196 with just two Democrats, Rep. Collin Peterson of Minnesota and Jeff Van Drew of New Jersey, voting with Republicans against the resolution. Every other Democrat voted yes, as did Independent Rep. Justin Amash, who left the Republican Party earlier this year and supports impeaching the president.

House Speaker Nancy Pelosi announced the vote earlier this week, just days after a judge ruled there was no legal requirement that Democrats bring such a resolution to the floor. But doing so, Pelosi said, would neutralize process attacks from Trump and his allies and help the House be prepared to move forward.

“For weeks, the President, his Counsel in the White House, and his allies in Congress have made the baseless claim that the House of Representatives impeachment inquiry ‘lacks the necessary authorization for a valid impeachment proceeding,’” House Speaker Nancy Pelosi wrote in a letter to her caucus Monday. “They argue that, because the House has not taken a vote, they may simply pretend the impeachment inquiry does not exist.”

The argument that the House needs to hold a floor vote to open an inquiry has “no merit,” the speaker said in her letter, but, she added, the House is “taking this step to eliminate any doubt as to whether the Trump Administration may withhold documents, prevent witness testimony, disregard duly authorized subpoenas, or continue obstructing the House of Representatives.”

The resolution passed Thursday makes Intelligence Committee chair Adam Schiff the frontman for upcoming public hearings, which Democrats say will begin in earnest in the coming weeks. Two Trump administration officials who have already delivered key testimony in the impeachment inquiry have reportedly said they are willing to testify publicly: Lt. Col. Alexander Vindman, a National Security Council staffer who was on Trump’s July call with Ukrainian President Volodymyr Zelensky, and Bill Taylor, the top US diplomat to Ukraine, whose testimony committee members said was the most thorough accounting they’ve gotten so far.

The White House has argued that the lack of a vote on an impeachment resolution, among other things, makes the whole inquiry invalid and have used that point to attempt to prevent administration officials from testifying. But Democrats say they are not capitulating to the White House or Trump’s allies in Congress by holding a vote now.

Following the vote, Rep. Steve Scalise, a member of Republican leadership emphasized that there was “bipartisan opposition” to what he has repeatedly called a “Soviet-style” impeachment process — but did not specify that just two Democrats voted no.

“At the beginning of this, Congress said if there’s going to be impeachment it has to be bipartisan. In fact the only bipartisan vote today was against impeachment. Every single Republican voted against it but there were also Democrats who said that they can’t stand this tainted, Soviet-style process,” he said.

Asked if Amash’s vote in favor counts as bipartisan support for the inquiry, since he was a longtime Republican member, Scalise said no, Amash doesn’t count.

Rep. Devin Nunes, the top Republican on the House Intelligence Committee and a major Trump ally, condemned the resolution in a speech on the House floor Thursday, calling the Democrats running the impeachment depositions “a cult.”

“These are a group of people loyally following their leader as he bounces from one outlandish conspiracy theory to another,” Nunes said, referring to Schiff.

House Minority Leader Kevin McCarthy also spoke on the floor, encouraging members to vote no, and arguing that Democrats were just trying to overturn the 2016 election, echoing a favorite Republican talking point. McCarthy got a standing ovation from House Republicans at the end of his speech.

Democratic Rep. Jim McGovern spoke after McCarthy, telling members that they should vote yes to show that “no one is above the law,” and got his own standing ovation from Democrats.

Republicans have argued that holding the vote simply proves that Democrats have been disorganized and out of line since the day they formalized the impeachment investigation.

“Speaker Pelosi is finally admitting what the rest of America already knew – that Democrats were conducting an unauthorized impeachment proceeding, refusing to give the President due process, and their secret, shady, closed door depositions are completely and irreversibly illegitimate,” White House spokesperson Stephanie Grisham said Monday.

And in response to Pelosi’s announcement that the House would vote, McCarthy tweeted, “Today’s backtracking is an admission that this process has been botched from the start. We will not legitimize the Schiff/Pelosi sham impeachment.”

Asked by reporters multiple times before the vote whether it would neutralize Republican concerns, a clearly annoyed Pelosi said, “These rules are fairer than anything that have gone before in terms of an impeachment proceeding. I’m not here to answer any questions about what the Republicans say.”

Paul McLeod contributed to this story.