The wildest rumor making its way around the internet is that Kanye West might be dating model (and Bradley Cooper’s ex) Irina Shayk. The story took hold on the Instagram anonymous gossip site, Deuxmoi, where they don’t verify any tips sent it, but it might shock you to know that the duo does have a working relationship going back 11 years. 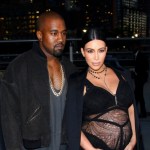 ‘Kanye West is now secretly dating Irina Shayk aka Bradley Cooper’s baby mama,” a source wrote to Deuxmoi, per the Daily Mail. The site’s owner responded, “After further looking into this, I don’t know if ‘dating’ is the right word, but there is perhaps some interest there.” The supermodel first encountered the rapper back in 2010 when she appeared in his “Power” music video as a rose-gold entrenched angel, where she sporting a set of CGI-created wings.

She must have made some type of impression on West because he included her in the lyrics for “Christian Dior Denim Flow” later that year of the list of women he would like to get to know better. “I’m wilding, I’m on a thousand. I wanna see Irina Shayk next to Doutzen,” he wrote in the song. 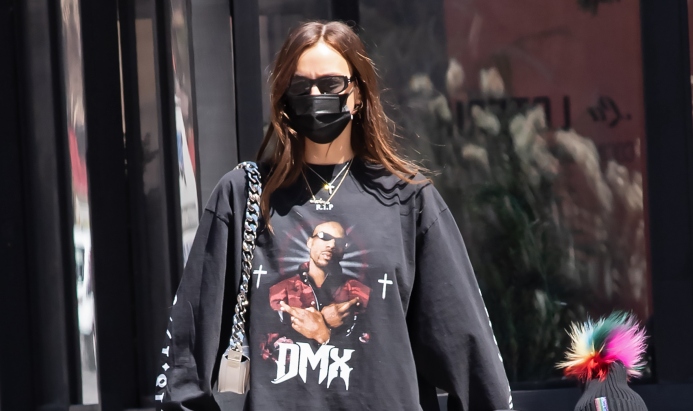 In 2012, Shayk walked in West’s Paris Fashion Week show for his Fall/Winter collection, so he clearly hadn’t forgotten about her. Perhaps West laid the foundation for a fabulous friendship or a potential romance in those early years, but what stoked the dating flames happened on April 26 when the supermodel was spotted wearing a DMX shirt created in partnership with West and Balenciaga. Was Shayk sending the paparazzi a message or was it just a cool fashion choice?

It took until May 24 for the gossip tip to appear on Deuxmoi, but it didn’t take much time for sources to offer up West’s ex-wife, Kim Kardashian’s, reported reaction. “She’s not bothered at all about it, no one in her circle appears to care or believe it,” an insider told The Sun. “Even if it is true, I doubt she’ll even be upset at this point.”

There’s been no word on what Cooper thinks about his ex-girlfriend possibly enjoying West’s company, but as a notoriously private actor, we doubt there will be any official word from him. If this pair-up is really happening, it would fit into West’s supposed desire to date “an artist or a creative person” in his next relationship, according to a Page Six source. Shayk isn’t a musician, but her work in fashion and their decade-long work history together is why we are keeping this possible couple on our radar.

Before you go, click here to see all the celebrity couples with the best stories behind how they met.