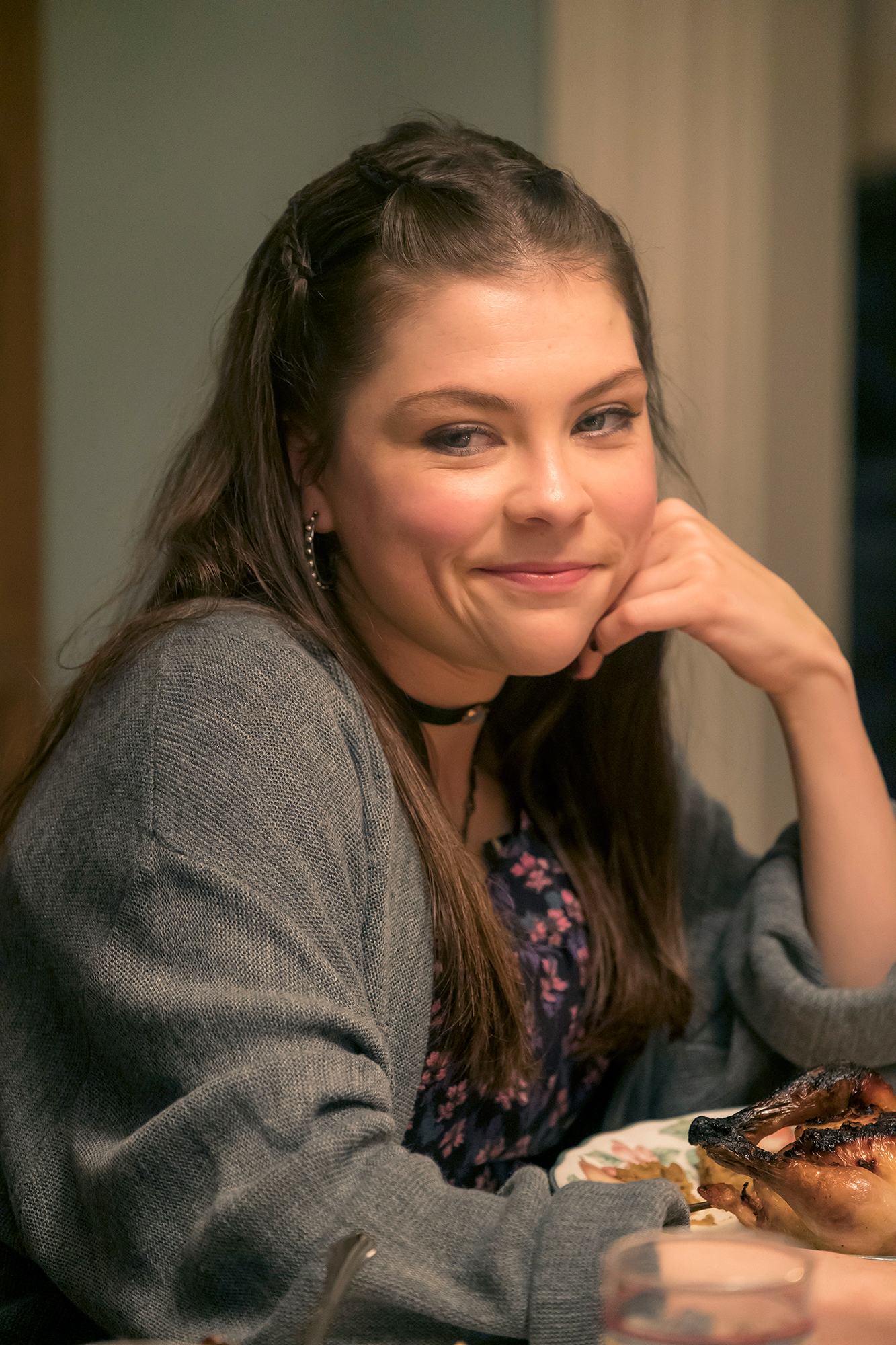 Kate looked back on a previous relationship with unease during the Tuesday, October 22, episode of This Is Us, titled “Storybook Love” and directed by Milo Ventimiglia.

In flashbacks, the Big Three came over for dinner at Rebecca’s (Mandy Moore) new house. Kevin (Logan Shroyer) and Sophie (Amanda Leighton) were newlyweds (they decided to tie the knot after seeing several non-sign signs). Randall (Niles Fitch) and Beth (Rachel Hilson) were settling into their relationship, and Kate (Hannah Zeile) was seemingly alone, until her record store coworker/boyfriend, Marc (Austin Abrams), showed up. He said he didn’t want her to face the family dinner by herself.

Kevin and Randall got a weird vibe from Marc, in part because he was 23 to Kate’s 18. Their admissions led to an explosive fight that Rebecca had to break up. The family eventually calmed down and returned to dinner after Rebecca insisted they move forward following Jack’s death.

In the present, Kevin (Justin Harley) and Randall (Sterling K. Brown) arranged for the family’s old piano to be brought to Kate’s (Chrissy Metz) house as a baby gift. Kate found photos from the dinner in the stool and showed the picture of her and Marc to her mom with a cautious look. “I was trying so hard to hold it together that year after your father died, and I wanted to believe so badly that you kids were happy, I didn’t see what was happening,” Rebecca told her daughter, to which Kate responded, “I didn’t see it either.” 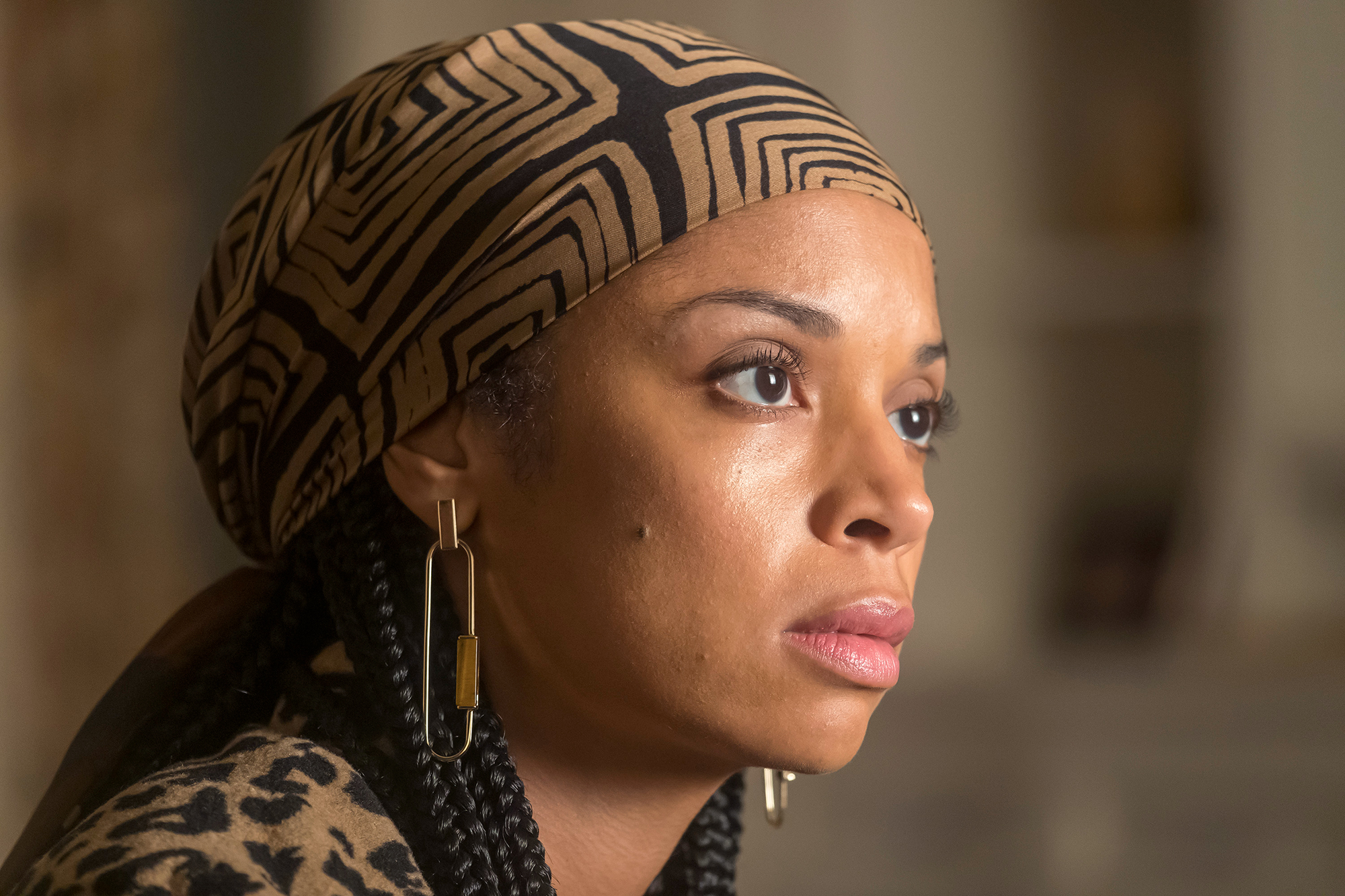 Meanwhile, Tess (Eris Baker) had a panic attack at school. Randall tried to relate to her via his own anxiety struggles, but Tess didn’t want to be like her dad. Randall beat himself up over passing down his worst trait, which prompted Beth (Susan Kelechi Watson) to recall a conversation she once had with William (Ron Cephas Jones). William told her he had anxiety and lamented giving it to Randall.

Beth rallied Tess — whose panic attack stemmed from the prospect of coming out at school — and Randall by sharing William’s battle and pointing out that they also shared good qualities. Beth later encouraged Randall to see a therapist before his anxiety got the better of him again, but he was adamant he was fine.

Kevin, for his part, followed through on his offer to help Cassidy (Jennifer Morrison) win back her husband, Ryan (Nick Wechsler). Ryan came to a ceremony where Cassidy was being honored for her service but left before it was over. Kevin later scolded him, but Ryan explained that he was trying to keep from crying because the military broke his “favorite person.” Ryan warned Kevin to stay away from Cassidy, which Kevin took as a sign that he still liked her.

Kevin also bonded with Nicky (Griffin Dunne) over a Pearson family tradition of cutting boxed ice cream like a cake — something Jack (Ventimiglia) used to do with him.