Pop music’s fringe innovations happen when there’s a glitch between a sound and an idea. The familiar rubbing up against the unexpected. A productive dissonance that’s both disorienting and often ecstatic.

It’s there in one-off novelty hits: “Barbie Girl,” “I’m Too Sexy,” “Old Town Road.” The postmodern-pop imagineers of the PC Music collective, who so effectively deployed artifice front and center half a decade ago, leaned into it heavily. It even emerges when the crepe-thin voices of the Kidz Bop Kids take on words with meanings they can’t possibly fathom.

This is how time-tested pop frameworks smuggle in so-called wrong ideas. They tell a parallel pop history, one that suggests the real action is happening at the margins.

Kim Petras, a 26-year-old singer originally from Germany, has innovated one step beyond that — for her, the glitch is the whole idea, and the foundation of a hyper-referential, aggressively saccharine, ruthlessly structured reimagining of centrist pop built wholly of familiar bits and pieces. Her music is high-wire collage, borrowing from every decade from the 1970s to whatever the 2020s are likely to sound like, pulling in multiple directions at once while never swerving. And she is both an exuberant emoter and a wry winker, often at the same time.

The outstanding “Clarity” is her first full-length album, full of songs that are stitched so tightly and varnished so brightly that they cease to be mere pastiche and transcend into something utterly new.

Petras is a savvy scavenger. On the urgent and cloying “Personal Hell,” her singing sounds simultaneously like a kiddie nursery rhyme and a tragic faux opera. “Do Me” fuses the sweaty energy of mid-80s aerobics pop with the enthusiasm of the Disney Channel catalog. On “Blow It All,” she sings about wanton things — “Shorty in the bathroom and she asking where the coke at/I spent 20,000 just to leave it on a coat rack” — channeling the off-kilter glee of the viral wonder Rebecca Black.

All of this is framed in a club-pop context, taking in that style’s full range. “Icy” could be one of the Weeknd’s pop crossover records or it could have come from the coldly romantic late-period new wave of the 1980s; “All I Do Is Cry” revisits the moment the Chainsmokers discovered guitars; “Sweet Spot” remakes Daft Punk’s warm digital embrace of disco; and “Got My Number” channels the lite hip-hop soul of the 1990s.

Petras has a strong voice — that was clear from her early YouTube covers, which helped her get discovered. But here that power is a bug more than a feature. Apart from “Broken,” none of the songs take advantage of it. It’s merely a data point in this meta-pop potpourri. Sometimes she sounds like Evanescence, sometimes she sounds like Young Thug; both are valid reference points.

The seamlessness of “Clarity” — which consists of several songs that have been released as singles since April, along with a handful of new ones — comes from the production, which is glossy and unrelentingly potent, a series of brainy genre mishmashes that communicate deep fluency in pop micro-histories.

Petras works closely with Dr. Luke, the songwriter and producer who helped build the careers of Katy Perry, Kelly Clarkson and Kesha. In 2014, Kesha accused him of sexual and verbal abuse in a lawsuit in which she asked to be released from her contract with his label. Dr. Luke countersued for defamation and breach of contract. In 2016, a judge in New York rejected Kesha’s claims; Dr. Luke’s suit is ongoing.

Working with Dr. Luke has clouded Petras’s career thus far. In interviews, she’s described the experience positively. Last year, she told NME, “I would like my fans to know that I wouldn’t work with somebody I believe to be an abuser of women.” She then apologized after some suggested she was invalidating Kesha’s accusations: “While I’ve been open and honest about my positive experience with Dr. Luke, that does not negate or dismiss the experience of others or suggest that multiple experiences cannot exist at once.” 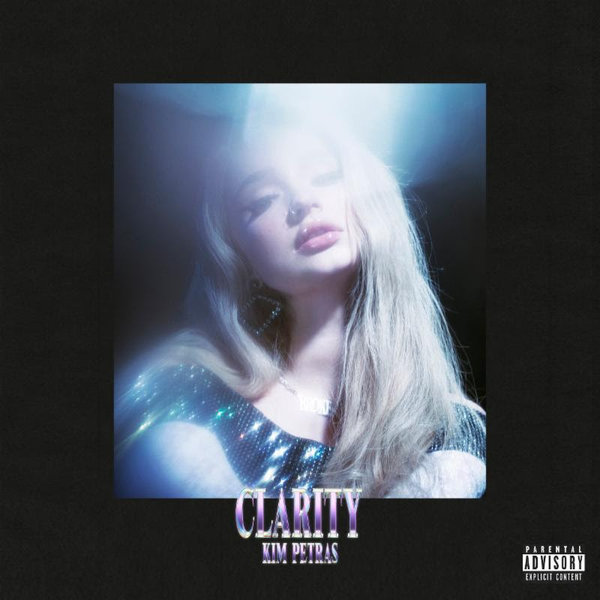 If the atelier of the Swedish producer and songwriter Max Martin focuses on sincere pop centrism, Dr. Luke’s hit factory suggests pop refracted in a fun house mirror: quirky and kaleidoscopic, a seamless picture made up of unlikely fragments. Along with Petras, Dr. Luke has a songwriting credit on each song on “Clarity.” He does not receive a formal production credit on the album. Each song includes a production credit for an entity called Made in China, which has been presumed to be an alias for Dr. Luke. Linda Carbone, a publicist who represents Petras and Dr. Luke, said that Made in China is a producing alias of Clint Gibbs, who has been the chief studio engineer for Dr. Luke.

Petras is a fitting vocalist for the Dr. Luke framework: She sings with attitude, and sometimes with comedy. Some of the most vivid juxtapositions on “Clarity” are when she sings about tragic things with glee, or vice versa. And when the album suffers toward the end, as on the dreamy praise song “Shinin’,” it’s because there’s no tension between the synthetic and the sincere.

Petras’s blueprint is potent, but it might not be easy to emulate — it requires the brashness to propose unheard collisions and to grin confidently while insisting they purely pop.

The closest contemporary analogue to Petras’s work on “Clarity” is Ashley O’s “On a Roll,” a song from the current season of “Black Mirror” performed by Miley Cyrus in the role of Ashley O, a depressed pop star making a teen empowerment jam out of a serrate Nine Inch Nails song. In a twist, “On a Roll” has made it to some lesser Billboard charts (though it’s not a mainstream hit, yet), suggesting that it’s possible that the glitch in the machine might someday learn how to reprogram the whole thing. 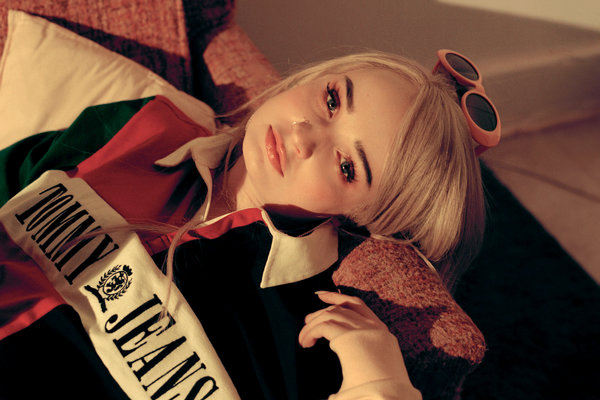 Jon Caramanica is a pop music critic for The Times and the host of the Popcast. He also writes the men’s Critical Shopper column for Styles. He previously worked for Vibe magazine, and has written for the Village Voice, Spin, XXL and more. @joncaramanica