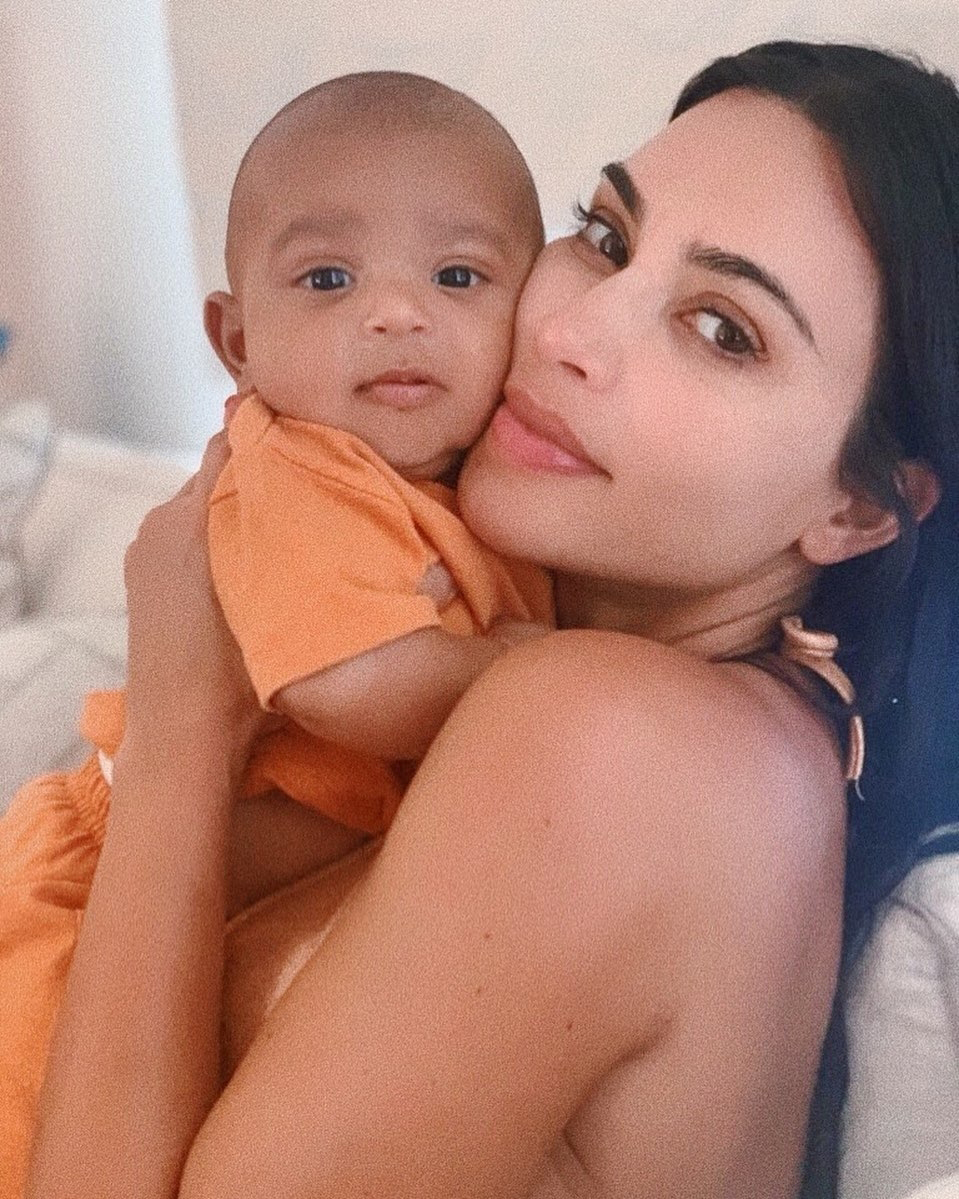 Love is in the air! Kim Kardashian followed up the birth of her fourth child, Psalm West, by planning a heartfelt vow renewal ceremony for her and Kanye West’s fifth wedding anniversary on the Sunday, October 20, episode of Keeping Up With the Kardashians.

Psalm’s arrival, despite some concern over a potential breech birth, went smoothly according to Kim who gushed about her surrogate, saying, “She had the easiest delivery. She pushed literally maybe one time.” Kim then explained that Kourtney Kardashian and Kanye were in the room with Kim and the surrogate during Psalm’s birth. Kim was quick to squash any idea of having a fifth child, saying, “I really do feel like four is the perfect number for me. I feel so full in the best way. But I’m done.”

Kim later revealed that the unique biblical name for her new arrival was chosen by her youngest sister, Kylie Jenner. The journey towards choosing the name began when Kim and Kanye wanted to name the baby “Ye,” after Kanye’s nickname. Kim explained, “So we looked up every name in the bible that had ‘ye’ in it. … Kylie called at the last moment and said, ‘No. Psalm and Saint sound good together.’” Kim then added that Psalm’s nickname around the house is “Psalm Ye.”

Kim opted to throw Kanye a vow renewal ceremony to celebrate their romantic milestone in spite of her busy schedule. She also took the time to write personal vows, calling Kanye her “best friend,” and even managed to fly out the pastor from their actual wedding in Italy. The ceremony, surprisingly, was not filmed for their E! show. Kim revealed, “We are not gonna show the actual vows. We wanted to keep them really personal and it’s private for us.” She did add that “the ceremony was really sweet. It was overall such a good night with a good vibe. It was just perfect.”

Prior to the vow renewal ceremony, Kim’s sisters Kourtney and Khloé Kardashian jetted off to Turks and Caicos for a wild and ultra-luxurious girls’ trip with a large group of pals that included Larsa Pippen and Poosh COO Sarah Howard. The trip appeared to go smoothly aside from some minor drama that mainly circled around Larsa and Sarah as the two butted heads throughout the vacation.

Larsa, who filed for divorce from NBA star Scottie Pippen in November 2018, was keen on getting the group to meet up with “some guys from Miami.” The rest of the girls, however, opted out of meeting up with the mysterious men because Kourtney said she’d “rather hang out at the house and be silly.” Kourtney, who’s remained single since her August 2018 split from model Younes Bendjima explained to Larsa, “My energy really isn’t going out partying, or guys. Even if we’re in different phases of my life we’ll always be best friends.”

Keeping Up With the Kardashians’ airs on E! Sundays at 9 p.m. ET.