Donald Trump is the first U.S. president to be impeached twice ― and if it were up to Macaulay Culkin, he’d soon be down a movie credit, too.

Culkin on Wednesday expressed his support for digitally removing Trump from 1992’s “Home Alone 2: Lost in New York.” When a fan suggested the future president’s cameo in the beloved Christmas comedy be replaced with Culkin as his current, 40-year-old self, the actor needed just one word to signal his approval.

Trump is in “Home Alone 2” for all of seven seconds. In the scene, Kevin McCallister (played by Culkin) is strolling through New York’s Plaza Hotel. He stops Trump, who plays himself, to ask for directions to the hotel’s lobby.

The Trump Organization owned the Plaza Hotel from 1988 until 1995. Last year, in an interview to commemorate the 30th anniversary of the original “Home Alone,” director Chris Columbus said Trump would only grant permission for the sequel to be shot at the hotel in exchange for an appearance in the movie. 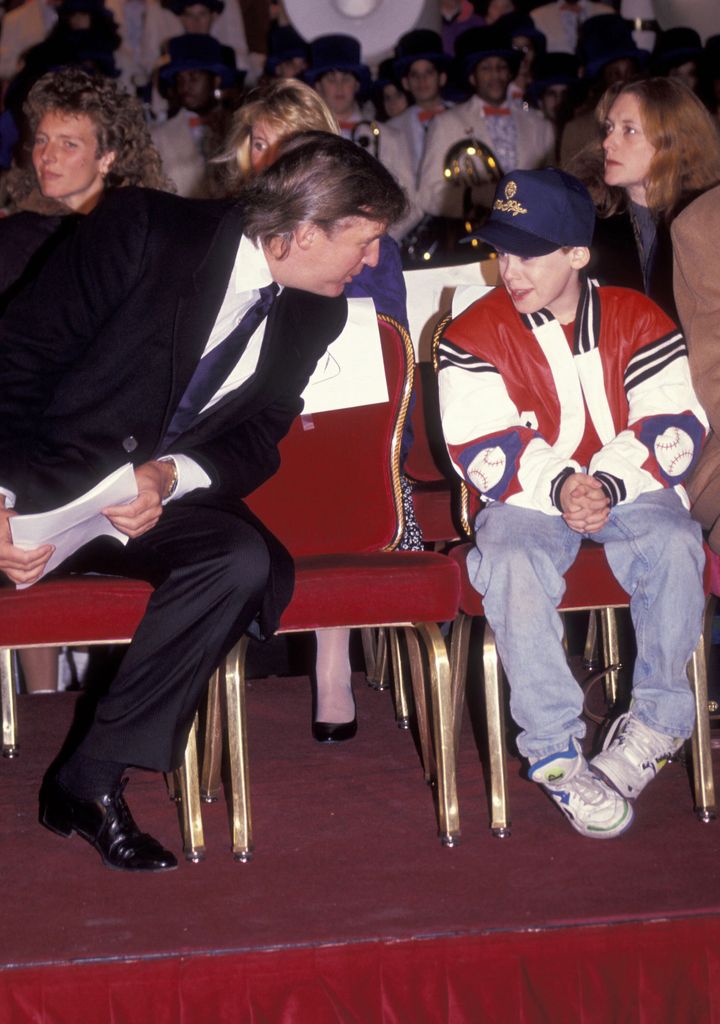 “So we agreed to put him in the movie, and when we screened it for the first time the oddest thing happened: People cheered when Trump showed up on-screen,” Columbus told Insider in December. “So I said to my editor, ‘Leave him in the movie. It’s a moment for the audience.’ But he did bully his way into the movie.”

Two years ago, Canada’s CBC made headlines when it was discovered that Trump’s scene had been cut from the broadcaster’s televised screenings of “Home Alone 2.”

In a statement, the company said the edit had been made two years before Trump ascended to the U.S. presidency, to make room for commercial airtime.

“As is often the case with feature films adapted for television, ‘Home Alone 2’ was edited for time,” a representative for CBC told The Hollywood Reporter. “The scene with Donald Trump was one of several that were cut from the movie as none of them were integral to the plot.”