Home » Entertainment » Mayor Pete Has A Plan To Address Systemic Inequality For Black Americans. He Was Barely Able To Talk About It In The Debate.

Mayor Pete Has A Plan To Address Systemic Inequality For Black Americans. He Was Barely Able To Talk About It In The Debate.

Black Americans looking for a robust conversation about race in America got something that felt more predictable given the lack of racial diversity in the first CNN debate. 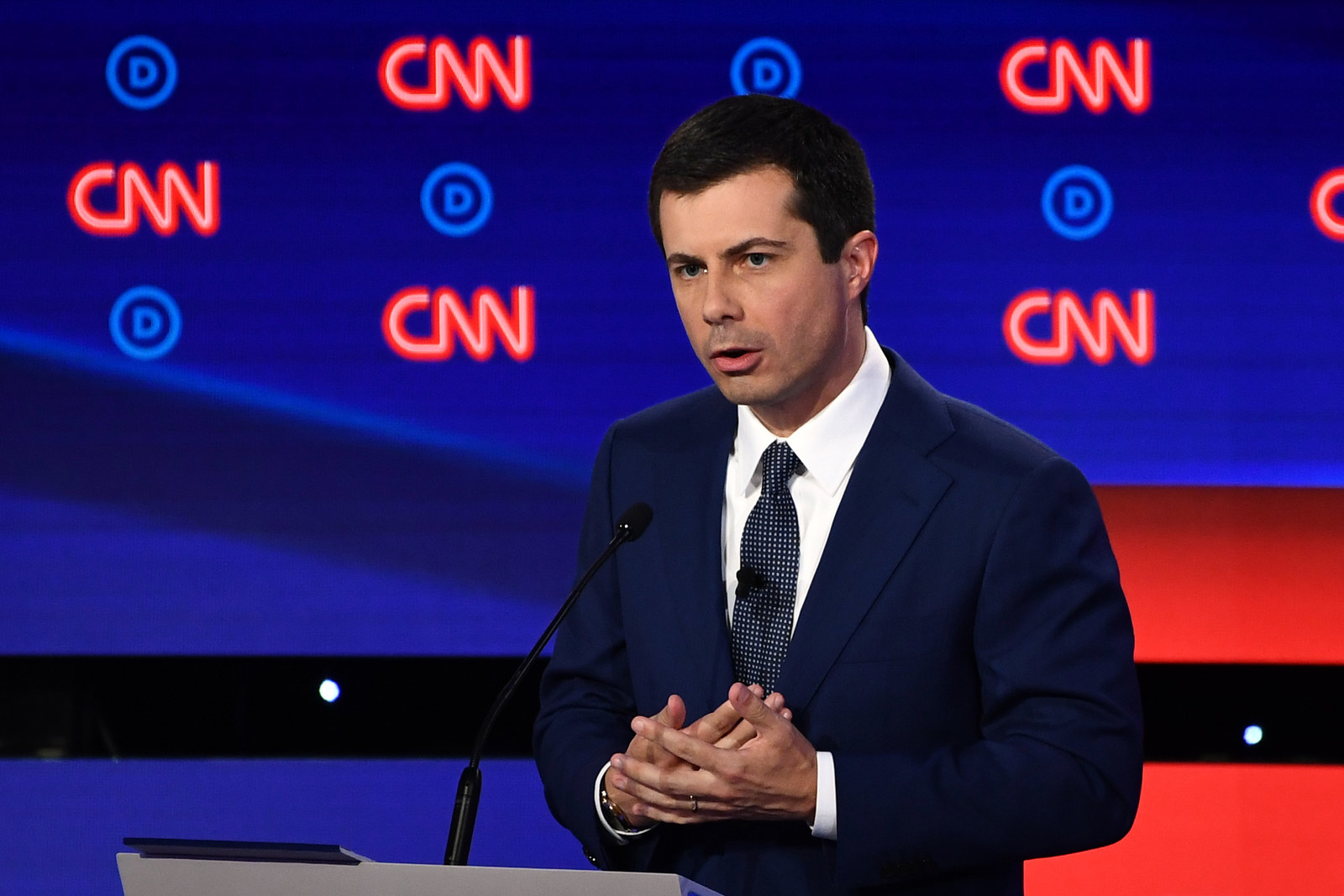 DETROIT — In a contemplative, sober defense of his record as mayor of South Bend, Ind., Pete Buttigieg stopped short during Tuesday night’s presidential debate of detailing his new agenda to address historical and systemic barriers to equality for black Americans, missing an opportunity to stand out as battle-tested pragmatist on matters of race and win voters of color to his campaign.

Americans tuning in Tuesday saw a debate featuring all white candidates that barely touched on the issue of racial inequality, potentially setting the stage for a stern rebuke from Democrats who want the party to aggressively address matters of race head on.

Race, and the Democratic Party’s ongoing effort to deal with the politics of identity, have been a flashpoint in the early 2020 campaign. Policy strategists involved in the campaign say candidates’ proposals have to strike a delicate balance of drawing in black voters while signaling to white voters that nothing is being taken from them. President Donald Trump has spent much of the last two weeks ridiculing political opponents who are people of color, and his Republican allies acknowledge that could help him reinforce his support among white voters.

Buttigieg has faced repeated questions about his record as mayor with respect to communities of color, including over a local housing demolition program that heavily targeted black and Latino neighborhoods. And while he’s gotten significant support elsewhere for his campaign this year, he sits at zero-percent support among black voters in some polls. His campaign arrived in Detroit confident their candidate could begin to change that with what they consider the strongest plan in the primary to address racial inequality.

Earlier this month, Buttigieg released the Douglass Plan, a policy agenda aimed at enticing black voters to his campaign named after the abolitionist Frederick Douglass, billed by his campaign as “a comprehensive investment in the empowerment of black America.” The campaign is proposing new investments in health care, education, as well as an overhaul of the criminal justice system, highlighted by a goal to reduce the American prison population in half. Buttigieg has spoken frequently about the plan, which the campaign had been working on for months before its official rollout.

Buttigieg assumed a thoughtful, even-keeled posture when asked by CNN moderator Don Lemon Tuesday night to address how he could successfully convince black voters that he could be the nominee with a record weighed down in part by acute challenges in his own community.

Buttigieg referred to the police shooting of South Bend resident Eric Logan, saying the South Bend community was moving “from hurting to healing” by soliciting input on the city’s use of force policy, and a board of safety that reviews police conduct.

“As an urban mayor serving a diverse community, the racial divide lives within me,” said Buttigieg, who has described feeling “torn” himself when his community is split over sensitive racial issues.

Buttigieg, under tight time constraints, was only able to briefly mention his Douglass plan. “Systemic racism has touched every part of American life, from housing to health to homeownership,” Buttigieg continued, but he was cut off by a moderator shortly after.

That was a rare moment that focused directly on race in America in the nearly three hour debate. What actually occurred betrays a promise by DNC chair Tom Perez that the party would no longer take black voters for granted.

The broad contours of the debate were loosely defined, making it hard for candidates to focus on an issue of their choice. The first of two nights of debates here in the Motor City felt at times stilted. Moderators kept candidates to strict time limits, eliciting a rapid pace punctuated by interjections that sometimes cut off the candidates in mid-sentence and sometimes awkward one-on-one questions designed specifically for candidates, and the night opened with nearly 40 minutes of health care debate. But the idea that black voters have specific concerns and have a huge role in deciding the nominee did not seem to be top of mind to anyone.

Adrianne Shropshire, the executive director of BlackPAC, an organization working for what it hopes is unprecedented black turnout in 2020, told BuzzFeed News in an interview on Tuesday that the candidate who lands on the right message to optimize black turnout will do so by keying into an aspirational vision of a post-Trump America, and offering policy prescriptions that highlight the rich tableau of black Americans’ contributions.

Shropshire said Buttigieg’s challenge is unique in part because his candidacy has highlighted problems city managers deal with that have radicalized younger black voters and made many of them more cynical about the ability of legislation or politics to help solve the most challenging problems faced in the community. She said Buttigieg and others have to change the conversation to bring black voters into the fold because Trump’s tactics bring into question whether or not black people are part of the American project.

For his part, Buttigieg has warned against buying into easy fail-safe policy prescriptions, such as the use of body-worn cameras for police officers, and he has sought to frame many of the most troubling racial problems facing black Americans as problematic for Americans of all backgrounds.

“White supremacy is the force that has come closest to bringing this country to its knees, and I believe that lurking danger is still with us,” Buttigieg recently told the editorial board of the Des Moines Register. “It’s been brought to the surface a little more than usual under this presidency, but it’s always been there. And if we don’t tackle it even with some challenging conversations about what we all owe each other as Americans, it’s just going to keep secreting this poison into American life.”

Other candidates got directly to that point in the brief segment on racial issues Tuesday.

“The very foundation of this country — the wealth we have built, the way we became the greatest country on the face of the planet — was literally on the backs of those who were kidnapped and brought here by force,” said Beto O’Rourke, who voiced support for Rep. Sheila Jackson Lee’s bill that would launch a commission to study the issue of reparations for descendents of enslaved people. O’Rourke called the national conversation one “we have waited too long in this country to have.”

Marianne Williamson, who has supported reparations since the start of her campaign, called racism a “dark psychic force.” And said Elizabeth Warren: “We need to call out white supremacy for what it is: domestic terrorism. And it poses a threat to the United States of America.”

More on the debate