Meghan Markle has drawn comparisons to Princess Diana ever since she first began dating Prince Harry, at first simply for the revolutionary effect it was assumed she would have on the monarchy and later for her tendency to mirror the late Diana’s warmth, personable touch, and, ultimately, deep distress at the hands of the paparazzi that besieged her. But Princess Diana’s voice coach and friend Stewart Pearce reminds us that Meghan and Diana were actually in two very different situations when they joined the royal family — and given the way that Meghan’s situation differed, he isn’t at all surprised that she was able to push back on the royal family with more confidence, ultimately staging her exit in January 2020 with Harry by her side. 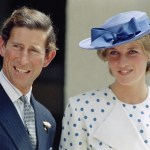 In a new PBS In Their Own Words special on Princess Diana airing Sunday, August 8, Stewart Pearce and others close to Diana reflect on the late royal and her life. Ahead of the special, SheKnows spoke with Pearce about how Diana’s M.O. within the royal family differed from Meghan’s.

“Meghan’s appreciation of how she moved through those vibrations in the royal household were just like Diana,” Pearce told us. “But what Meghan did because she was older and more experienced within the world and also an American celebrated actress moving into the royal household: She asked the questions, whereas Diana often said, you know, I was 19, 20. I did what most 19 year olds do. I thought, this is going to be an easy piece of cake. And of course, as soon as you moved into it, it was like, ‘what?!‘”

While Diana was no longer a senior royal by the time she passed away, having finalized her divorce from Prince Charles in 1996 after their 1992 separation, she never took the decisive steps that Harry and Meghan did to step out of that life and state her reasons why. Instead, Diana seemed to just be doing her best to hold on as her marriage crumbled, Charles grew closer than ever to Camilla (now the Duchess of Cornwall), and her pleas for mental health support went on ignored. In small ways here and there, Diana was able to assert her independence, but the idea of her formally picking up and leaving the royal family on her own is nearly impossible to imagine.

On the other hand, Meghan, according to Pearce, entered the royal family as a woman in her 30s well aware of what was and was not emotionally healthy for her and her partner, and she picked up right away that Harry was holding on to an ocean of feelings about the confinements of his royal role.

“In the early days, [Meghan] saw [Harry’s] anger and said, you better do something about this, otherwise you’re going to blow a gasket, you could be en route for major cardiac arrest,” Pearce recounted. “Because he was holding it all in.”

In working through the tension of Harry’s relationship to the Palace and Meghan’s own place within it, the couple evidently found that both their situations would be improved by going their own way. If Diana had been a self-assured, previously married woman and not a girl of 19, Pearce seems to think she might have found her bearings a lot sooner in her 15-year marriage to Charles — and Meghan having the courage to do what Diana couldn’t even imagine possible just makes Harry’s happy ending all the sweeter.

Before you go, click here to see Meghan Markle’s best fashion moments as a royal.