Singer Meghan Trainor and husband Daryl Sabara take their togetherness seriously: They have side-by-side toilets in their bathroom.

“We just got a new house, and we did construction,” the “All About That Bass” performer explained to Nicole Byer on a “Why Won’t You Date Me?” podcast posted Friday. “Nobody knows this, but in our bathroom there was one toilet. And a lot of times in the middle of the night when we’re with the baby, we gotta pee at the same time. So I was like, ‘Can we please have two toilets next to each other?’”

“It is insanity,” her brother, Ryan Trainor, interjected on the show.

Meghan Trainor said her contractor thought she was joking at first. She wasn’t. Now she and former “Spy Kids” star Sabara have dual potties after welcoming their son Riley in February.

“We pee at the same time a lot,” she said. “And we’ve only pooped together twice.”

Trainor said she’s limited the simultaneous defecation because her husband’s doodies stink. But she likes to show off her end results, after the positive dietary changes she’s made.

“Daryl, do you see this massive thing that came out of me?” she said in recounting one of her typical exclamations.

Outside of the house, the spouses like to “hang out” with each other while one does their business, Trainor’s brother said. 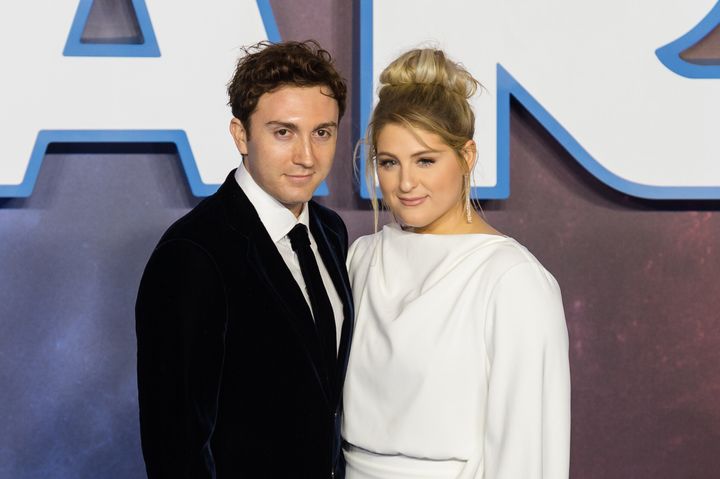