Former Vice President Mike Pence is making the rounds to promote his new memoir So Help Me God and, in the process, answering some pretty tough questions about his former boss. During a recent interview with NPR‘s Steve Inskeep, the politician was asked yet another doozy.

In a 2016 speech in Cleveland when he accepted the vice presidential nomination, Pence called Donald Trump a “good man.” Now, he’s being asked to revisit that choice of words.

“In that speech, you say Donald Trump is a good man, not that he was just the man for the moment, or the right man, or a strong candidate, but a good man. Do you still believe he’s a good man?” Inskeep asked.

Despite using the phrase “good man” three times in Inskeep’s framing of the question, Pence avoided using the term directly to talk about Trump today.

“President Trump was wrong on January 6, in arguing I had the authority to overturn the election” Pence sighed, alluding to the insurrection where far-right wing supporters of Trump attacked the White House. “But I’ll always be proud of the record we created for the American people.”

“While you’re proud of the record, you didn’t just call him a good man again,” Inskeep pointed out. 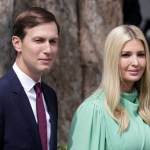 “Well look, I truly do believe that only God knows our hearts,” Pence offered as an awkward, non-answer. “I’ll leave it to others to make their own judgements,” he added.

This isn’t the first time Pence has done the uncomfortable dance of refusing to flat-out say that he doesn’t believe in Trump’s leadership abilities. After Trump announced that he would be making a run for the 2024 presidential campaign (which just happened to coincide with the release of Pence’s memoir), Pence wouldn’t address the questions from press members on whether or not Trump is fit to be president again. Instead, he did the evasive, language loophole dance perfected by all politicians.

”I think we will have better choices in 2024,” Pence said. “I’m very confident that Republican primary voters will choose wisely.”