Miley Cyrus says there’s a lot people don’t know about her split with ex Liam Hemsworth ― even though a lot of the details (and the timeline) seem very public.

The “Midnight Sky” singer, who was married to her “Last Song” co-star for less than a year, stopped by the “Joe Rogan Experience” podcast on Wednesday to talk about her “very public divorce” and what “sucked” the most about it.

“It wasn’t the fact that me and someone that I loved realized that we don’t love each other the way that we used to anymore. That’s OK, I can accept that,” she said.

“I can’t accept the villainizing and just all those stories,” Cyrus said. “It’s amazing that the public kind of thinks there’s no gap of time they didn’t see that could possibly be what led to this.”

During the interview, Cyrus also addressed other people’s comments last year about how quickly she’d moved on with her friend reality star Kaitlynn Carter after separating from Hemsworth. 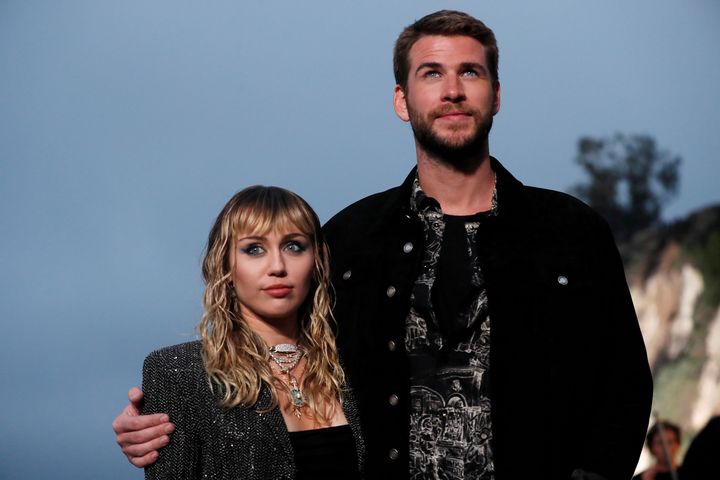 “It’s not, ‘One day you were happy on the carpet, and the next you’re making out with your friend in Italy, what the fuck?’ Well, there was a lot of time between that that you didn’t see,” the entertainer said.

After ending things with Hemsworth and later Carter, Cyrus began dating Australian singer Cody Simpson. The two recently called it quits after about 10 months together.

“I think men in my life have told me that I’m cold ― I’m a cold fucking bitch because I leave when things are done,” Cyrus said. She said she “used to be very emotional” but now worries that she’s “too tough.”

“I worry sometimes that I can get over things easily. I don’t fall to the floor and crawl up in a ball the way that I used to and I think that’s a part of me growing up,” the “Wrecking Ball” singer said.

Part of that evolution means that Cyrus is now more sure of what she’s looking for in her next partner.

“I want the soul connection but I’m more about the brain connection,” she explained, adding that she’s looking for someone older to date.

Hemsworth and Cyrus separated in August 2019 after less than a year of marriage, though the two had been together on and off for nearly a decade.

“Liam and Miley have agreed to separate at this time,” a rep for Cyrus told People last year. “Ever-evolving, changing as partners and individuals, they have decided this is what’s best while they both focus on themselves and careers.”

Hemsworth is currently in a relationship with Australian model Gabriella Brooks.