Just six months after country star Morgan Wallen was caught on video using a racial slur, he’s back on TV talking about what he’s learned. He spoke with Good Morning America‘s Michael Strahan about casually using offensive language, both “playfully” and “ignorantly.” 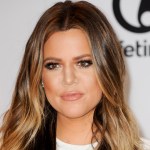 When the drunken video was originally released back in early February by TMZ, Wallen shared a statement with People talking about how “embarrassed and sorry” he was. “I used an unacceptable and inappropriate racial slur that I wish I could take back,” the singer said. “There are no excuses to use this type of language, ever. I want to sincerely apologize for using the word. I promise to do better.”

After spending 30 days in a San Diego rehab facility to get some help with his drinking, the “Dangerous” singer still seems to have a lack of understanding of how deep his words cut the Black community. Even though he didn’t mean those words in “any derogatory manner at all” since he was amongst friends who “say dumb stuff together,” Wallen was still “not sure” what gave him the confidence in letting that horrible word just roll off his tongue. “I think I was just ignorant about it,” he told Strahan. “I don’t think I sat down and was, like, ‘Hey, is this right or is this wrong?’”

What’s even more frustrating is how Wallen responded to the GMA anchor when he probed about the racism issue being an industrywide issue for country music. After taking time off from his career to reflect on his actions, it was baffling to hear his answer. “It would seem that way, yeah,” he said. “I haven’t really sat and thought about that.” But none of this has affected Wallen’s career one bit as sales of his second album, Dangerous: The Double Album, skyrocketed after the video was released to the  public. Even with a $500,000 donation to the Black Music Action Coalition, it seems like Wallen has a long way to go in understanding how his ignorance only fuels the strength of racism, particularly in country music.

Before you go, click here to see celebrities who have struggled with drug or alcohol addiction.