A lasting effect. Nathalie Emmanuel may be best known as Missandei in Game of Thrones, but that doesn’t mean she’ll always be up for such a revealing part.

During the May 25 episode of the “Make It Reign with Josh Smith” podcast, the 32-year-old actress, who starred in 38 episodes of the HBO series, opened up about how doing nude scenes in the show had long-term effects on her career.

From Page to Screen! TV Shows Based on Best-Selling Books

“When I did Game of Thrones, I agreed toward certain nude scenes or nudity within the show,” the F9 star explained during the podcast. “And the perception from other projects, when the role required nudity, that I was just open to do anything because I did it on that one show.” 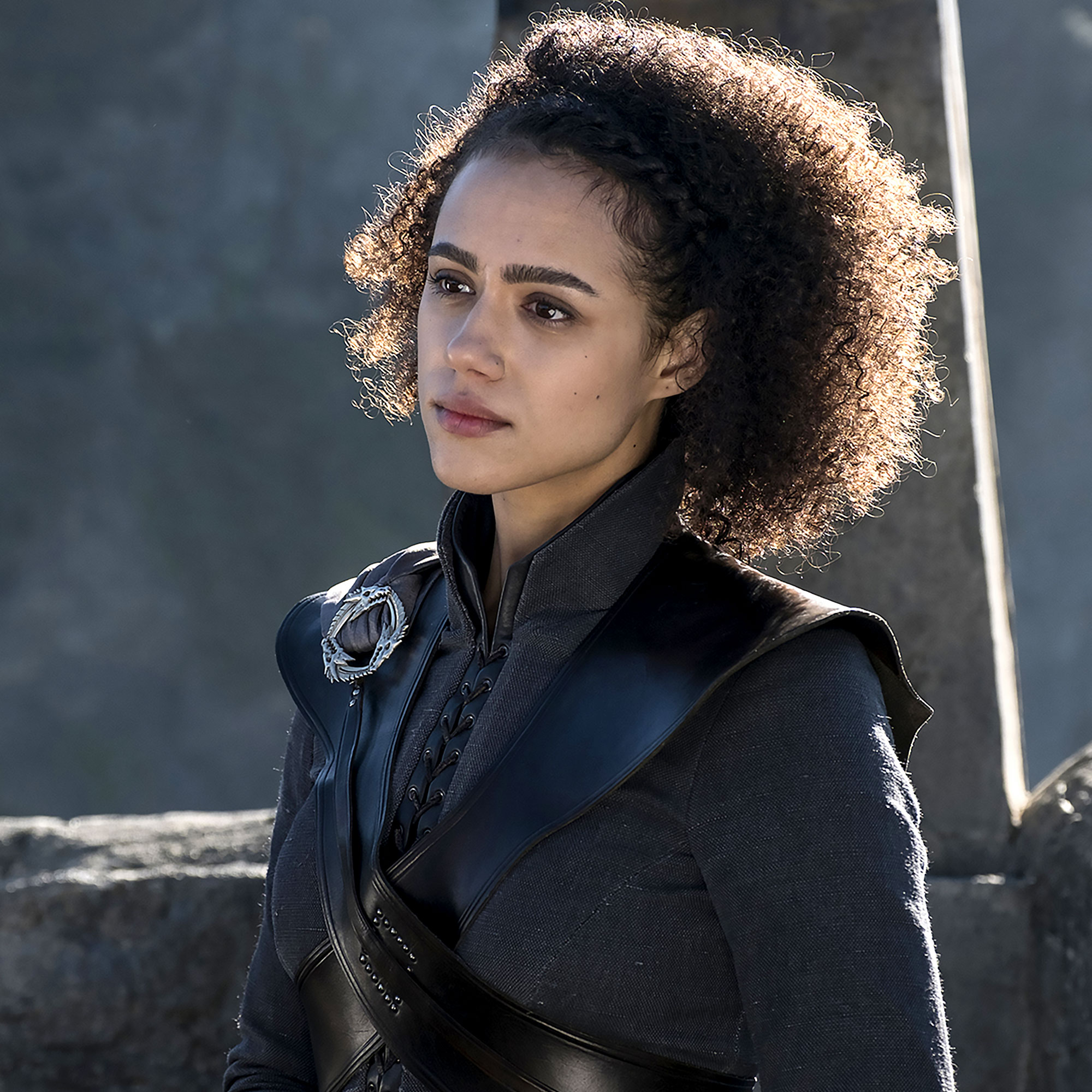 The Four Weddings and a Funeral alum noted that she has been “challenged” by creators since her time on the fantasy series came to an end.

‘Game of Thrones’ Stars: From Their First ‘GoT’ Premiere to Their Last

“[They’d] be like, ‘But this part requires that,’ and I said, ‘That’s fine if you require that in the part; I don’t feel comfortable doing that level of nudity,’” she recalled. “‘I will do this amount, you know, I can do this, which I think is necessary for the part.’”

Emmanuel has no problem speaking up if she does feel like there’s too much nudity or if something is not done tastefully. “[I’d say,] ‘Thank you very much, I appreciate your interest but that’s just not what I feel is necessary for this part and it’s a difference of opinion and creative differences and that’s fine.’”

The England native added, “Nine times out of 10, people are much more solutions-based and want to come to a compromise.”

See What the ‘Game of Thrones’ Cast Looks Like Off Screen

Emmanuel is not the first Game of Thrones cast member that has spoken out about the nudity in the series. Carice Van Houten told Insider in 2020 that following the #MeToo movement, she looked at the scenes differently.

“In retrospect, I thought, ‘Why did that scene have to be nude? Why was that normal?’” the Dutch actress, 44, recalled at the time. “I did question things and it was not so much that I was blaming anyone, but that’s just how we evolved, and just how the movement affected me. … [I was] very aware of the male gaze.”

Emilia Clarke, who played Daenerys Targaryen, revealed that she was tired of doing nude scenes after Game of Thrones — which is why she turned down the lead role in Fifty Shades of Grey.

“The last time that I was naked on camera on [Game of Thrones] was a long time ago, and yet it is the only question that I ever get asked because I am a woman,” Clarke, 34, told The Hollywood Reporter in 2019. “And it’s annoying as hell and I’m sick and tired of it because I did it for the character — I didn’t do it so some guy could check out my tits, for God’s sake.”