The Off Broadway institution unveiled a “superseason” of performances beginning in August, and continuing through 2022-23. 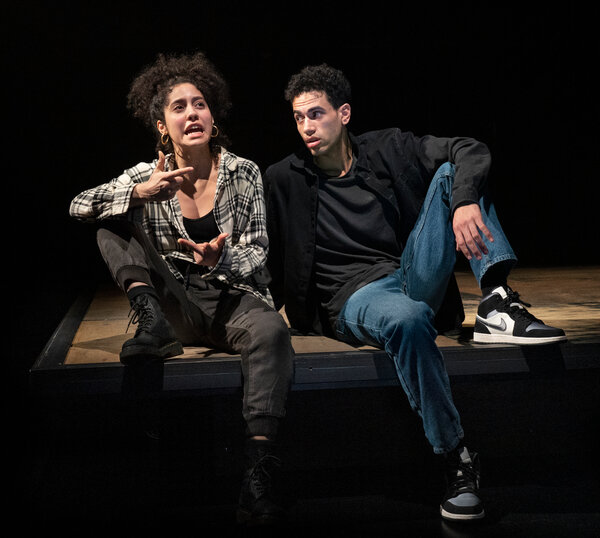 One major Off Broadway institution announced its return to live performances on Tuesday when New York Theater Workshop unveiled its 2021-22 season, which will begin in August and overwhelmingly feature projects by women and people of color.

Among the five productions announced is “Sanctuary City,” by the Pulitzer Prize-winning playwright Martyna Majok, which was eight preview performances into its run last March before the pandemic brought live theater to a standstill. That play, about two teenage children of undocumented immigrants, will be directed by Rebecca Frecknall and is planned for September.

New York Theater Workshop also said it had slated four shows so far for 2022-23, including a staging of Chekhov’s “Three Sisters” that had originally been planned for 2020. Directed by Sam Gold and adapted by Clare Barron, its starry cast was set to include Greta Gerwig, Oscar Isaac, Steve Buscemi, Chris Messina, Lola Kirke and more. The new ensemble hasn’t been announced, but Jeremy Blocker, the theater’s managing director, said in an interview that “the goal is to keep that incredible company together.”

Unveiling two seasons at once — a “superseason,” as James C. Nicola, the theater’s artistic director, coined it in an interview — is a way to both “make a big noise” about coming back to the stage and to honor commitments made to artists before the pandemic, he said. But perhaps most notably, it offers some breathing room for his successor when Nicola steps down in June 2022 after leading the theater for 34 years — a tenure that has included early runs of the acclaimed “Slave Play” and Tony Award-winning musicals like “Rent,” “Hadestown” and “Once.”

“I realized how, having done it for 30-something-odd years now, how personal this is — how personal it is to be in a conversation about work that’s still in the state of being imagined by an artist,” Nicola said. “It’s going to be a really interesting challenge to not be a part of that for a while once I leave.”

The 2021-22 season is set to open in August with Whitney White’s “Semblance,” which is being billed as a “filmed theatrical experience” on the perception of Black women, presented both virtually and as an immersive installation. White, who last year won an Obie Award for her direction of “Our Dear Dead Drug Lord,” will also direct the world premiere of “On Sugarland,” written by the fellow Obie winner Aleshea Harris, in early 2022.

This fall, Kristina Wong will build on her streamed work “Kristina Wong, Sweatshop Overlord” for a new show about creating a homemade face-covering enterprise during the pandemic. It will be directed by Chay Yew. And closing out the season is the musical “Dreaming Zenzile” — a world premiere based on the life of the South African musician and activist Miriam Makeba — written and performed by the singer Somi Kakoma, and directed by Lileana Blain-Cruz.

“What is emerging to me in that season ahead is the nature of community — the necessity, the compulsion, that we have as a species to gather,” Nicola said. “To be a part of a family.”

Following “Three Sisters” in 2022 is “american (tele)visions,” a multimedia memory play about an undocumented Mexican family, written by Victor I. Cazares and directed by Rubén Polendo. Liliana Padilla’s “How to Defend Yourself,” about a group of college students channeling their emotions through a self-defense class after a fellow student is raped, will follow. Padilla is set to co-direct with Steph Paul and Rachel Chavkin, whose New York Theater Workshop credits include the Off Broadway run of “Hadestown.”

That season’s final production, of those announced so far, is “The Half-God of Rainfall,” a contemporary myth, written by Inua Ellams (“Barber Shop Chronicles”), about a hero who is half Nigerian mortal and half Greek god.

Coronavirus safety protocols might change, but for now the theater is planning to ask audience members for proof of vaccination or a negative Covid-19 test, and to require that masks be worn in the house.

Performance schedules have not yet been announced, but when live shows return to New York Theater Workshop’s stage, employees in the industry who lost work during the pandemic will have one less financial worry: Their tickets will be free.