Nicolas Cage and his wife Riko Shibata made a striking pair on the red carpet in a rare appearance at the 2021 GQ Men of the Year Party in West Hollywood on Thursday night. The newlyweds are enjoying the bliss of marriage after taking their quarantine romance up a notch and eloping in Las Vegas in February.

They looked blissfully in love as Cage kept his look classic by donning a black suit accessorized with a gray fedora. Shibata honored her Japanese heritage with a beautiful floral kimono along with geta sandals, the traditional footwear with formal fashions. She looked at her husband adoringly throughout their time on the red carpet, so it looks like married life suits them well. 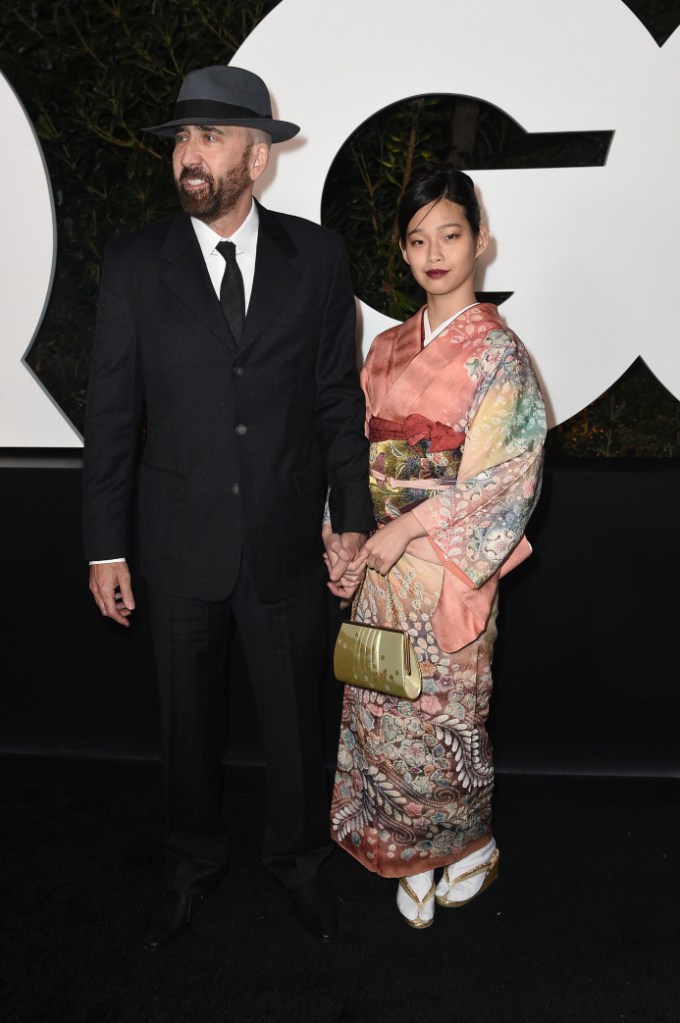 Of course, there are detractors, who raise their eyebrows at Cage and Shibata’s 31-year age difference, especially since this is the actor’s fifth marriage. But that wasn’t going to stop the Face/Off star because he was in love and the global shutdown during the pandemic was not going to stop their relationship. “She left New York and went back to Kyoto, Japan and I went back to Nevada,” he explained on his brother, Marc ‘The Cope’ Coppola’s, Q104.3 radio show. “I haven’t seen her for six months and we’re really happy together and we’re really excited to spend that time together so I finally just said look ‘I wanna marry you’ and we got engaged on FaceTime.”

Since Cage doesn’t do anything conventionally, he revealed that he gave her a “black diamond engagement ring” and “sent it to her FedEx.” That didn’t seem to bother Shibata one bit because she now gets to spend forever with him now that they are located in the same country as husband and wife.

Before you go, click here to see celebrity couples with significant age differences.