Olivia Rodrigo may have given Courtney Love a little déjà vu with a recent photo shoot, but she made it clear this week that any lingering beef was strictly one-sided.

The Disney actor-turned-pop superstar opened up about her rising music career in an interview with GQ published Wednesday. Though she steers clear of specifics regarding Love’s headline-making accusations, she told the magazine, “To be honest, I’m just flattered that Courtney Love knows that I exist.”

In June, Love publicly called Rodrigo out over the promotional artwork for “Sour Prom,” a livestreamed concert film. One of the images showed Rodrigo in a pink gown and a tiara carrying a bouquet of flowers, with mascara tears streaming down her face.

Rodrigo’s photo shared similarities to the prom queen-themed cover art for “Live Through This,” the 1994 album by Love’s former band, Hole. It may have been an intentional tribute given Rodrigo’s stated preference for 1990s alt-rock, but Love wasn’t feeling it.

“My cover was my original idea,” the rock icon wrote in a since-deleted Facebook post. “A thing you maybe have to actually live life to acquire? I don’t know. Anyway. Disney? Yes it’s rude.” 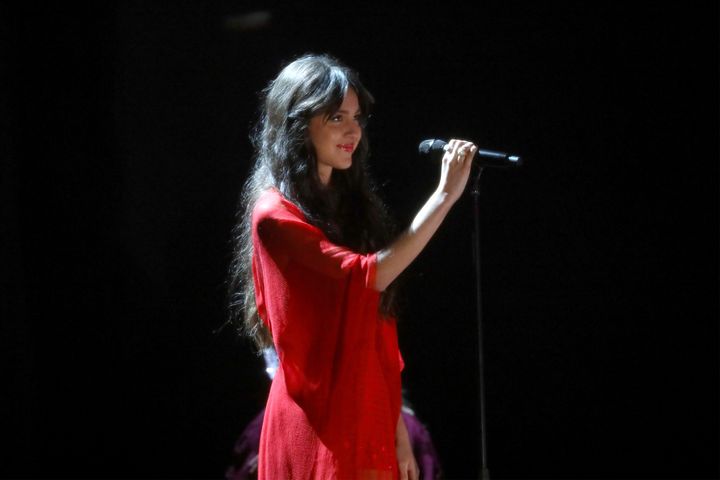 “I’ve informed her I await her flowers snd [sic] note,” she added. “I sure hope it’s long. Does Disney teach kids reading and writing? God knows. Let’s see. Yes this is rude. Rage inducing? Honey if I had a dollar for everyone this happens? I’d be real rich!”

The remainder of Wednesday’s GQ interview, however, was dedicated to Rodrigo’s smash album, “Sour,” and her plans for the future. She described the ongoing scrutiny over her love life on TikTok and other social media platforms as “really weird.” And as for rumored ex-boyfriend Joshua Bassett, who in June identified as “part of the LGBTQ+ community,” she said, “I know nothing about it, and it’s not my business to speak on it.”

Later, she admitted she’s been following Britney Spears’ ongoing conservatorship battle “very closely,” and said she could relate to the  “Toxic” singer’s professional woes as a young woman in the music business.

“I think, as an industry, people are getting better at not taking advantage of and manipulating and bullying young women,” she explained. “But it’s still so apparent, and I witness that too. Not near at the level that Britney has, obviously. I think that’s an important paradigm that I hope that we’ll be able to break in the coming generations. I’ve definitely seen corporate dollars be prioritized over people’s mental health.”