After years working in front of the camera, Olivia Wilde proved herself just as capable taking a behind-the-scenes role with her 2019 directorial debut Booksmart. Three years later, the actress and filmmaker has a new picture on the way with Don’t Worry Darling, which will hold its world premiere at the Venice Film Festival this September. Buzz surrounding the film hit a fever pitch when its first trailer debuted, featuring a scene in which Harry Styles’ character Jack performs oral sex on co-star Florence Pugh’s Alice. Despite the sensational coverage of the intimate scene, Wilde knows there’s way more to putting female pleasure front and center on film.

“Female pleasure, the best versions of it that you see nowadays, are in queer films,” Wilde observed in a recent profile with Variety. “Why are we more comfortable with female pleasure when it’s two women on film? In hetero sex scenes in film, the focus on men as the recipients of pleasure is almost ubiquitous.” 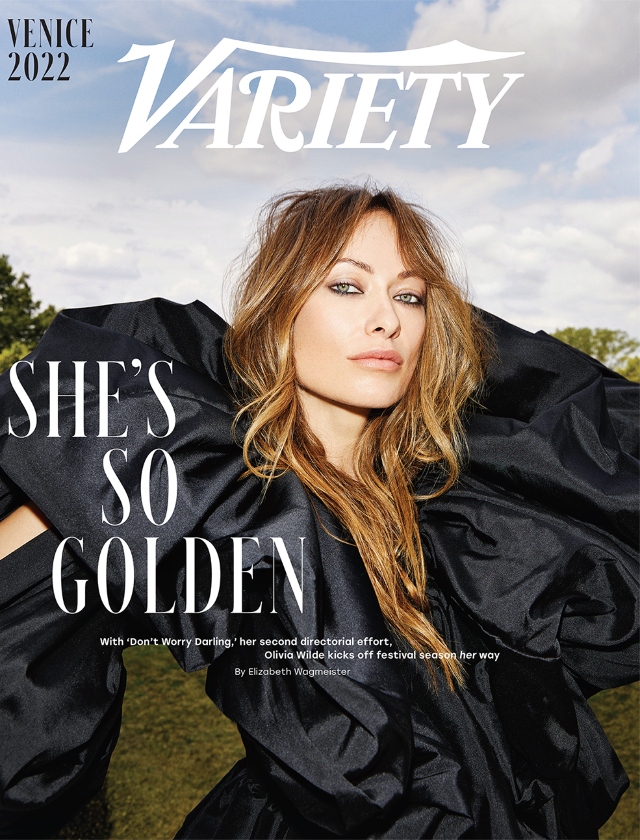 In an effort to subvert that very notion, Wilde revealed “Men don’t come in this film. Only women here!” Speaking in greater detail about Don’t Worry Darling‘s central characters and their fraught relationship, Wilde noted just how much is really happening — on an introspective, psychological level — in those sex scenes. “It’s all about immediacy and extreme passion for one another,” she shared with Variety.

“The impractical nature of their sex speaks to their ferocious desire for one another. I think it’s integral to the story itself and how the audience is meant to connect to them. My early conversations with the cast were all about how the audience has to buy into the fantasy.” Don’t Worry Darling focuses on an experimental, utopia-like town, called Victory, where Alice (Pugh) and Jack (Styles) lead an idyllic existence. But when Alice begins to notice the threads holding the experiment together coming apart, the seemingly perfect world starts to shutter and crumble.

Don’t Worry Darling is arguably one of the most highly anticipated films of the 2022. As we head into the fall movie season (and subsequent awards season), the conversations surrounding Wilde’s film will surely hit a new volume — and her depiction of female pleasure will all but certainly become a major talking point. We’re just intrigued to see the impact of Wilde’s lens on such intimate interactions.

Click here to see all the hottest sex scenes on TV.