Paris Hilton is having a fabulous second chapter in her career after bursting onto the pop culture scene in the early 2000s in New York City. From hitting the clubs at 16, thanks to her fake I.D., to her reality show, The Simple Life, with BFF Nicole Richie, fans ran around in pink Juicy Couture sweats and chimed “that’s hot” to everything Paris did. 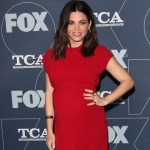 A more mature Paris is back with a new Netflix show, Cooking with Paris, premiering Aug. 4, and an upcoming wedding-related docuseries shortly thereafter, Paris in Love — things are looking good for the former celebutante. But let’s get into the real details that Footwear News revealed in their latest interview with Paris, mom Kathy Hilton and sister Nicky Hilton — wedding updates with fiancé Carter Reum.

Mark your calendars because Paris let it be known that the wedding is happening “before the end of the year, for sure.” She’s currently in the beginning stages of locking down a venue, but like every COVID bride, things are “stressful.” It doesn’t sound like she needs to worry about it, though, because someone else is in charge. “I know what I’m doing,” Kathy confirmed. “Just trust me. Tell me just the color flowers you want. Tell me the menu. Trust me. Nicky’s wedding was incredible and absolutely beautiful.”

The other big news that dropped earlier in the week was that Paris is pregnant — except she’s not. The Page Six report even “confused” her sister, who added, “I just knew it was 100% not true because, first of all, I did spend a week with her in L.A., every single day, and she does not have the self-control or discipline to keep a secret like that from me. It’s ridiculous, so silly.” Paris chimed in, “The only thing in the oven at the moment is my ‘Sliving’ Lasagna.’” If you need to know, she’s coined a new phrase combining “slaying” and “living.” OK!

But yes, a baby is in the plans, but that’s a post-wedding situation that she is working on for 2022. In the meantime, Paris can be found releasing her “29th fragrance,” “writing [her] third book and doing [her] second album,” in addition to about five other projects. She’s got plenty on her plate, but right now, pregnancy isn’t one of them.

Before you go, click here to see all the celebrities who have been engaged four or more times.