It’s hard to imagine a 17-year-old who has worked with the likes of Tracee Ellis Ross, Regina Hall, and Issa Rae, knowing that this is just the first phase of their career. And yet, Marsai Martin is that young woman, whose burgeoning acting career is taking her to new heights. The young star, known best for her role as Diane Johnson on the critically acclaimed and beloved ABC sitcom Black-ish, now lends her voice to the film adaptation of Paw Patrol, out August 20. As Martin prepares to write the next chapter in her already accomplished career, the actress spoke with SheKnows’ Entertainment Editor Louisa Ballhaus about why her character, Liberty, resonated with her so much as she continues to inspire young audiences who look up to her. 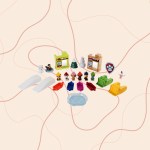 
This PAW Patrol Advent Calendar Is the Only One Your Kid Wants This Year & Yes, It's on Amazon

“The overall message is how beautiful and meaningful friendships are,” Martin shared. “You know, friendships are so amazing and so impactful, and working together as a team makes it even better. And you can change the world while doing it.” Indeed, Paw Patrol has been a gateway for young audiences to learn firsthand how vital interpersonal connections are — something that Martin recognizes in her own life.

Over the course of the past few years, Martin’s had the opportunity to work with some true Hollywood heavyweights while she becomes one herself. As she transitions into more mature roles, the actress will take on the scripted podcast adaptation of Lauren Miller’s sci-fi book Free To Fall, along with a leading role in the 2022 film Fantasy Football. In her career thus far, Martin has clearly attracted projects that align with her values and her drive to show “young girls how to be confident in themselves” — and we don’t think she’s going to slow down anytime soon. Read on for our full interview with the young star, and see Paw Patrol: The Movie out August 20.

SheKnows: I got to watch Paw Patrol, which was so much fun. Your character Liberty is a big fan of the Paw Patrol when she meets them — were you a Paw Patrol fan when you got involved?

Marsai Martin: I was a Paw Patrol fan, yes. I have a little sister, too, [and] she absolutely loves, loves, loves the franchise. So it kind of just felt right. When I got the offer to play Liberty, it just was like, yes, because it’s loved by so many people. 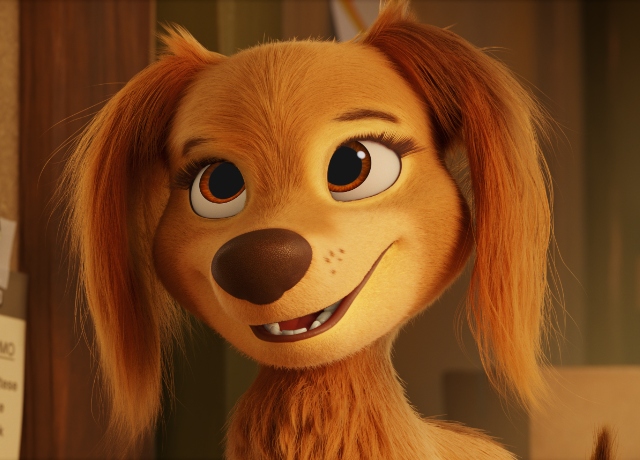 SK: Amazing. Did you get your sister any cool swag?

MM: You know what’s funny? We were actually in a studio, so it was like a different type of set. So it was really just me in a booth with other filmmakers. But she definitely did get a lot of cool little toys.

SK: That’s important. Who were you most excited to work with on the Patrol movie?

MM: There are so many amazing people that are in this film. It’s such a star-studded cast. I would say Iain (Armitage, who plays Chase). I mean, he is so sweet and so mature for his age, and I absolutely love and adore him. Working with him and doing press together was actually pretty fun. And everyone else — honestly, hearing their voices in Paw Patrol is actually really, really cool.

SK: What do you think is the central message of the film? What do you want families to come out of it thinking?

MM: The overall message is how beautiful and meaningful friendships are. You know, friendships are so amazing and so impactful, and working together as a team makes it even better. And you can change the world while doing it. So, I think that’s a cool meaning behind the Paw Patrol. This movie is very much for an entire family to watch, because not only do they show friendship, but they show emotions. Chase goes through ups and downs and in some things — without giving it away — I feel like it is a very important movie to see. It’s about using your voice and believing in yourself. And I think that’s a cool story behind the film as well.

A post shared by PAW Patrol: The Movie (@pawpatrolmovie)

SK: You’re a great example of using your voice and believing in yourself. The representation that Black-ish offers and that you offered to Black girls was such a breakthrough. Was there anyone you looked to when taking that on, who made you feel seen growing up? Or did it feel like you were starting from scratch?

MM: I think it was a mix of both. I saw a lot of Black women in film, but I didn’t see a lot of young Black girls in the spaces that I was watching. And if I did see them, they would be snatching wigs out of people’s heads and throwing things and [doing] a different, weird stereotypical thing for Black women in general. And in my world, I felt like that was the only way people saw us was in that circle that they would put us in.

And now being in the industry, and being able to create my own content, I want to see other stories, you know, changing the narrative. How other young Black girls want to see it. So there was definitely a mix of seeing Black women on screen, but not in the same way that you would see a white man with a dog. So it’s very different. But I think with Paw Patrol, Liberty is an amazing pup that shows young girls how to be confident in themselves and to push for what they love to do, and making your dreams become a reality.

SK: You’ve been acting for so long — is there a next step that you’re excited about? Is there a kind of role you haven’t gotten to take on yet, but would love to do?

MM: A lot of people don’t know, but there are just so many films planned for the next couple of years that I am just super excited for and put me up to different challenges that I never really experienced for myself before. So I think it’s very awesome that I am able to be a part of this world of creating and producing. I mean, I love a lot of different things — reality, sci-fi, action — so, being a part of those worlds, I’m very excited to be seen in that way. 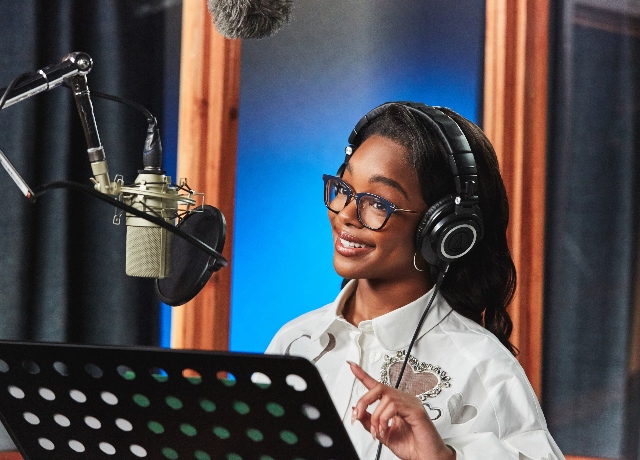 SK: Is there anything that scares you as you move on from being a child star?

MM: That’s a good question. I would say — for the longest time, what I was afraid of was public speaking. Public speaking really made me nervous. I don’t know how I got that way, but it just made me nervous because you don’t want to say the wrong thing or be interpreted in a different way because of how people frame your words. It’s fine now, I’m way more comfortable. But at the moment there’s really nothing, if I have to choose, there’s nothing I’m really afraid of. I’m actually interested and curious to see moving forward how it’s going to be. Going into adulthood now, being 17, it’s a little interesting.

SK: You’re launching a financial literacy show, which is so cool. What tools do you think young people are missing? What inspired you to get into that?

MM: Well, first and foremost, I never saw myself as the academic, education type because I never really liked school. And I think a lot of kids can relate to that. And one thing that we all have to learn as we go into adulthood is money — taking care of it, not getting stolen or taken away from you, and how you can build while creating your dream life or your future, something that you love to do. Not working at a job that you don’t like, because I feel like a lot of people can get stuck in that.

Money with Marsai — that’s what it’s called — it’s important because it breaks down the steps of what you need to do and what you need to take in while building money, while saving up. Real estate is a very big thing, I talked to DJ Envy about that, which is pretty cool. There are so many routes you can take to achieve what you want to achieve. So, with my financial show, it just breaks all that down. I talk to amazing people that are really cool professionals to give us a step-by-step for where to start.

SK: What’s the best piece of advice you’ve ever gotten?

MM: My dad always tells me: the hardest thing that’s going to hit you is life — nothing is harder than life. So, don’t be afraid to do something that you think is overly stressful, or this is the hardest thing you’re ever going to do, because the hardest thing that is going to hit you is life. But God will never give you something that you can’t handle. So I would say that’s one of the best [pieces of] advice I’ve ever gotten. And also with my mom, too, she always says, “What’s for you is what’s for you.” And, “you don’t chase, you attract.” Whatever comes to you is just simply going to come to you, and you just take that with a grain of salt.

This interview has been edited and condensed for length and clarity.

Click here for the best family-friendly documentaries to watch with your kids.